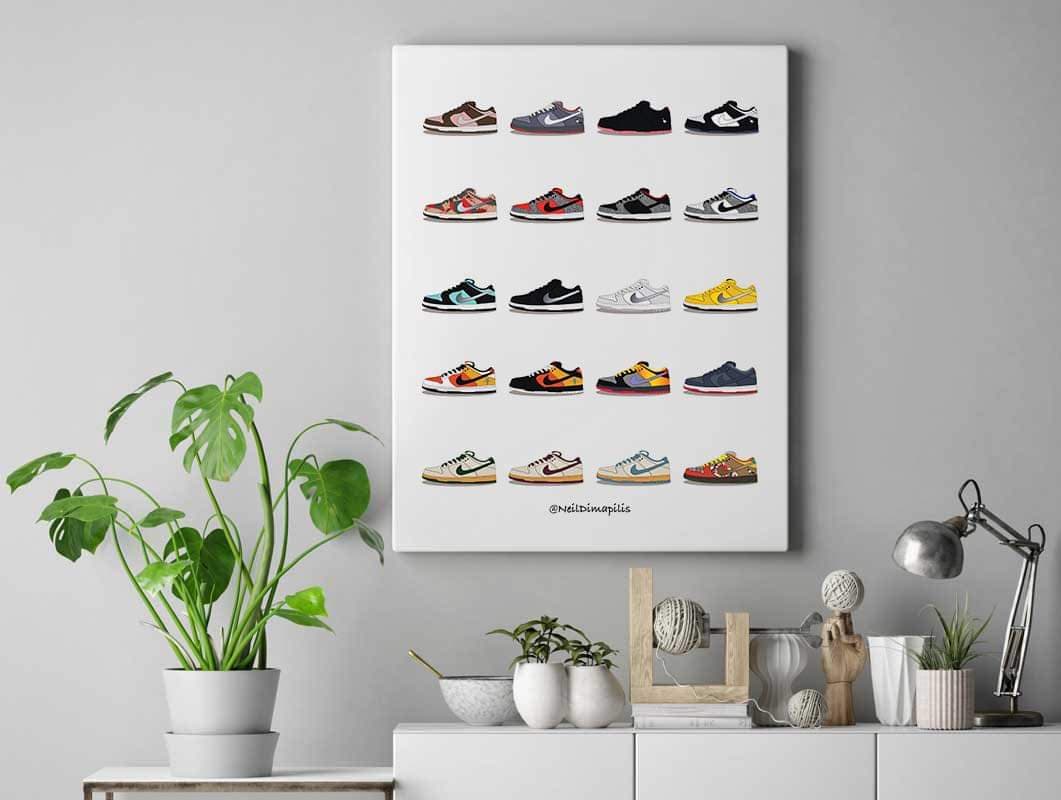 Nike SB has always been a mainstay in sneaker circles. Aside from Jordans, the skateboarding line may single-handedly be responsible for the “collecting” aspect of it. From the nerdiest sneaker collector, your Travis Scott-worshipping friend, to your sneaker businessman neighbor, Nike SB always has something in store to get anyone hyped up.

From the Supreme and Stussy collabs, to Diamond’s Tiffanys, to the current Travis Scott collabs, Nike SB has proven time and time again that they are forerunners not only with the sneaker movement but they have also impacted streetwear culture. Of course, the Jordans will be in a league of their own, but if you’re looking into the street-savvy side of Nike with a much more edge and skate mentality and aesthetic, then you’ve come to the right alleyway.
Here’s a small list of why the brand is still driving everyone nuts!

1. They established a Collector’s Mentality

Ever heard of a guy who collects vintage comics and action figures to the point of living and breathing them? That same mentality is established among the most hardcore SB Dunk collectors and completists. It’s like an NBA Card attitude where you gotta own them all. The colorways, the collabs, every pair has a story and nice visual impact to them that you will be collecting them before you know it.

2. They have the Street Cred

You may not believe this, but there was a time that Nike SB was laughed at by the skateboarding community. They even released pairs that did not sit well with the athletes. By taking a step back, they re-did the classic Dunks and built it specifically with features to please the discerning skater. This includes a fattened tongue, Zoom Air insoles, and of course, aesthetics to win even the most jaded skater over.

3. Their Collaborations and Back Stories Are The Stuff Of Legend

From their sworn allegiance to the Jordan 3 with the 2002 Supreme collab, their tribute to the fictional Roswell Rayguns team, down to their City Pack that includes the legendary Paris and NYC Pigeon Dunks and of course. Nike SB has had more hits than misses, and their misses ain’t that bad too. Heck, even scrapped models like the Freddy Krueger, Jason Voorhees, and recently the 7-11 SB Dunks are also dope.

4. They are the Best Sneaker Investments!

Try searching “Nike SB” on StockX or Grailed and your jaws will drop, as their market prices are insane. If you copped some releases from the past in good condition, you’ll probably get a hefty sum for them now.  There was a time that the line was at an all-time low but their classics are always in the green and even crazier now.  Search for the Reese Forbes Nike SB Dunk or the Zoo York collab–both from 2002. Back then, they used to cost less than a hundred Dollars but fast forward today, they can fetch as much as $10,000!

Of course, no sneaker line would achieve such a legendary status without them looking good on feet! Anybody into streetwear culture knows how everyone has embraced SB’s big time! Travis Scott, being their current poster boy, is the obvious example. But there has been a lot of influencers who’ve got love for the line via their IG feeds and collections. It’s that versatility, whether they land with jeans, shorts, or camouflage pants, they just look good.

If you’re just starting out, we are telling you, you’re in for a treat! Don’t stress yourself out and play catch up with the crazily priced grails, we suggest you’d go for the newer ones (the general releases are good) and invest in them. Besides, Nike SB won’t be going away anytime soon!