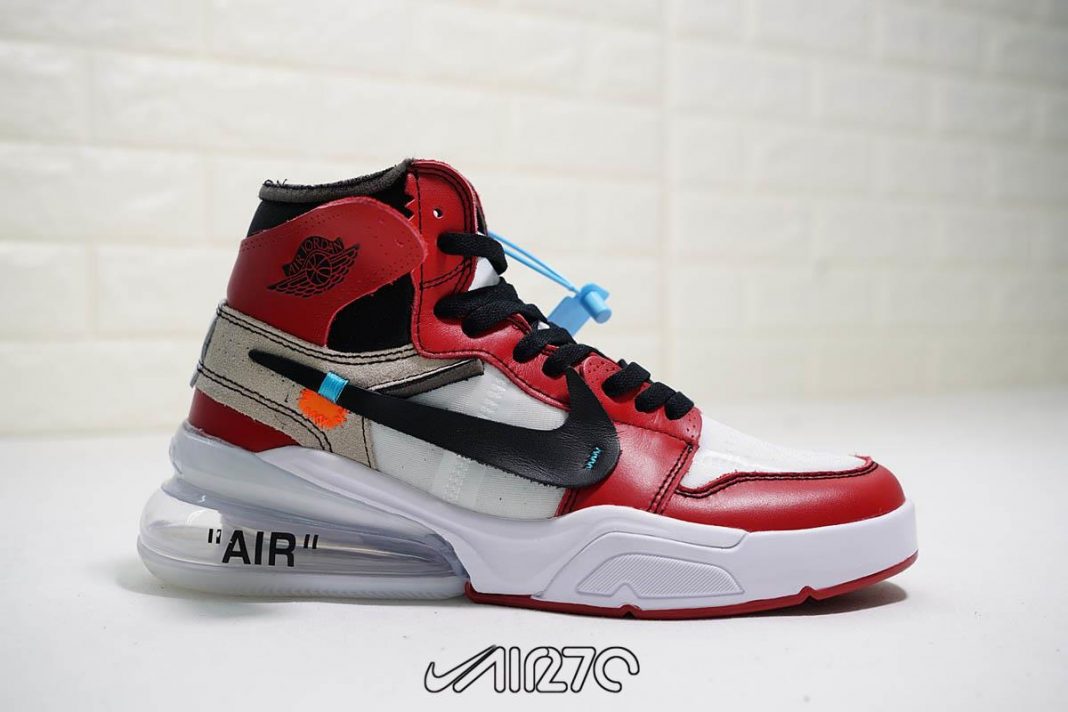 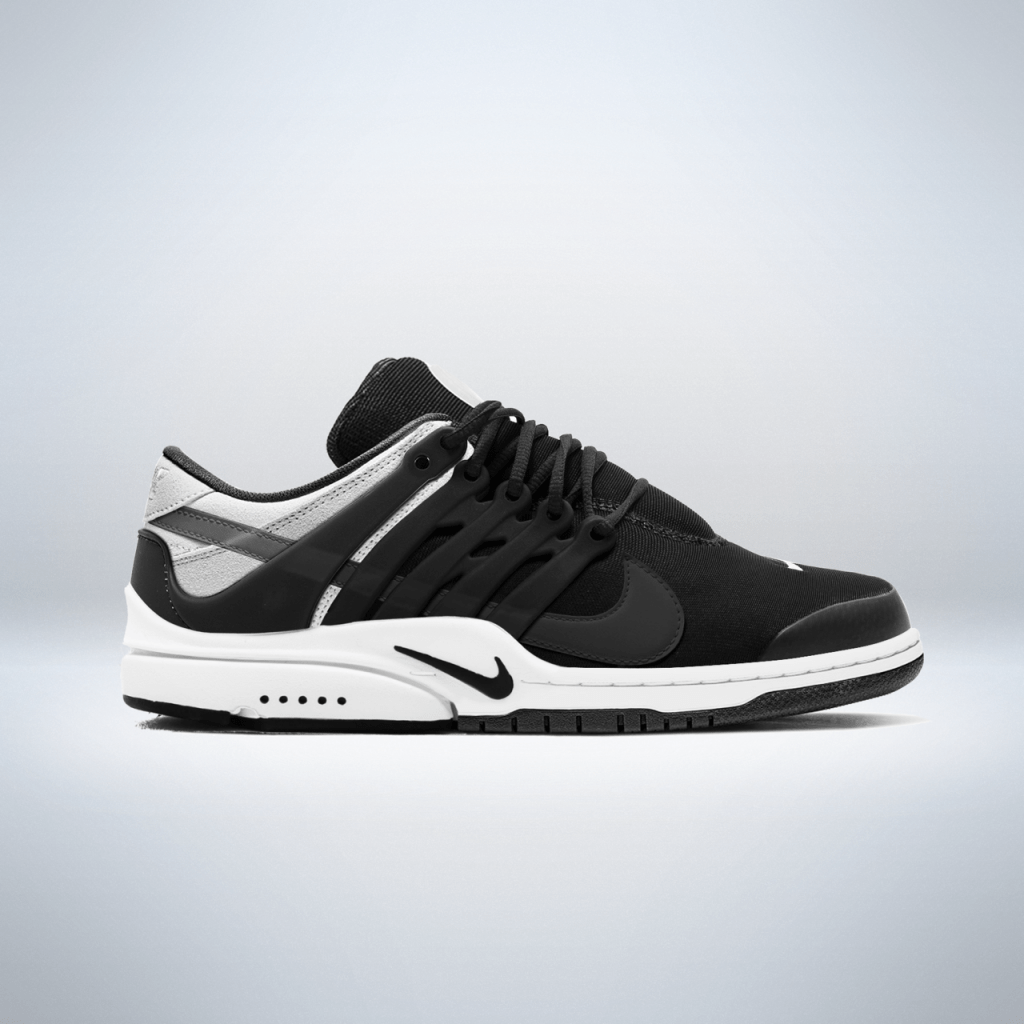 There is nothing like leaving something to the imagination. But then, if you happen to skillfully visualize it and share what you envision to the world, it becomes all the more special. 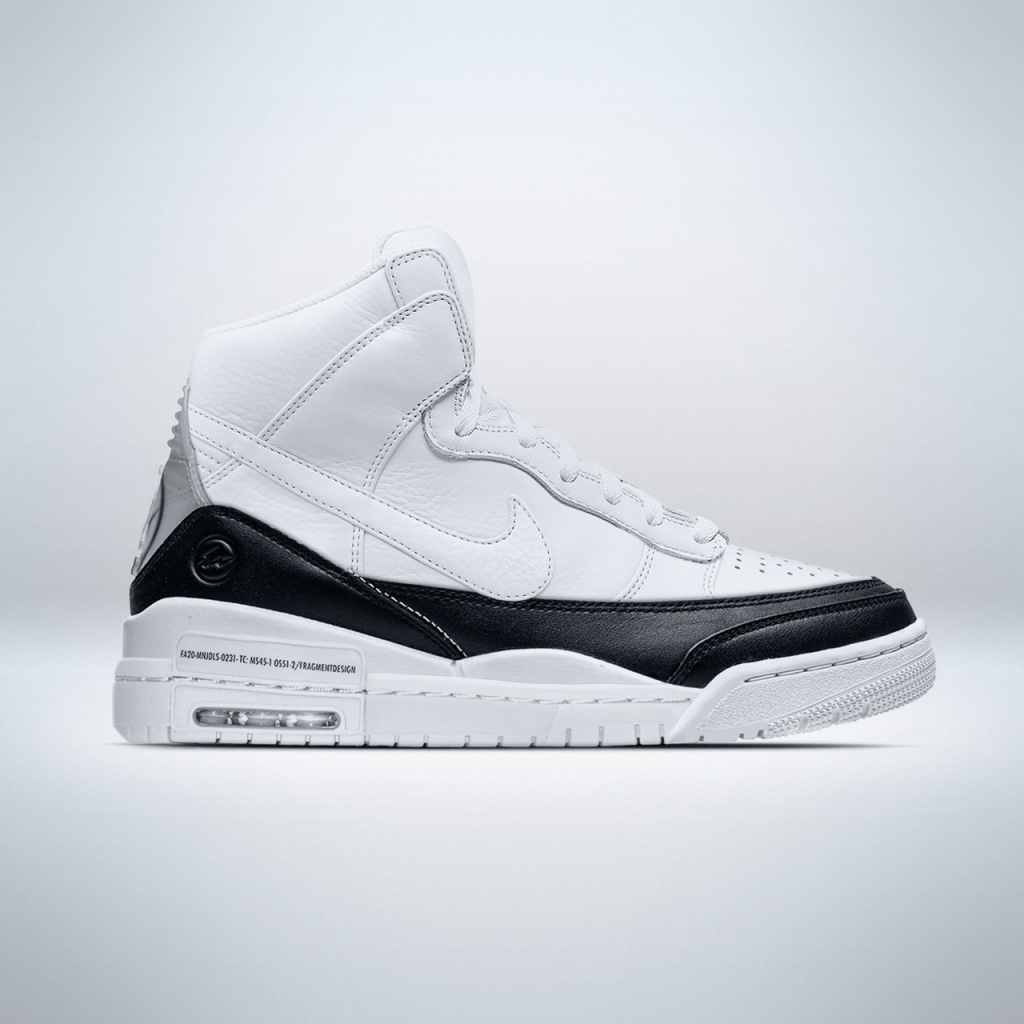 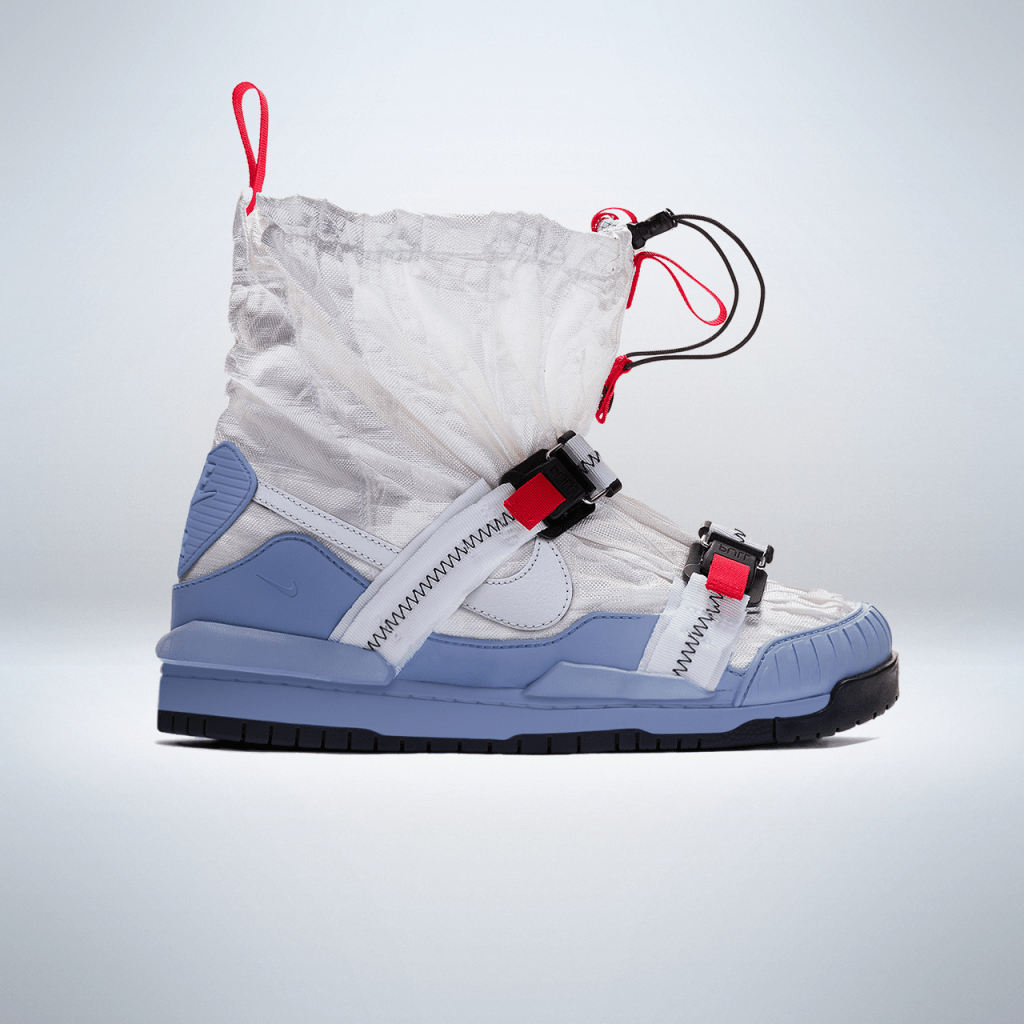 Enter the world of designer Chad Manzo, whose obsession with footwear is on another level. He has turned a lot of heads by creating a mishmash of popular sneaker models and turning them into his own. 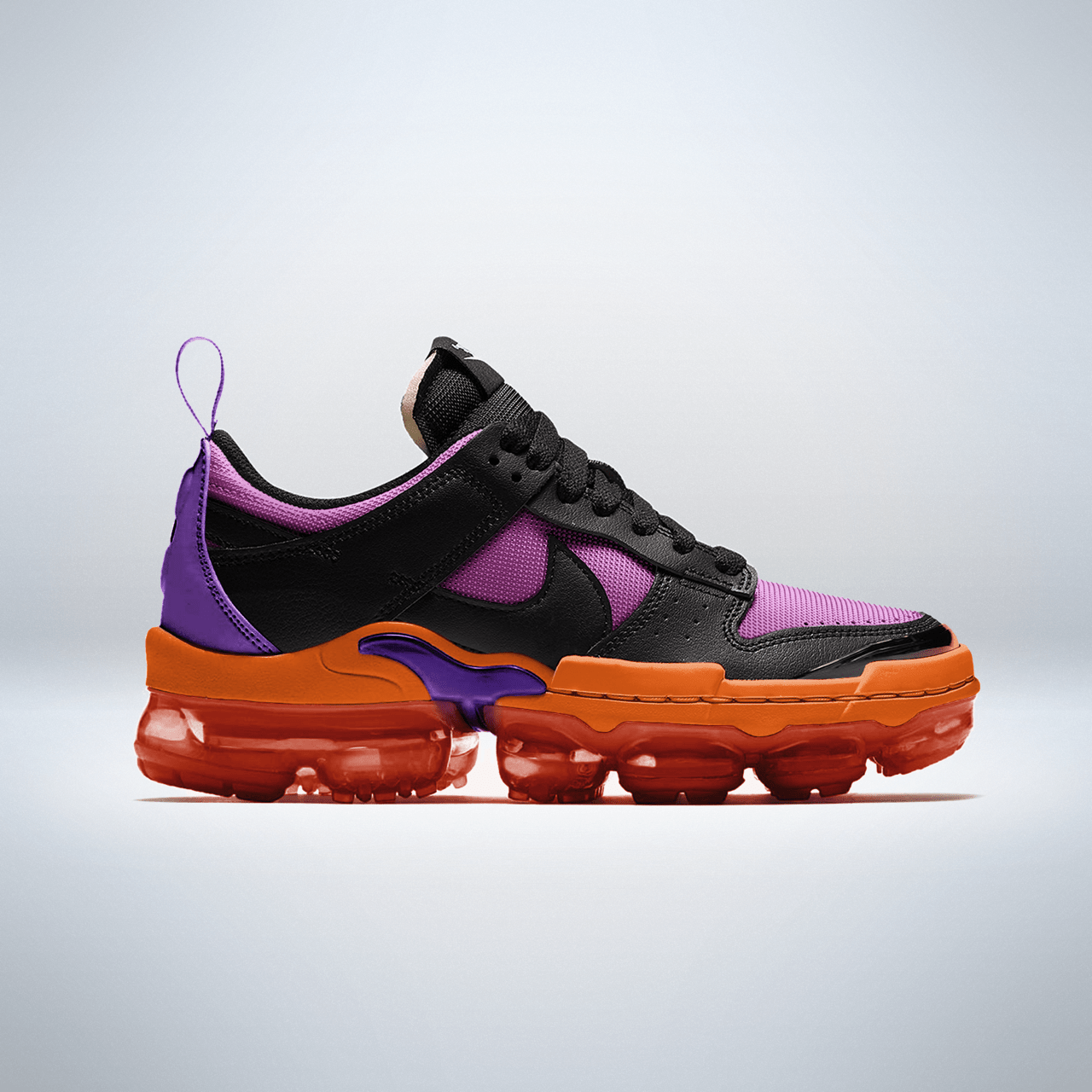 The funny thing is that most of his creations only exist within his world, it’s his rules and DNA implanted onto these creations. Only time will tell if there are companies looking to get him signed or at least ask for his permission- with royalties of course.

An individual who lets his designs and concepts speak for himself, please welcome Mr. Chad Manzo.

How did this concept of remixing existing sneakers come about? It’s a wild idea!

For the first series, it started out as a joke between my good friend, Jom Gonzales. We were just thinking of funny puns that were sneaker related. It started out from “chuck darts” and I thought it would be funnier if I made an image out of it. I honestly thought the composite was cool and decided to do a series as a personal project. The second and third versions were born out of a desire to polish my Photoshop skills and as they say, the rest is history. It is also worth noting that there are a dozen instagram accounts dedicated to these mashups like @chenchicharo, @fofdesigns, and @kah_bane to name a few. 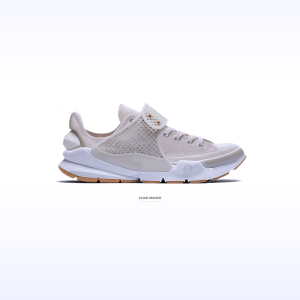 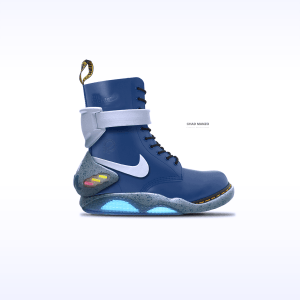 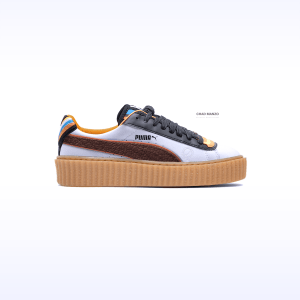 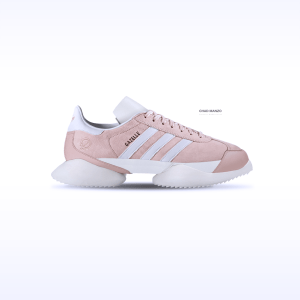 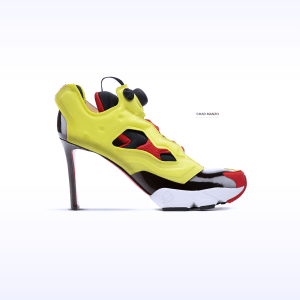 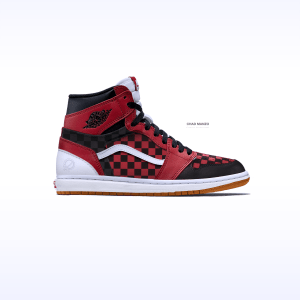 Can you share your thought process on how your concepts go? What makes you think that certain shoe parts will go well together?

Regarding the thought process, definitely none. I usually just have a long list of shoe models to pick from and sort of look at parts I can exploit (usually the midsoles) and start from there. I don’t consciously think of making the final composite look cool or anything like that. It is more of an exploration of form and color.  I will not have any idea how a final composite looks like. Sometimes, I push through it and make it work, and sometimes, the idea fails miserably and I give up on it then move on to the next “pair”. I only stop working on it once I see there is a proper flow of lines and the colors make the pieces fit as a whole. Kind of like building a puzzle without a reference, if that makes sense. 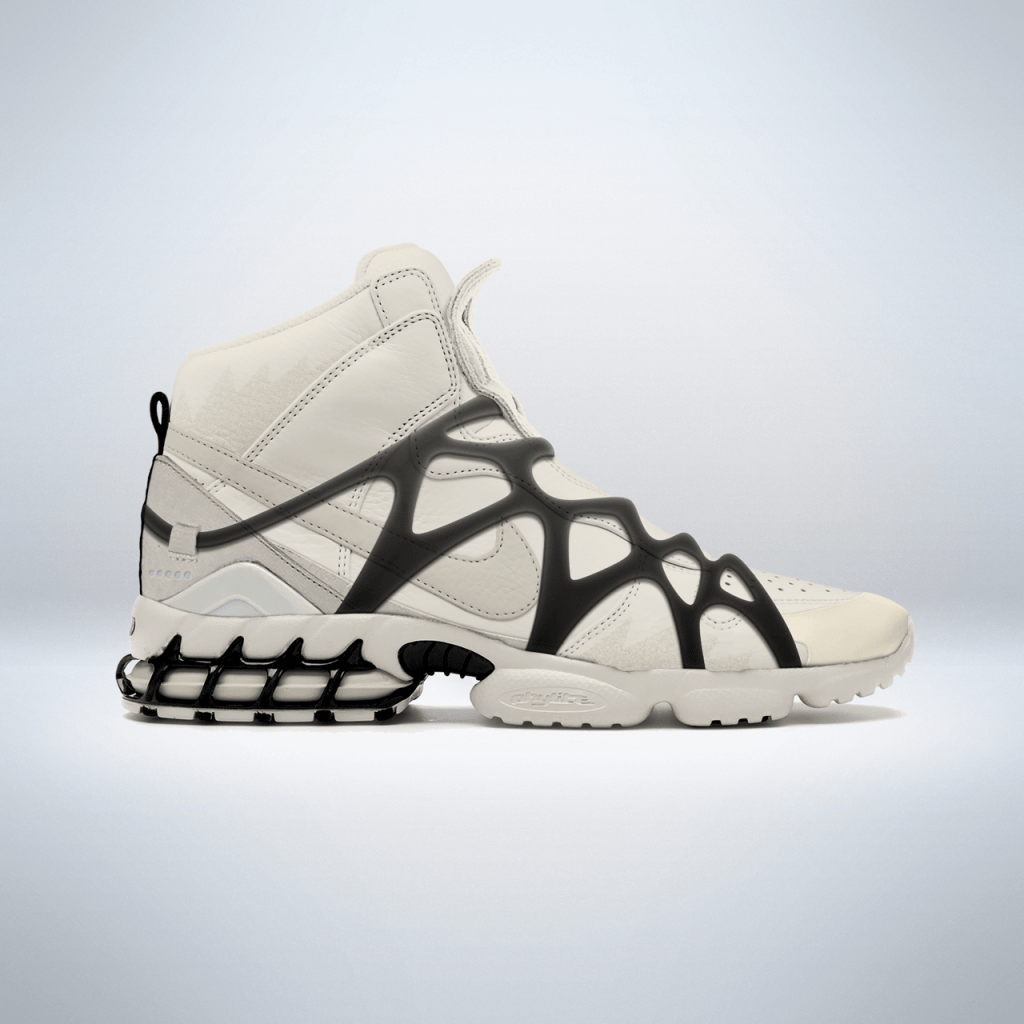 We’ve heard that there are actual pairs of your concepts manufactured without your permission? How’d that happen? 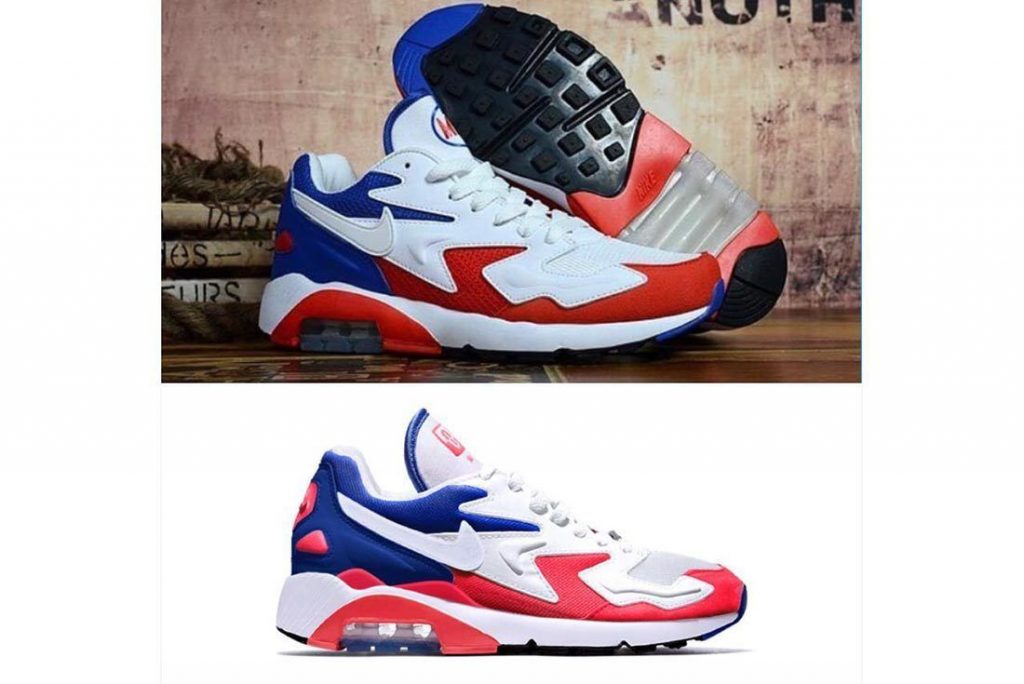 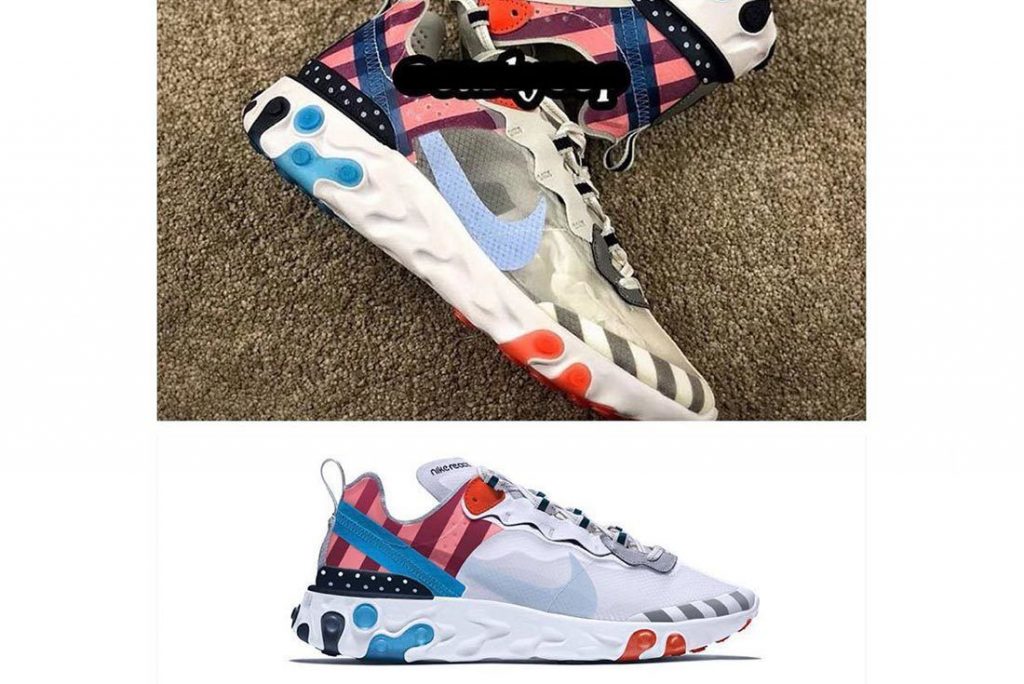 Oh yeah that was weird at the same time flattering. I made at least 3 very popular composites that were heavily featured on Highsnobiety, Hypebeast, and Instagram. I think some factories were following my Instagram and thought they could make a profit out of it by duping consumers into thinking they were real Nike models. 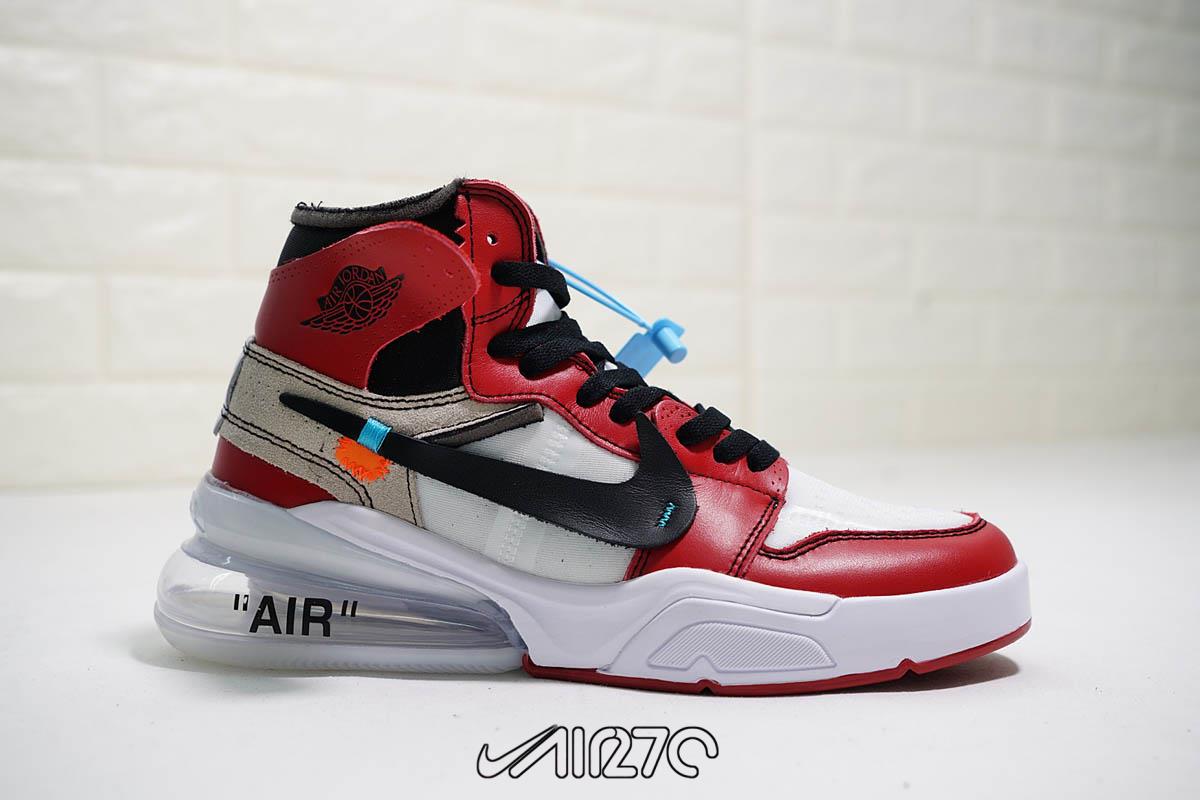 A few weeks right after I posted those 3 popular silhouettes, they were already sold in Shopee and Lazada. I even got one just for the heck of it. Haha!

How was that Sneaker Freaker feature? That was something else!

Probably one of the highlights of my career as a designer. They contacted me through instagram to feature my Air Max Day tribute of sneaker mashups and make an article about it. 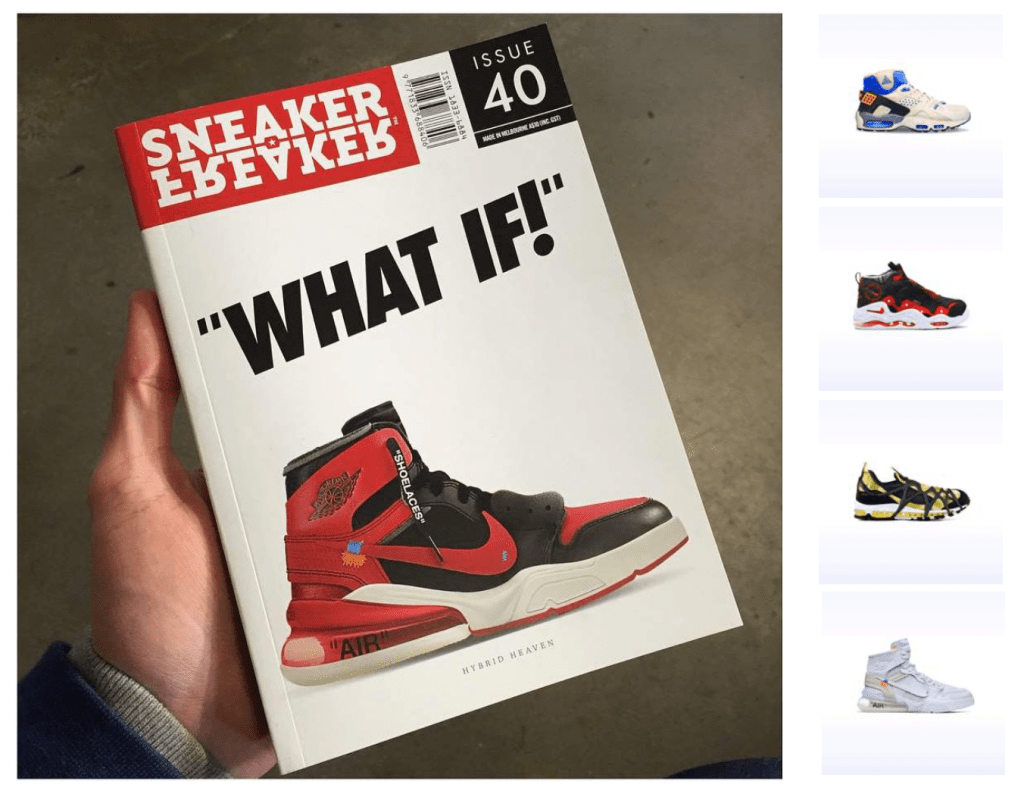 I offered if maybe we could make the feature into something bigger, so I asked if I could possibly make art for the cover–they obliged. 🙂 Ever since then, they were nice enough to feature some of my latest projects like my Dragonball mashups. 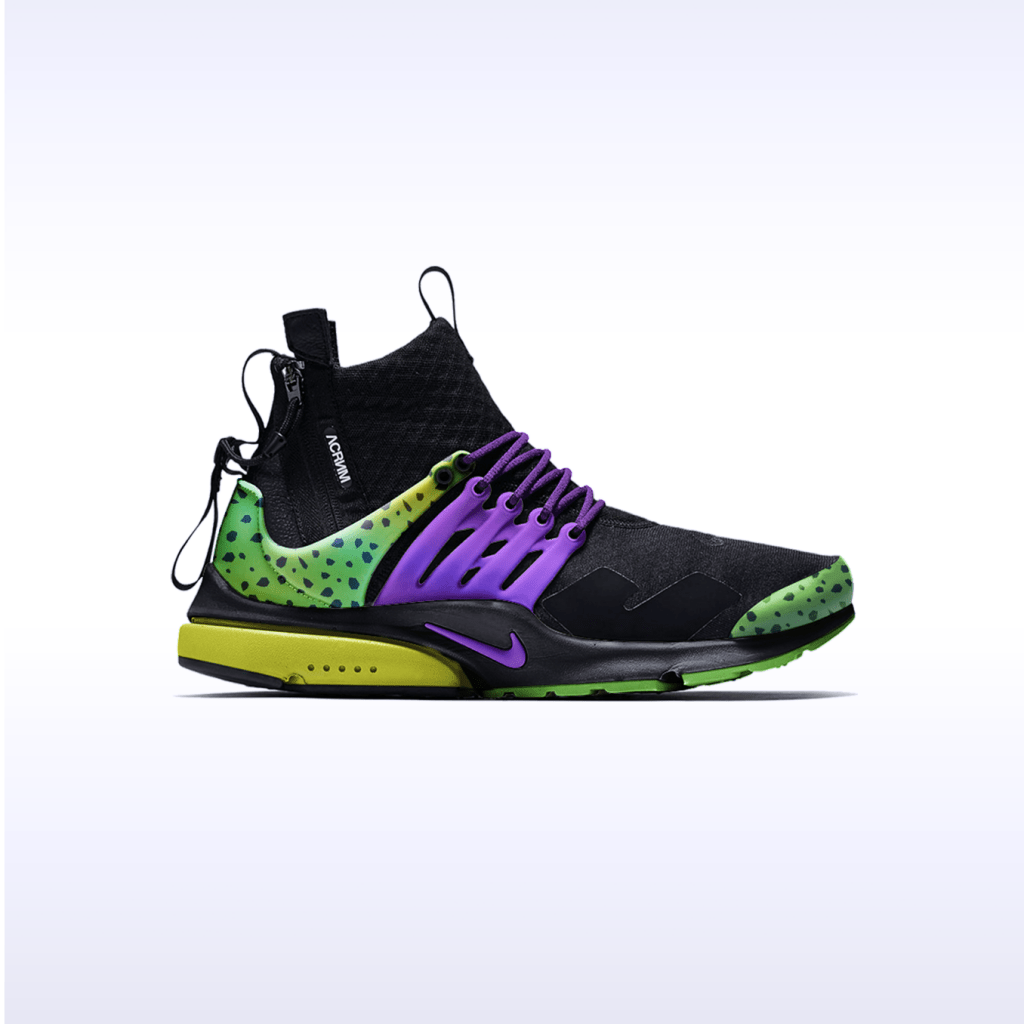 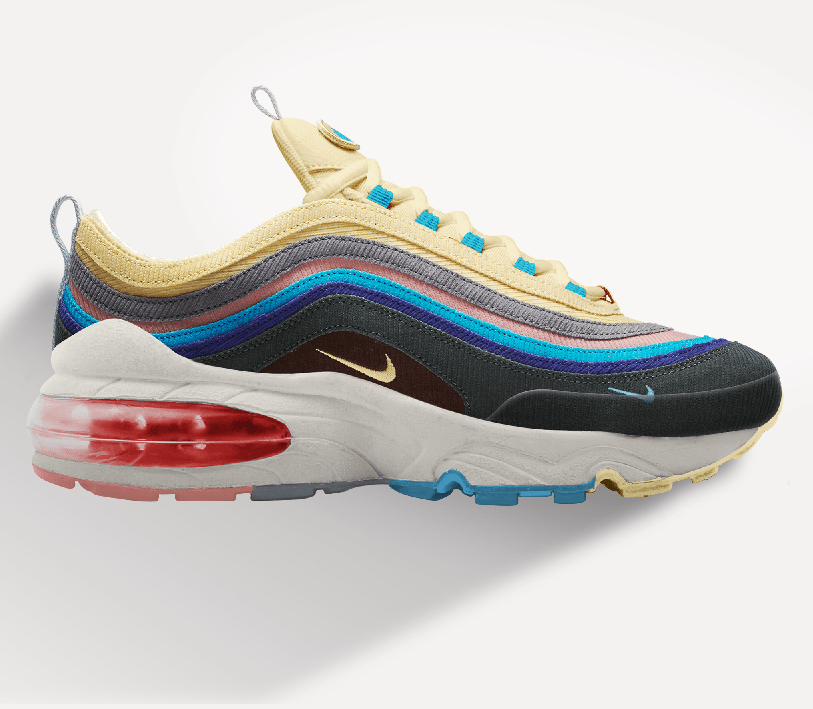 Among your creations, what is your most fave of them all? The one you’d want to see and rock in real life?

So many to choose from. Probably everything from the DBZ mashups, and the Kukini Max’s. 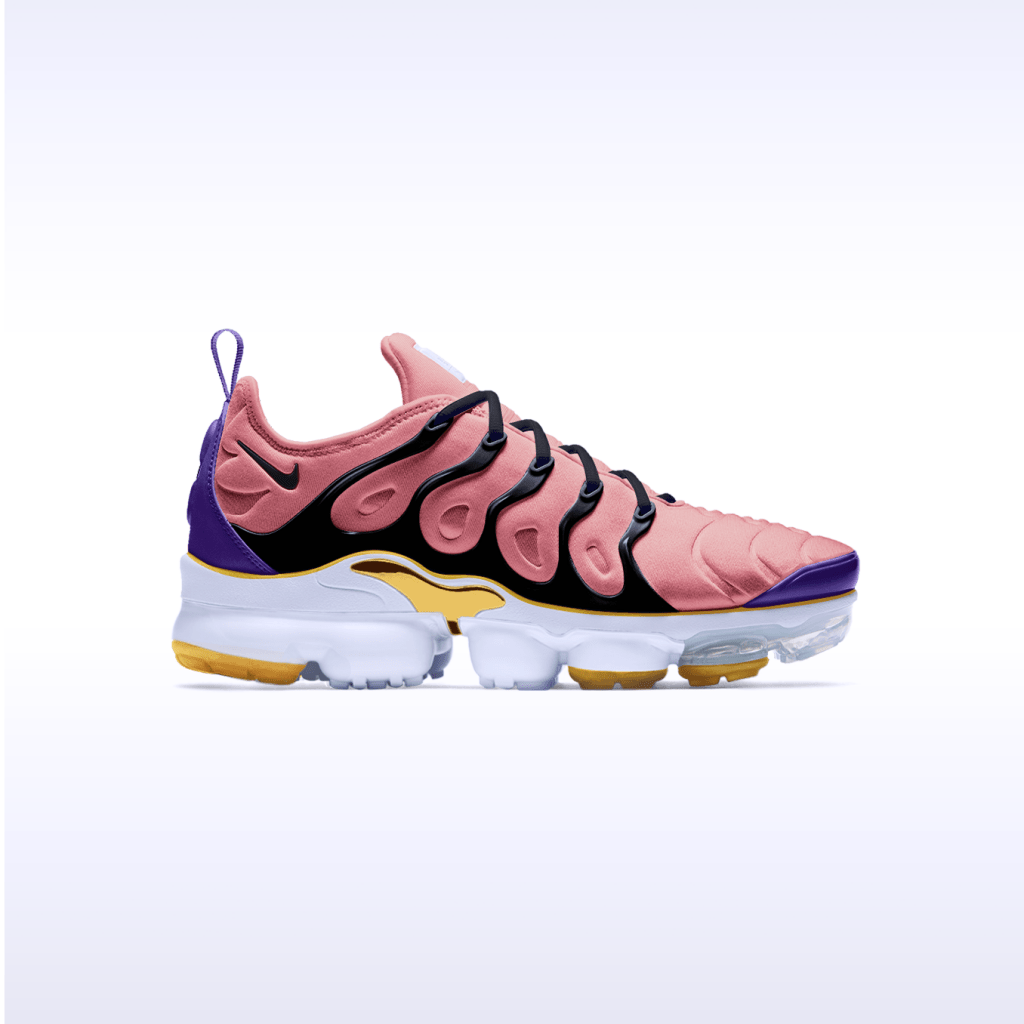 If Chad Manzo was actually tapped by a shoe company to design a shoe, how would you describe it?

Oh man, that’d be a dream! (Looking at you Nike and World Balance *ehem*). Definitely a mix of familiar shapes and a utilitarian/retro futuristic vibe with a fantastic color block based on quality materials. 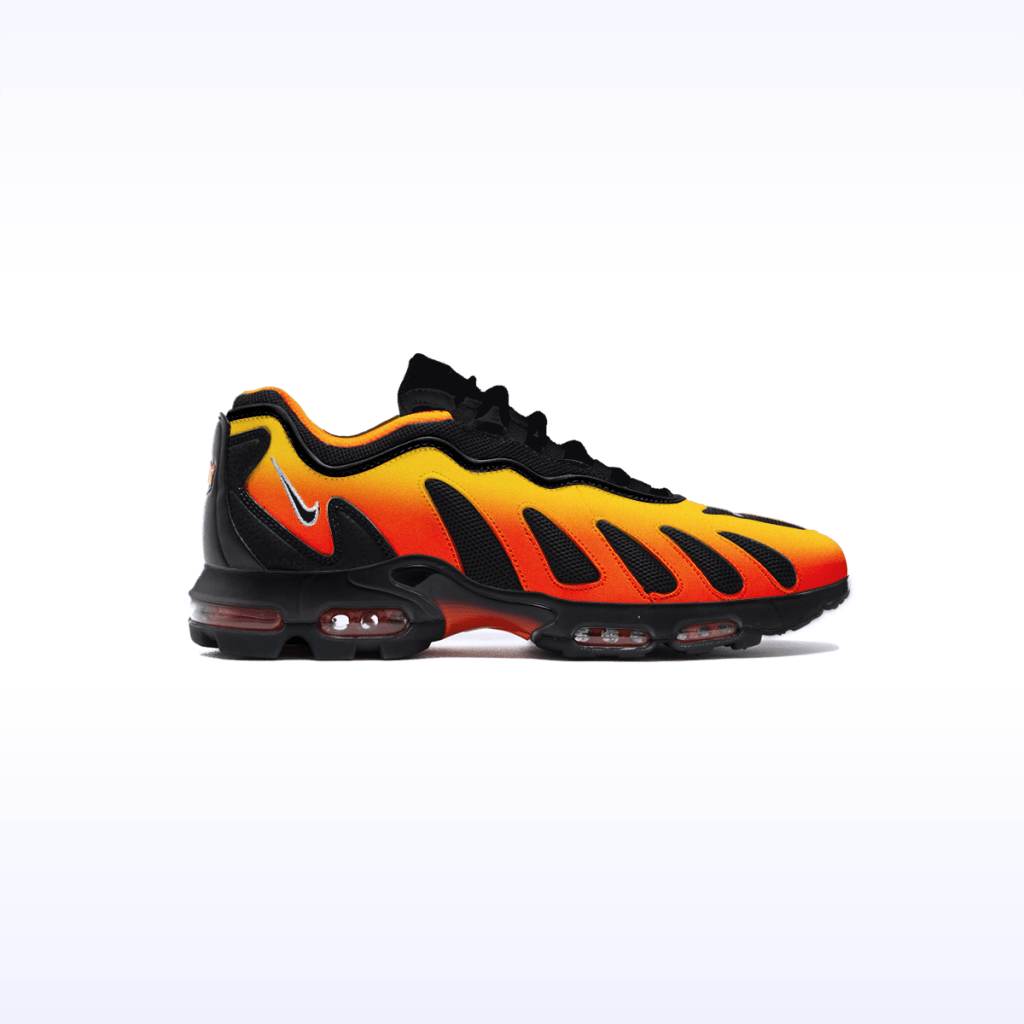 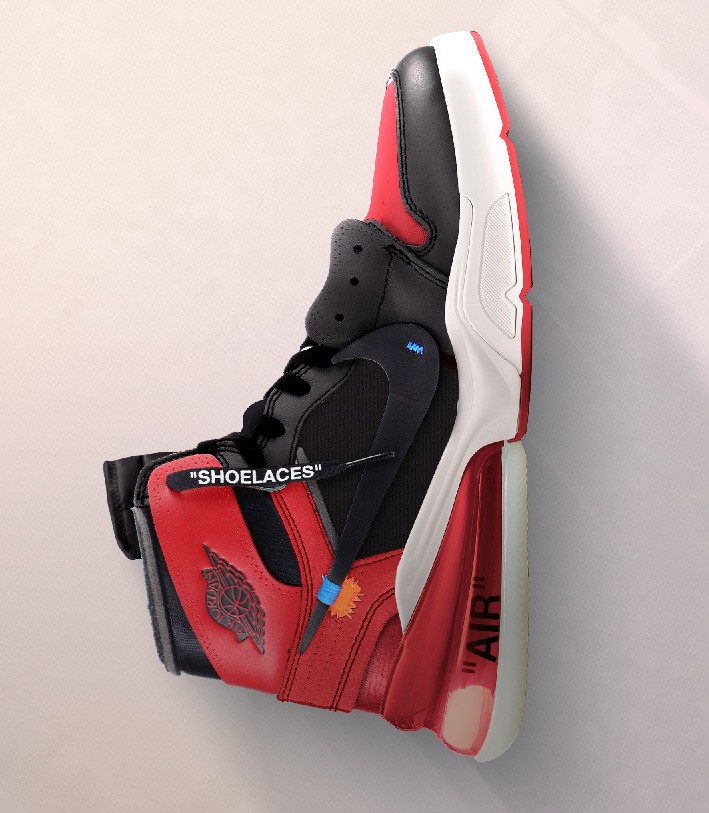 We also heard that you do music on the side? Can you share that with us?

I did do music before as Techisoba, even made a track for Axl Prose 😉 I have two new musical projects. One is dubbed “TETSUO”, similar to the popular karage spot in Manila – a beefy mix of industrial, dance, and horror; while the other one is Sun Daewoo (also my performer alias) w/c is chillhop based and medium jazzy.

Got a message to our readers? Anything you want to promote? Salamat Chad!

Yes! Thank you very much for everyone’s support and if you could give me a follow on Instagram, I post art and design, and of course, sneakers, every once in a while. You can find me by sending over an email. 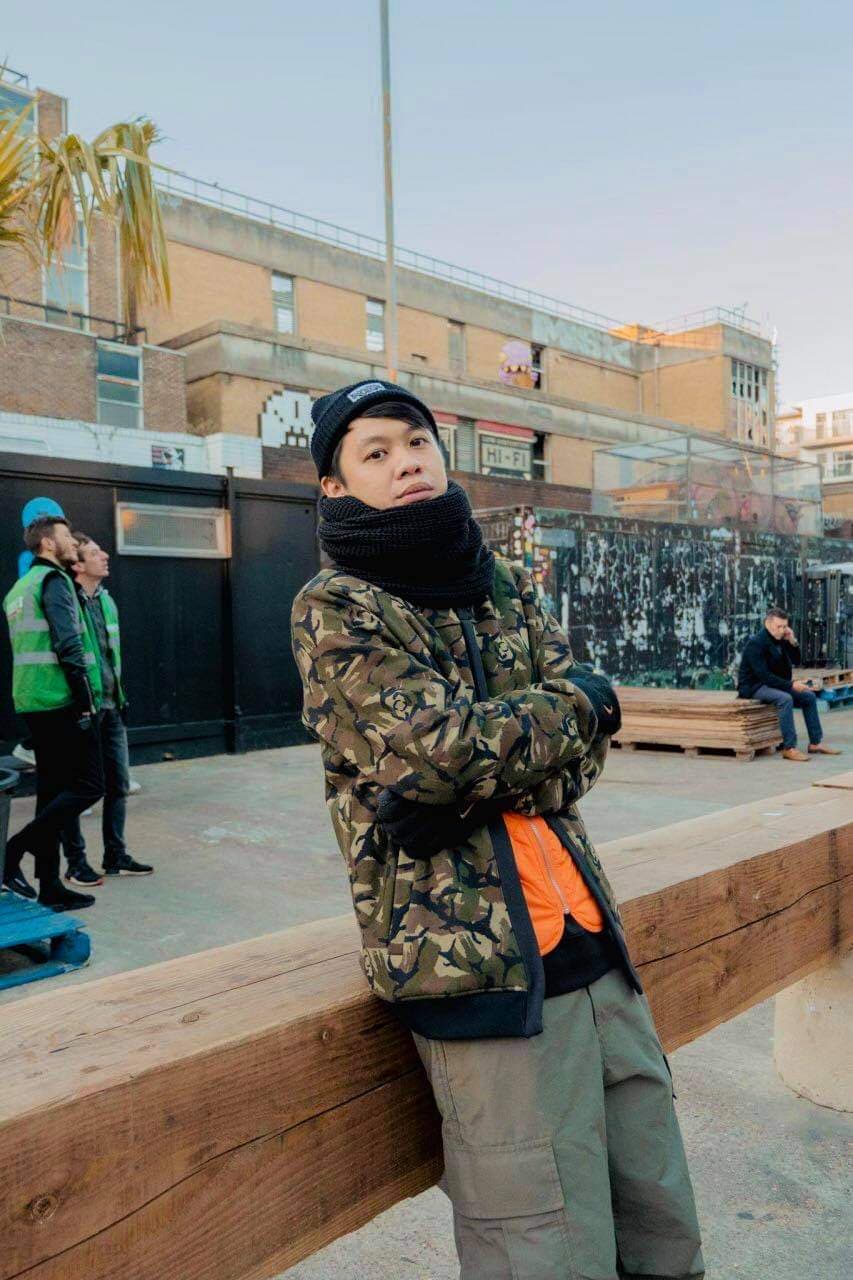 Speaking of design, you should set your sights on the latest World Balance X Secret Fresh collab here! 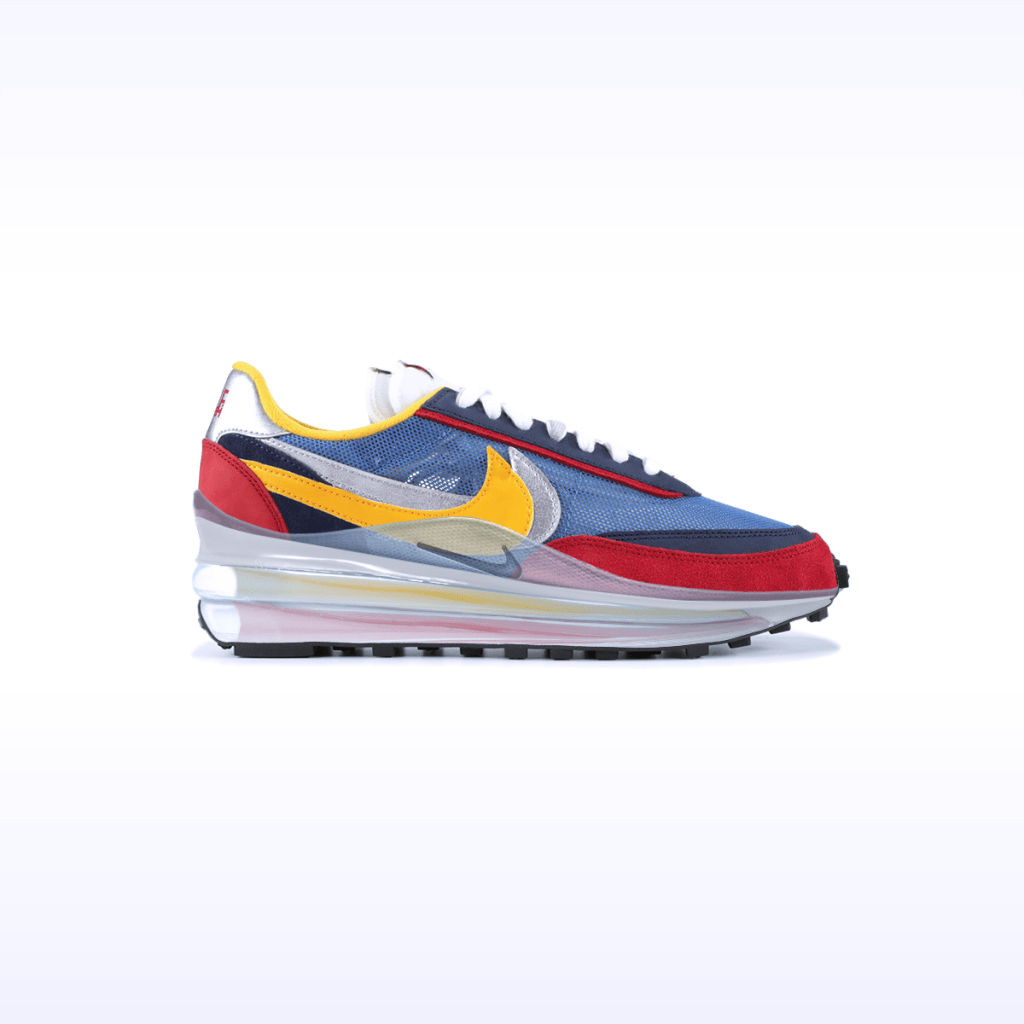