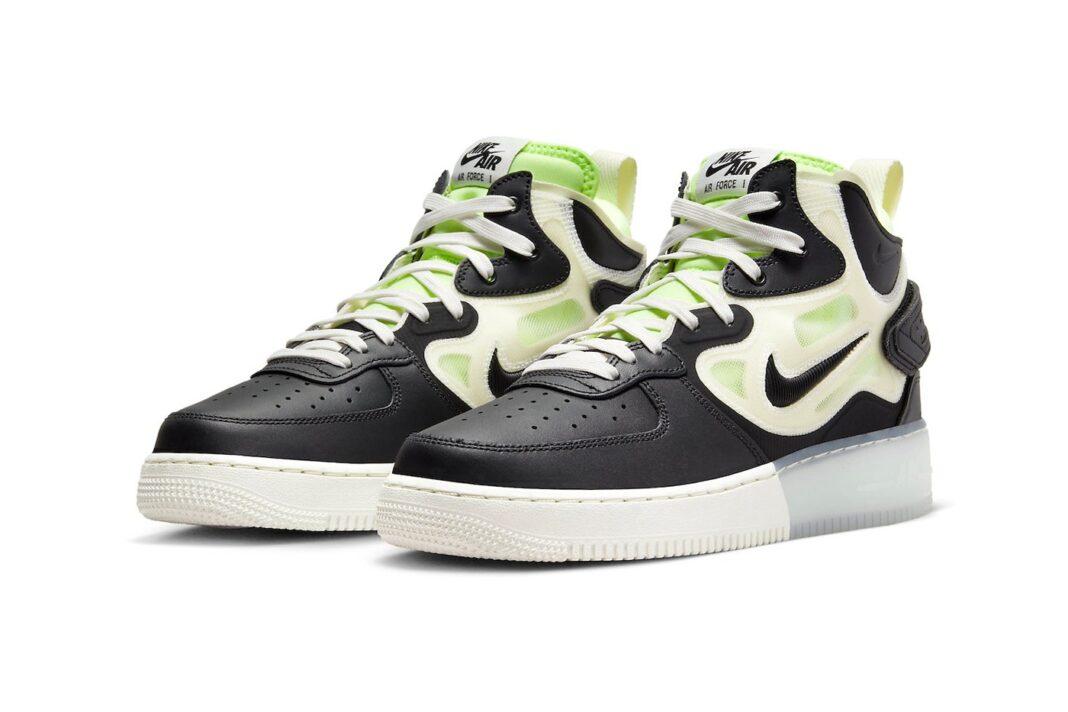 When it comes to Air Force 1s, the Mid cut version is often overlooked by sneaker fans. Aside from its rather awkward cut with its non-removable strap (the high cut model has a removable strap), it’s a challenge for Nike to make the Air Force 1 Mid hype-worthy.

With the Air Force 1 celebrating its 40th anniversary this year, Nike is exploring different ways to spice up the Air Force 1, and the React Mid is its latest attempt. Photos of the black/neon colorway makes us think that it’s one of the weirder fusion sneakers Nike has ever thought of so far. Heck, it looks weirder than the Air Force 1 React Low. 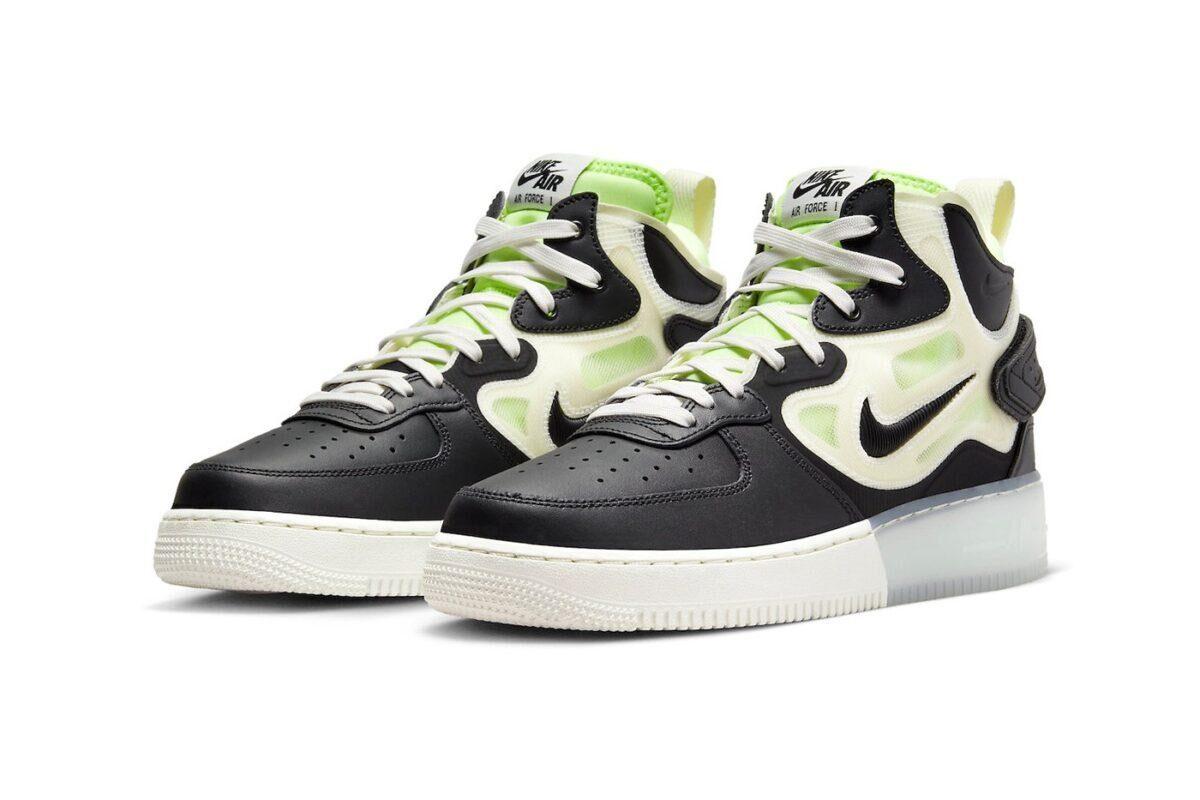 Looking at the Air Force 1 Mid React, the only parts that will remind you that it’s an Air Force 1 is the toebox and half of the cup sole (the other half has a translucent finish, which makes us think that the cup sole has a 2-piece design. The rest of the upper has a strange mix of mesh and leather panels, while the Air Force 1 Mid’s strap is moved towards the heel area.

Wrapping up its unusual look is the outsole which has a mix of solid and translucent rubber. The cutouts reveal the React cushioning, which should make them comfier than your usual pair of Air Force 1 Mids.

There’s no word when Nike will make the Air Force 1 React Mid official, though we expect to see them at retailers in the coming weeks.

The adidas adiFOM Q is Not a Yeezy Foam Runner Ripoff