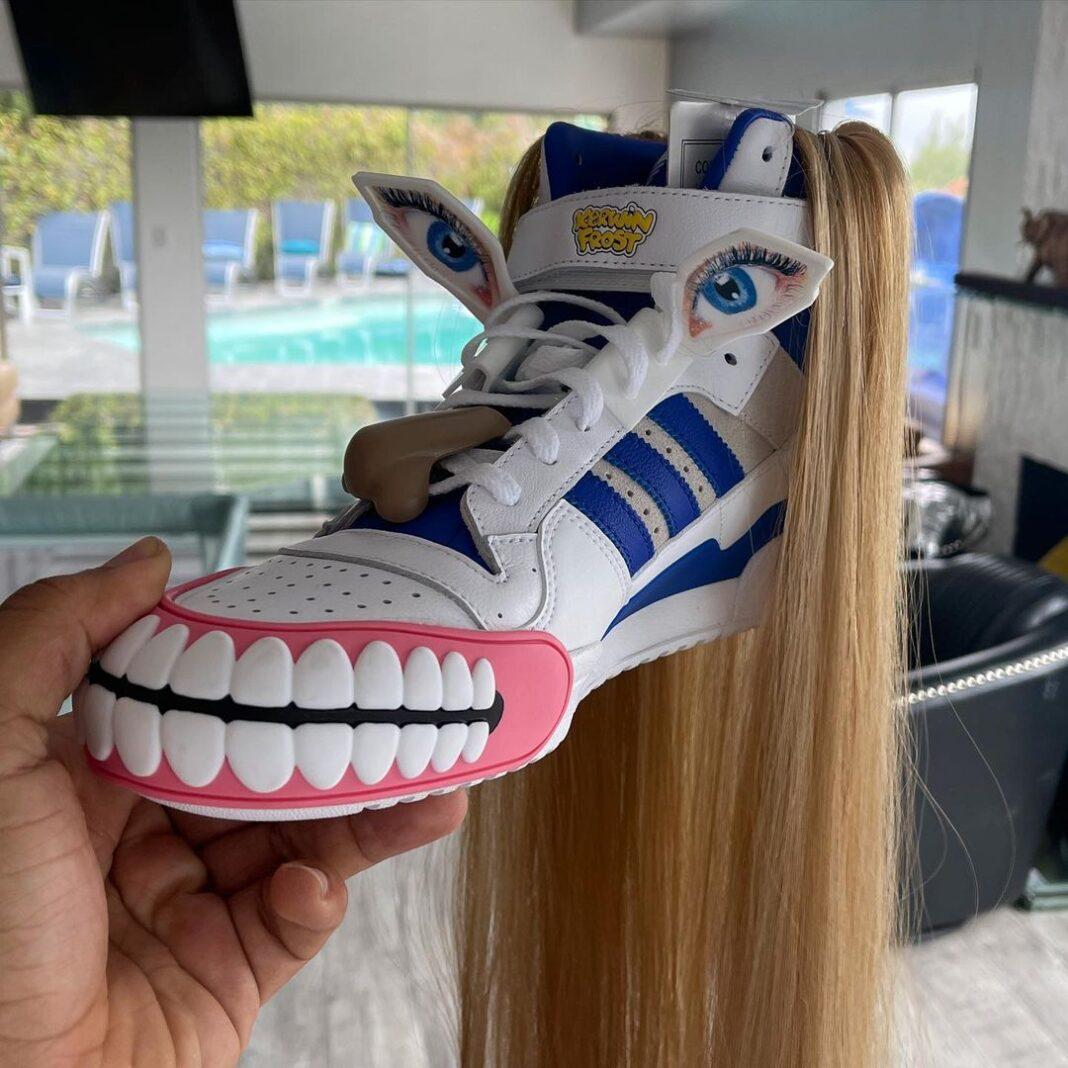 Animal-inspired shoes have always been a staple (pardon the pun) in the scene. From the Nike Dunk SB Pigeon Dunks, Tiger Printed Atmos Air Maxes down to Jeremy Scott’s out of this world plushie adidas collabs, it seems normal for shoes of this category to come out once in a while. One thing’s for sure, This Kerwin Frost adidas shoe is horsing around with our feelings! 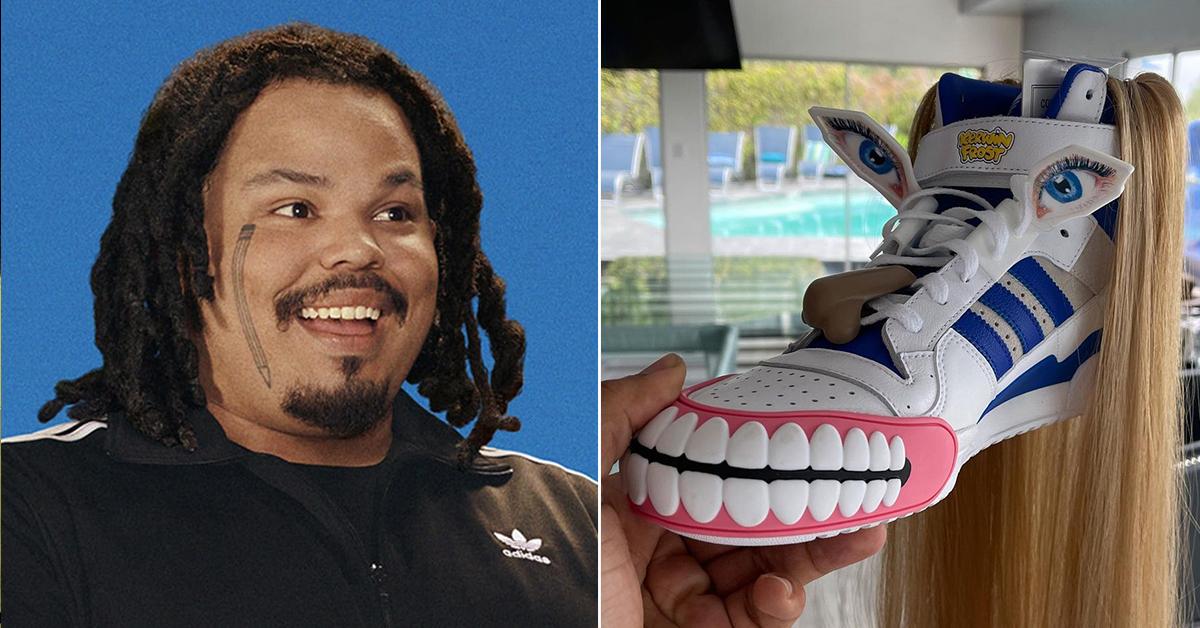 Kerwin Frost is one eclectic dude—a Harlem-born entertainer with some left-field humor going on. If one thinks he’d just go through the motions with his own adidas shoe—well, think again!

His first adidas shoe, the Superstar Superstuffed, is crazy enough as it’s got so much padding making it almost 5 times your normal size. This guy gets a shoe deal and he’s not taking it seriously! 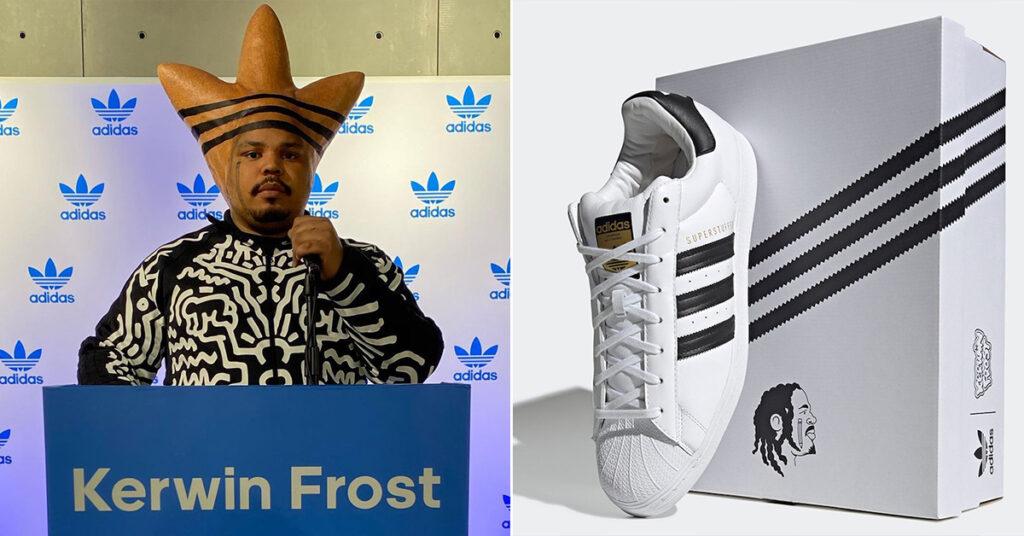 The Harlem-born entertainer has some more shockingly funny creations up his sleeve. If you thought these supersized Superstars were crazy, you should see the new one. 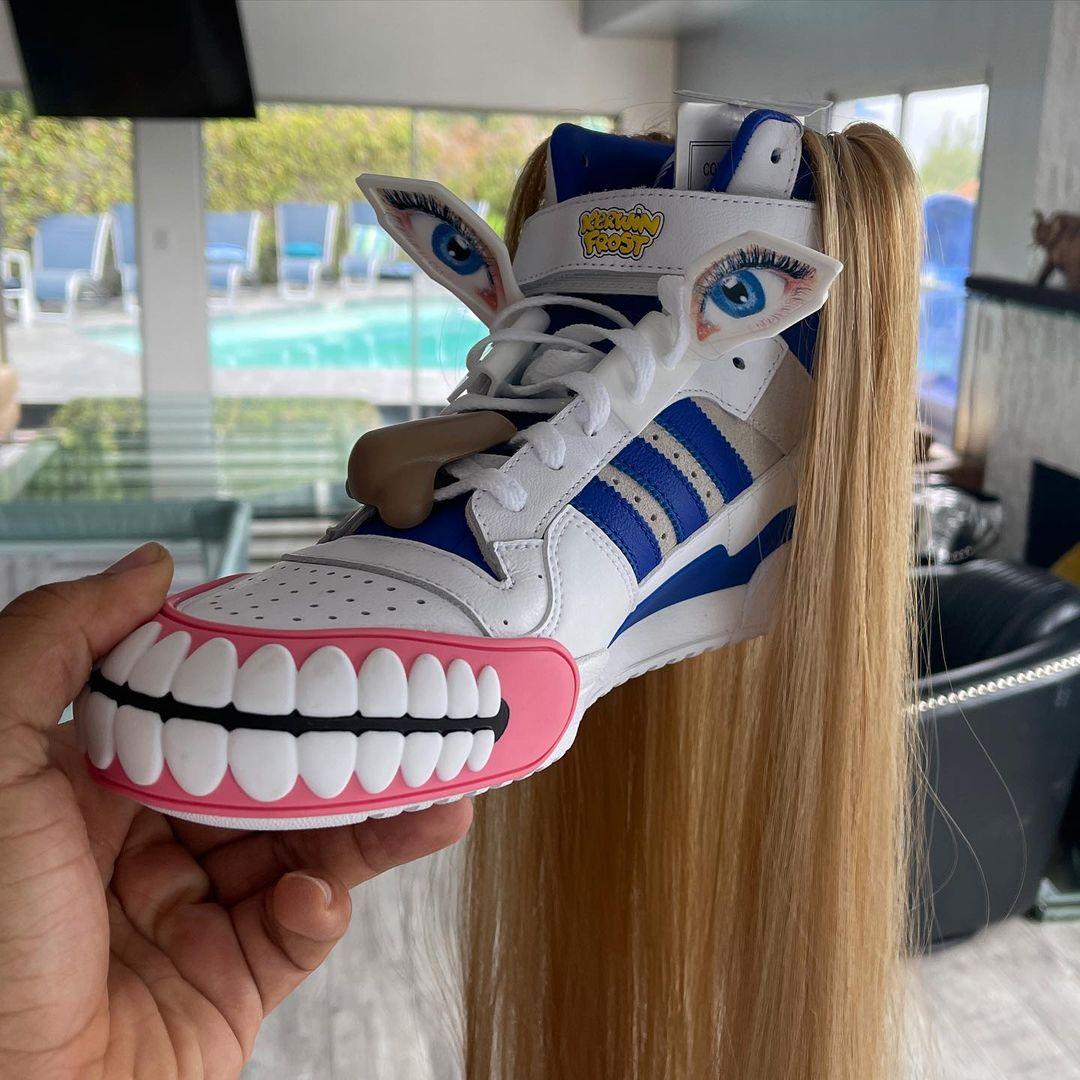 Transmitting enough Mr. Potato vibes with this shoe. This horse-faced adidas Forum High is simply insane! It got the works: Giant teeth are placed onto the toe caps, lace stays that resemble a nose, creepy protruding eyes and even some blonde hair on the ankle collar! This shoe is so far out there that even Jeremy Scott would take a second look at them. They don’t even look cute- they are bizarre and terrifying!

But then, maybe this is what we need to turn things around from the predictable and mundane. Would we want to see one? Yes. Would we rock them? Probably not. But if the collaboration’s goal is to generate memes and some buzz online… then they already did it and the shoe hasn’t even dropped yet!

The Kerwin Frost x adidas Forum Hi is expected to drop via the adidas site as early as September for $200(~Php 10.1k), Cowboy boots not included. We do not know if they will available in the Philippines—or if there is an audience for this hilarious pair.

Speaking of sneakers, we just did our homework and found a nice vintage pair of Nike Dunk Highs. Do they compare with today’s latest versions? Check out our Behind the Sneaker feature here.