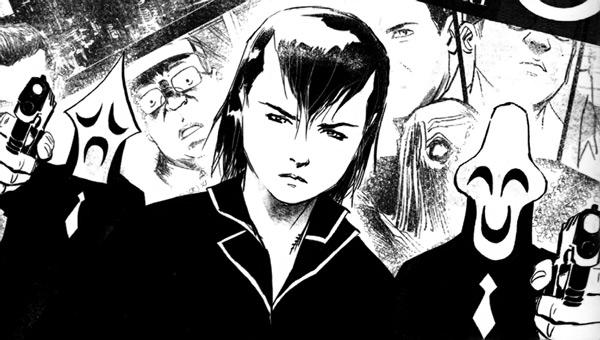 The upcoming release of Netflix’s animated TV series based on the Filipino graphic novel of the same name, Trese, is a defining moment for us all — waving the banner and uplifting Filipino pride all around the world. It paves the way for greater recognition of Filipino artists and their works and hopefully serves as an inspiration for more amazing creations in literature and media.

As the excitement builds for Trese’s release, we have gathered a collection of amazing graphic novels that are contenders for a potential film or TV show of their own on Netflix: 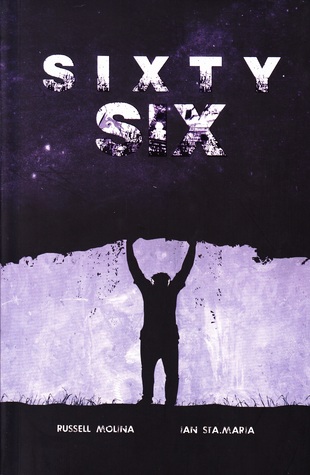 Sixty-six is the brainchild of Russell Molina, a well-regarded children’s book author and illustrator Ian Sta. Maria. It’s an unconventional take on the superhero genre, injected with tons of hard-hitting and uniquely Filipino values that are sure to captivate its readers. 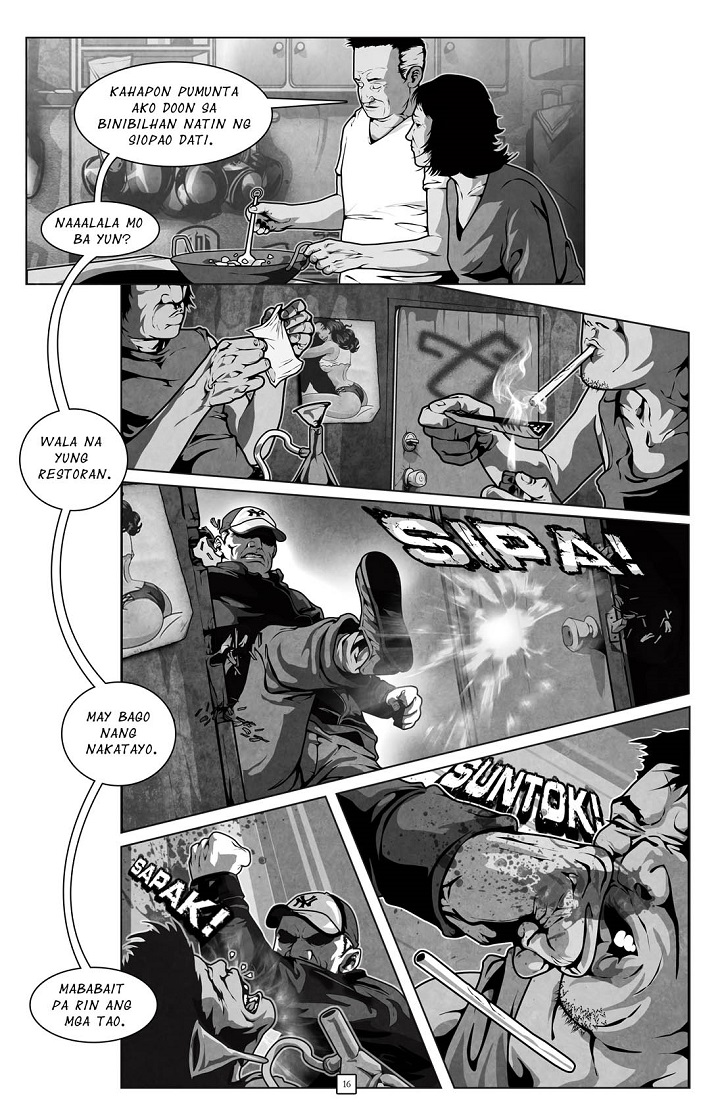 The premise of Sixty-Six is simple but unique: Mang Tino is a 66-year-old retiree who suddenly gains superhuman powers. We’re all used to seeing teens and young people suddenly getting superpowers but the idea of a near geriatric getting said powers is something that isn’t explored enough in pop culture.

Molina and Sta. Maria perfectly echoes the importance of the elderly in our culture — taking this concept to its limits as they deliver a very relatable and transcendent message.

In an effort to bring excitement to Philippine history and mythology, co-creators Ethan Chua and Scott Lee Chua collaborated on Doorkeeper in 2017. These two childhood friends created this masterpiece while working from their respective college campuses in Yale-NUS, Singapore, and Stanford in the US. The result of their efforts is a thrilling and stimulating graphic novel that would appeal to history buffs and anyone looking for a fast-paced magical story. 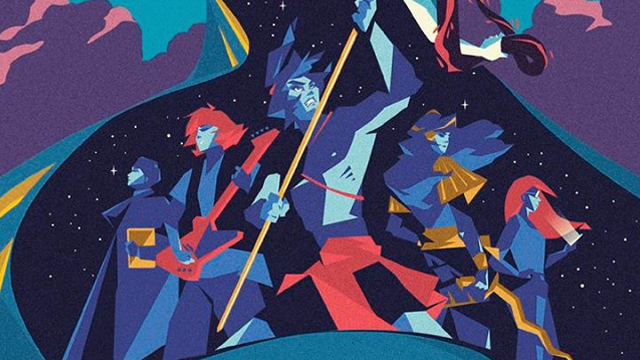 Through its six volumes, the graphic novels follow the immortal protagonist Doorkeeper who experiences several significant moments throughout Philippine history. From Ferdinand Marcos’ Martial Law, World War II as well as life in the pre-colonial Philippines to name a few, the Doorkeeper serves as a cosmic being whose goal is to safeguard the ways of time and space. The sci-fi elements merged with the rich culture of the Philippines is a brilliant way of communicating the rich history of our country in a manner that can appeal to audiences of various ages. 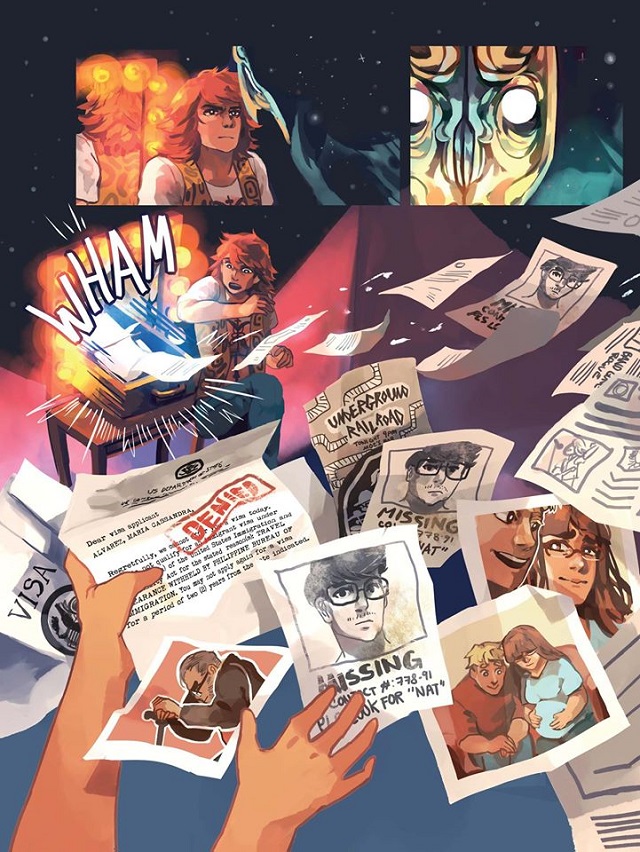 Elmer is one of the graphic novels on our list that is unique and may differ from the others but for positive reasons. Writer and illustrator Gerry Alanguilan, provides an insight into a world where chickens have somehow obtained the understanding and consciousness of humans. 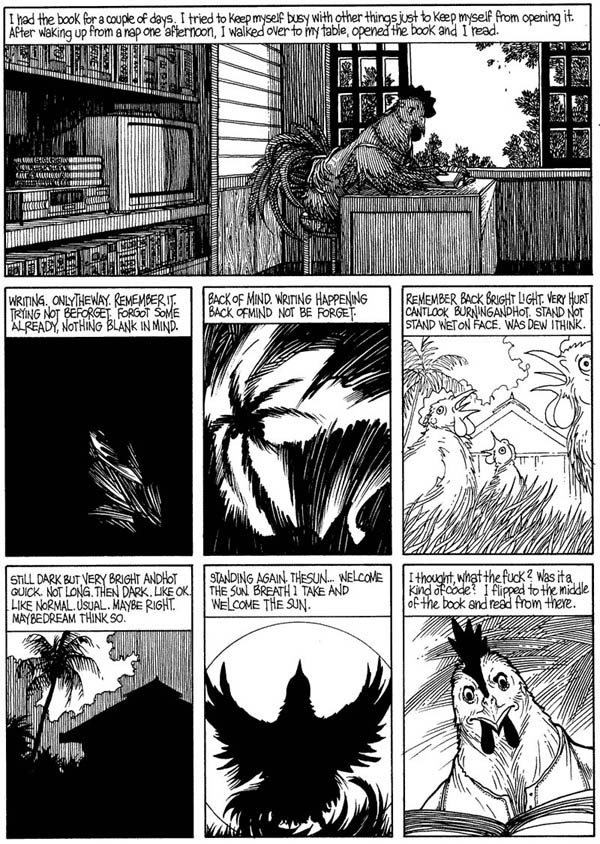 This is not a children’s tale but an introspection of true humanity as it touches on perplexing and thought-provoking ideas while providing remarkably realistic visuals. As the storyline deepens, we see the chickens tackle problems that come with the process of integration into the human race, including fighting for equality. The story uses literary devices that are similar to George Orwell’s Animal Farm but with a nice and appropriate Filipino touch. Having this as a possible film or show would help push the bounds in giving out content that brings a more intellectual nature to the film industry. When it comes to graphic novels, prolific Filipino graphic artist Mervin Malonzo is a name that continues to resonate for his ability to create detailed illustrations with captivating stories. With a long list of amazing stories attached to Malonzo’s name, one of his more prominent works is the unique and detailed mythological and historical alternate reality masterpiece, Tabi Po. The wonderful combination of Malonzo’s colorful images and storytelling prowess has made this extremely popular amongst graphic novel aficionados.

Imagine the repercussions and effects that might occur if Jose Rizal had an ‘aswang’ for a protagonist in his novels — you get Tabi Po. Set in the Philippines’ Spanish colonial past, Tabi Po follows the heroic Elias who by happenstance, is also a newborn aswang. The graphic novel then follows Elias as he tries to cope with life, not just among humans, but under colonial rule. Malonzo is able to weave a bloody and gory experience for mature readers with every element that stays true to Rizal’s works with giving it satisfying twists and turns along the way. Despite the release of a short-lived TV series back in 2017, we are still keeping our hopes up for a Netflix adaptation of the story. 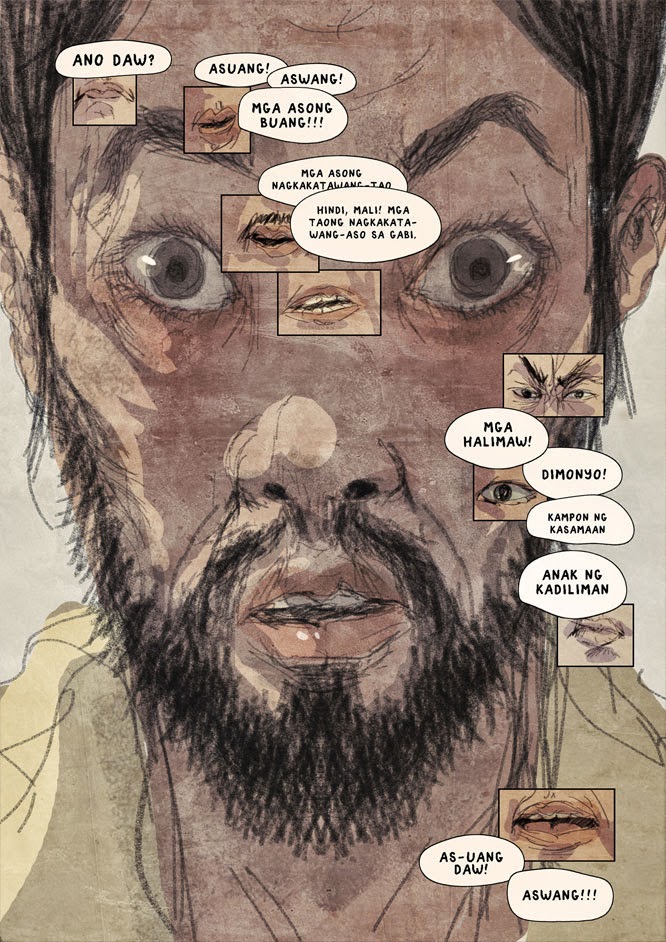 The Mythology Class (Written and Illustrated by Arnold Arre)

Graphic novels such as Trese showcase the significance and impact of folktales in our Filipino culture — The Mythology Class by Arnold Arre is one of the pioneers of the genre in the medium of graphic novels. It was originally published into four issues in 1999, with a special edition eventually released by Adarna House in 2005, followed by another collected edition, in 2014 by Nautilus Comics.

The story follows a literal “class” of UP students who come face to face with Philippine mythical creatures — tikbalangs, kapres, engkantos, and many more. This band of misfits must come together — with the help of historical and mythological figures such as Lam-Ang and Sulayman — in order to defeat an age-old evil like no other. The rich world that Arre transports us into is heavily ladened with traditional Philippine beliefs integrated into a more current timeline.

Comic books or graphic novels have grown up over the last few decades especially in the Filipino comic book scene.  And the adaptations of amazing stories such as Trese are an open door for more Filipino creators to set up and take the challenge of providing even more stories that will have a global scaled reach. We are sure that we missed out on a lot more amazing graphic novels which is an indication of the plethora of amazing and talented artists and stories that we already have. As we wait for the next Filipino story to get its own show, we can celebrate and be filled with Pinoy Pride this June 11 as Trese drops on Netflix.