Home Editorial A Closer Look at the ANTA KT7 “Rocco” 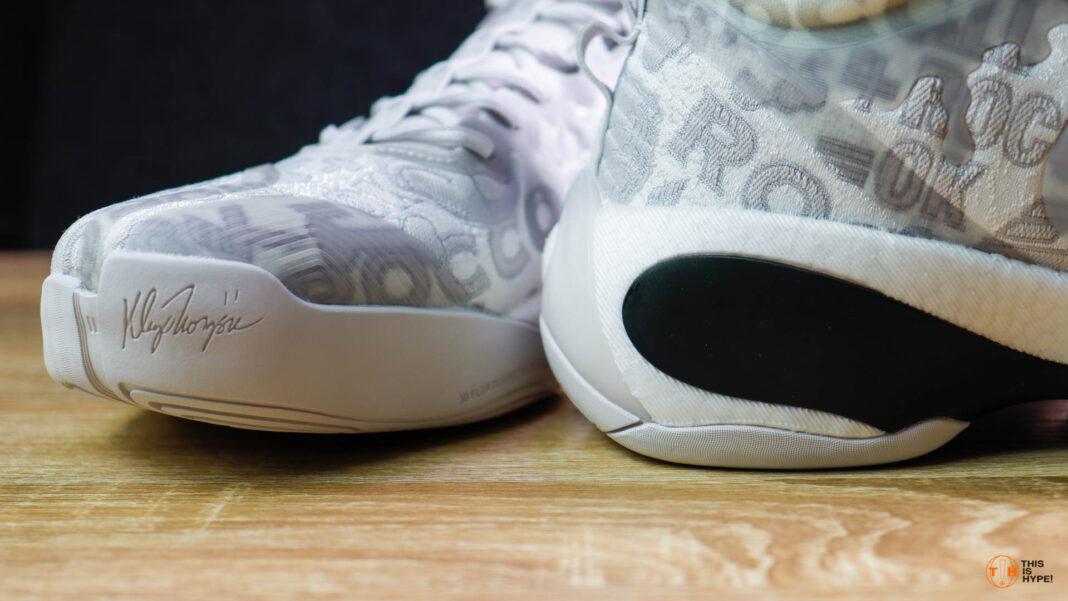 In a country that is dominated by basketball fans, there is a big audience for basketball sneakers. While brands like Nike, Jordan brand, and adidas would always come to mind, other brands like ANTA are also making themselves known for having quality basketball sneakers. The latest model from ANTA is the KT7, and the “Rocco” colorway is a fun take at NBA superstar Klay Thompson’s signature sneaker.

We got our hands on a pair right before Christmas, and we tried it on to give our first impressions of its design and overall comfort. 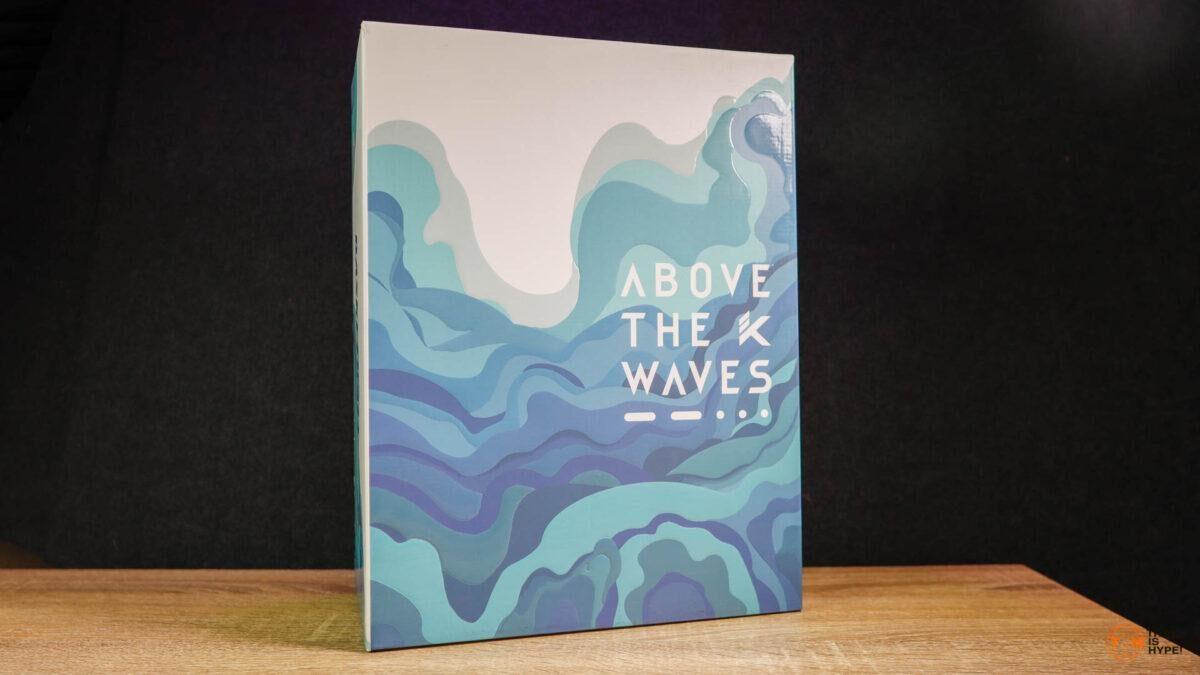 As premium as it gets

Anta has been growing its presence globally, and with endorsers like Thompson, Gordon Hayward, and Manny Pacquiao, the brand is setting up the stage as the next rising sneaker brand here in the Philippines. The KT7 is their most premium sneaker right now, and they mean it. 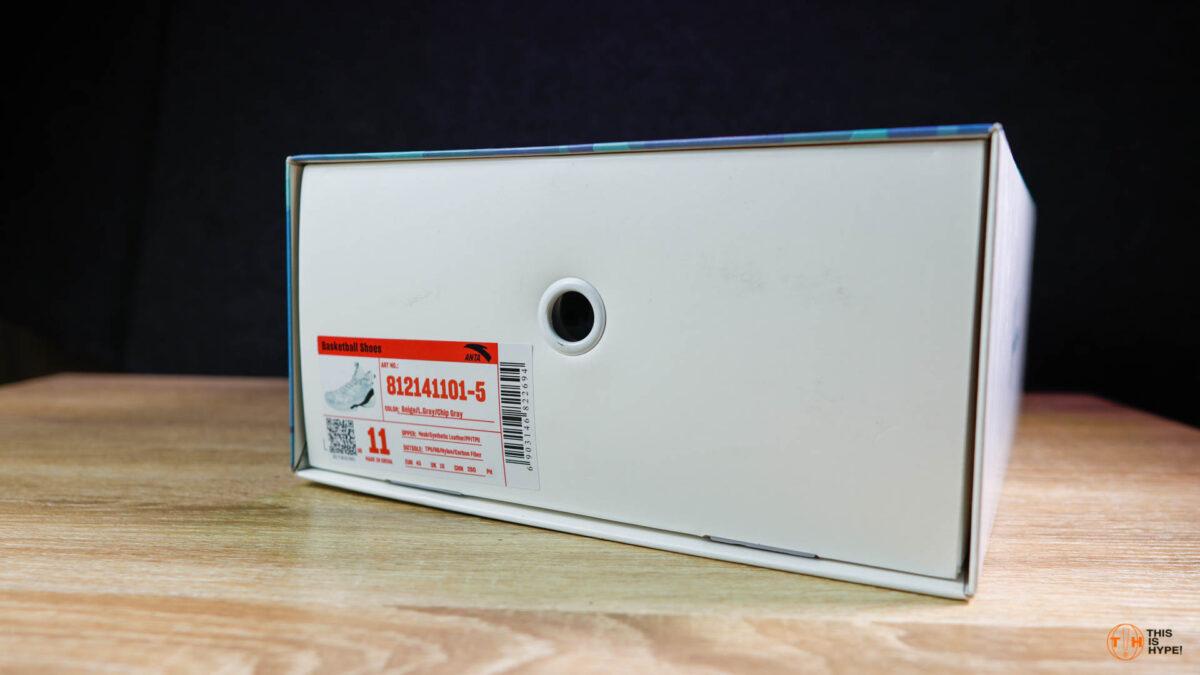 The box alone is as premium as it gets, with a slide-out variety that’s commonly seen with Air Jordan 11s and various Nike SP sneakers. It’s a pretty huge box, and the top part has wave graphics rendered in various shades of blue. You get Thompson’s signature logo on it, along with the phrase “Above the Waves”–which is a reflection of Thompson’s journey to recovery after suffering from an ACL injury and an Achilles tear. 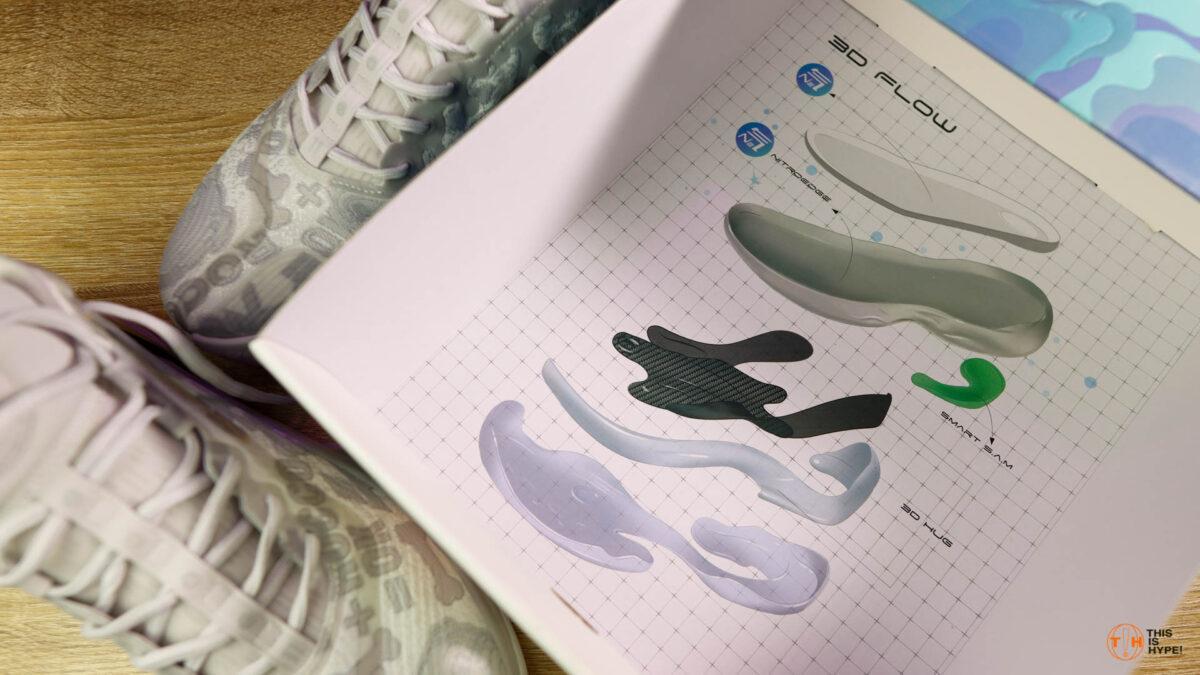 Sliding open the box reveals the pair–ours is the funkier Rocco colorway–and the bottom of the box details all of the tech incorporated in the KT7’s midsole.

The KT7 is the most feature-packed sneaker from ANTA–proof that they are serious in stepping up their game as a compelling alternative against the sneaker giants. One of the new technologies that intrigued me here is the NitroEdge cushioning system, which looks similar to adidas’ Boost in the sense that both use the same material but differ in the overall composition.

ANTA’s approach with NitroEdge is a full-length, semi-encapsulated design that aims to give a good balance of soft, comfortable cushioning and a still-rigid support thanks to its carbon fiber bottom plate and a Kevlar-like support cage on the heel to midfoot area.

Unlike adidas’ approach with Boost, ANTA’s NitroEdge is less bouncy, and the thicker heel area does a good job in energy absorption when landing by the heel. 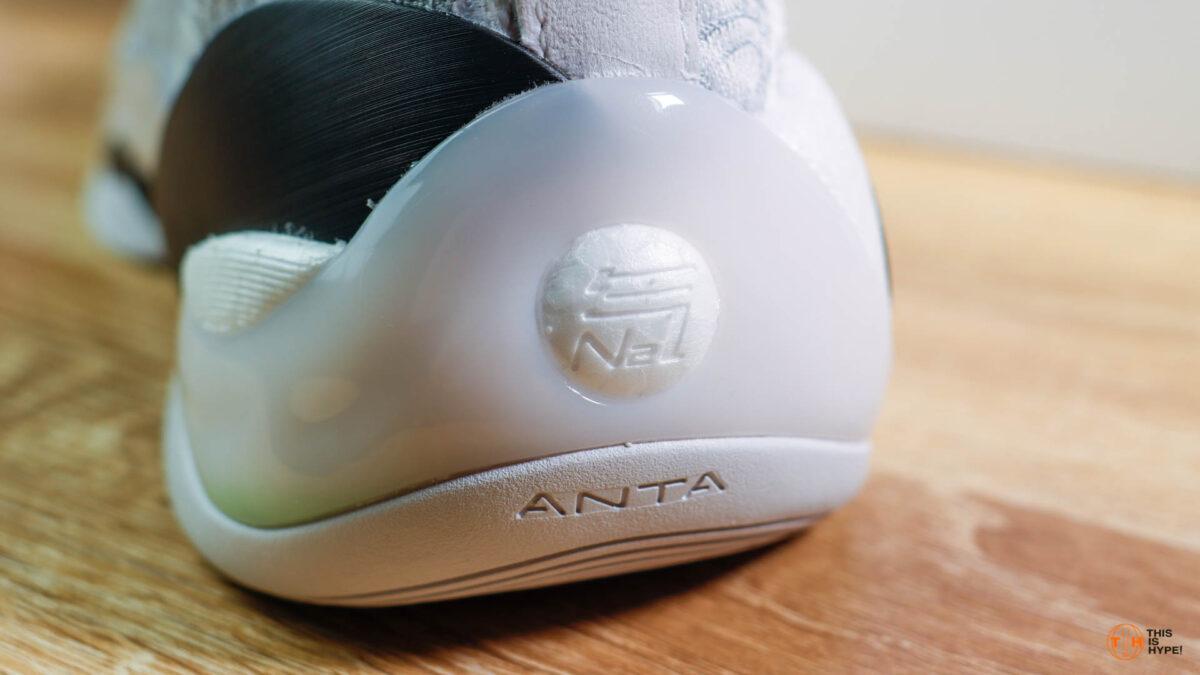 Like its predecessor, the KT7 also uses ANTA’s Smart SAM system for shock absorption and better support for the knee and ankle. 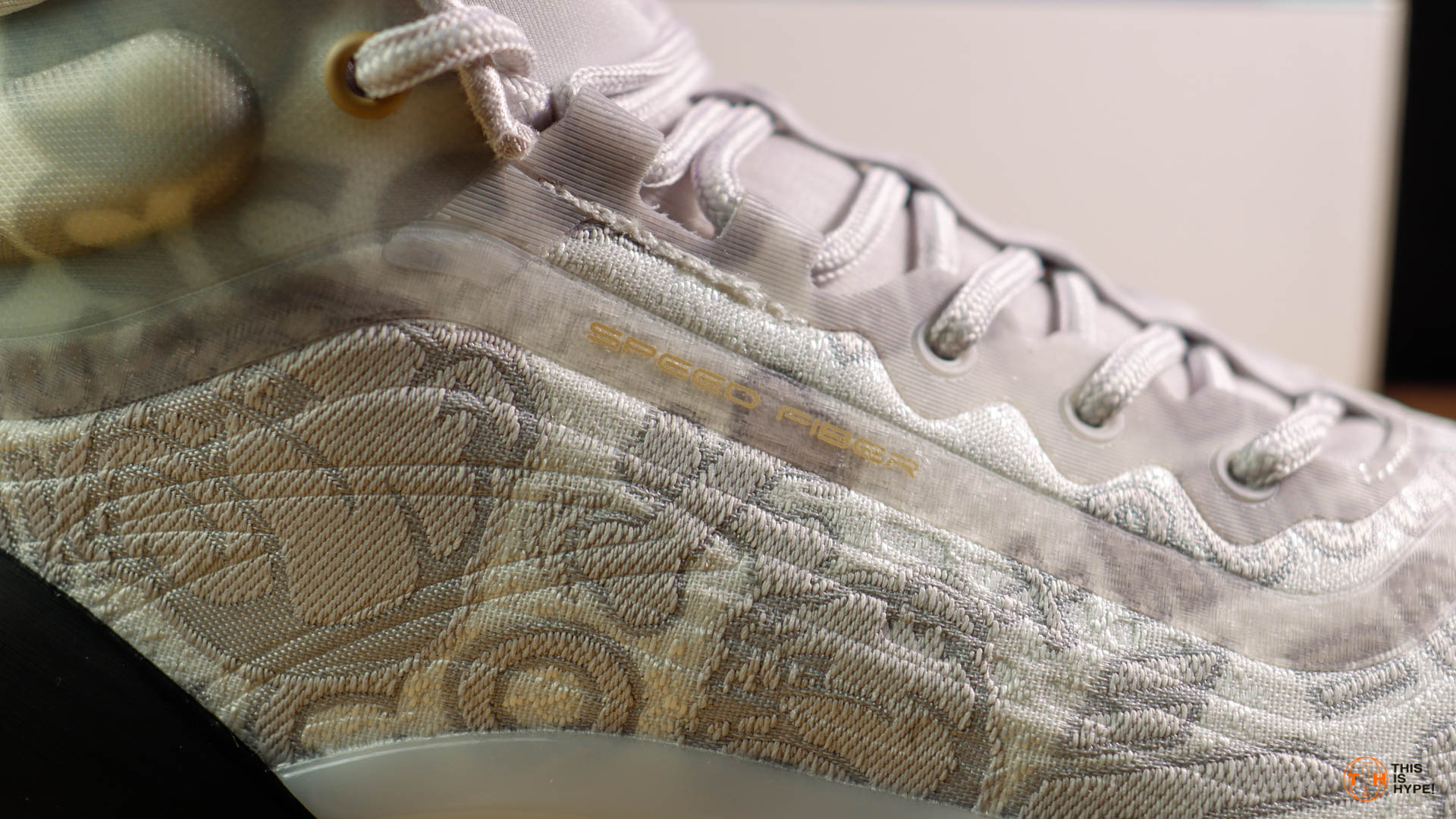 While there are three colorways (and only two of them are coming to the Philippines as of this writing), the Rocco is the more eccentric of the three. As the naming implies, Rocco is inspired by Thompson’s pet Bulldog of the same name. Giving this colorway a unique look is the graphic upper that is adorned with various references to Rocco.

The way the graphics were done is superb, as they are actually knitted through the Speed Fiber upper, giving it a unique look even if the sneaker does not sport any loud colors. The tongue logo is a holographic one, shifting between Thompson’s signature logo and a portrait of Rocco, while you get more details about their relationship behind the tongue. 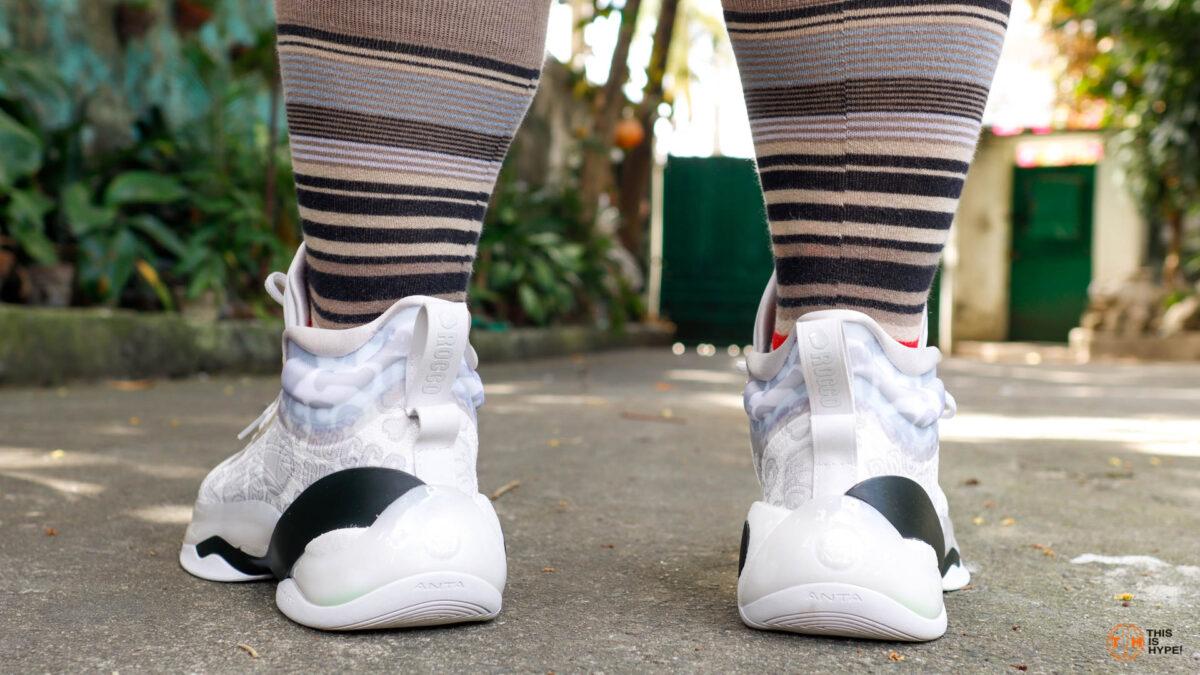 The Fit and sizing

Despite doing away with the midfoot strap found on the KT6, the KT7 fits snug and narrow with its Speed Fiber upper. While it is advisable to go true to size, you might want to loosen up the lace area for a more comfortable fit. 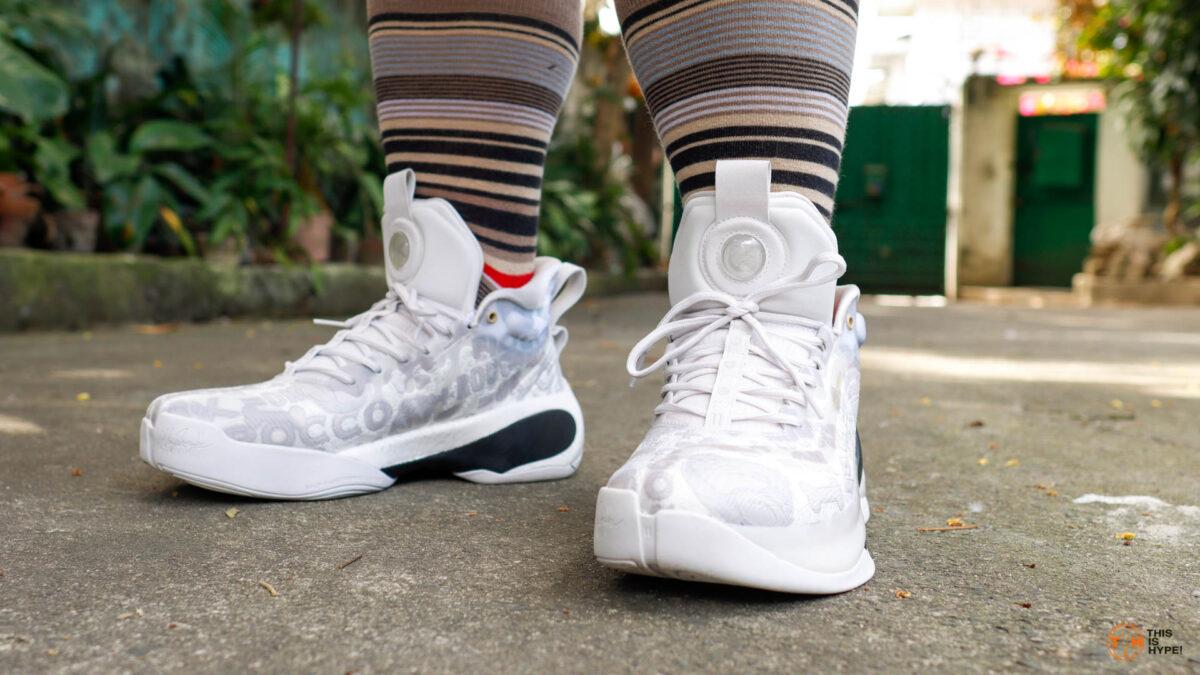 As for the overall fit, the KT7 has enough padding on the tongue and the sock liner, and the NitroSpeed insole adds up to the comfort. For a basketball sneaker that appears to be bulky on the outside, the KT7 actually feels light, and that can be partly credited to the NitroEdge cushioning system being featherweight in nature. 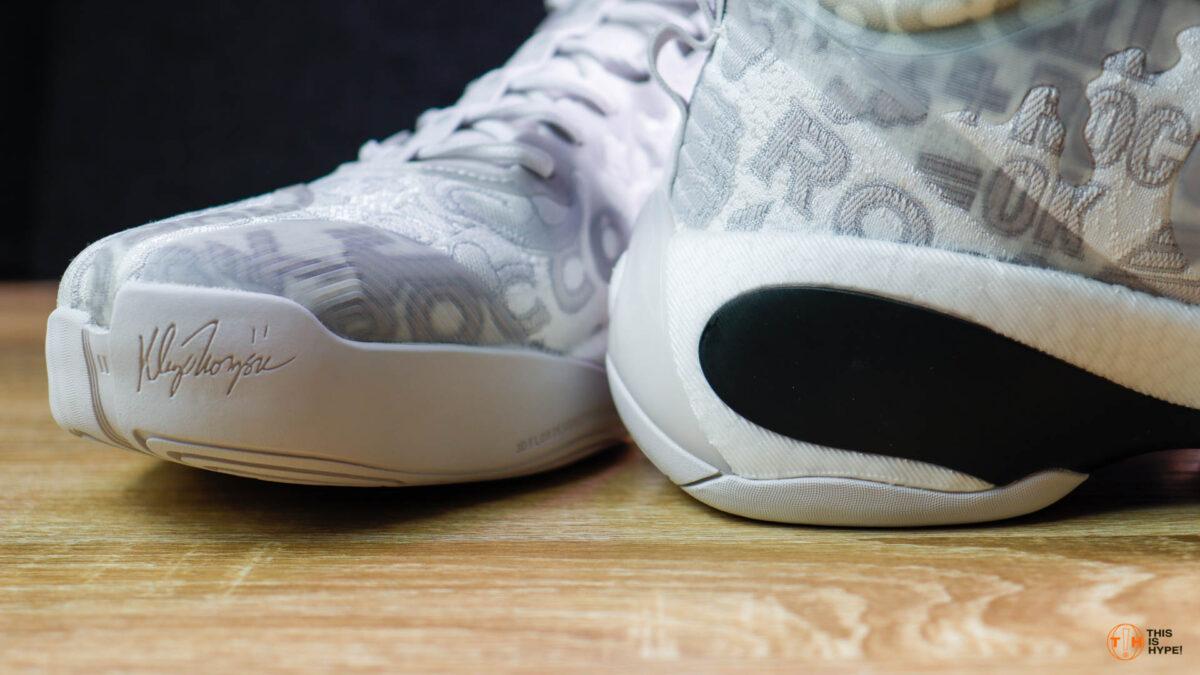 Where to buy them?

The ANTA KT7 (in both Blank Space and Rocco colorways) is priced at Php 7,995 in the Philippines and is available in select ANTA branches and Titan. While that may sound a bit pricey for a relatively new brand, the tech that the KT7 offers make it a viable alternative against high-end basketball sneakers like the Lebron and KD line from Nike or the Harden line from adidas.

The Anta KT7 is a special sneaker as it marks Thompson’s return to the court after facing inquiries, and the Rocco colorway is proof that performance sneakers can be quirky while functional at the same time.

The KT7 is one of the most expensive sneakers from ANTA, but that’s well-justified with all the features it has as a performance sneaker.