Home Editorial All of Us are Dead Review: A Very Unusual Mix 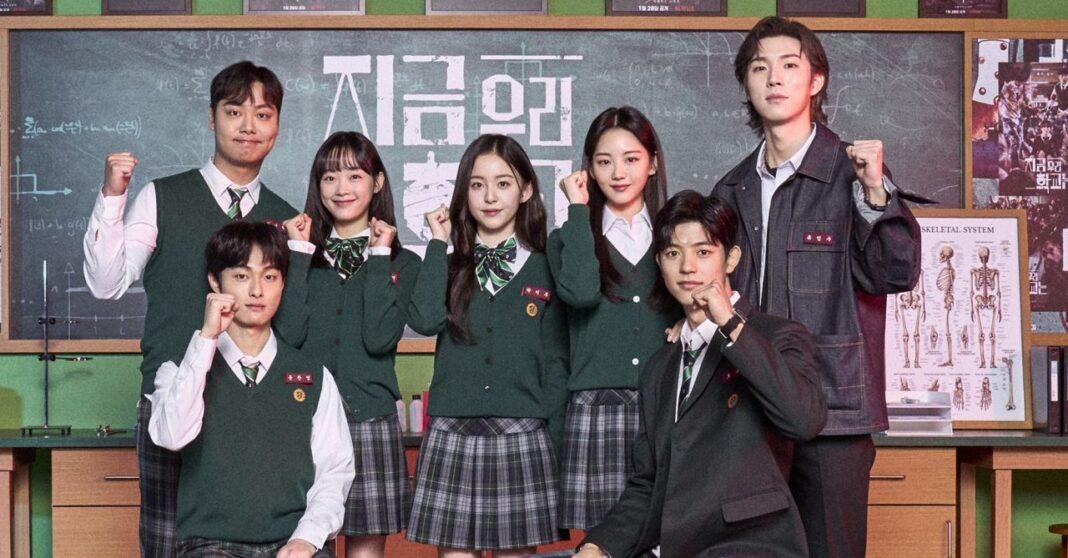 In exploring the Kdrama genre, Koreans are very good when it comes to thrillers (especially those that include zombies) and romantic comedies. While most TV and movie addicts are used to these styles of Kdramas, what if there was a show that managed to combine BOTH thriller and romantic comedy? That’s the case with All of Us Are Dead, the latest Kdrama original TV series from Netflix.

While it is easy to describe it as Kingdom in a modern-day setting, All of Us are Dead mixes both of the most popular Kdrama genres in a 12-episode TV series that will leave you confused in several moments. Is the unusual genre fusion a good thing? That’s what we’ll find out on our review of All of Us are Dead: 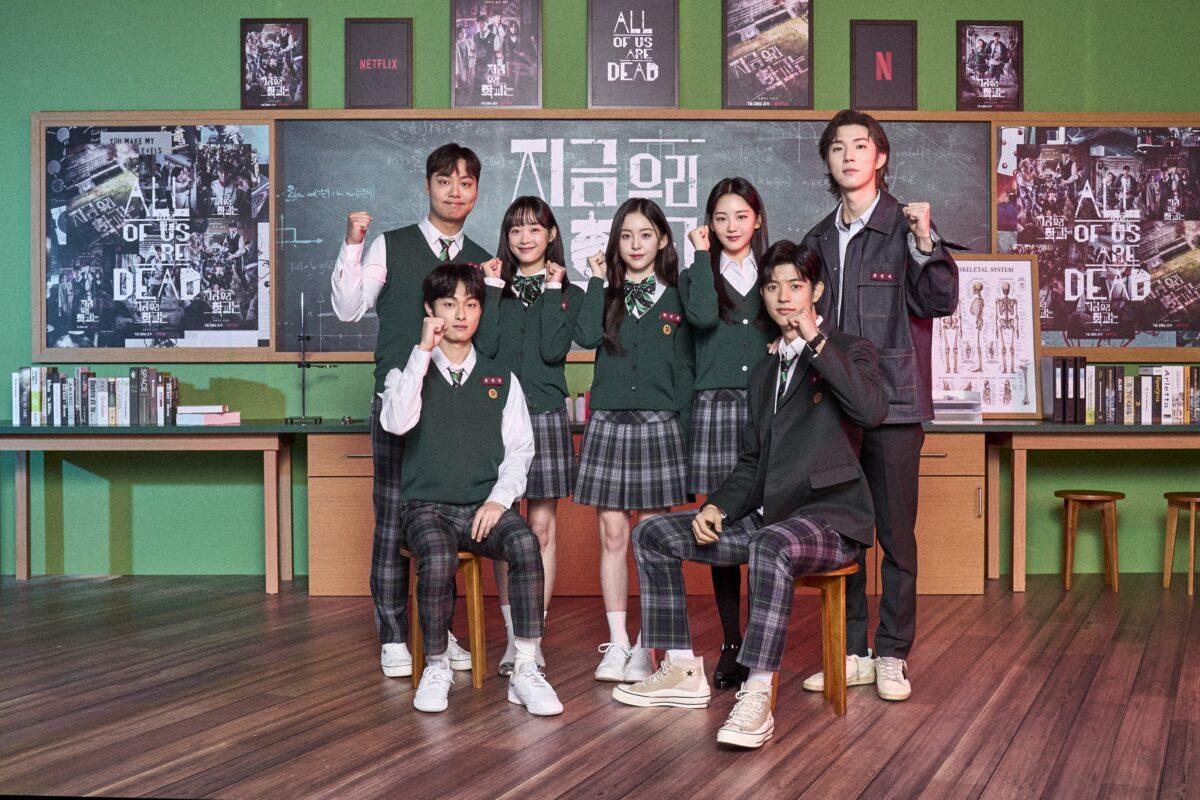 All of Us are Dead Review: Spoiler Warnings

To keep you from being spoiled at what happens in the TV series, we will be using a number of comparisons to Kingdom and the Thai drama Girl from Nowhere, as both TV series are one of the main inspirations of All of Us are Dead.

In addition to that, we will focus on the complexities of key characters in the story and how they are significant to the complex plot of All of Us are Dead. 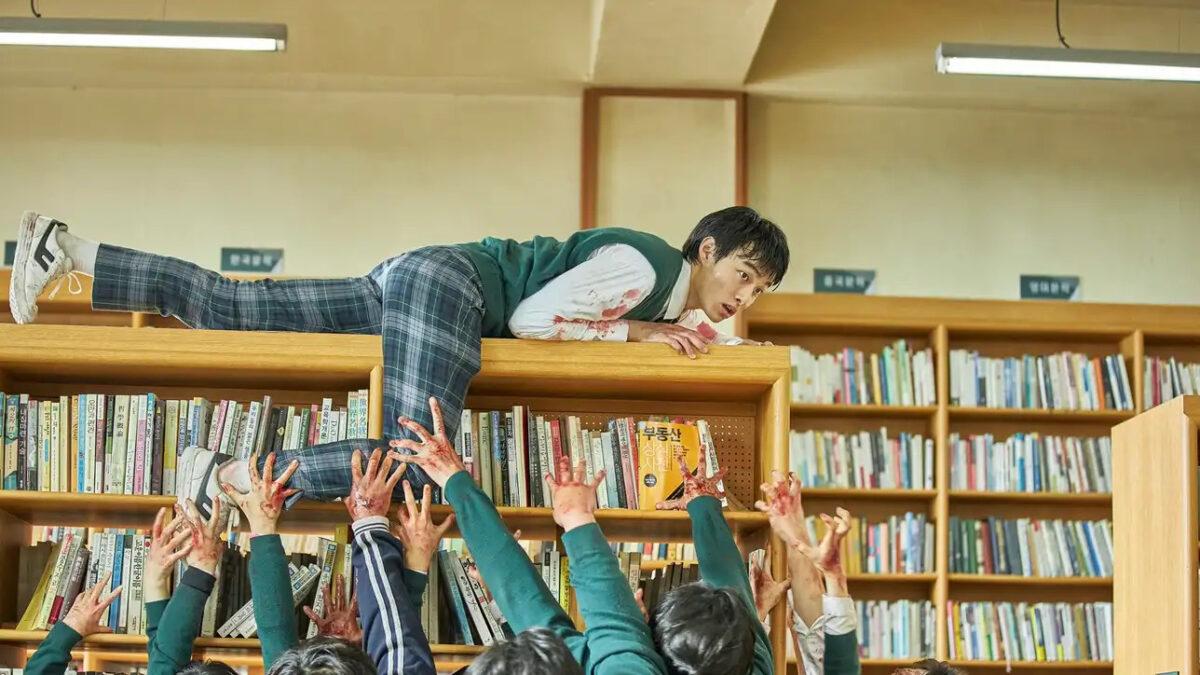 While it draws a lot of inspiration from both Kingdom and Girl from Nowhere, what makes All of Us are Dead an unusual Kdrama is how it mixed both romantic comedy with zombie thriller. The idea is really hard to picture (ie. why would you confess your feelings to someone in the middle of a zombie apocalypse?), but Netflix managed to fuse both popular Kdrama genres with minimal compromises.

This is evident with how practically every scene has at least two kinds of people–one who is the brave soul, and one who is an idiot messing things up. The setup paves the way into creating more exhilarating scenes AND scenes that will leave you laughing. Again, it does feel weird to laugh while watching a zombie thriller, but All of Us are Dead manages to nail that.

However, the strange genre fusion does result in a few plot holes that left us begging for more answers–or perhaps a possible Season 2 or spinoff special focusing on one of the key characters. We’re not just talking about how the virus has some unusual properties–there are certain characters in the story that we felt were just inserted and not given enough context to their relevance to the story. 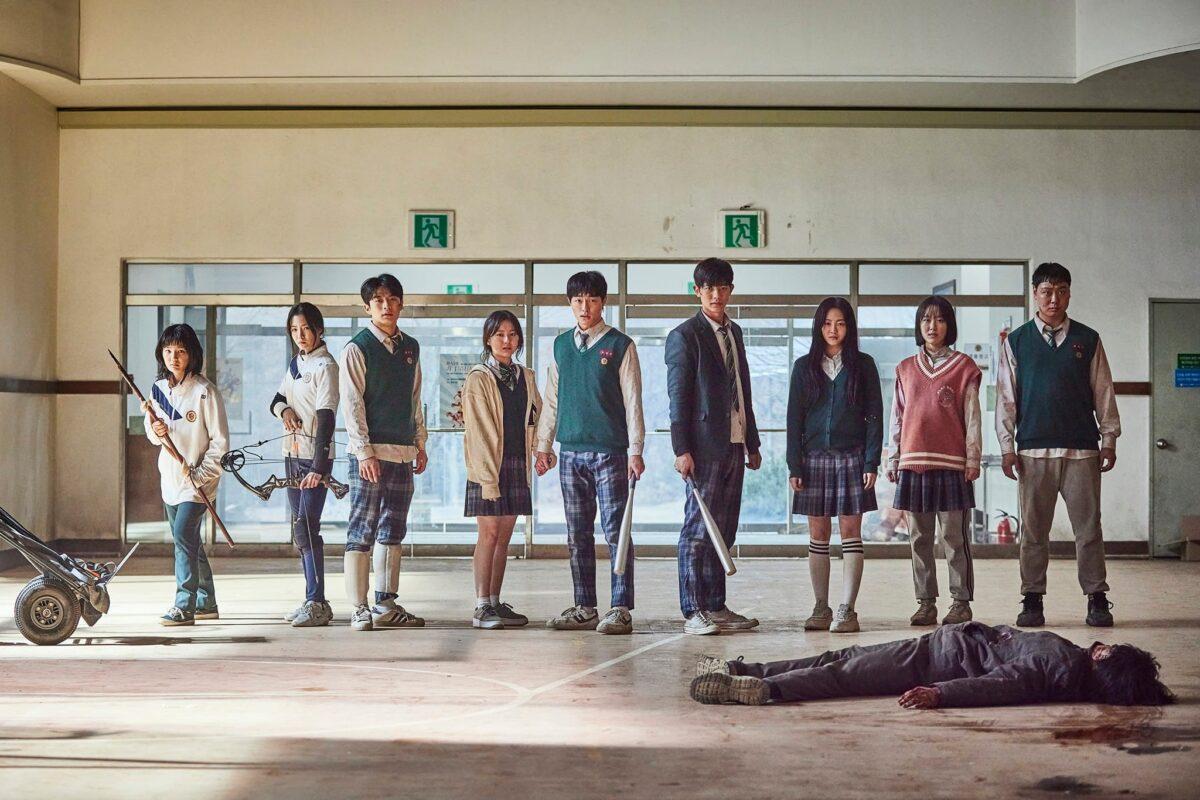 Created at the right time

Strange genre fusion aside, All of Us are Dead tackled a number of issues that our society faces. The reference to COVID-19 with quarantine protocols is the most obvious, along with the government’s iron hand over media in controlling information that is disseminated–even if it may mean spreading misinformation.

But perhaps, the key plot to the story is about school bullying–an issue that Korea has been serious about for the past few years. Bullying has been a big issue in Korea, and those accused as bullies ended up losing their careers. This affected even popular personalities, regardless of whether they are part of a national team or in a popular idol group.

Another interesting theme that All of Us are Dead explored is the brutality of the military when it comes to this kind of situation. I’m surprised that the Korean government didn’t take offense to how politics and media is portrayed here (I’m looking at you, Snowdrop), but maybe it’s because of all the twists in the story towards the end of the series, where several things go for a complete 180-degree shift.

Unlike with previous Netflix KDrama originals where there are familiar faces, the cast of All of Us are Dead are mostly new faces, save for Lee Yoo-mi (Na-Yeon) who we saw back in Squid Game.

Cho Yi-hyun (Nam-ra) might ring a bell to those who watched Hospital Playlist, and I’m really impressed at how she portrayed her role as Nam-ra, especially in the latter part of the series where she was struggling deep inside, trying to control her instincts in order to protect her friends.

Park Solomon (Su-hyeok) appears to me as the next Kdrama star with his fearless attitude in dealing with zombies–even if his friends were affected already by the virus.

On the side of the antagonists, Yo In-soo (Gwi-nam) nailed his role as the seemingly unkillable school bully that threatened practically everyone in school down to the very end.

All of Us are Dead Review Verdict

Fusing both romantic comedy and zombie thriller genres into a TV series has to be one of Netflix’s biggest gambles in its slew of Kdrama original shows, and All of Us are Dead manages to pull it off tastefully–even if the overall story is admittedly not perfect due to the strange genre fusion.

Beyond the quality cinematography that is slowly becoming a trademark for any Netflix Kdrama original series, the main focus should be given to the fresh faces gracing the show. The likes of Park Solomon and Cho Yi-Hyun are proof that the Korean entertainment industry has a number of great young actors that are yet to be discovered, and both of them have the potential to be the next It actors of their generation. 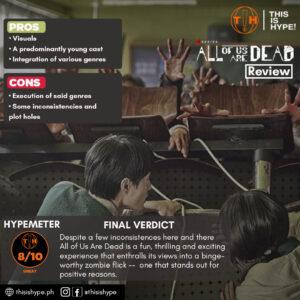 That being said, I give All of Us are Dead a Hype Meter of 8 because, despite its flaws with the whole genre fusion of thriller and romantic comedy, Netflix’s rather risky move managed to pull off a 12-episode-long KDrama TV series that will give you different kinds of emotion as you binge through it. It may not be as good as, say, Squid Game, but All of Us is Dead proves that it is possible to mix two very different genres and still come up with a great show.