Record collecting is now an official thing. Remember how the past saw companies shrinking music formats to its lowest form possible? From CDs to cassettes down to digital? Well, convenience has a price: with its scaled-down versions, there’s almost no soul to them. You can’t touch and feel the damn thing.

Well, enter Backspacer Records who understands the essence of record collecting as an experience that can never be replicated. From their humble beginnings as collectors themselves to building a store, down to releasing their own imprints, and finally going with the big leagues in global releases – Backspacer Records won’t stop and can’t stop.

We caught up with owners Robert and Tasha Tuazon to get the lowdown on how this record store/label came to be. The story is inspiring as they simply went all in and are now reaping the fruits of their labor…

When did Backspacer Records start? Can you give us a backstory? Why the name?

It started out honestly as a hobby. It was just me collecting records. Me and my wife have the same music preferences. I was collecting records, CDs, and cassettes like crazy. I even went deep into music players and formats when it was all the rage. Let’s just say the music bug hit us hard! 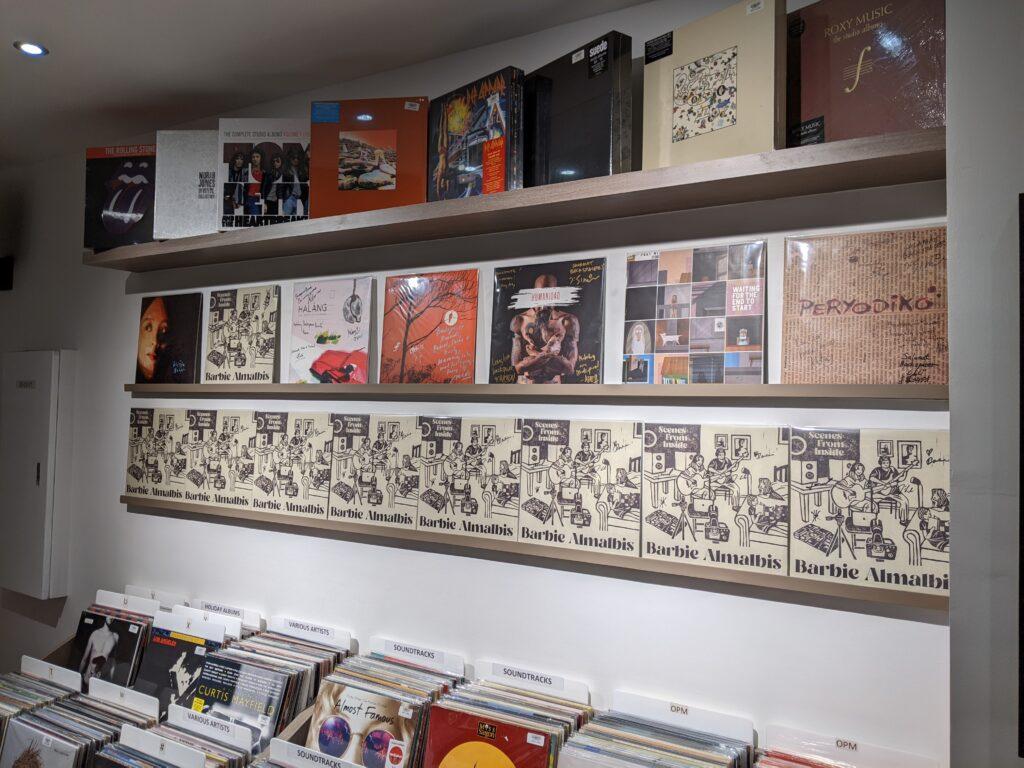 I am also a huge fan of Pearl Jam who had an affinity for releasing music on vinyl. Let’s just say that kickstarted it for me as I collected their releases even without a proper vinyl record player.

As my collection grew and it became more and more expensive, It turned into an unwritten compromise with my wife Tasha to get extra copies to at least offset the cost and make profits here and there as well. From 2009 to the present I was into collecting music and now selling it. 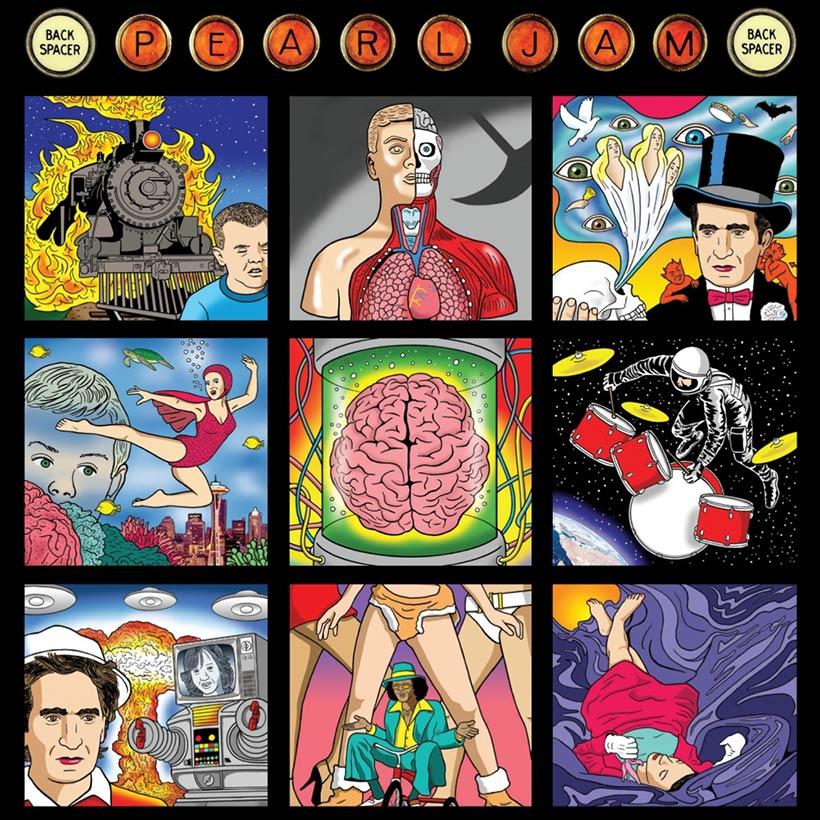 The name came from a Pearl Jam album which was my first ever vinyl purchase. For sure, you can blame it on my obsession with that band from Seattle! It was 2017 when the idea to use the said name came up because we badly needed one for the first-ever Record Store Day here in the Philippines. It was the perfect name and we haven’t looked back ever since.

It was quite a jump from selling on social media through my personal page to our own legit store which resulted in our own physical store in Kapitolyo. Due to the pandemic, my wife’s know-how helped well in creating a website to cater to our target market easily as well.

Congrats on the local releases. How did the idea concept come to be?

It was us basically scratching our own itch because we ourselves are fans. It’s no secret that 90% of what we sell are foreign titles and as OPM fans, we often ask “Bakit walang nagpe-press ng local titles?”

For sure, there were other companies doing it, but we had particular albums in mind. We then studied the whole nine yards of pressing and releasing music on vinyl. That included contacting pressing plants abroad. It was a meticulous process. Starting from scratch, to legal matters down to the artists and labels eventually.

First was Peryodiko‘s album. We were very lucky na naging open si Vin. We’re happy to say that there is a demand, a high demand for OPM on vinyl, like The Dawn and Ebe who had awesome feedback. It was us basically doing what we want to see in a record. From the artwork, to the packaging, we just decided do it right!

Malakas talaga ang OPM eh. From Peryodiko, The Itchyworms, Dong Abay, True Faith, The Purplechickens, to Barbie Almalbis…we’ve got more in the works as well.

We strongly feel that it establishes a strong connection between the fan and the artist. Let’s just say we are not merely a label as we facilitate the whole process in the music fan’s POV.

Being the exclusive vinyl carrier of Adele’s latest should be a blast. How did that happen?

My wife used to work for Sony and that established a working relationship with them including being the exclusive carrier of Adele‘s latest album which made us the official distributors, not necessarily exclusive but we have close ties with Sony Music which makes them a direct contact for us. 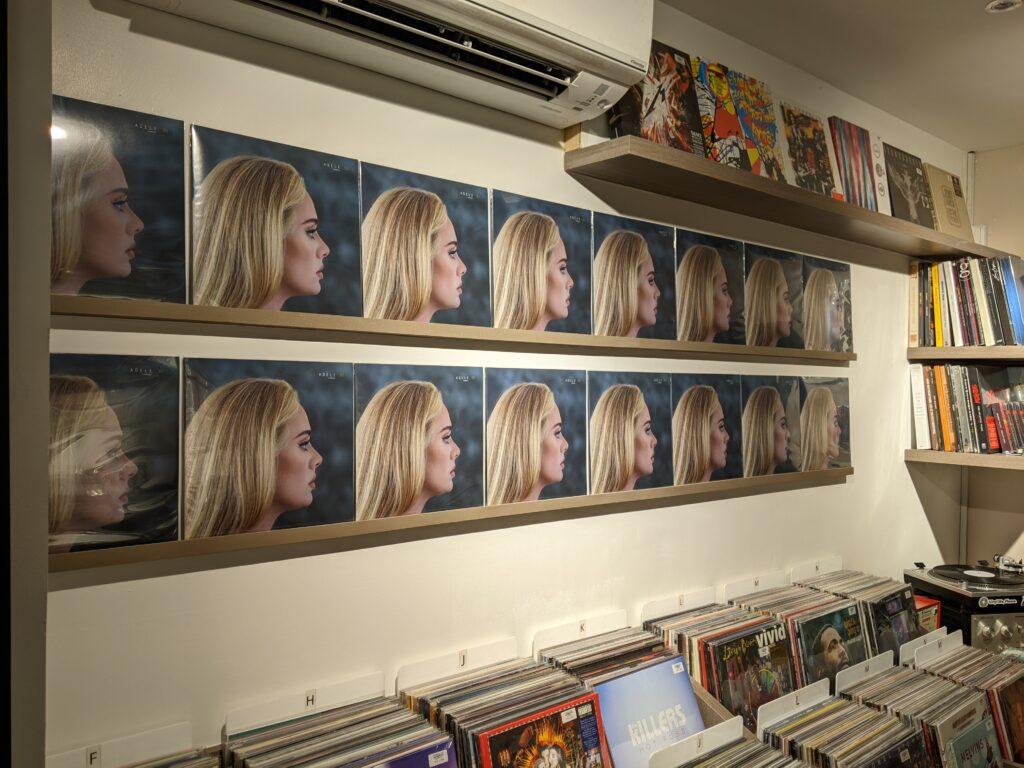 Of course, the album is available everywhere but we take pride in being an official partner with Adele’s label, which is a milestone for Backspacer Records. Sabay tayo sa global release, which is a treat for local music fans!

A lot to mention actually, but the upcoming titles we have for the next few months will be awesome. We’ve got Kitchie Nadal, another Dong Abay album, Ciudad, a compilation with Lockdown, a re-record of Narda‘s album remastered by Ely Buendia… Abangan nyo yan!

Oh, we’ve got Brain Salad and The Jerks Live on vinyl soon too!

What genres in your shop are most sought after?

No contest, the best-sellers are the classics ranging from Greatest Hits albums from ABBA, Queen, and The Beatles. As for the younger demographic, we’ve got Taylor Swift and Adele who’s albums are selling like crazy!

Future plans for the label and the store?

The plan is to live our dreams further by collaborating with artists we love even more. Now that the situation is easing up a bit, we would love to have in-store releases, events and signing sessions to further the local music scene even further! 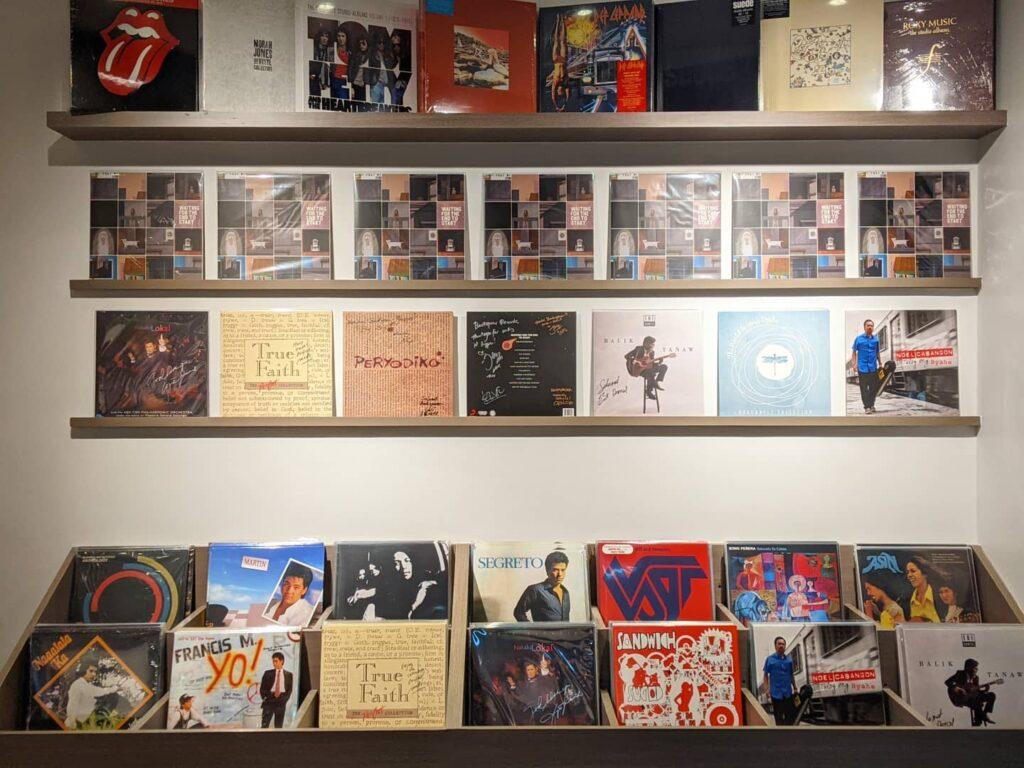 Final messages to our readers?

Backspacer Records is here to share the experience! It’s music that you can hear and feel! For most young people, it’s their chance to experience how music should be enjoyed. It’s time to rediscover the joy of owning an actual record- a medium where artists can communicate their vision completely!

Thanks Robert and Tasha!

Speaking of local music, do check out The Itchyworms’ Christmas album here.