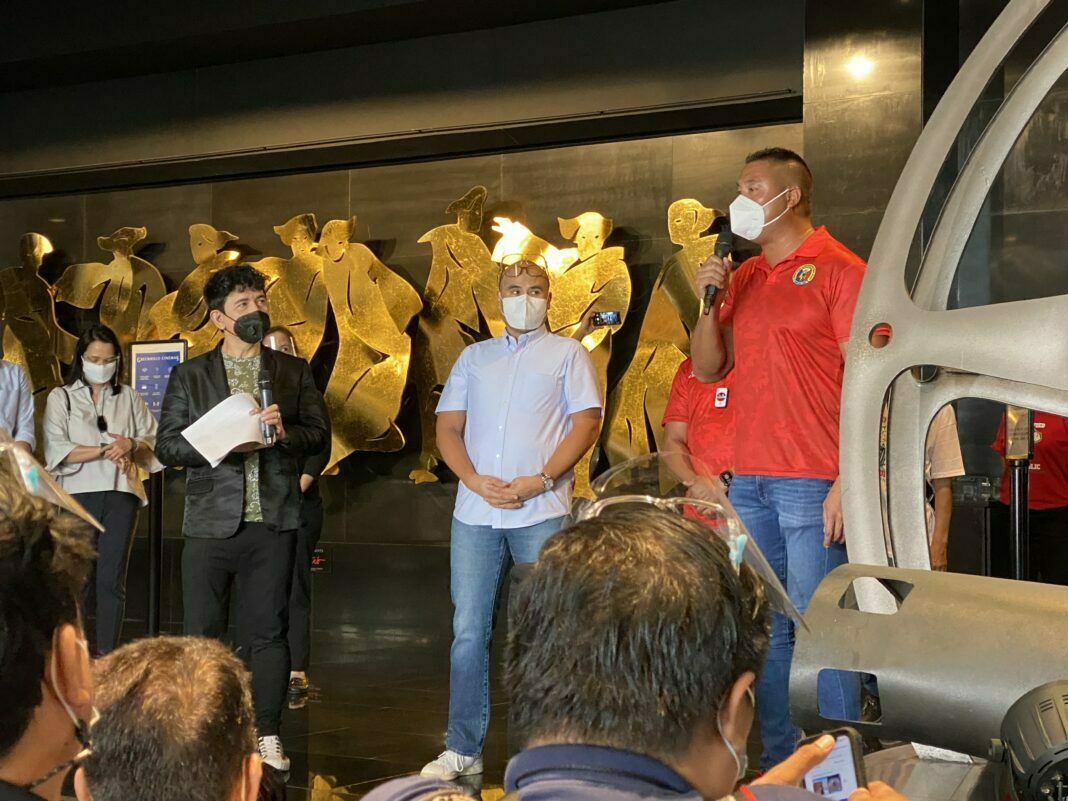 November 10 marks the reopening of several cinemas all across the Metro. It is undeniable that movie patrons are filled with exuberance and joy at the chance to view their most anticipated blockbusters on the big screen. Together with such excitement however comes some much understandable trepidation given the ongoing predicaments that we still face today. We decided to check out the viewing experience for ourselves in order to hopefully set and level out the expectations for those who wish to enter their favorite cinemas.

We were blessed to be invited to the opening of the cinemas in Greenhills Promenade which was led by Mayor Francis Zamora, Vice Mayor Warren Villa, Greenhill’s cinema manager Paolo Mendoza, and some of the other city government officials and some members of the press. Zamora took the time to inspect every safety protocol that the cinemas have in place including the purchasing of tickets which can be done both before entry or through online platforms. Zamora also inspected the disinfection process in one of the theaters before officially opening the cinemas through the lighting of the giant movie reel located beside the entrance to the Promenade cinemas.

“I want to personally make sure that our cinemas in San Juan will be safe for all of us, not only for the moviegoers but for the employees of these establishments as well,” said Zamora.

Mayor Zamora went through the various steps that are set in place to ensure the safety of moviegoers. These protocols include the following:

Check out our complete guide on the protocols mentioned.

We ventured to check out the experience of returning to the cinemas as a whole during its opening this November 10 as we also took part in watching our first film in the theaters with the sci-fi action film, Dune (tune in to This Is Hype Ph for our full review on this soon).

The Experience of Returns to the Cinemas

Prior to entering the cinema, it is evident that the viewing experience would be totally different from how we were accustomed to before the pandemic started. The various protocols from purchasing tickets with the presentation of vaccination cards down to the closed popcorn stand reinforce such a reality. These protocols however honestly provide a sense of security for movie patrons given that we also take our part in being responsible to abide by these protocols.

The excitement and somewhat reminiscent nature of entering through the dimly lit hallways of the cinema immediately begins even before you reach your seat. It’s a reminder of the simple joys we used to experience before the pandemic while simultaneously boosting up our hope for the future. Once you make your way to your seat the clearly divided and strategically planned seating gives us comfort and assurance of an undisturbed and safe experience. The seats are clearly marked with straps that designate which ones can be seated on by moviegoers and the layout is designed in such a way that there is also enough space from the people seated behind and in front of you. This was achieved through an alternating pattern of seats per row.

As the trailers flashed before our eyes, the chills and goosebumps kept piling on as we kept a list of films that we definitely would love to see on the big screen such as Spider-Man: No Way Home, No Time To Die, and The Matrix Resurrections. The cinema we were in boosted the Dolby Atmos surround sound which in all honesty is one of the elements that movie-goers such as myself look forward to together with the gigantic screen. As the film started the full experience of watching in the theaters fully sank in and it is honestly an activity that we missed. The communal aspect of watching in a theater is unlike any other and despite the protocols in place it still feels like how it used to. The thrills and joy of watching your favorite movie and stars on the big screen even with the restrictions are unexchangeable. The sacrifice of watching with your face mask on with a socially-distanced seating arrangement is still very much worth it.

As mentioned, having reservations about part-taking in such an activity is natural and understandable. If you are however willing to take the much-needed sacrifices and precautions to ensure your safety and those around you — watching in a movie theater is definitely worth it. The opening of cinemas is an open door for so many things up ahead. It’s an open door to reconnect with people once again. It’s an open door to start believing in better days up ahead. Most importantly it’s an open door to worlds and stories that are just waiting for us to explore that are all brought to us by creative minds and film producers.

Based on our first experience back in the theaters, we are excited for what’s in store in the world of films as cinemas reopen and journey with us as we give you the latest reviews and news on everything in movies, entertainment, and lifestyle.