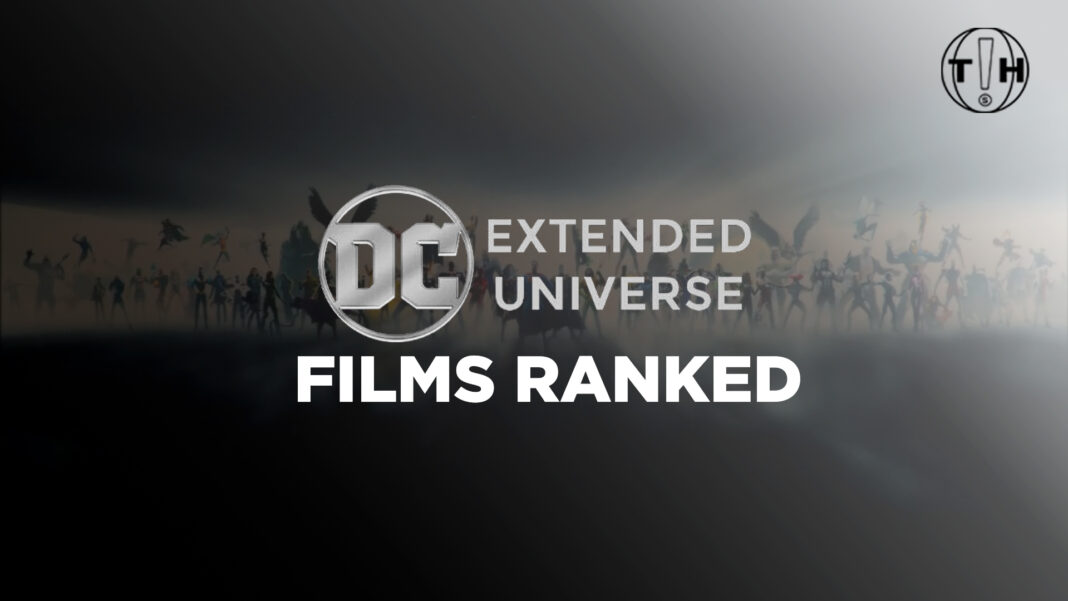 Superhero films are still one of the most sought-after types of content today and DC is up with their latest film released, Black Adam. We presented our review of the said film and gave it a score of 8 out of 10 (Read: Black Adam Review). We wanted to see where the film lands in the DCEU spectrum which admittedly has had its fair share of extreme highs and lows. Here are our DCEU films ranked from worst to the very best.

Disclaimer: This DCEU Films Ranked article will limit its discussion to live-action films only and therefor DC’S League of Super-Pets will not be featured in this list.

The first try at this team of villains-turned-protagonists wasn’t at all a good one. Far from it. The story made no sense and was instead a barrage of anti-hero/superhero tropes that were underutilized. The premise initially seemed intriguing on paper but the execution felt rushed and as a means to dish out big star power and even that couldn’t salvage this film. The darker tones didn’t make sense as well and in fact, became an inconsistent mess that tried to recreate the effect of Man of Steel but to no avail. 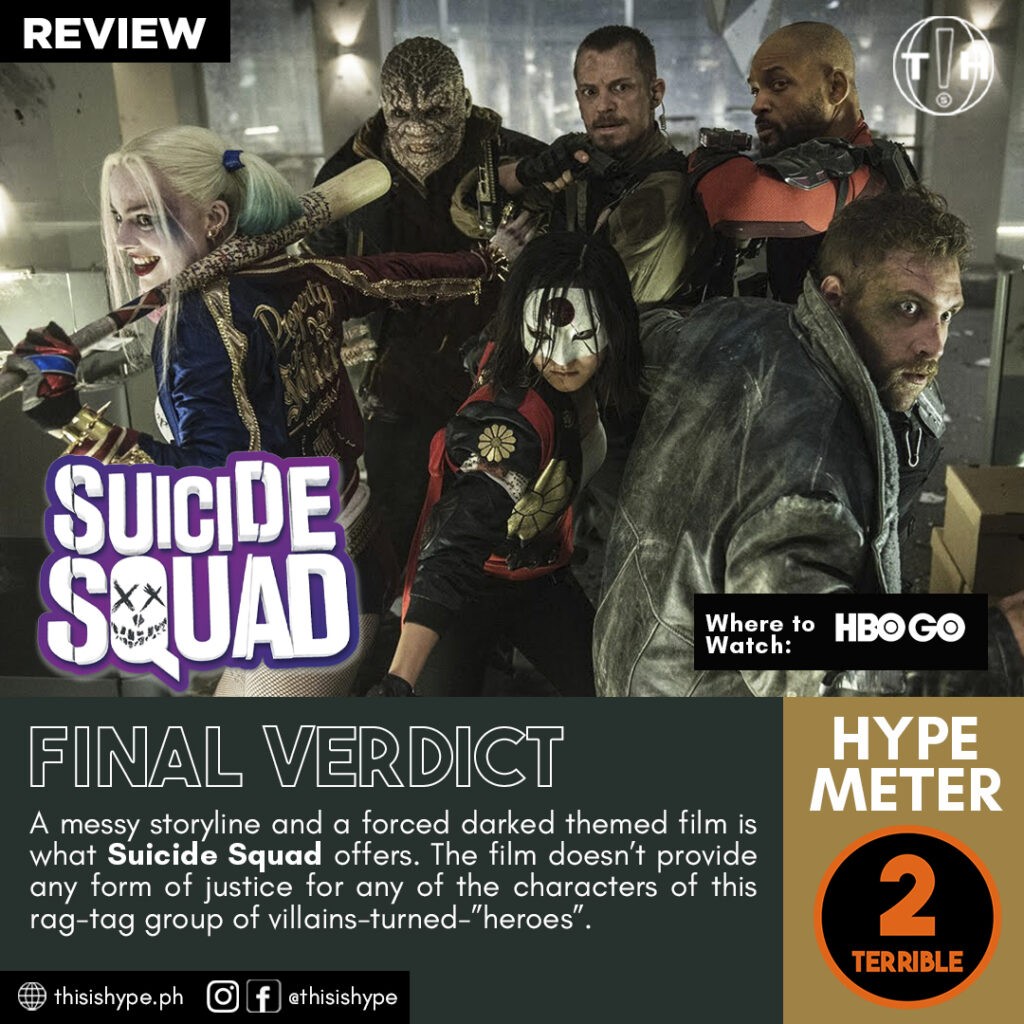 Another film that looked great on paper but failed to deliver the hype it initially promised. The confrontation between the Dark Knight and the Man of Steel should have been epic but sadly it was a rushed disappointment that tried to do many things all at once. We are introduced to Wonder Woman, Lex Luthor, and Doomsday, all at the same time. There wasn’t any satisfying conclusion or flow which all just point to a very underwhelming and confusing film. 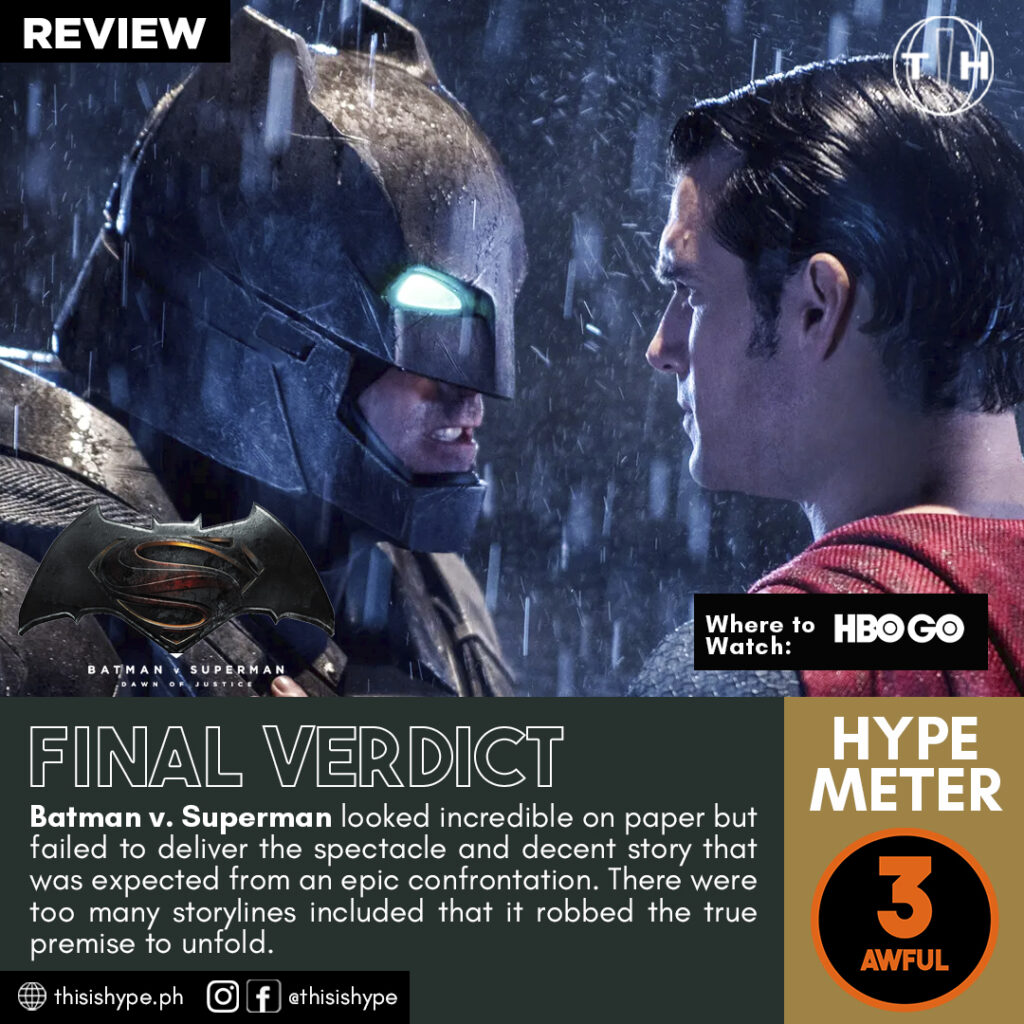 The epic assembly of heroes brought about high expectations from DC fans. The same effect that the MCU gave us with the first Avengers film was probably what was hoped for. Again, the film felt extremely rushed while trying to squeeze in as many background storylines and plot points all at once. The change in directors was what was initially blamed for this failure of a film (more on that in a bit). In the end, the first try at the Justice League was just bland and was no comparison to other superhero team origin stories. 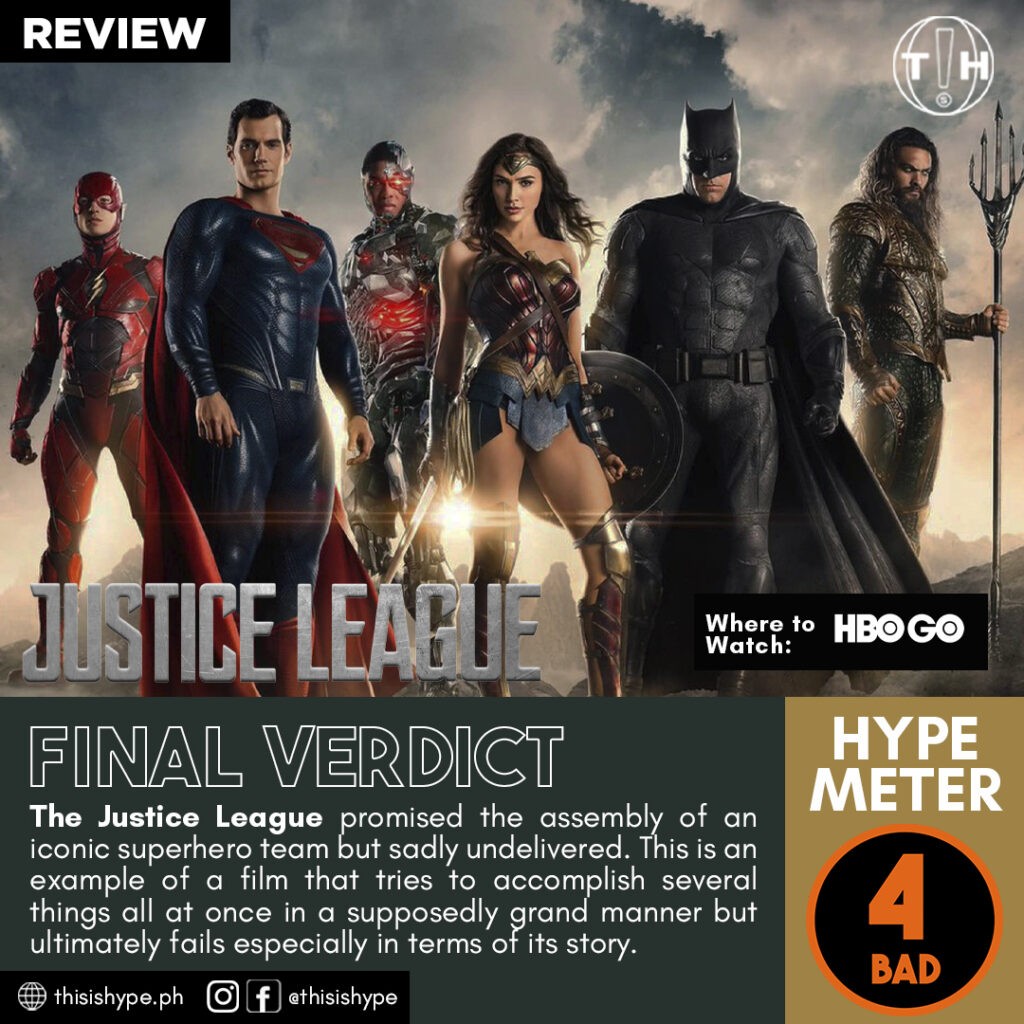 This was what fans wanted and once we got it we instantly knew it was better than the first version. How much better? Not that much to be honest. The three-hour-long director’s cut that boasted the vision that Zack Snyder had was a great improvement of creativity from the aspect ratio of the film down to the black-and-white version offered. The problem however came down to the pacing still and overly-elongated time frame. It did somehow solve the issues on the rushed storylines and even ironed out some plot holes in the process but it became clear however that redemption wasn’t still in the books for the Justice League but we did get an artistic expression from Zack Snyder nonetheless. 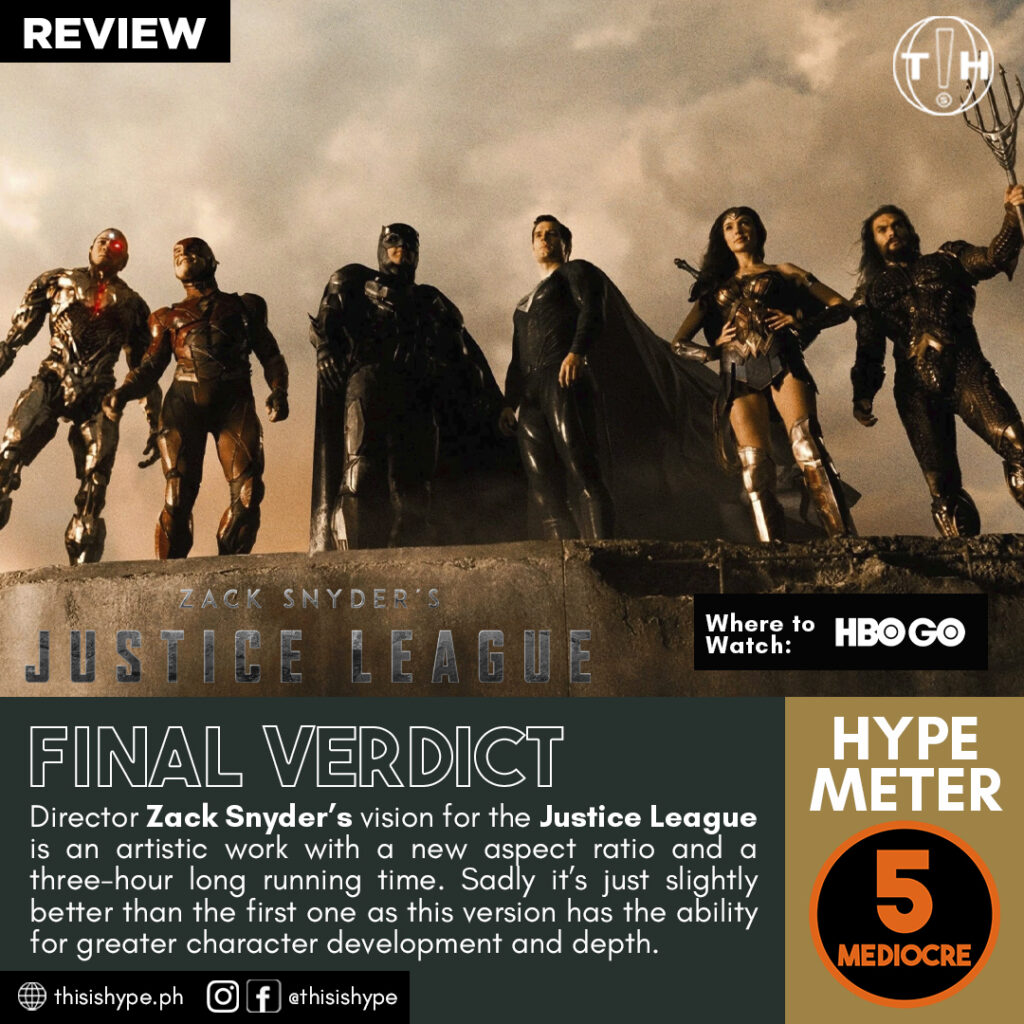 The sequel to the 2017 Wonder Woman was a pretty decent offering to be quite honest but it doesn’t compare to the first film, to be honest. There are enough decent moments that keep it exciting but it lacked the amazing fight sequences that the first film showcased. The pacing was quite sluggish and suffered a bit from trying to do many things (and villains) all at once but Gal Gadot still shines the brightest in this one as she showcased phenomenal acting and a great grasp of the characterization of Diana for this film. A huge bonus was seeing the workings of the Invisible Jet for the first time! 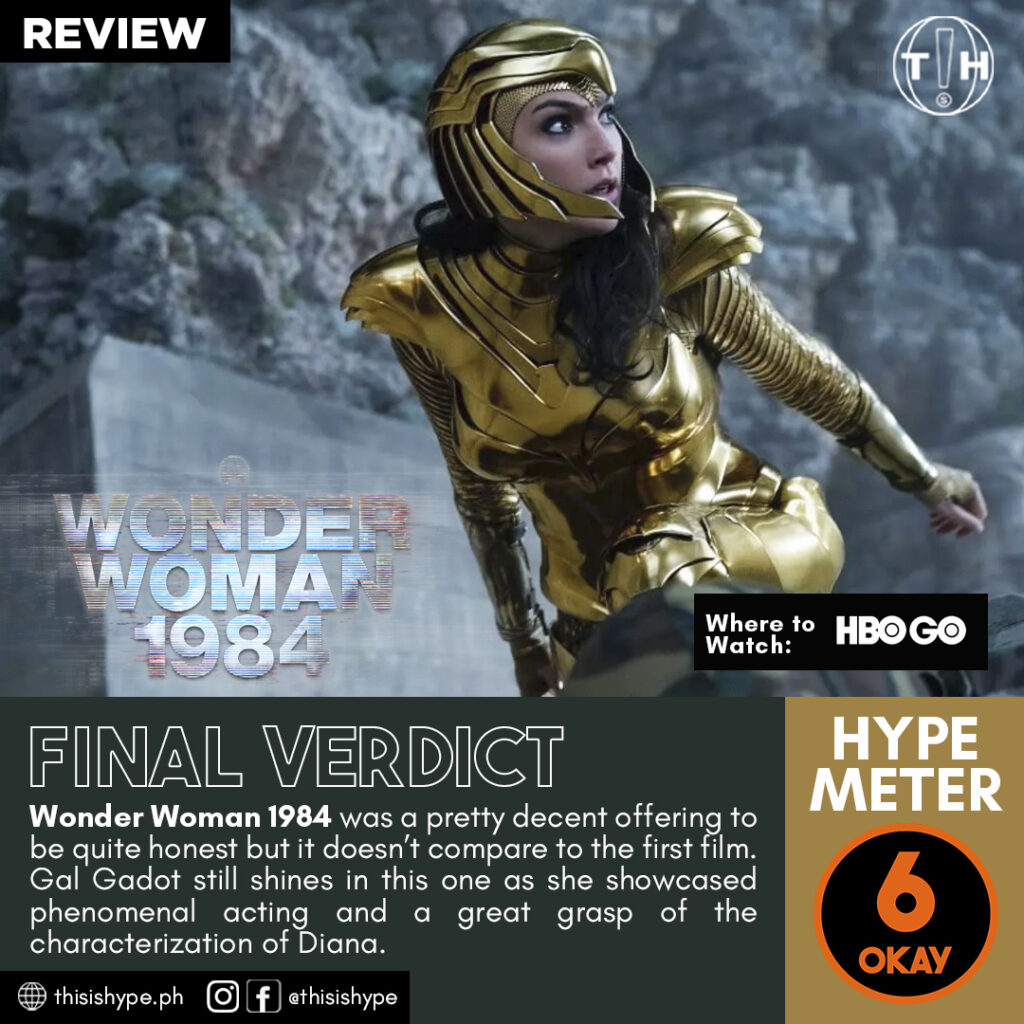 The Man of Steel was a revelation when it first came out. We’ve had several versions of Superman in the past but none like this to be honest. This film ventured tried to follow in the footsteps of The Dark Knight Trilogy by Christopher Nolan. To an extent, it nearly got there with a darker and more serious storyline. The visuals and overall premise however weren’t all that consistent. It’s a film however that still got the job done of ushering in a new era for DC and in turn kicking off the DCEU in the process. 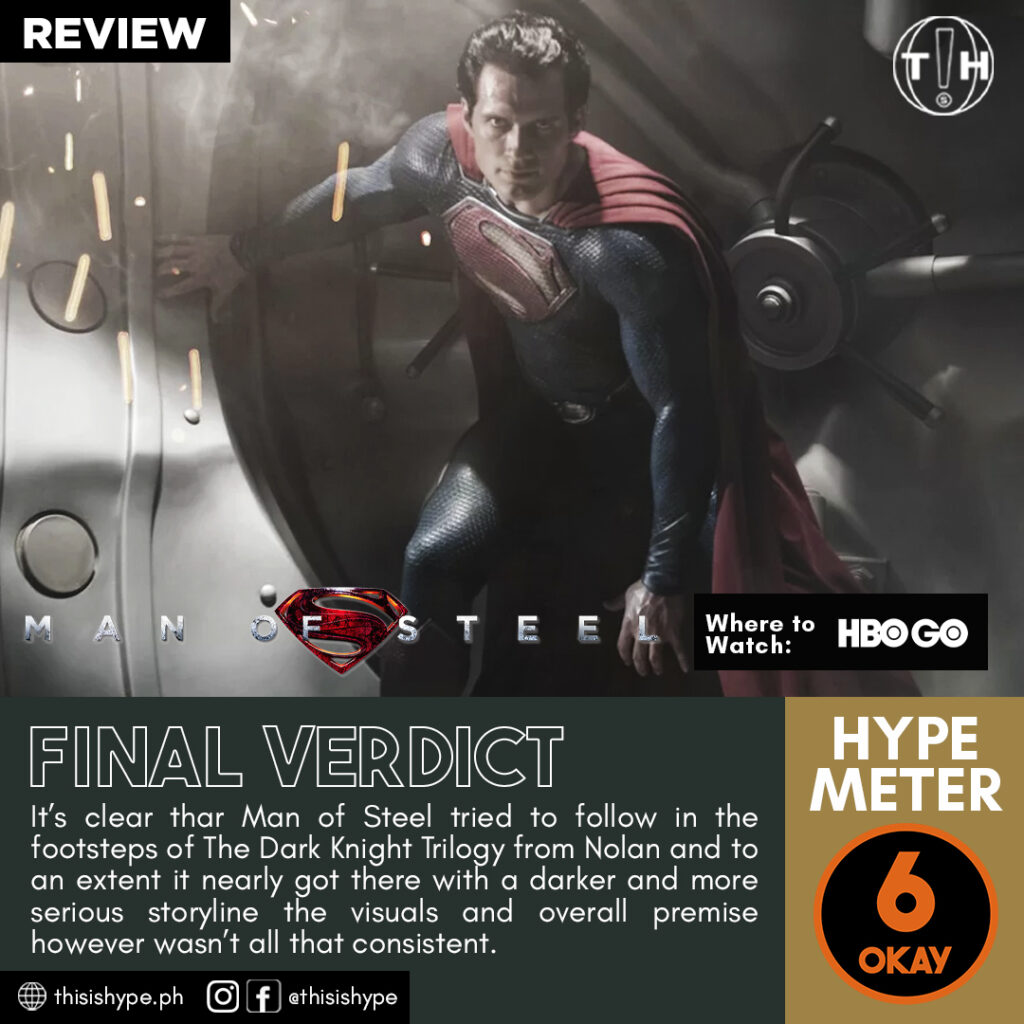 The latest film in the DCEU is a pretty entertaining offering. Lots of great action sequences and a pretty great anti-hero storyline. It does suffer from an abundance of superhero tropes and repetitive storylines and fights sequences that pushed it on the edge. The Justice League of America however helped bring the film to a whole new level and was honestly the saving grace of the entire film. 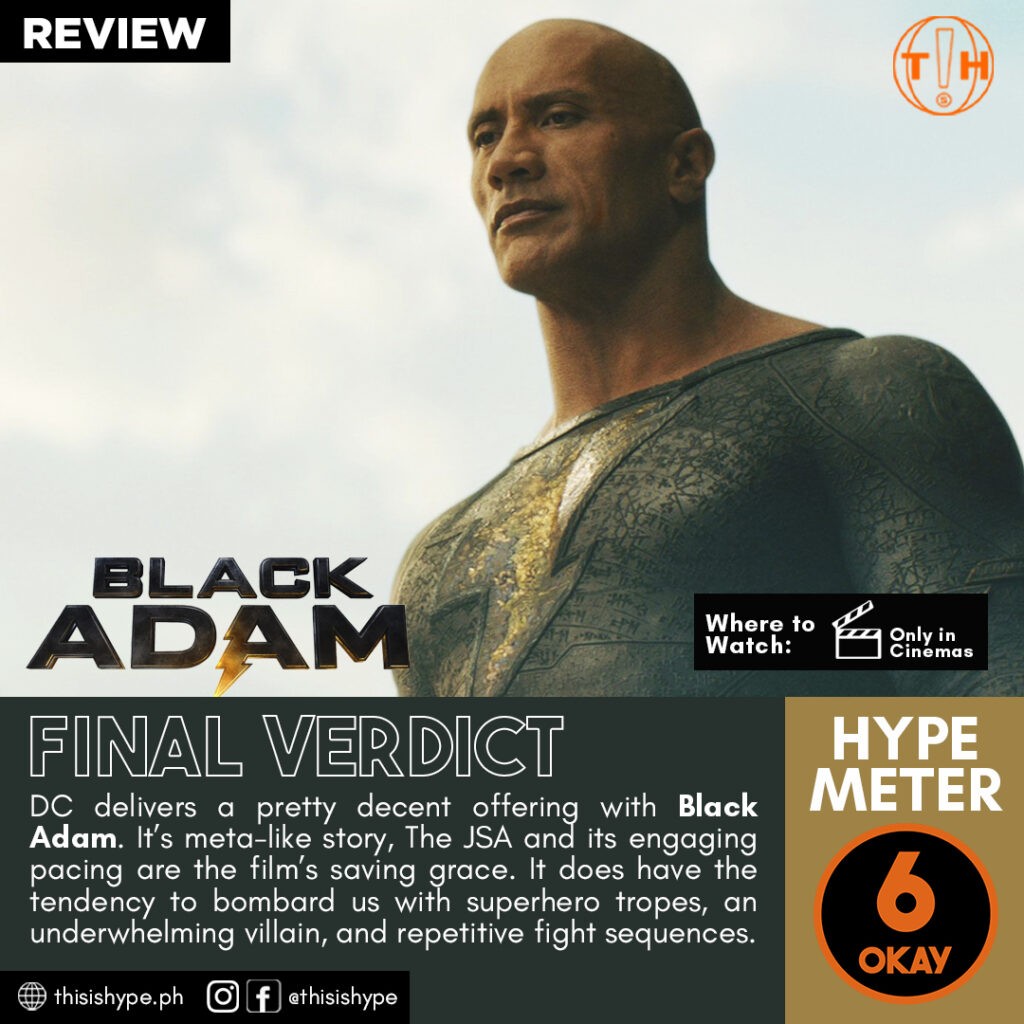 Aquaman offers the fun and thrill of an epic adventure film like Lord of the Rings. It mixes mythology and a quest/treasure hunt expedition story which is enthralling to witness. The build-up admittedly is quite slow but once you get to the second or third act in the story — things start to pick up and it maintains the thrill from here on out. At its center, Aquaman is all about spectacular adventure, and boy does it take us on a pretty sick ride. 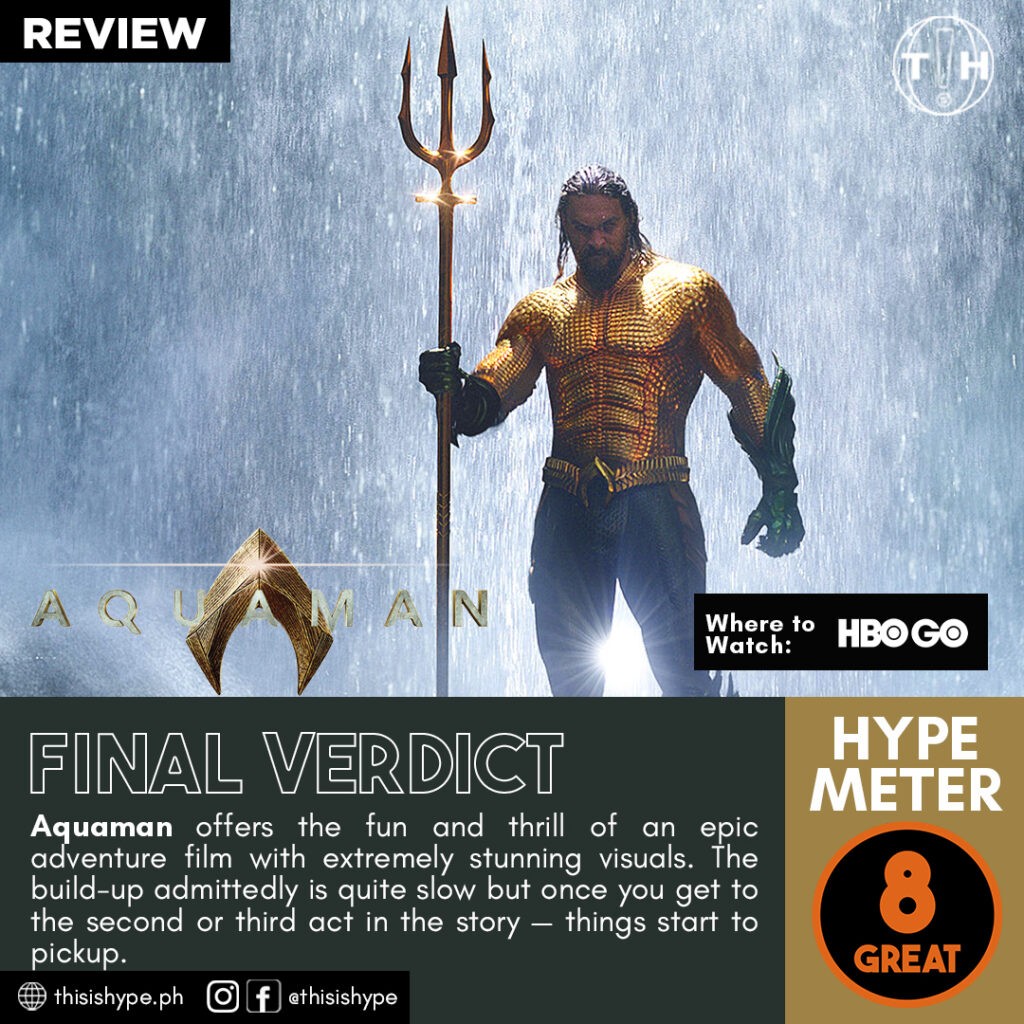 It’s wacky, absurd, and fun all at the same time. It’s all you’d expect and want from a film that revolves around Harley Quinn. The sub-heading does inform us of its direction as a pretty much Harley Quinn-centric movie. The story actually is engaging to be honest and doesn’t lag that much. It injects great humor into the mix and while there are some characters that tend to fade in the background we once again pound that this is pretty much a Harley Quinn film which Margot Robbie takes full control and advantage of. 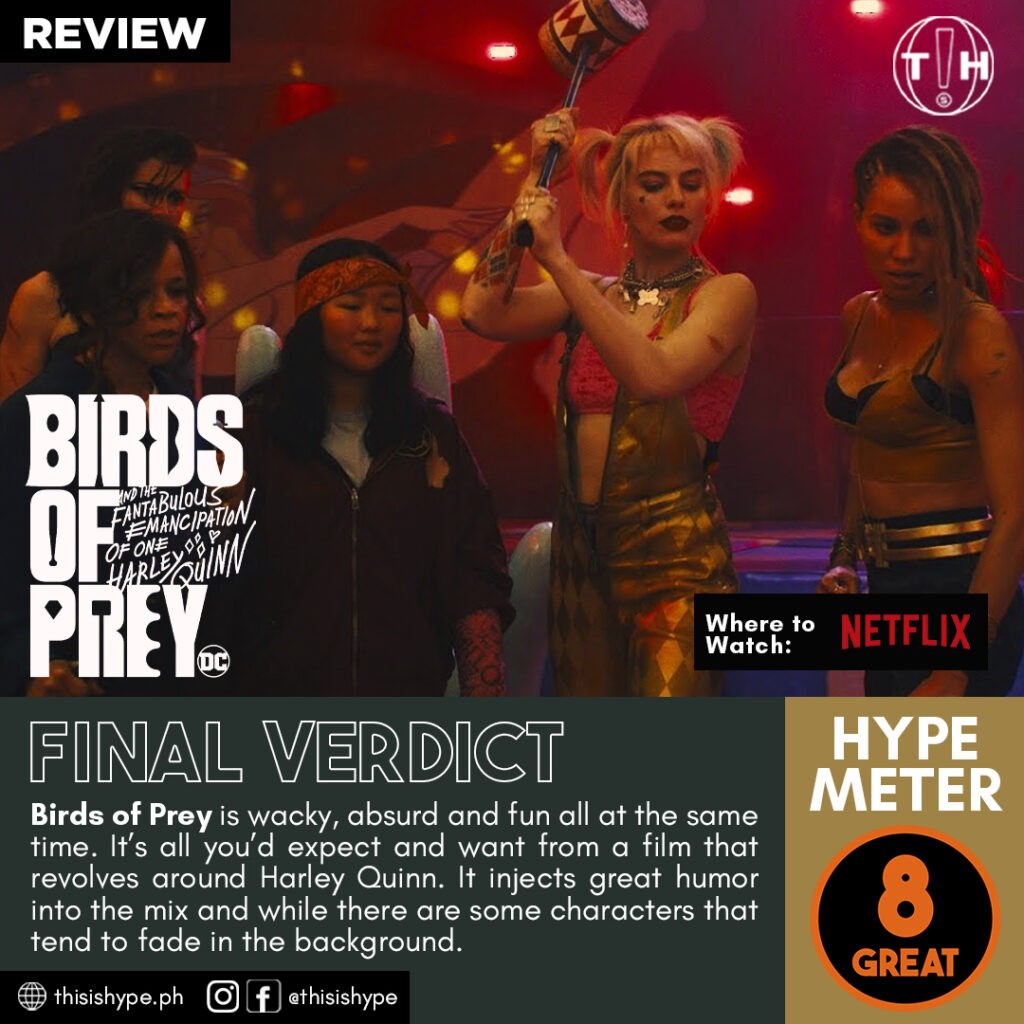 The DCEU as a whole admittedly suffers from inconsistencies in terms of its thematic tone. There are some films that lean on darker visuals and a darker storyline while others are just too light — seemingly leaning into the Marvel formula. “Shazam!” falls under the latter. Zachary Levi does an amazing job at adding precise humor and a light-hearted spirit into the DCEU while still providing all the hero spectacle that we expect from such films. There may be nothing Earth-shattering and ground-breaking in Shazam!, but it’s a fun film that invites the audience to have a good time. And there’s nothing wrong about its upbeat attitude, as it’s meant to be enjoyed as a light superhero romp. 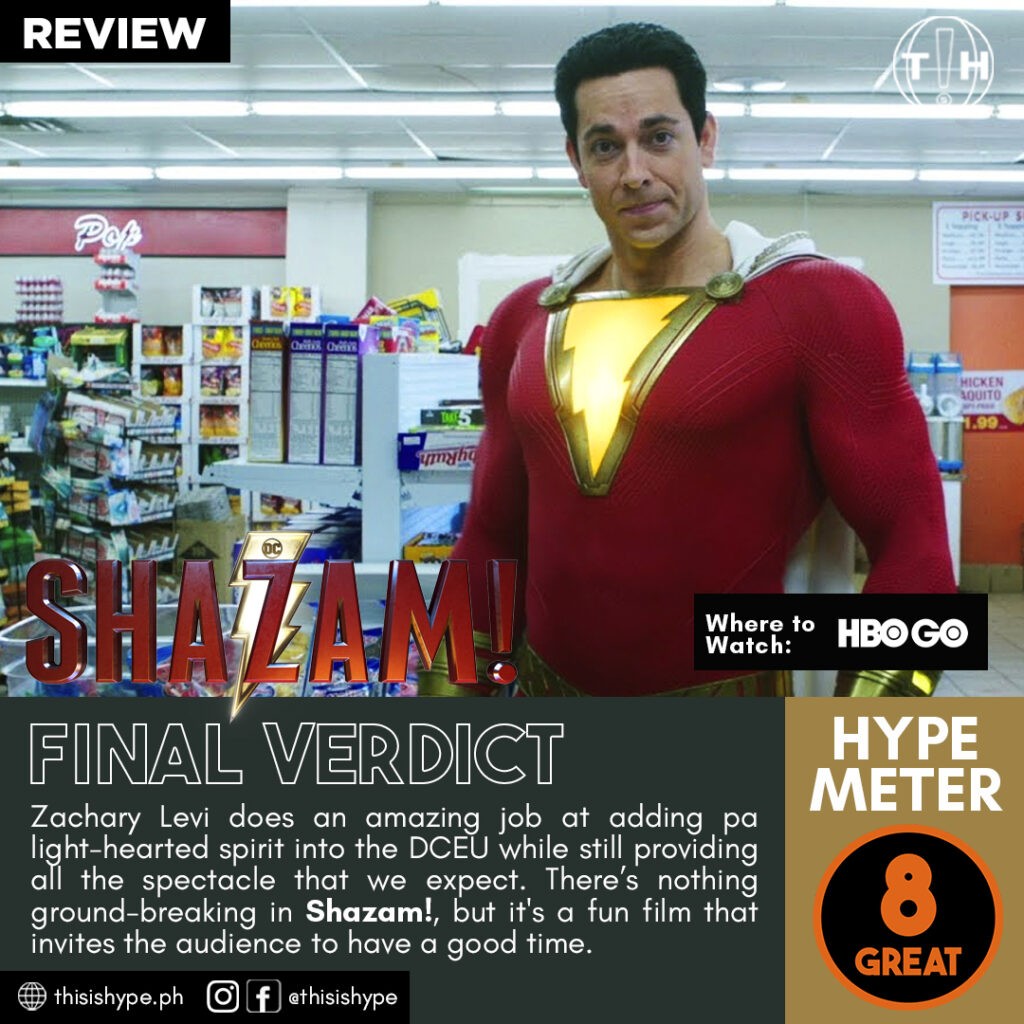 Gal Gadot placed the DCEU on the map and even gave the film franchise its much-needed redemption and revival. The serious and dark qualities of Wonder Woman actually paid off as the film melds a fictionalized version of history, war, and good ole fashioned adventure-action sequences. The is honestly still one of the clearest and most entertaining films in the DCEU to date in terms of its story while also being one of the most consistently appealing in terms of visuals. 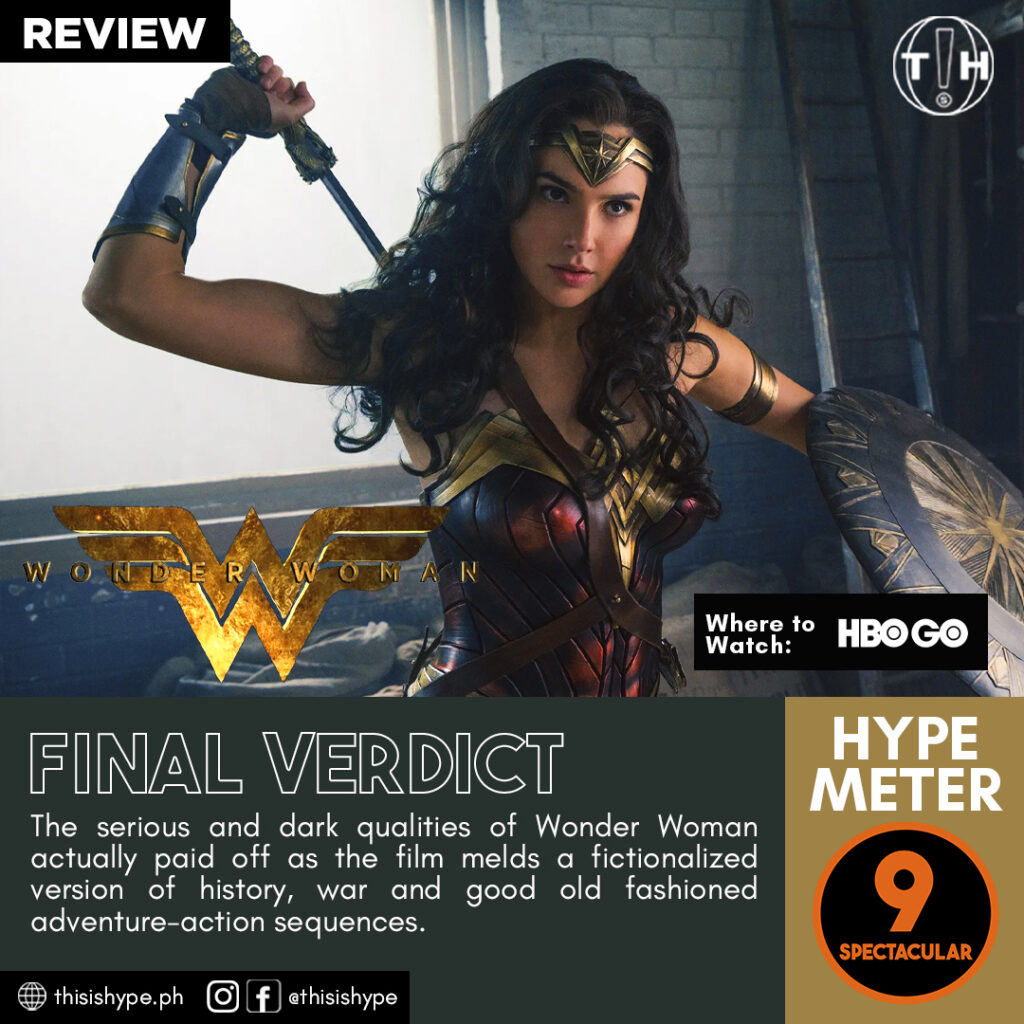 James Gunn has proven himself as a mad scientist in filmmaking by bringing the dead back to life with his version of The Suicide Squad. It takes a madman to execute such a spectacle of a film while reinvigorating a film that had a rocky start. It is a film that has everything from emotional and dramatic scenes, comedy, non-stop action, blood and gore, heroes in colorful suits and spandex, ridiculous yet powerful villains, and many more. 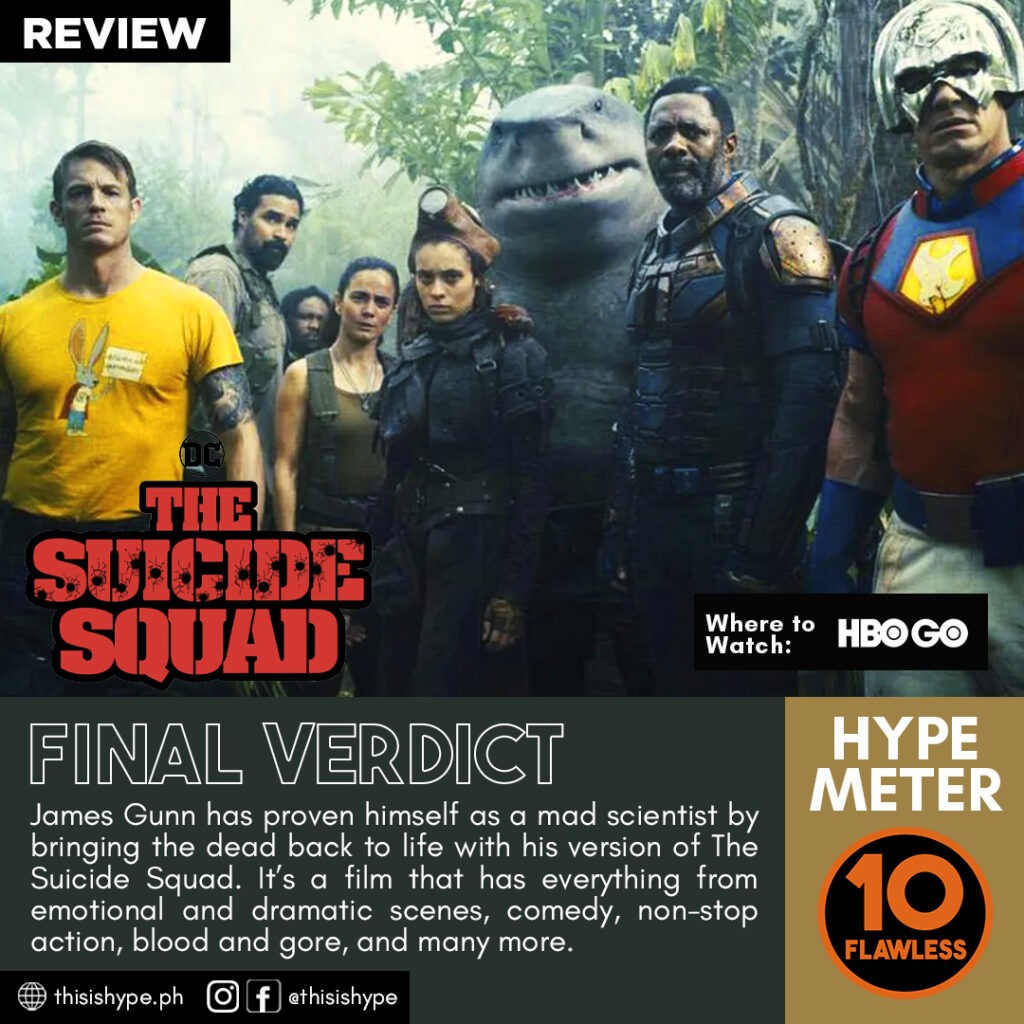 THE DCEU AS A WHOLE 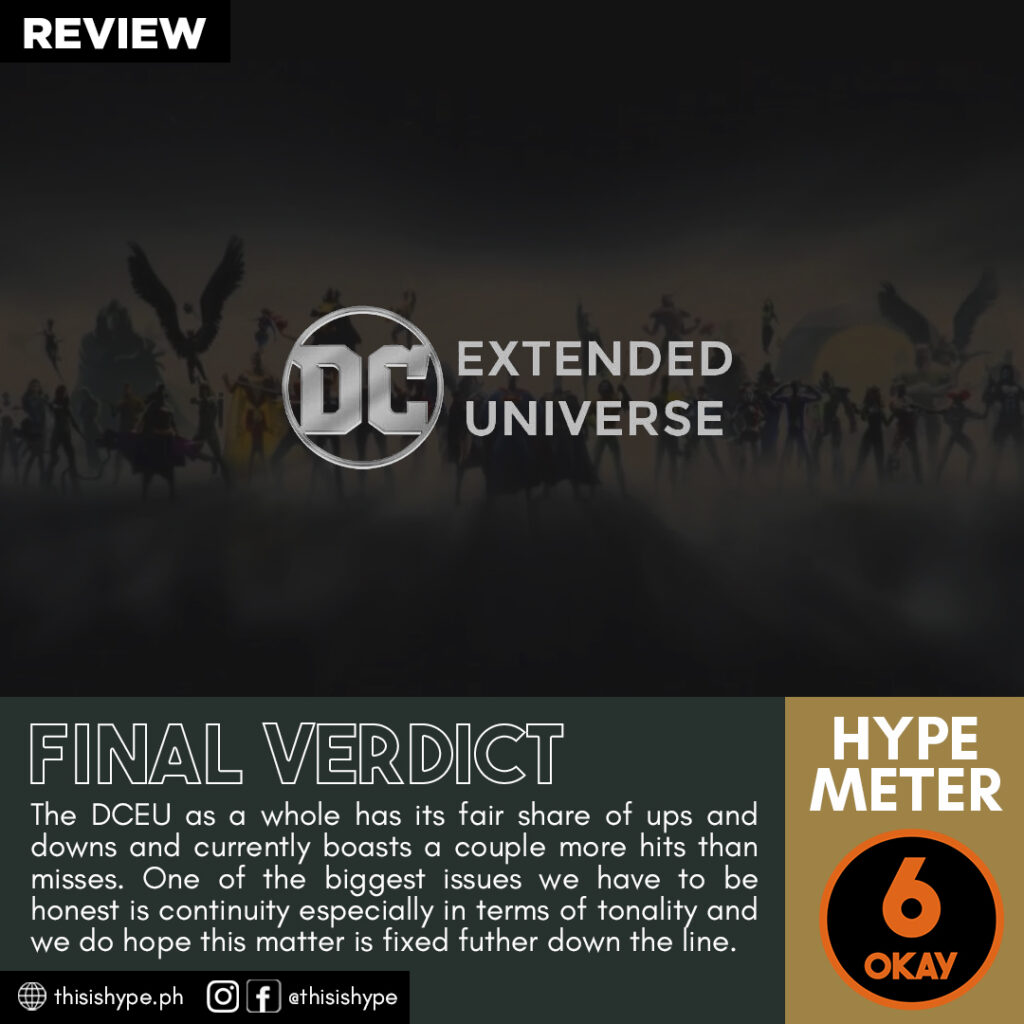 As of writing (10.25.2022), we give the efforts of the DCEU an overall Hype Meter of 6 out 10. As seen in our DCEU Films Ranked Article, There are clearly some standouts but as a whole the film franchise is barely hanging on with a couple of terrible films in the mix. In other words, the DCEU features films in two sides of the spectrum. The future of the franchise is still however pretty bright with the expected releases of Shazam! Fury of the Gods, The Flash, Blue Beetle, and Aquaman and the Lost Kingdom in 2023.

Tune in to this DCEU films ranked article as we will continuously update this as films in the DCEU are added.