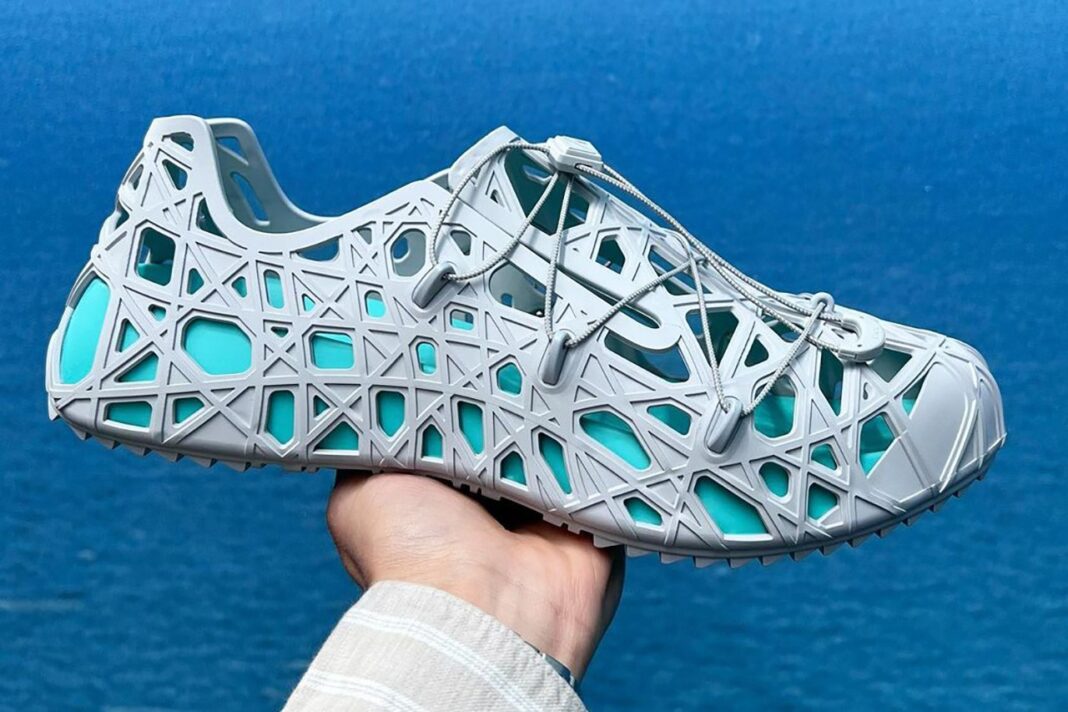 Luxury brands have constantly shifted their designs to favor more street styles that the likes of Supreme have popularized. The recent popularity of Crocs being luxurious is slowly becoming the trend–but Dior is exploring a different approach for its upcoming Summer ’23 Footwear collection.

Based on the preview photos so far, it seems that Dior wants to make hiking glam and luxurious with a collection that features hiking shoes, a lightweight version with a cage-like design that reminds us of Foam Runners, a chunky Chelsea boot, and a strange pair of low-cut leather shoes with Dior-branded cloth wrapping almost the entire sneaker.

Between the four pairs previewed for the Dior Summer ’23 footwear collection, it’s interesting to see Dior join the luxe Crocs trend, like what Louis Vuitton, Balenciaga, and OFF-WHITE have released as part of their footwear collection AND actually reimagine your average hiking boot as some luxury sneaker.

The former appears to be a rugged version of Crocs with a chunky insole to keep your feet comfortable while going on a hike, while the latter looks like your typical Salomon Trail Running shoes but with grid overlays like the Crocs-like sneaker and Dior branding. We expect all four sneakers to be pricey (upwards of $1000 at the very least), but it remains to be seen if they will be a hit for Dior.

What are your thoughts on Dior’s upcoming footwear collection?