Home Art and Culture From Melted Popsicles To Pro Wrestling Insects: The Art of Dondi Fernandez 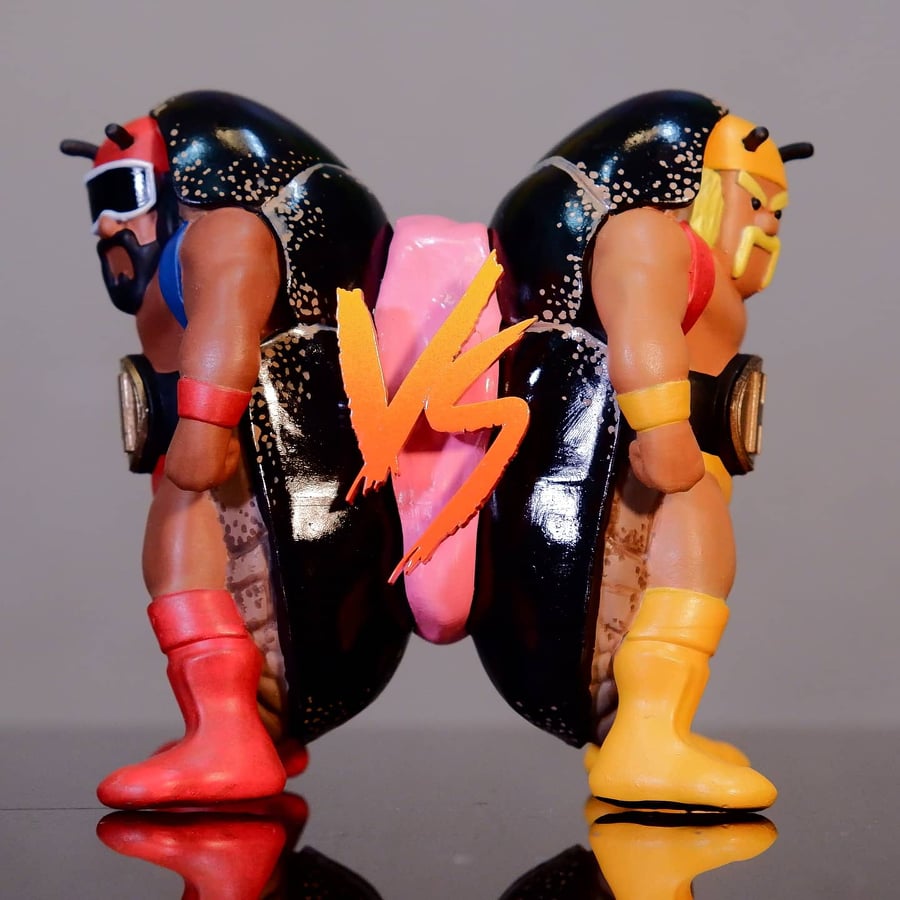 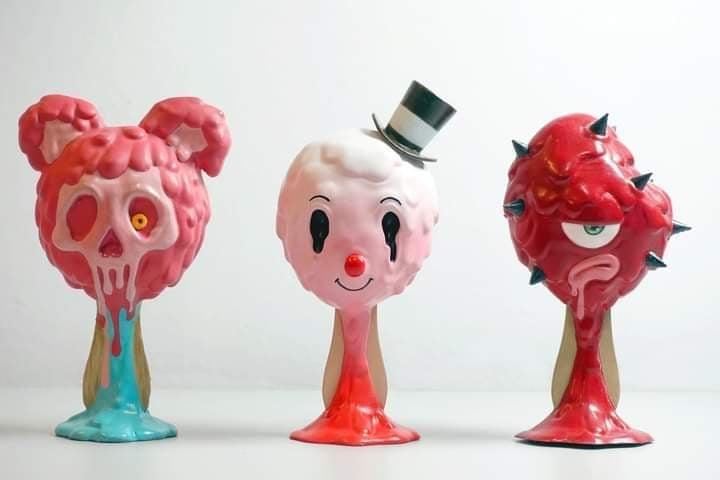 Art in general is a playground of the mind. It triggers some facets of one’s rich imagination and brings it back into a creative form that only sheer talent can provide.

One solid example is our featured artist today. From paying homage to 90’s wrestling and putting his twist on otherwise ordinary things, he gives it a playful perspective that makes you go “Why didn’t I think of that first?” Ladies, gentlemen please welcome Mr. Dondi Fernandez! 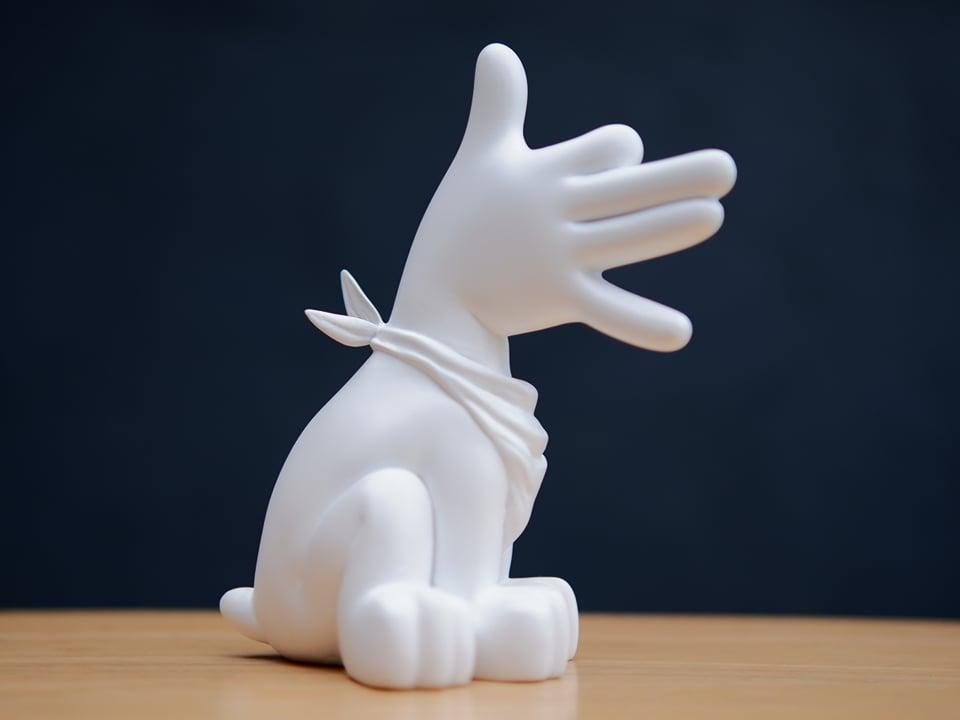 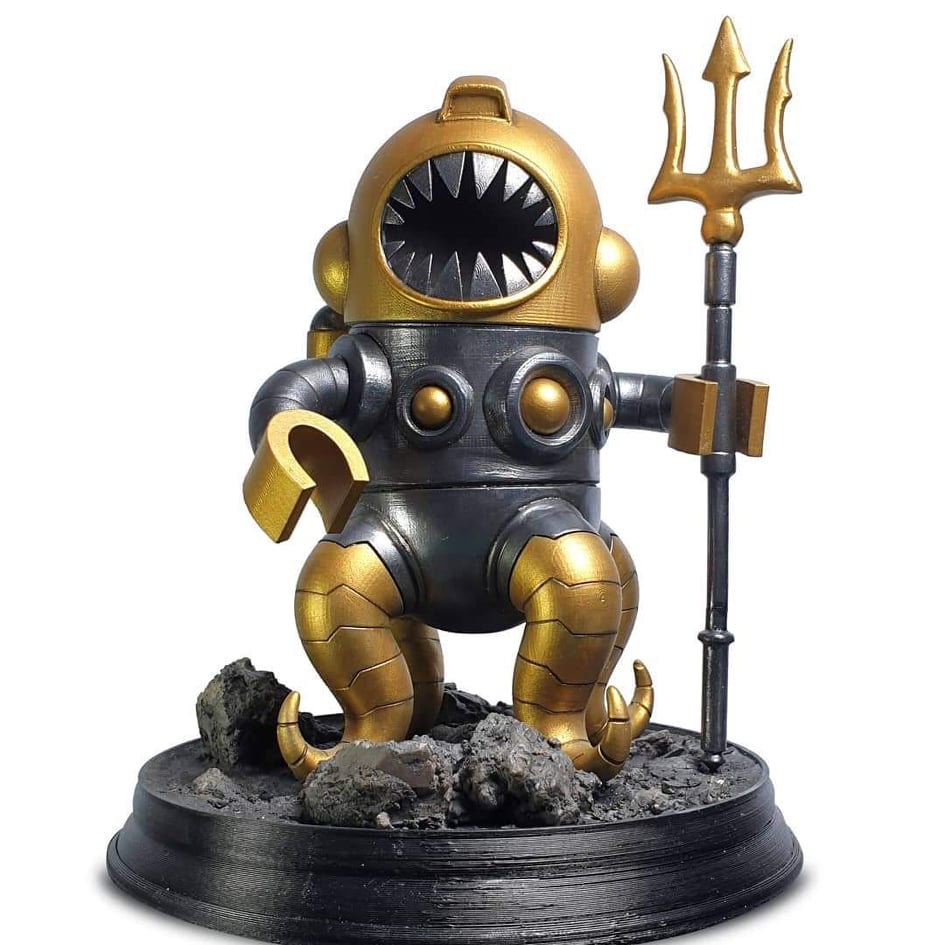 First off, how did you get into the whole shebang of design and art toys?

I’ve wanted to make designer toys since 2009. As a painter, I liked the characters in my paintings to have three-dimensional versions. But since I have little knowledge about traditional sculpting, I decided to shift into digital sculpting. 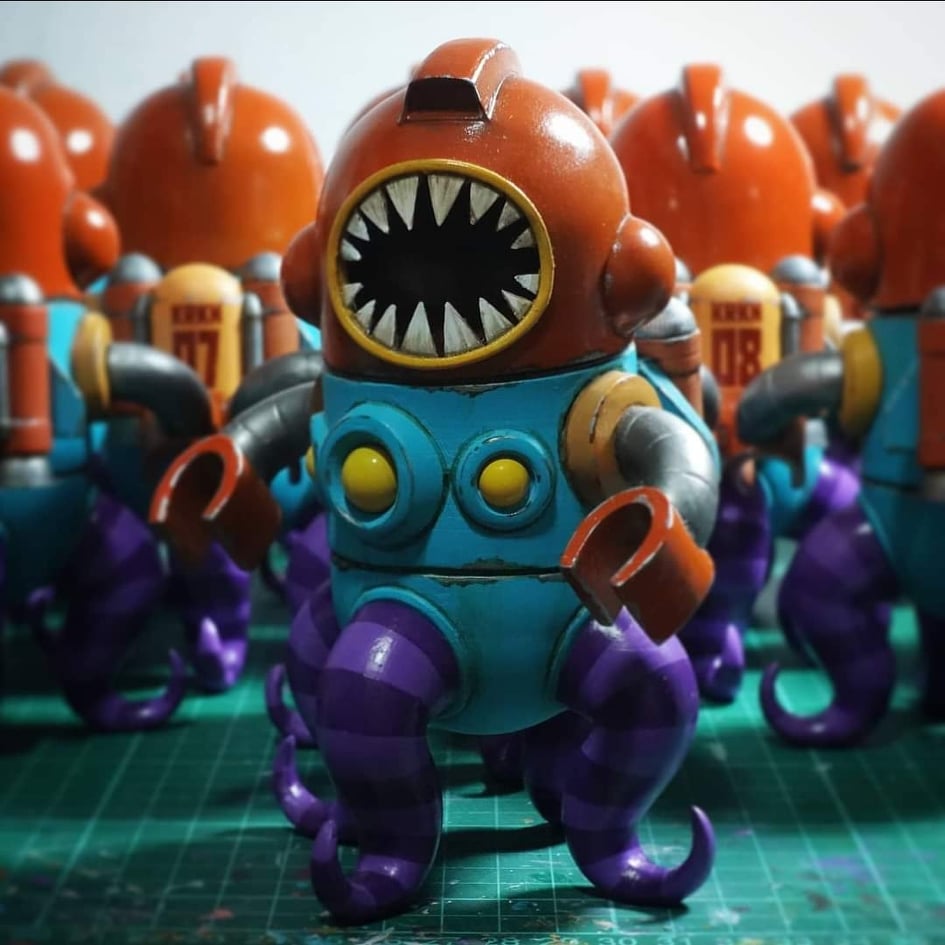 My work as a VFX and 3D artist has helped me create a library of 3D sculpted versions of my characters. But then, 3D printers were so expensive, so I have to put all my 3D modeled characters on the backburner. Fast forward to 2019, after a decade-long hiatus in the Fine Art scene, I met my childhood friend Earlmon Enriquez at a reunion; he said he saw my designs on my Instagram page and asked me if I would be interested in entering the world of designer toys since he is active in the group and a toy collector himself. He helped me release my first art toy and showed me the ropes of the industry. By this time, 3D printers are a lot cheaper, so I bought one and printed my very first prototype, The Scare Bear Popsie. With the help of my wife and my friends, I released the Scare Bear Popsie in September of 2019. 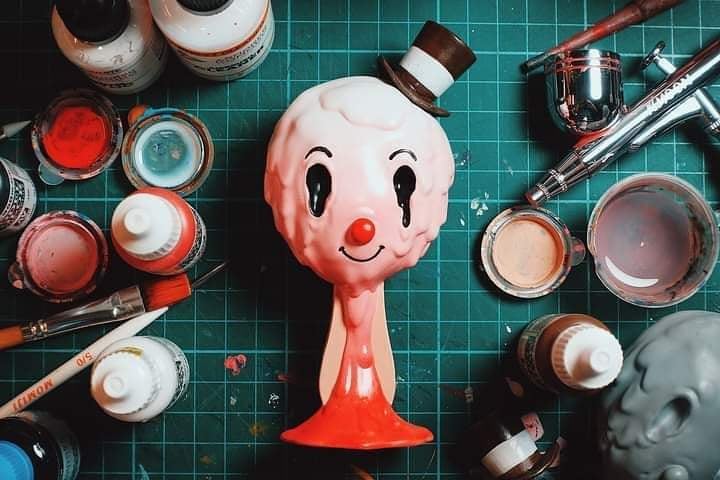 Wanted to ask this since I saw them. How did you come up with such a wild concept for Smack Gubangs? 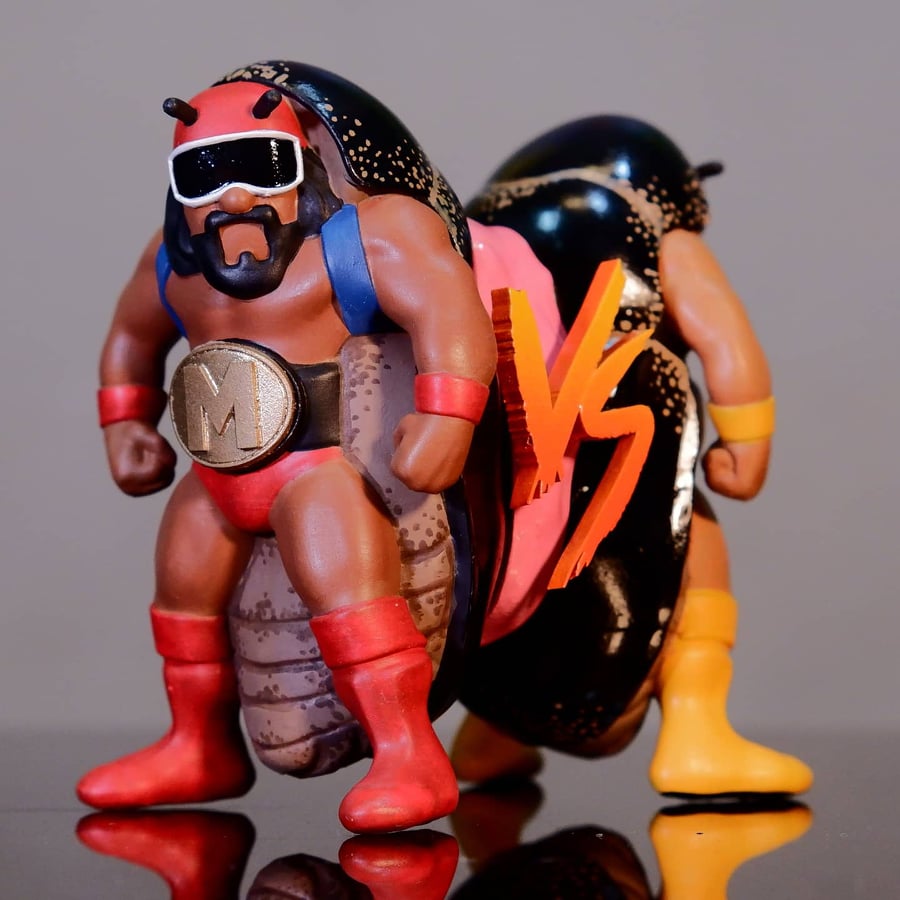 Smack Gubangs is my entry for a group exhibit titled “Kalsada.” The show is all about the street scene (games, music, fashion, etc.). The concept came from the street game we were playing when we were kids (late 80s to 90s), especially during the rainy season where salagubangs are present, and you can catch one just by shaking any tree.

The game starts by catching two salagubangs, sticking them together with bubblegum (preferably Bazooka), and putting them on their backs. The salagubangs were then put on their sides, and whichever beetle can stand up wins. The loser will then treat everyone with ice tubig. And since WWF was very popular during those times, we often give our salagubangs wrestler names. I always name mine Hulk Hogan or Ultimate Warrior.

I chose this as my entry because I wanted to remind people in my age group how simple our life back then. No iPads, no smartphones, no internet. Just pure and simple joy. I also want them to introduce these games to their sons and daughters so that our culture will not be lost or forgotten. 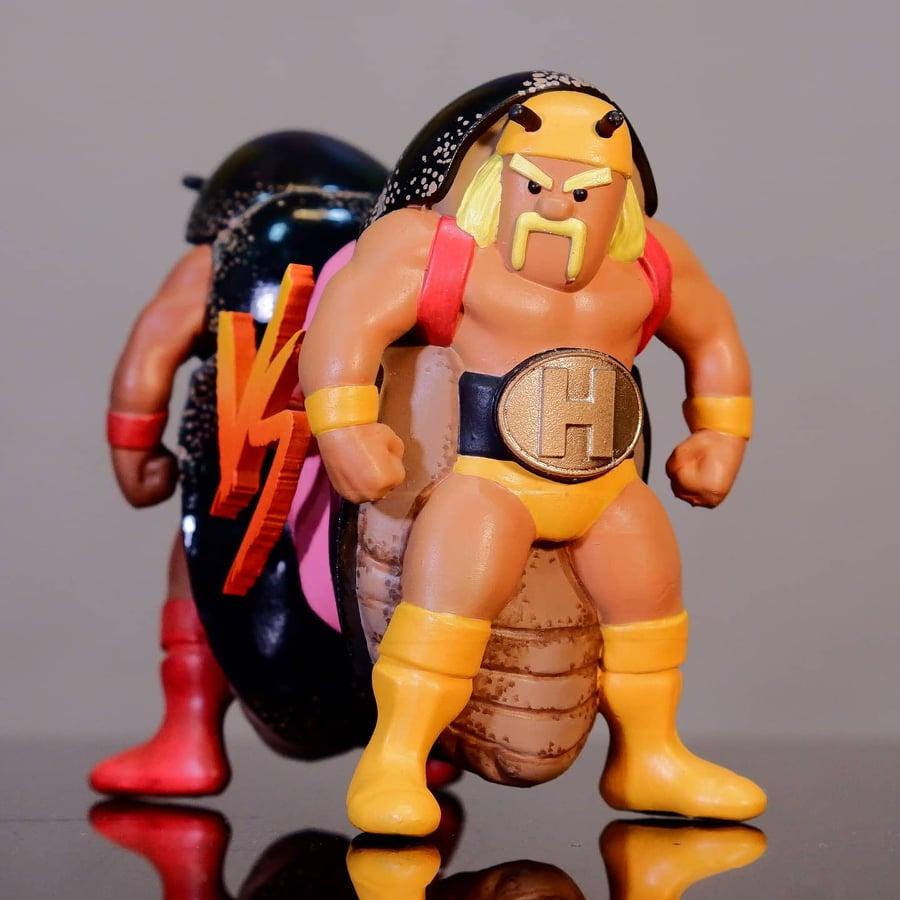 How do you come up with your ideas? Do you sketch it out first? Or do you try to nail them spontaneously?

I always have my doodle book around, so when something comes up in my head, I draw it right away. So when I’m about to paint something or create a new toy, I scan my doodle book and then mix and match characters or ideas and come up with something new out of it.

What has been your biggest achievement so far? Can you share that with us?

I think it’s when I released my very first Art Toy (ScareBear Popsie) and got sold out in an hour. That gave me the drive and the inspiration I need to continue creating new stuff and improve my craft.

Among your works, what’s got to be your most favorite?

I’d say it’s The Doberhand. Although he doesn’t have eyes, can’t bark or bite, he can still express his feelings. He can throw you a dirty finger if he’s mad at you, he can grab you or wave at you if he wants to call your attention, he can punch or slap you if you’re silly. 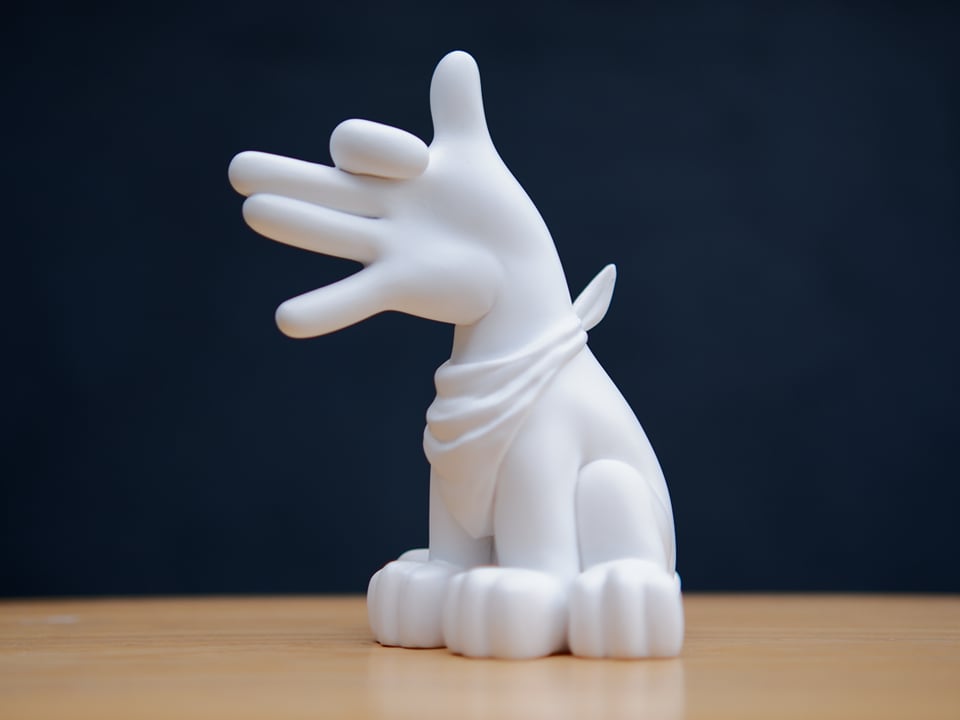 Doberhand’s design started more than a decade ago when I was still studying in college. I always draw versions of him on my doodle book, looking forward to his future toy releases.

Any dream collaboration? Who would it be and why?

Jon Paul Kaiser. Simply because of the level of detail he’s putting on his custom works.

If your art had a soundtrack, what band or musician would you want to perform it? 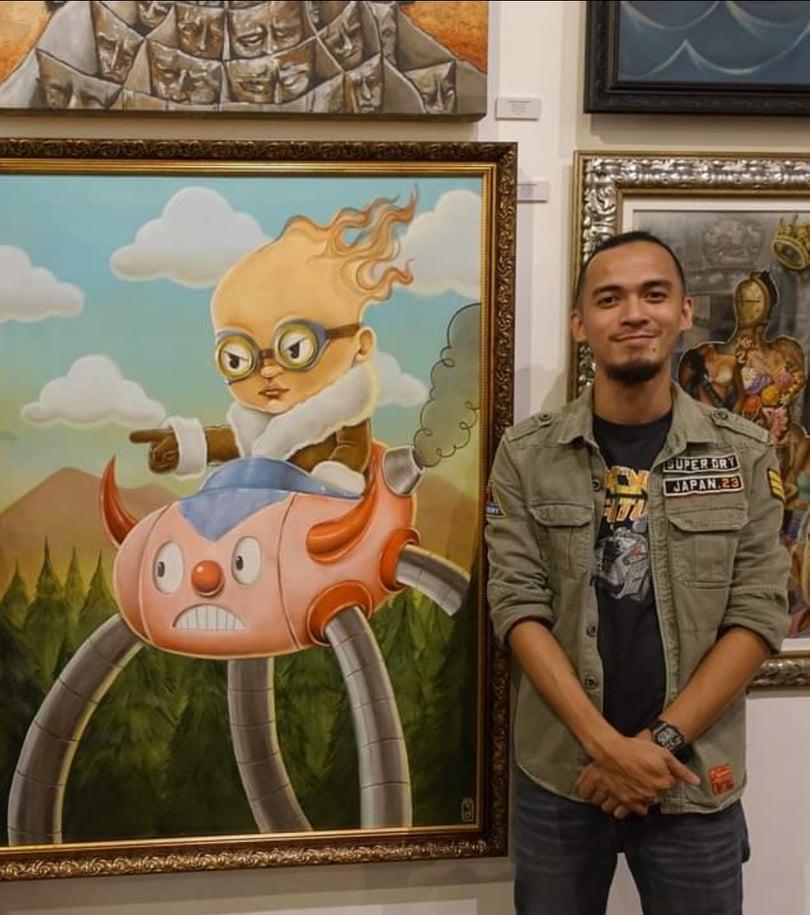 Future plans, shoutouts, info on where we can get your art?

I’m targeting doing bigger pieces in the future, create new designs and make the characters in my doodle book come to life. I will also continue what I am doing now and try my best to help and inspire fellow and new toy designers. You can check out my stuff at facebook.com/dondifernandezArt and instagram.com/dondifernandez_art

For more art toys, you should also check out the Project 7 to 1 Dreams>Fear collabs here!