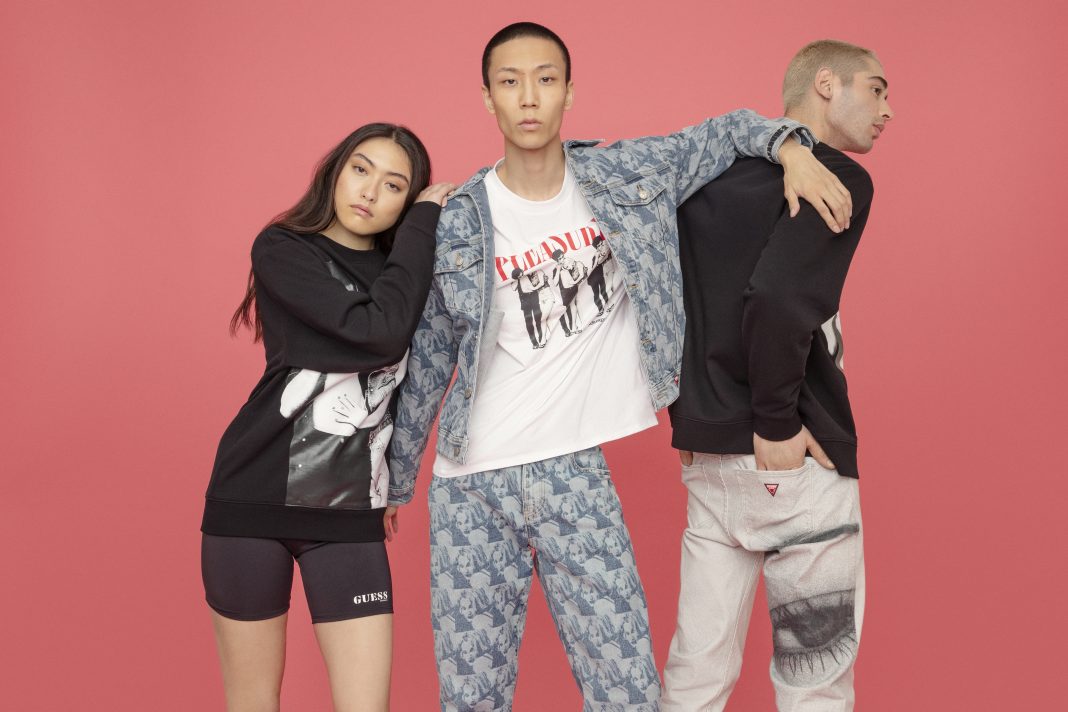 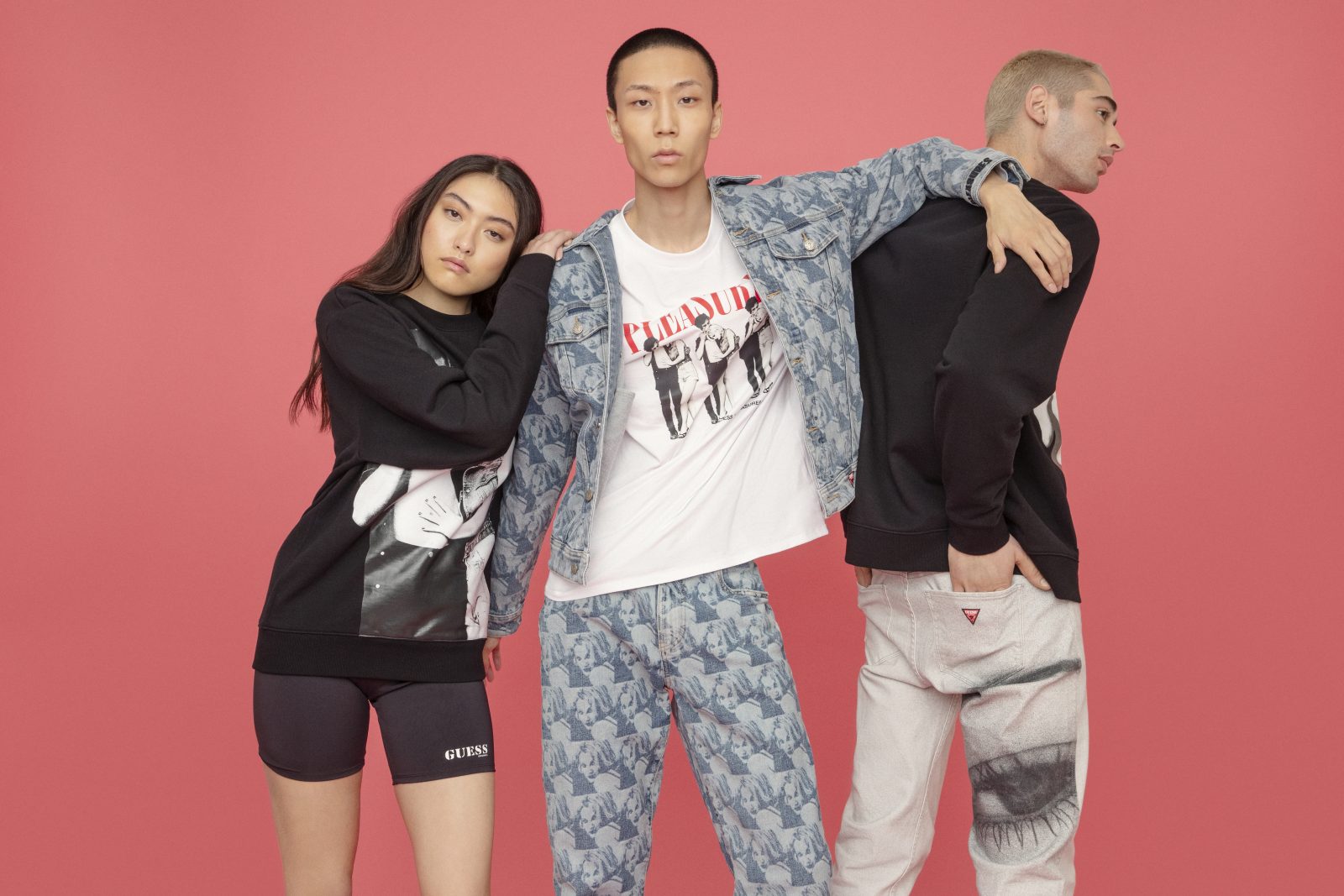 Drawing on the power of nostalgia, GUESS teams up with PLEASURES for their third collaboration. Their biggest one to date, the 19-piece capsule features mens and women styles with graphics drawing from GUESS’ 1994 campaign featuring Hollywood star Drew Barrymore.

Featuring unreleased photographs by Wayne Maser, the 1994 campaign perfectly captured Drew’s transition from a child star to an adult, along a change with her whole look and personality: from innocent and youthful to extremely edgy and grown.

“There has been such an overwhelming number of people who mention her ‘94 campaign when they discuss GUESS’s most memorable work. In comparison to other legacy models we have worked with in the past, the time period of Drew’s career felt like the perfect unexpected moment of nostalgia to introduce to a new generation of GUESS fans,” Director of Brand Partnerships Nicolai Marciano shared on why they were particular at the 1994 campaign shoot for their third collaboration with PLEASURES.

Featuring pieces in red, white, and black, the highlights of the GUESS X PLEASURES Drew Barrymore collection include the iconic polka dot graphic from their ‘90s archive and the reintroduction of the sweat suit, as GUESS wanted to juxtapose modern silhouettes with vintage Drew Barrymore images. 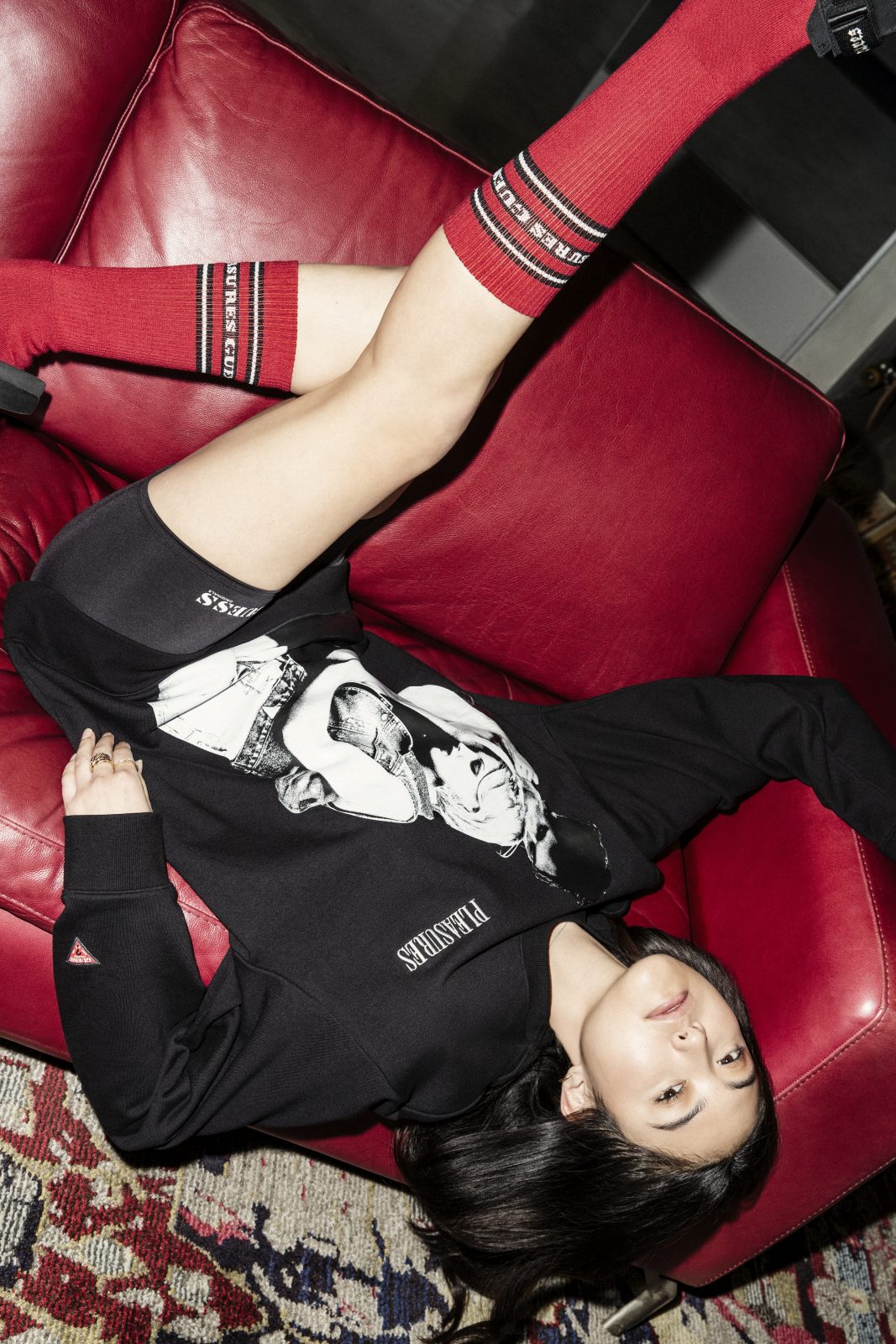 The GUESS X PLEASURES Drew Barrymore collection will be available at select GUESS stores that include SM Mall of Asia, Glorietta, Trinoma, and Robinsons Place Manila starting March 19. The collection will also be made available through the GUESS PH Mobile App as well.