Home TV and Movies He-Man Returns With Masters of the Universe: Revelation 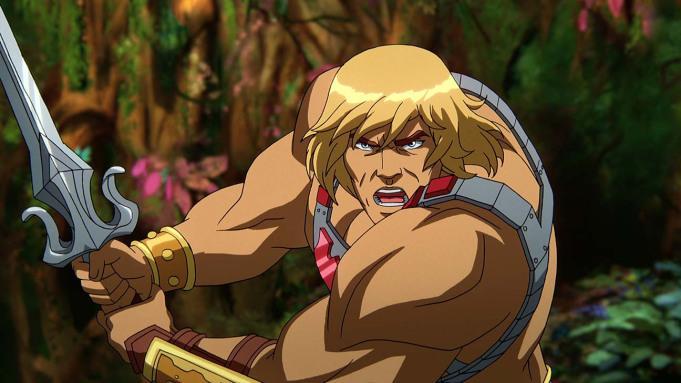 Mattel’s popular toy line, Masters of the Universe, has been an unstoppable and transcendent force that has produced an animated TV show, children’s books, comic books, and live-action films since the 1980s. What started off as action figures with a storyline embedded in the mini-comics that accompanied the toys, later grew into a worldwide phenomenon back in the 80s and 90s. It’s no surprise that He-Man and the gang are coming back via Netflix’s Masters of the Universe: Revelation. 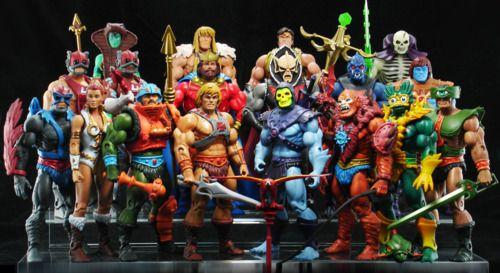 The Adventures of He-Man and the Gang Continue

Netflix is teaming up with Mattel Television and Powerhouse Animation Studios to give us Masters of the Universe: Revelation premiering this July 23. This series will pick up where the iconic characters and unresolved storylines from the original animated series left off. After the cataclysmic battle between He-Man and Skeletor left Eternia into a devoted wasteland, Teela reunites the broken band of heroes to prevent the end of the universe. Netflix recently unveiled several photos from the Masters of the Universe: Revelation animated series from show-runner Kevin Smith (Clerks).

First Images Released for Masters of the Universe: Revelation 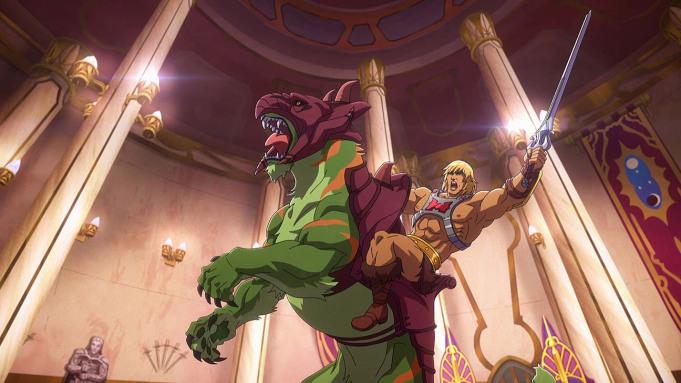 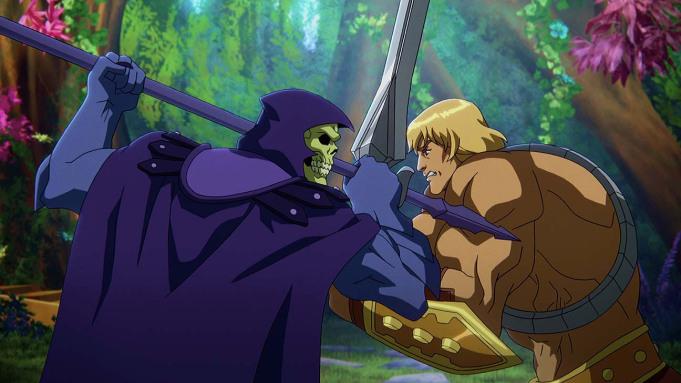 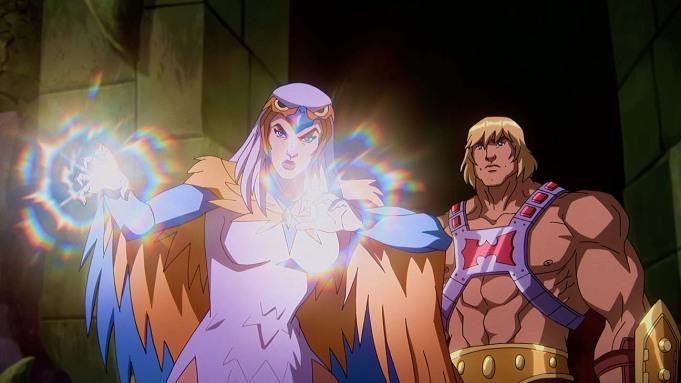 In an interview with the Hollywood Reporter, Kevin Smith spoke up about how Masters of the Universe has been a huge part of the global pop culture fabric. “So much of this show has been possible because of the love and affection for this world at every level of production and the fandom surrounding this franchise.”

Lending their voices to the show are Chris Wood (The Vampire Diaries, Supergirl) as the iconic He-Man, Mark Hamill, who institutionalized the portrayal of Joker in Batman: The Animated Series, Sarah Michelle Gellar (Buffy the Vampire Slayer, Grudge) as Teela and many more. The stellar voice actors and fresh animated vibrancy that this reiteration gives us will surely intrigue original fans as well as gain new ones along the way. 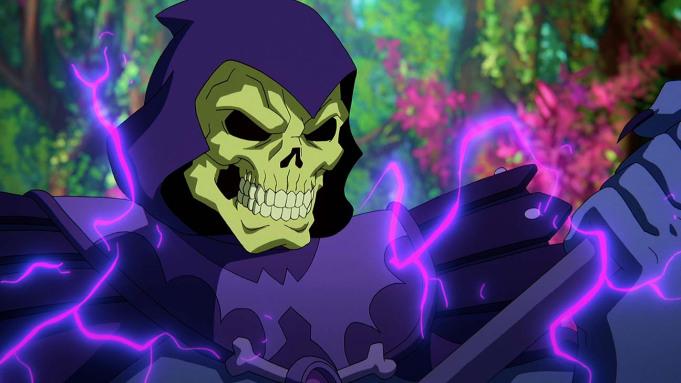 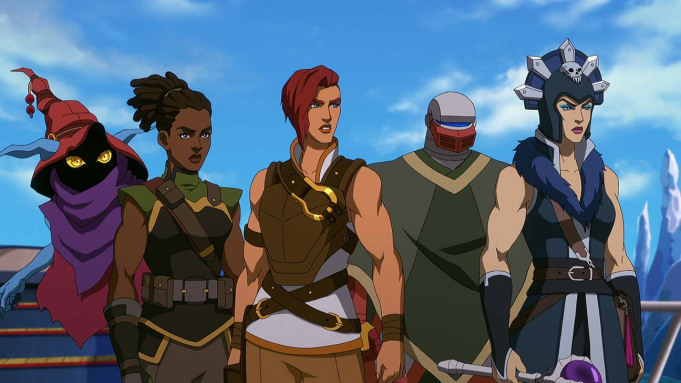 Nothing Can Stop Masters of the Universe

Masters of the Universe, specifically the character of He-Man has taught kids that we all “have the power”. And it looks like there’s no way of stopping that very power. In addition to this Netflix series, Mattel has announced the release of an all-new Masters of the Universe Masterverse toy line. This line will consist of six action figures with colorful and very detailed designs that fans would surely love to collect. The collection will feature characters such as He-Man, Skeletor, Moss Man, and Evil-Lyn, as well as a 9-inch Skelegod figure and a 14-inch long Battle Cat toy. 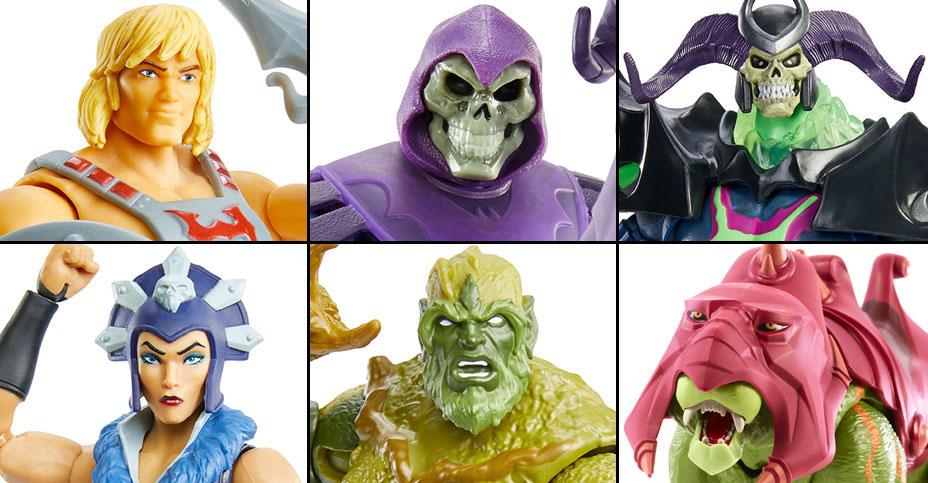 For the OG and New Generation of Fans

Despite polarizing views and emotions regarding this Netflix series adaptation, the original fans from the 80s still have a lot to look forward to. Smith reassures fans that the legacy set up by the original animated series will continue and live on.

This current generation, however, may feel left out from the mythos that Masters of the Universe has created. The creation of this series opens the door for a new and intriguing opportunity for younger audiences to fall in love with these characters. In doing so, this series bridges the gap between several generations – a true demonstration of the power and influence of pop culture to transcend time.

“But even if you’ve never watched a single episode of the show or don’t know this universe at all, you can jump right into the story. It’s a really classic, universal action-adventure epic about growth, discovery, magic, and power,” said Smith.

In addition to this upcoming series, the rich world within the Masterverse is constantly expanding as She-Ra and the Princesses of Power, a spin-off series focused on He-Man’s sister, is now available on Netflix with 5 seasons already under its belt. There will also be an upcoming CGI revival of Masters of the Universe and a potential live-action film reboot. As the legacy continues for this franchise, we are looking forward to all the new adventures and expansions that the Masterverse has in store for us.

Watch She-Ra and the Princesses of Power on Netflix

Want more Masters of the Universe stuff to binge on? You can watch and binge on several documentaries and shows about the iconic 80’s show available on Netflix:

Watch The Power of Grayskull: The Definitive History of He-Man and the Masters of the Universe  on Netflix

Watch The Toys That Made Us Season 1, the He-Man Episode on Netflix