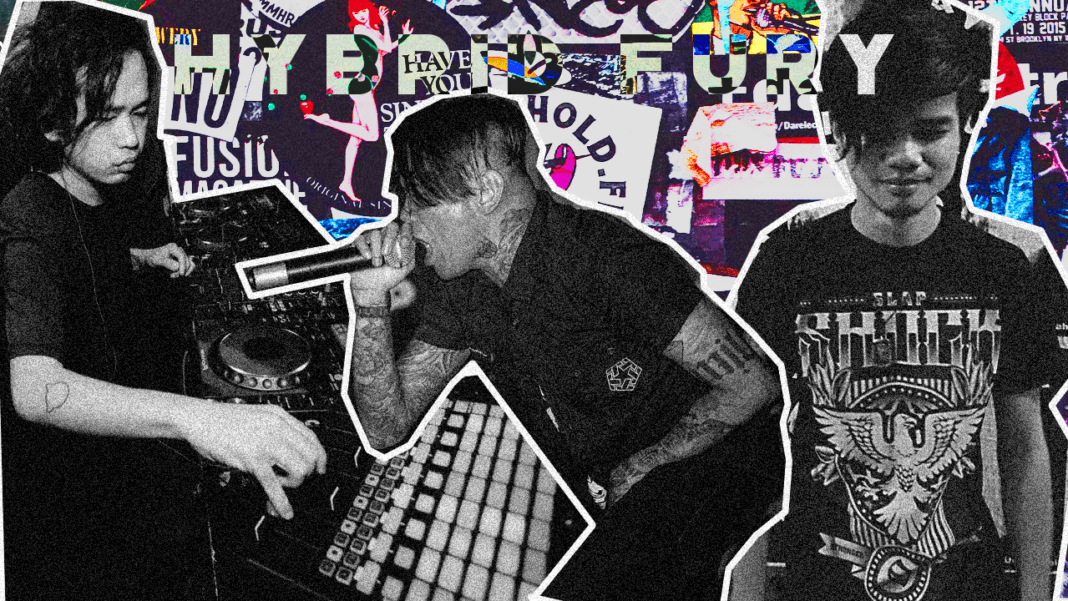 The 2000s was quite an interesting time. It was an era where musicians try to explore fusing different genres to create a unique kind of music–in order to break stereotypes. One of the most notable bands for fusing various genres is Linkin Park with Hybrid Theory, and local music collective Hybrid Fury (yes, they got inspiration from Linkin Park’s debut studio album) brings us back to the 2000s with The Need to Breathe.

The 3-member collective has an interesting combination: you have Valley of Chrome vocalist Rogel Simon (who is one of the writers of This is Hype), electronic dance music producer Theo Martel, and Jared Celemin, who is 1/2 of Curse & Bless. While Jared and Theo are known for electronic music, Rogel is more prominent in the metal rock scene–which makes Hybrid Fury’s experimental approach very interesting.

Rogel shared to the team that he and Jared came a long way, and that he was told about this new project Jared was working on. “Sinendan niya [Jared] ako ng demo, tapos ginawa ko [yun vocals and lyrics] sa loob ng kwarto, then sent it to him with the thought of it just being a demo…tapos hindi ko alam na pwede pala niya gamitin,” Rogel shared, saying that he was surprised that Jared really liked his work on the vocals–even if he literally did everything in his room using his phone and a headset–and not in a studio.

Despite being more known in the metal scene, going for a different genre is a fun challenge for Rogel. “Nakikinig naman ako sa iba’-ibang genre, so dito sa Hybrid Fury, nilabas ko yun iba kong pinapakinggan…at fan talaga din kami ng Linkin Park,” Rogel explained, adding that it does help that everyone in the collective look up to one of the most prominent rock bands in the 2000s.

Listen to The Need to Breathe below: