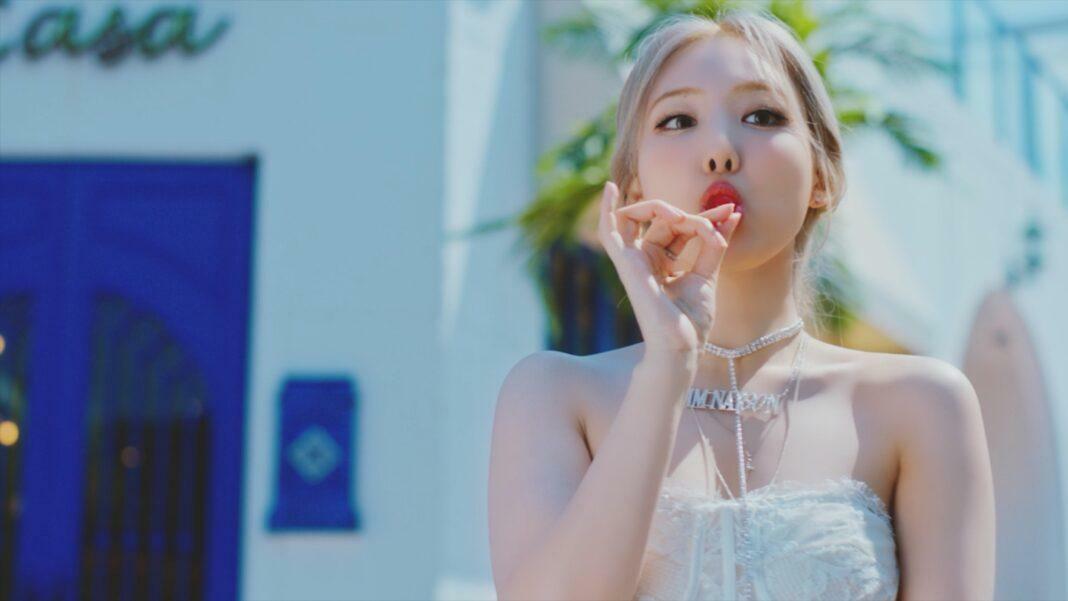 Twice has been active in the KPop scene for close to 7 years, and is among the top girl groups globally. With all their success and fame as a group, fans were waiting for their solo projects, and lead singer Nayeon is the first member to have their own solo album with the eponymously titled Im Nayeon.

A proper EP with 7 tracks to listen to, we took our time to review Im Nayeon and see if the first solo album from Nayeon is any good–and if she can stand on her own as a solo artist in the future.

An extension of Twice?

Whether you are an old or new fan of Twice, you probably know by now that Nayeon (and Jihyo, to an extent) has the most lines in practically any Twice song–and we can’t blame them. Nayeon and Jihyo have the most polished vocals in the groups, which is why it’s expected that they get most of the lines.

Personally, I was expecting to see a different side of Nayeon with her solo album–just like with every KPop idol that has released their own solo album. However, a number of tracks, particularly title track Pop!, clearly sounded typical Twice.  JYP played it safe by choosing a signature Twice style as the title track for Im Nayeon, and they could have made the album stand out further by choosing a b-side as the actual title track–more on that later. 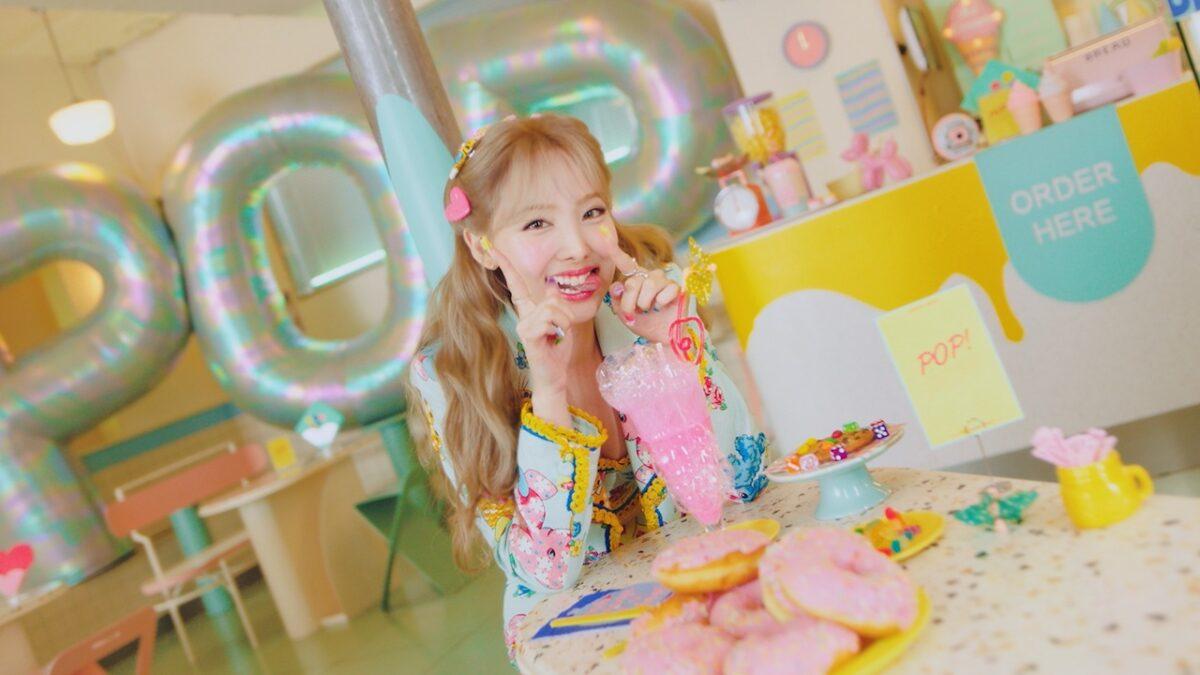 Despite generally sounding more like a Twice album than an actual solo effort, Im Nayeon does a good job of showcasing Nayeon’s sugary vocals. From the very pop vibes of Pop! to more subtle tracks like Sunset, the whole album was able to showcase how Nayeon’s versatility–beyond her signature style with Twice.

Among the seven tracks, I personally think that the standout tracks are All or Nothing, Happy Birthday to You, and Sunset, as they perfectly bring out a different side of Nayeon. Considering she has been in the KPop scene for over a decade (if we include 6Mix, the group that predated Twice but never debuted), Nayeon is seasoned enough as a singer–and this solo album is definitely well-deserved for her. 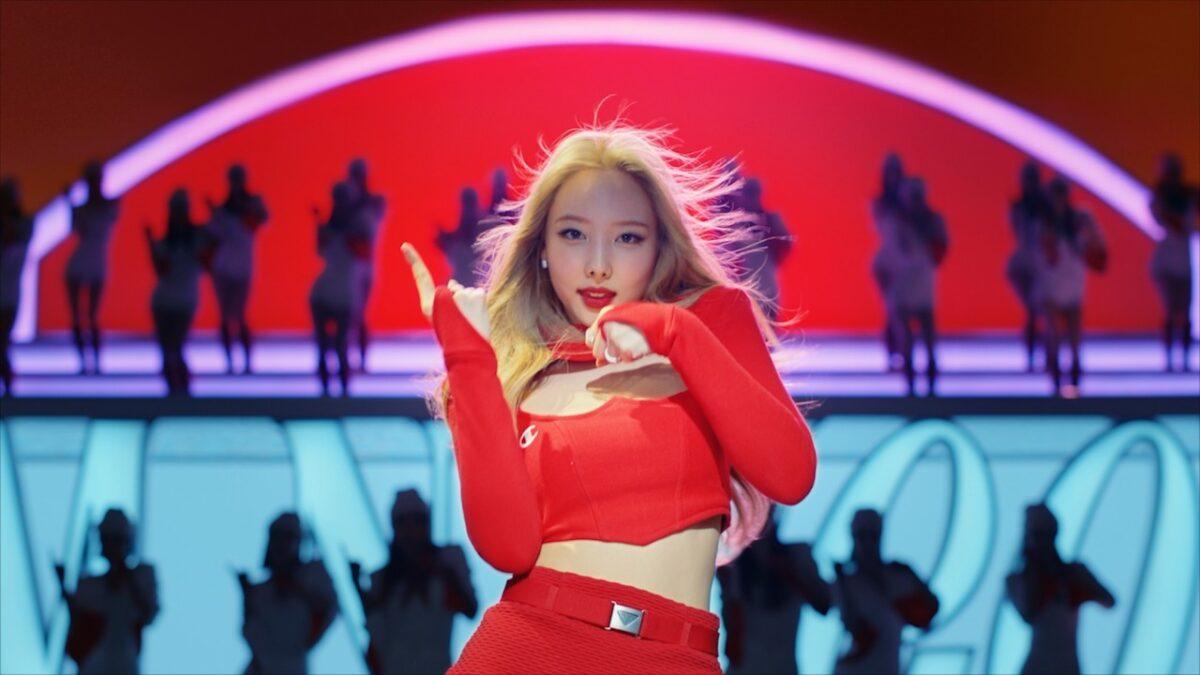 B-sides could have been the actual title track

This is definitely going to be an unpopular opinion: while I do get that Pop! is catchy, I do think that it does not deserve to be the title track for Nayeon’s first solo album. If I were to be asked, the real gems of this album are with the latter three tracks–and All or Nothing could have easily been THE title track of the album.

Given that All or Nothing is a track written by Nayeon herself (the other being No Problem), JYP missed an opportunity in promoting not just Nayeon as a singer, but also a lyricist.

Sure, it is not as mainstream as Pop! or Candyfloss, but the B-sides do deserve to be the title track as far as showcasing Nayeon’s vocals is concerned. If JYP wanted a good balance, however, they could have chosen No Problem or Love Countdown as a second track to have a music video. 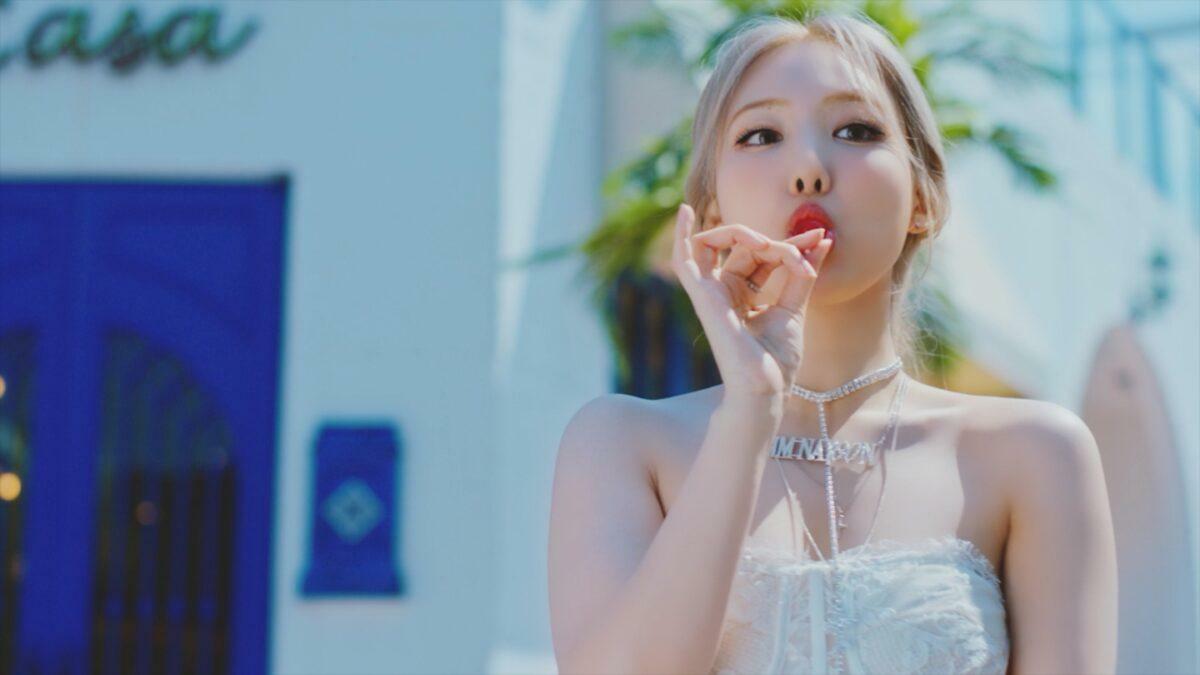 A solo album from a Twice member is something everyone is waiting for, and Im Nayeon is a proper solo debut for Nayeon–especially in showcasing her sugary vocals. Some of the tracks, especially title track Pop! sounds very Twice, and the album could have stood out better if JYP decided to promote the B-sides or the collaboration tracks in the album. 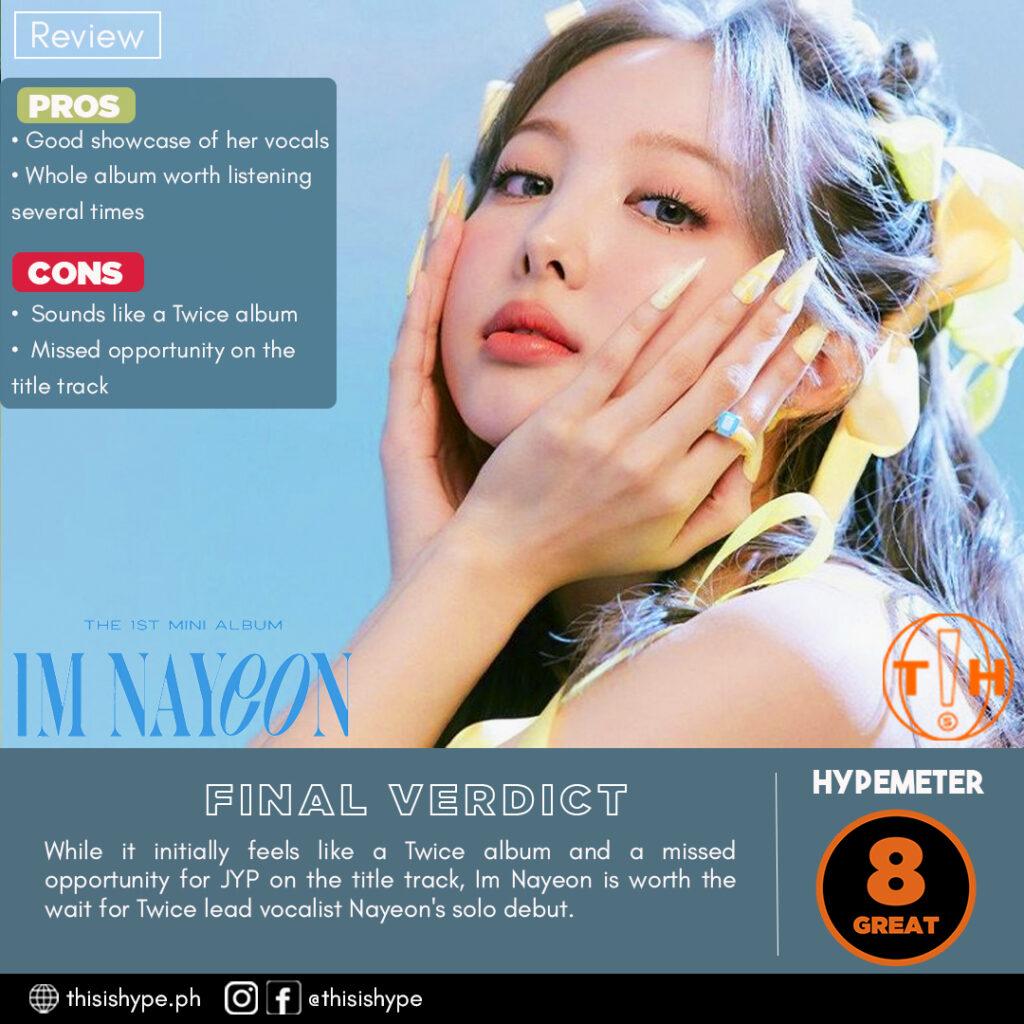 Despite sounding like an extension of Twice, we give Im Nayeon an 8 on our hypemeter. As Nayeon is the first Twice member to have a solo debut, Im Nayeon is a fitting album for Twice’s lead vocalist.