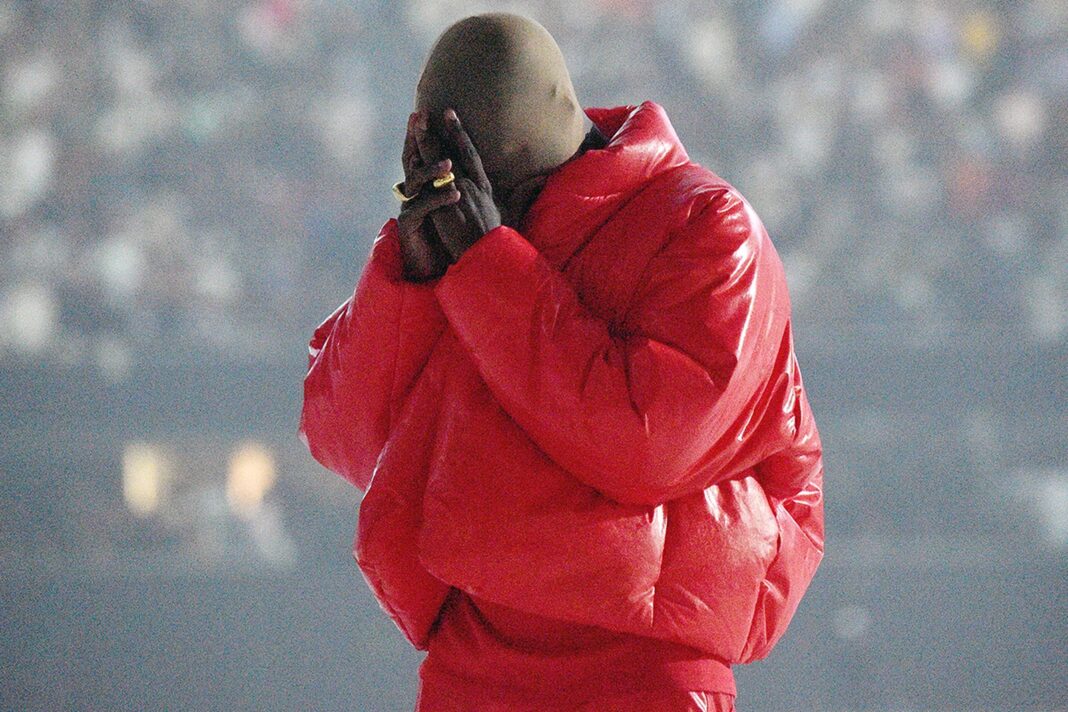 Kanye West’s much-anticipated Donda album has been delayed for more than a year now. In fact, the final release date is still unclear as it has had several setbacks and changes but hopefully, we would be able to get our hands on it within the month of August. However, this hasn’t stopped the artist from hosting listening parties at the Mercedes-Benz Stadium in Atlanta to continue to fuel the hype for his upcoming work. A large part of the reason why these listening parties have been so successful is the Donda merchandise offered both at event stalls and online. Although what’s Kanye West merch without the peculiar symbolism and designs? Here’s a roundup of the Kanye West, Donda merch, that has surfaced thus far. 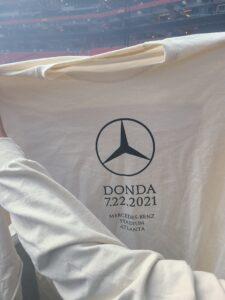 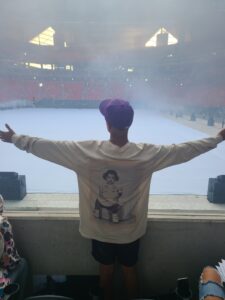 The first piece from the unique Donda collection is rather simple. Similar to a less popular merch design that Kanye West approved for his 2004 College Dropout album, this long sleeve dons a large Mercedes-Benz in black against an off-white material. The car manufacturer’s logo is accompanied by text that reads the album’s name as well as when and where the listening party took place. On the back of the long sleeve, we get a picture of Donda West, Kanye’s mother, way back when she was a toddler. According to fans present at the event, the article of clothing is sold for a retail price of $120 (~Php 6k) but ended up making rounds in the resale market for double that price. 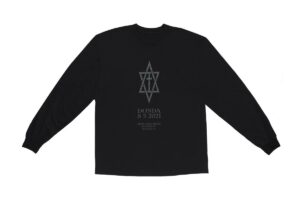 Another iteration of the Mercedes-Benz Stadium listening event long sleeve was released. This time around, the piece came in all-black with silver symbolism and text. Unlike the recognizable Benz logo, this iteration boasted a Star of David with a crucifix inside. The unique art is the work of Yeezy’s designer, Demna Gvasalia, who happens to be in sync with Kanye’s vision of having no definitive meaning. 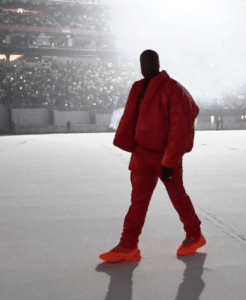 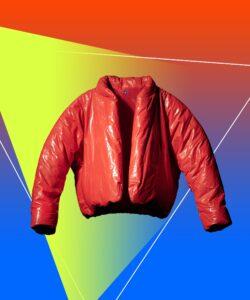 On to the more peculiar merch, Kanye West was seen wearing a red puffer jacket along with red pants and sneakers during his listening event. Surprisingly, the jacket wasn’t meant to remain only in Mr. West’s wardrobe, but also for anybody else who wanted it. The jacket is a product of the Yeezy x Gap partnership that also released a blue version of the same jacket earlier this year. 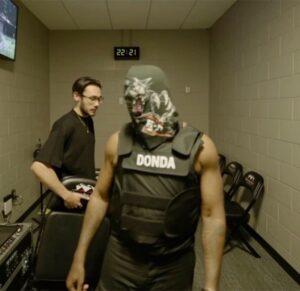 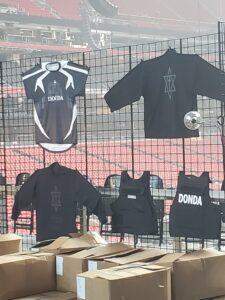 The next piece isn’t an official Kanye West merch but instead is definitive proof and statement of the power of a strong fanbase. Part of Kanye’s act in pushing forward his upcoming Donda album was living in one of the Mercedes-Benz Stadium rooms where he live-streamed himself carrying out his daily routine and finishing up the album itself. During the live stream, Kanye was seen wearing a bulletproof vest that flaunted the album’s title on the front and back. Despite the eagerness of fans to purchase the bulletproof vest that Kanye was seen wearing, the jacket did not make the cut for official merch. Yet, that didn’t stop individuals from making knock-offs of the hyped vest and selling it on the event grounds. It just goes to show how resourceful people can be when the demand is there!

Overall, the Kanye West merch for the release of Donda is yet another successful project that has managed to garner millions of dollars in sales while continuously building up the hype for the upcoming album. While it is yet to be confirmed whether or not the proceeds of the merchandise will be donated towards charities, it’s a win-win for Kanye and his team.

Read more about the album here: Kanye West is Back with 10th Studio Album Donda.