Ever since receiving multiple accolades for DAMN in 2017, fans of Kendrick Lamar have been eagerly waiting for his next solo studio album. After all the speculations that he’s off to retire from making music, Kendrick made a statement with Mr. Morale and The Big Steppers, which is 5 years in the making.

Admittedly, people missed Kendrick’s rap style, which is more of a storytelling approach that comments on society and its ills–topics you’d rarely hear in hip-hop music. This is why with Mr. Morale and The Big Steppers, KDot is finally back with his latest storytelling mode on how he views society today.

After several listens to the entirety of the album, we go on a deep dive into Kendrick’s 5th studio album and determine how it ranks among his solo studio works. 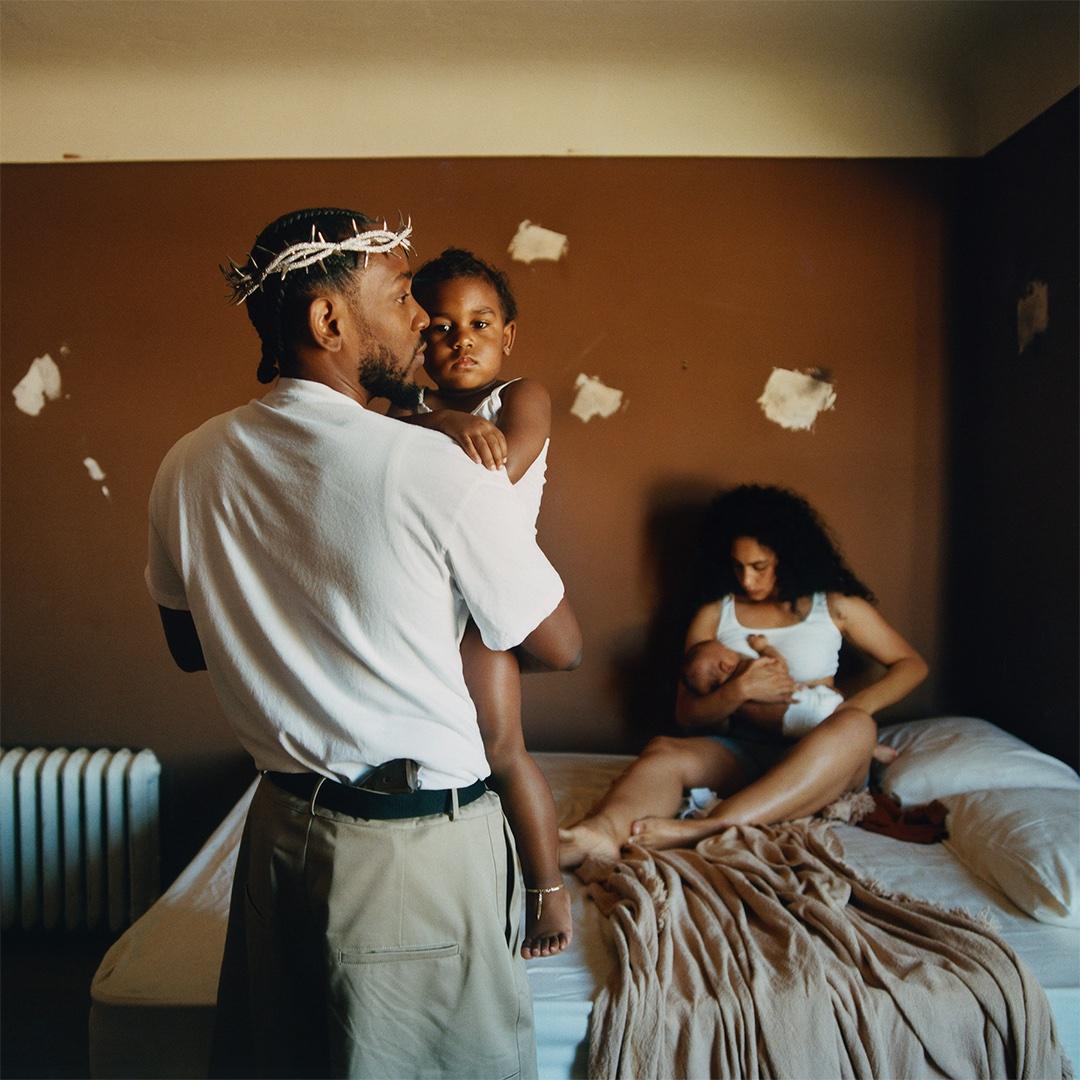 A big album, years in the waiting

It has been a solid 5 years since we last heard from Kendrick Lamar with its well-regarded 4th studio album DAMN, and his fans and critics are waiting for his next solo work. Unlike other hip-hop artists that manage to produce a new album after a year or two, Kendrick took his sweet time this time around for Mr. Morale and the Big Steppers, which he referenced in United in Grief (I’ve been goin’ through somethin’ / One-thousand eight-hundred and fifty-five days / I’ve been goin’ through somethin’ / Be afraid)

Even if Kendrick had other projects like the well-acclaimed work on the Black Panther soundtrack in 2018, people were still clamoring for his storytelling style in his albums.

The album still has the trademark storytelling rap method Kendrick is well-known for, and the topics tackled summarizes all of the things that happened to the world from the time DAMN was released to the present day.

The present-day is emphasized, with Kendrick dealing with issues like the COVID pandemic in Savior (Seen a Christian say the vaccine mark of the beast / Then he caught COVID and prayed to Pfizer for relief). There’s also Auntie Diaries, which is a track tackling the struggle transgenders face in this society(My Auntie is a man now / I think I’m old enough to understand now)–and even referencing Bruce Jenner in the track( Changed his gender before Bruce Jenner was certain / Living his ruth even if it meant see a surgeon)

The very graphic We Cry Together is a rap-skit that has Kendrick and Taylour Paige portraying a couple who have been fighting violently throughout their relationship, shouting profanities at each other and exposing the hypocrisies and double standards of society–from Harvey Weinstein to R. Kelly (You the reason Harvey Weinstein had to see his conclusion / You the reason R. Kelly can’t recognize that he’s abusive).

There are also references to beefs within the hip-hop, specifically the one between Kanye West and Drake in Father Time (When Kanye got back with Drake, I was slightly confused / Guess I’m not mature as I think, got some healin’ to do).


His commentary on social media even expands to calling out the idolization of celebrities (Universal shift, I’m in a groove
And celebrity do not mean integrity, you fool) and the use of social media (I would never live my life on a computer / IG’ll get you life for a chikabooya)

Speaking through the heart

While Kendrick often raps about how he views society, Mr. Morale and the Big Steppers also reveals his struggles and regrets–like his guilt on spending on extravagant possessions in United in Grief (I bought a Rolex watch, I only wore it once / I bought infinity pools I never swimmed in) while calling those who live life on excess materialism in N95 (Take off the Chanel, take off the Dolce, take off the Birkin bag
Take all that designer bullshit off and what do you have?)

Even as an established and a well-acclaimed rapper, Kendrick acknowledges his life regrets (I got some regrets / But my past won’t keep me from my best) and informs his fans to respect his opinions about society (Right or wrong, no stone, just love to send me) in Die Hard.

Kendrick even was wearing his heart on his sleeve, rapping about his childhood traumas in Mother I Sober, where he tackles the sexual assaults both he and his mother experienced. He even went as far as saying that a number of black rappers experienced similar abuses (I know the secrets, every other rapper sexually abused / I see ’em daily buryin’ they pain in chains and tattoos / So listen close before you start to). More of Kendrick’s traumatic side is also seen in Father Time (I come from a generation of home invasions and I got daddy issues, that’s on me).

If there was an album that is worth the wait, Mr. Morale and The Big Steppers definitely join the list. It brings back what Kendrick does best: rap about how he views society, and how in one way or another he is affected by it. I’d say that among the hip-hop releases in recent years, Mr. Morale and the Big Steppers is shaping up to be the best and the most important releases at least for 2022.

While it is not as great as 2015’s To Pimp a Butterfly, his lyrical genius in Mr. Morale and the Big Steppers–despite suffering from writer’s block for a good two years–is something that is unparalleled and hard to match in this day and age. One of the things that makes Kendrick Lamar’s work great is that he does not limit himself to the mainstream and that he covers various themes in his songs–be it homophobia, fatherhood, domestic abuse, substance abuse, therapy, infidelity, and spirituality, among other things. 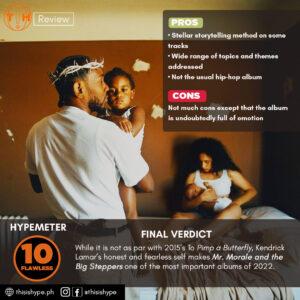