With SM and JYP already debuting new girl groups with Aespa and NMIXX respectively, it was a matter of time before HYBE–yes, the agency behind BTS–debuts their new girl group. That arrived this month in the form of 6-member group Le Sserafim.

There’s much anticipation for them, as two of its members used to be part of IZ*ONE. As one of the most-anticipated debuts for 2022, did Le Sserafim pull off a grand one with their debut mini-album Fearless?

Yet another girl crush concept, but…

Let’s face it: practically every new KPop debut leans on the girl crush concept, and it seems that all songs and music videos that have been coming out sound and feel the same. Thankfully, Le Sserafim went on a different (and slightly controversial) approach with the rather risque concept for the title track Fearless.

While it does have typical elements of a girl crush concept, parts of its dance choreography are less street and more jazz/contemporary–especially those parts where they’re dancing while lying on the floor.

Given that Fearless is the title of their album, it’s unsurprising that they went for a daring concept that generated mixed thoughts from everyone. While a number of people do think that some of the parts felt too sexualized (with two of the members being aged under 18), I have watched the music video several times and do think that HYBE pulled off the concept tastefully.

There’s a slightly annoying trend for KPop debuts to only have a song or two to showcase, but HYBE did give some effort and let Le Sserafim debut with an actual mini-album that has four songs (and an intro track). The intro track is a good opener to build up to why their album is entitled Fearless, while the title track and Blue Flame encapsulate their overall sound direction.

The first three tracks of the album have a solid structure of what they want to showcase, while the latter two tracks–The Great Mermaid and Sour Grapes–do sound like your typical KPop track. To be fair with HYBE, they managed to create a unified theme among all the five tracks in Fearless. That’s a good effort for the agency, considering HYBE is more known for its boy groups (BTS, TXT, Seventeen, and Enhyphen) than girl groups.

Considering that HYBE is counted as among the major KPop agencies, Le Sserafim’s debut does set a standard for what to expect from them in the future. 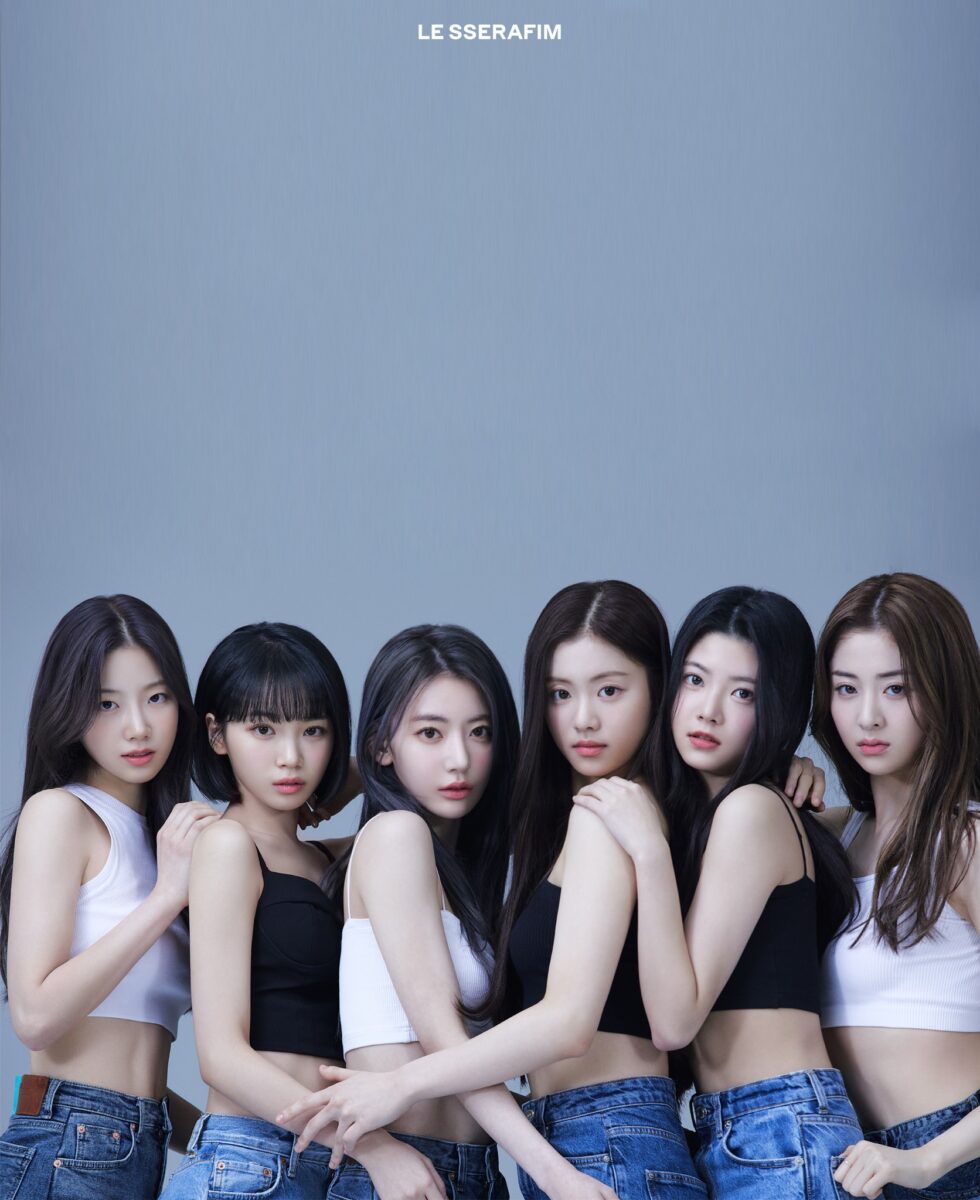 KPop girl group debuts for the past few years are generally not as exciting as they used to be, and it’s nice to see the likes of Le Sserafim make rookie debuts exciting and worth looking forward to. 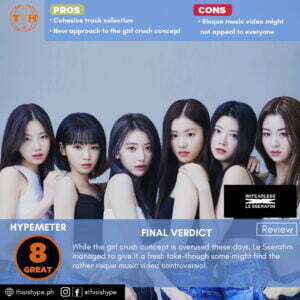 While they still use the rather overused girl crush concept, Le Sserafim’s risque take for their Fearless music video is a fresh approach–though it will take some time for people to get used to a rather controversial approach.