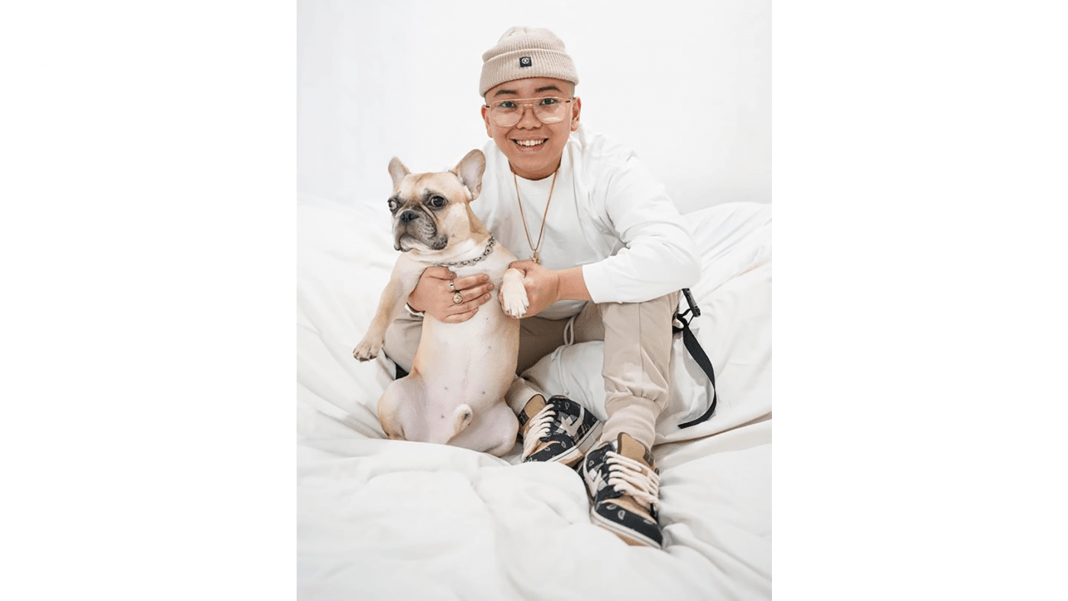 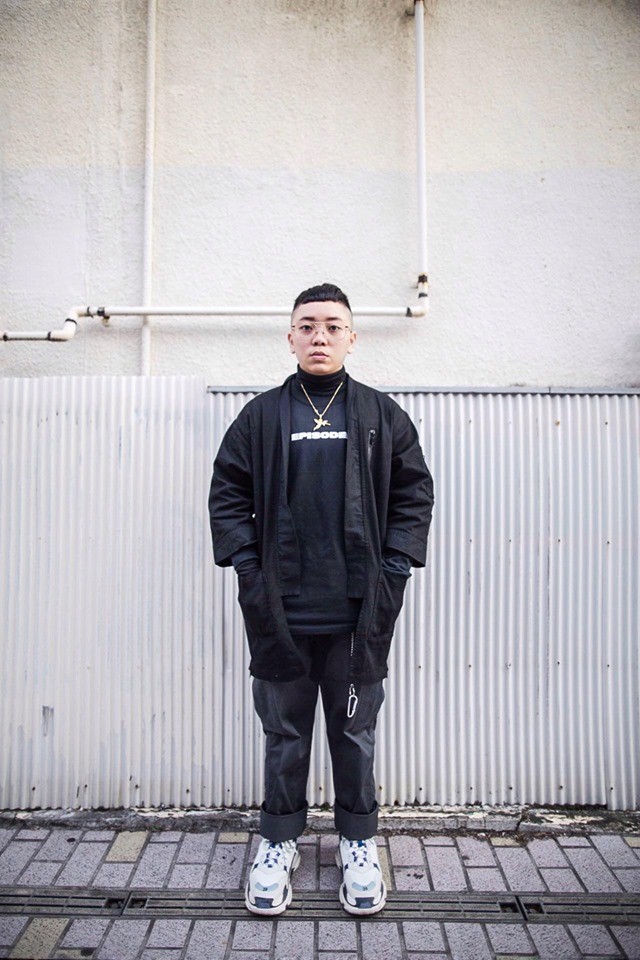 Maj Veloso is basically a woman of many hats. She has propelled trends in the scene one time too many. She has a killer rotation of kicks to make anyone drool and the knowledge to back them up. She has a community behind her, a brand, and the courage to step up, be seen, and heard.

Just last week, we caught up with her to basically just discuss her subjects of passion and interest. She also turned a year older yesterday. Get to know her below! 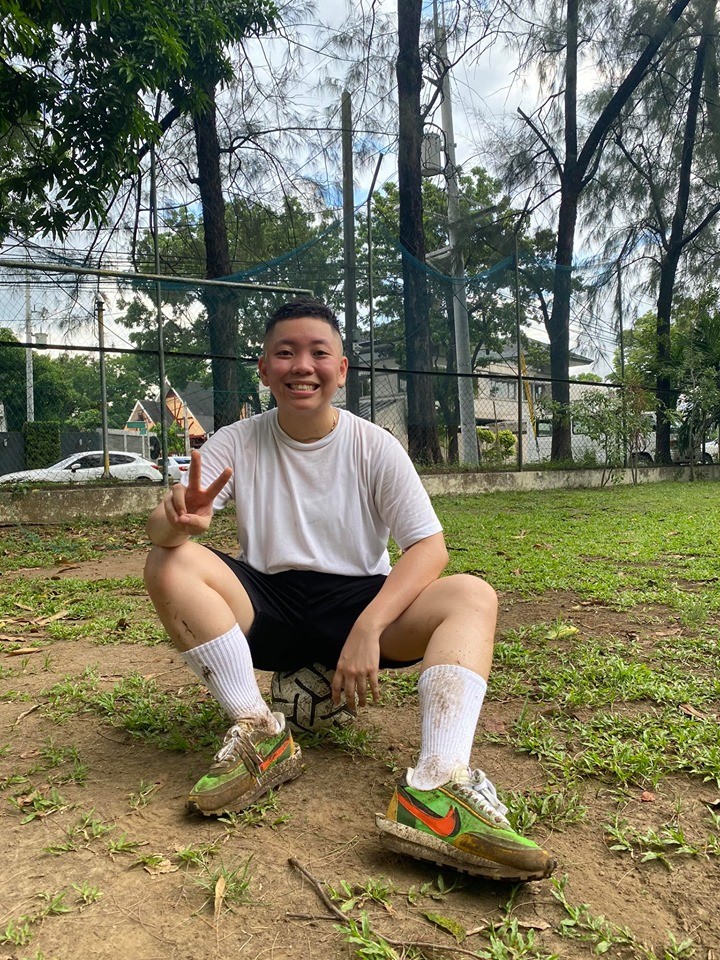 First of all, tell us how you started getting into the streetwear scene. Was it about the sneakers first?

The term ‘streetwear’ didn’t really matter way back. When I say way back, I mean around 12-14 years ago. Yes, I first fell in love with sneakers. I started with Chuck Taylors – Vans Checkered Slip-Ons, influenced by music from the early 2000’s/late 90’s rock bands since I used to play lead guitar in a band during my high school days. 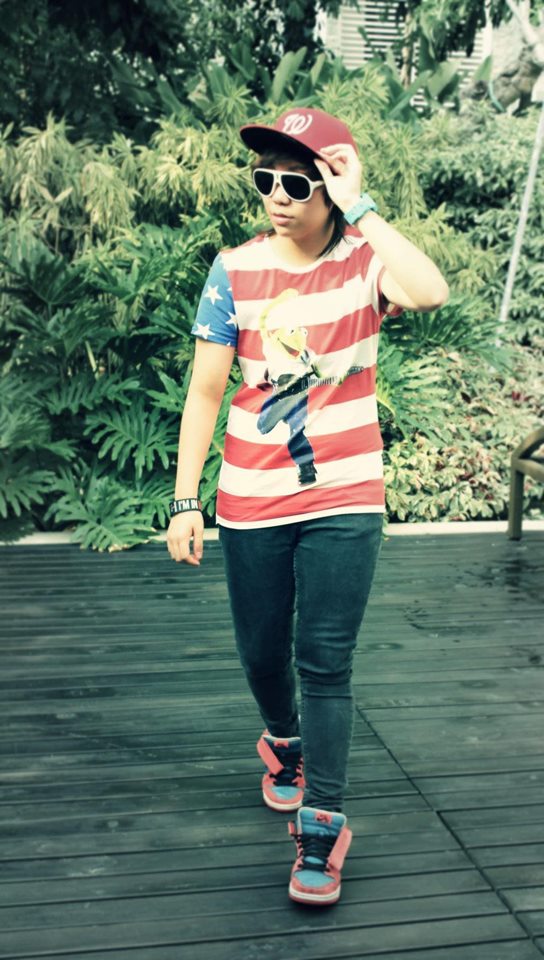 People gathered for sneaker releases at Ronac: WeLegendary/Secret Service/Terminal, Commune MKT, Melrose QC, and the early skate shops of the early 2010s. These places may all be gone physically, but living in the moment was the best feeling ever. 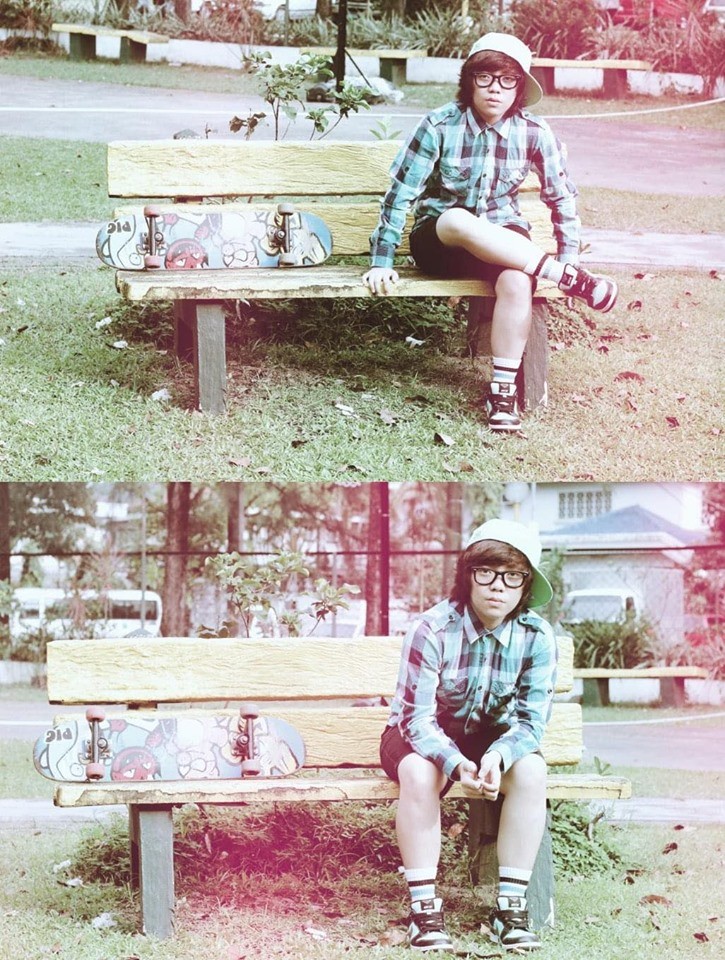 The Third World is a very huge online community. Can you share with us how the said group came to be?

Third World started out as a small Facebook group back in 2012 called ‘Team Streetwear Manila’ which was handled by a few guys from the community. 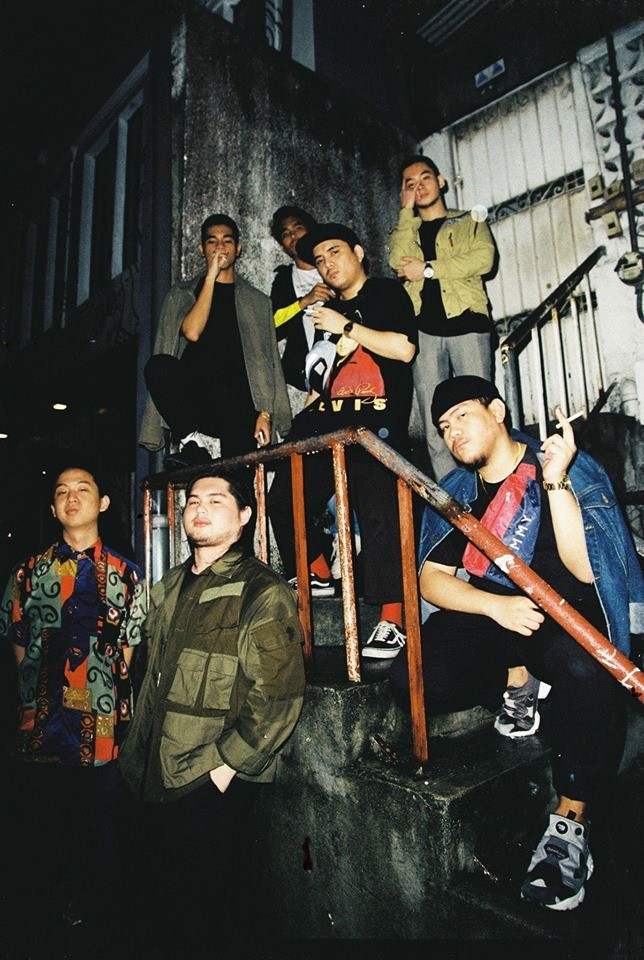 There wasn’t really any other group than TSMNL. I could say we were the first ones to establish a solid group. The group’s purpose was for buy/sell/trade/discussion. We switched things up by 2014 and renamed it from TSMNL to TSPHL (Team Streetwear Philippines), made social media platforms, and our very own blog site. 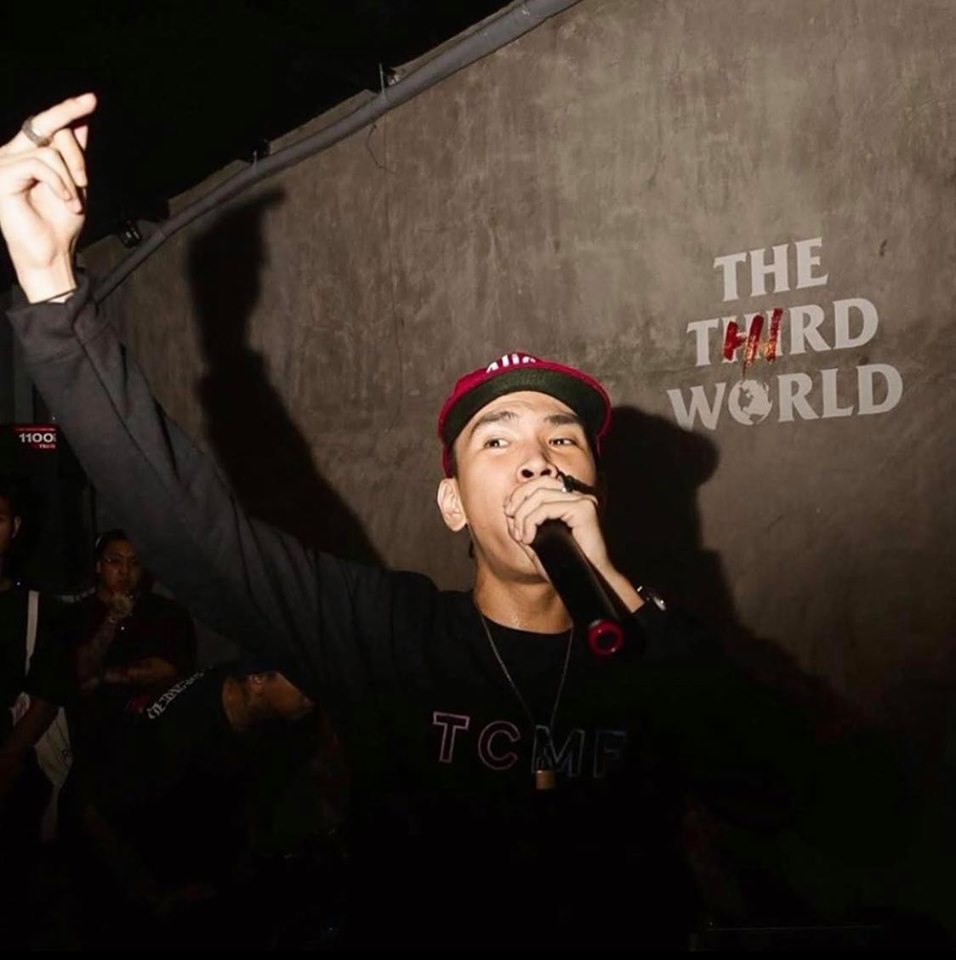 We wanted to promote local/independent labels in our country, and thankful that we met brand owners, old and new from different cities. We had a few events to celebrate etc, etc. 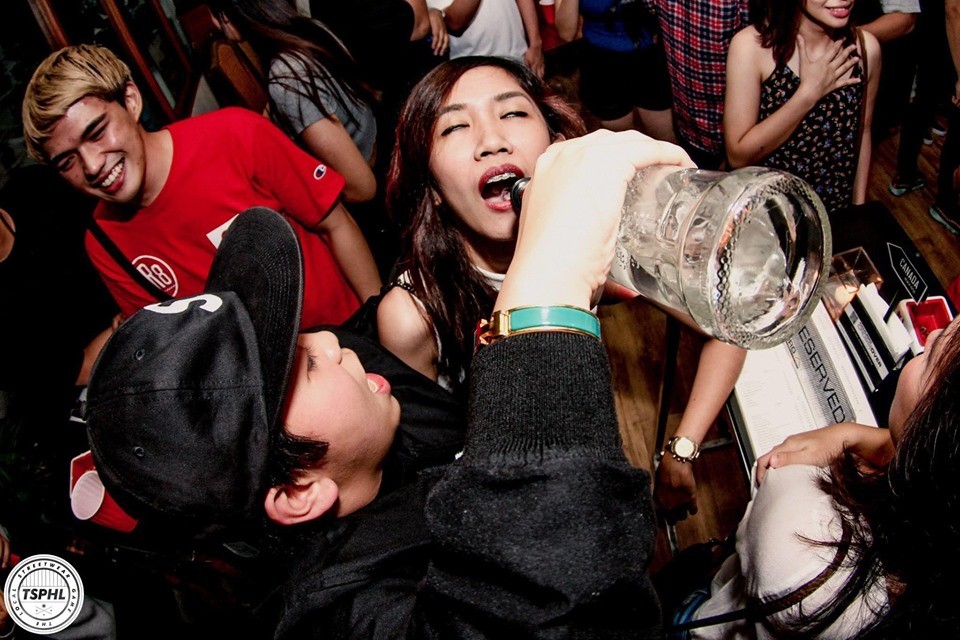 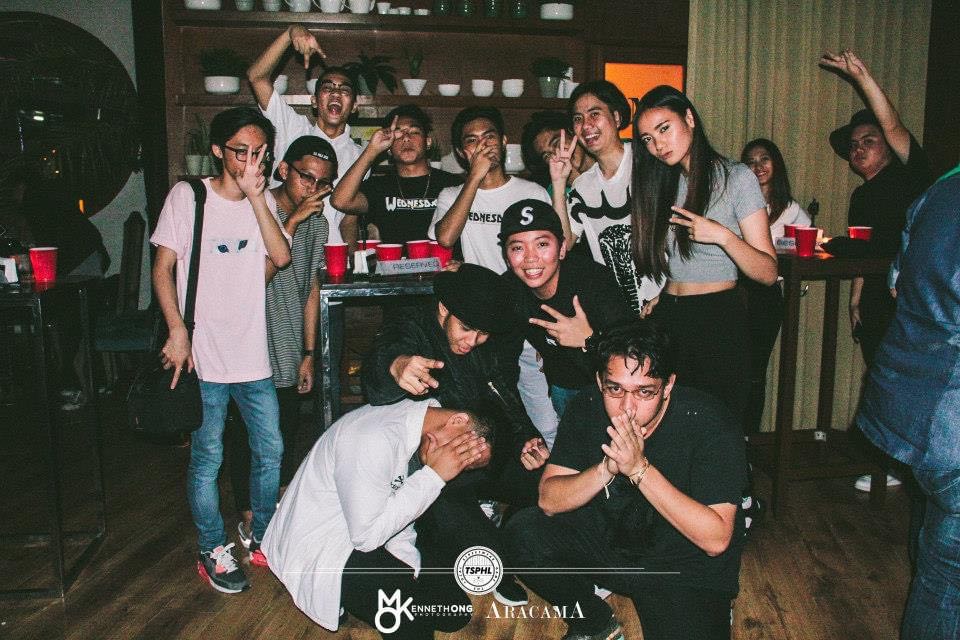 In 2016, we wanted a more diverse community not just supporting clothing brands but also focusing on local creatives, music, photography, art, and others of the same industry. The group is still being manned by members who share the same passion and interests. 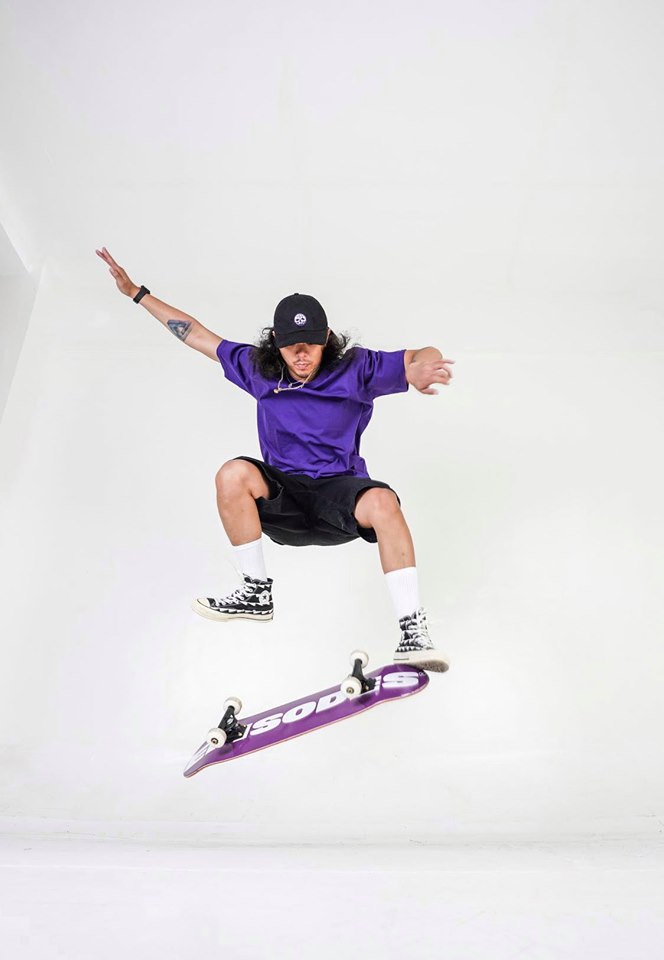 Episodes is a brand that releases when it feels like it. Is this a part of your brand’s DNA in order to keep the products interesting? Can you share what the brand is aiming for?

Episodes® has its own timeline of collections, collaborations, and limited releases. We are very particular with what we release since there always is a story behind each collection. 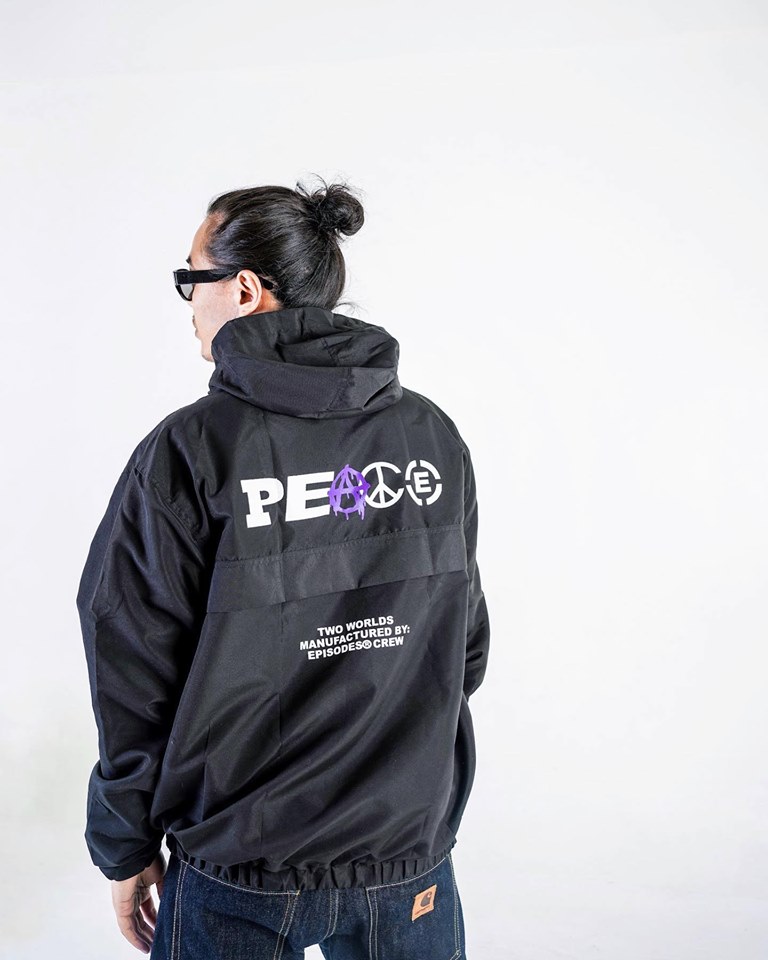 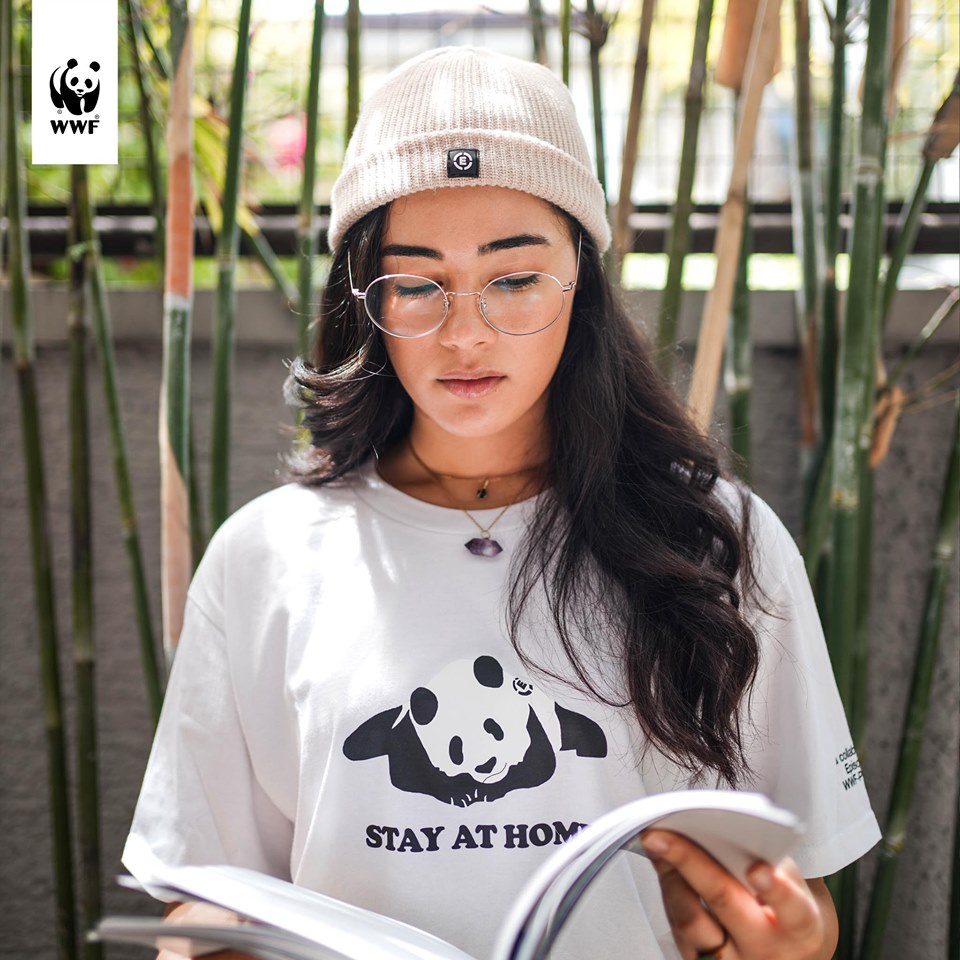 (P1 & P2), we release our collaborations on a seasonal basis. All our items are limited to a number of pieces, and have no restocks as much as possible. We never base our market with numbers. It’s also NEVER about the number of followers you have. 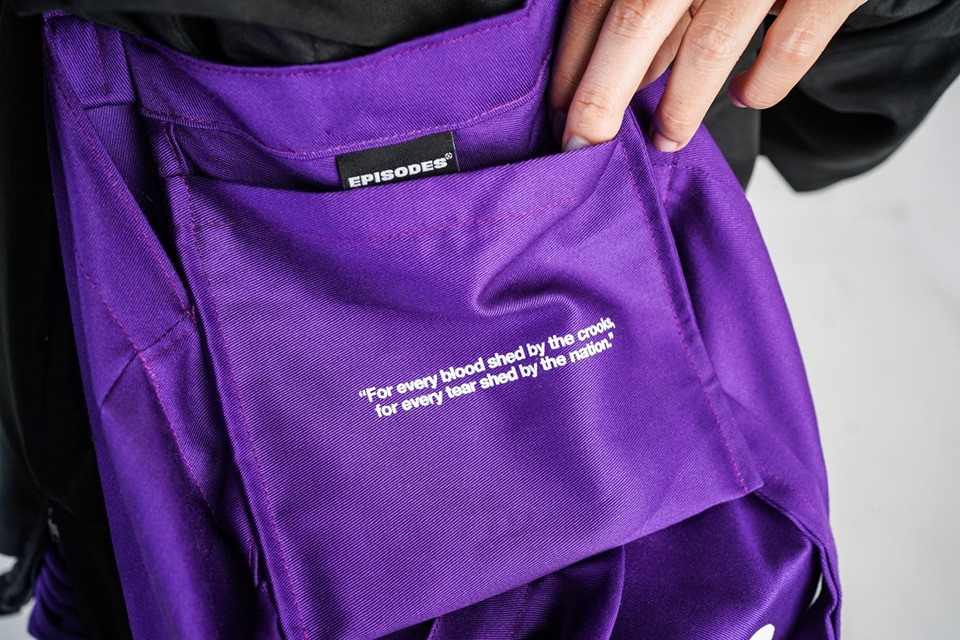 Substance is every important, and if a homie supports your line, then tell him to tell his other homie about what we do. Word of mouth is the best type of way to introduce your brand. Asides from a wide set of audiences, we aim for global status.

Being a part of the LGBTQ community, is the local scene now more open-minded enough when it comes to gender? Please share. 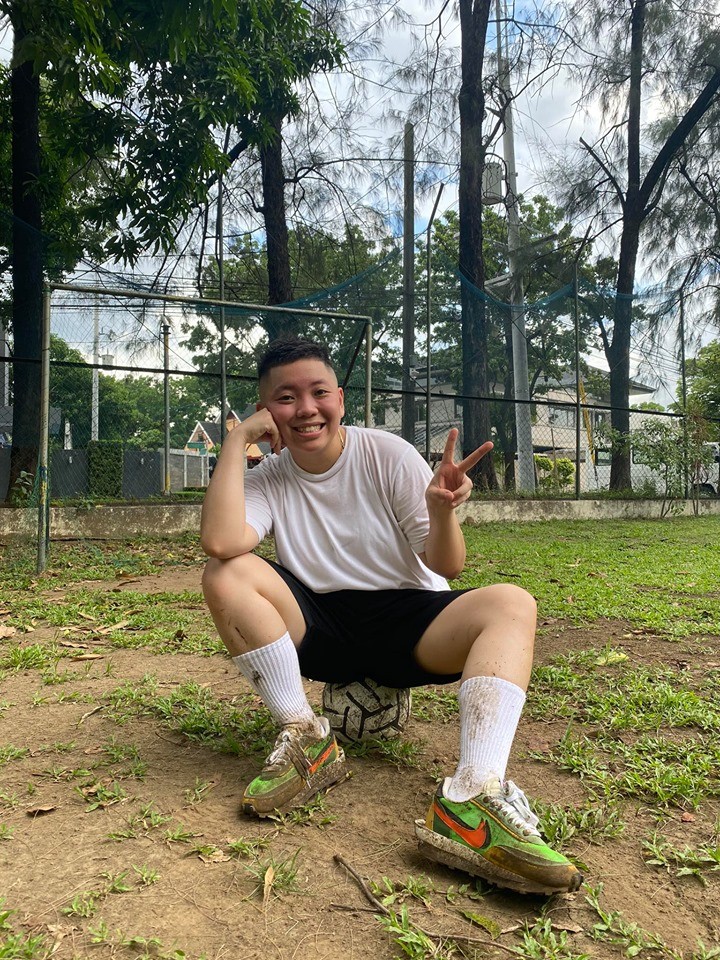 Times are changing for us all, and this includes people’s point of view with their beliefs, morals, and acceptance. I guess it’s fair to say that it just gets better and better for everyone. I don’t think gender would be a problem here since dressing up is already an acquired lifestyle.

Your collection is well rounded and diverse. Can you share with us your top 5 picks?

Let me just share my most recent rotation since I’ve mentioned the ‘Jordan 1 Banned 2011’ a thousand times. 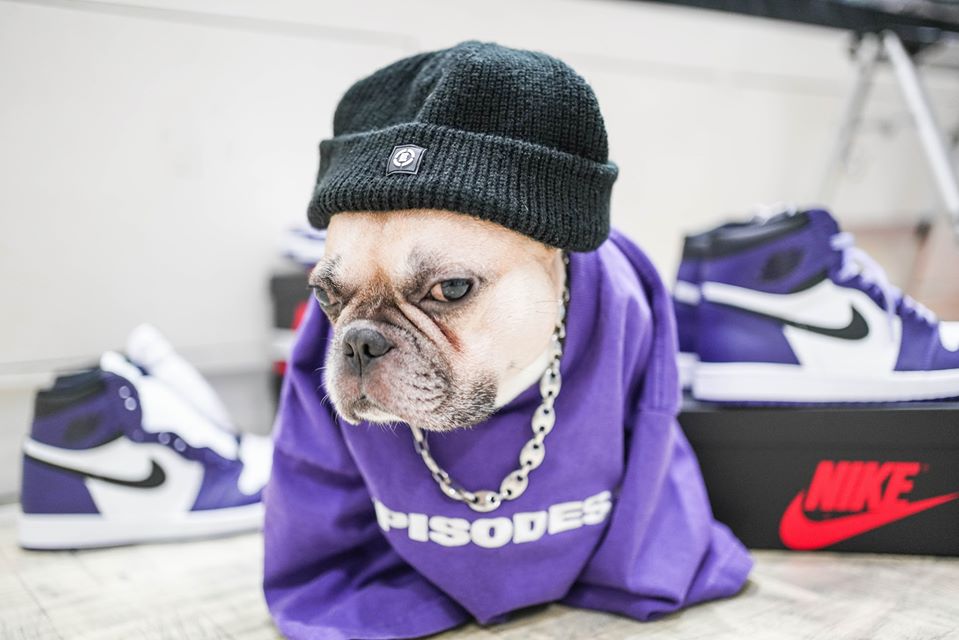 If you were to style yourself for a day outside exposed to the elements, what would be your #OOTD? There is no wrong answer here!

The usual + a surgical face mask tbh. Headwear, probably the B22 Trucker Hat or a fisherman beanie. An Episodes tee, shorts/cargos, crew socks, and a pair of sneakers. Just tryna keep it cozy as much as possible.

Among today’s kids, what is your observation when it comes to streetwear and sneakers? Did the buying behavior change compared to when you started?

There will always be pros & cons in sneaker collecting especially w/ today’s generation.
2007 vs 2020 is a 13-year gap, and if you’re reading this now and started collecting the same time as I did, or even way before I did, then you’d feel today that being a “sneakerhead” isn’t really as exciting as it was back then. You probably grew out of it, or still there but could really care less. The market is already oversaturated, filled with more resellers than collectors. I remember when CoG, WeLegendary dropped Nike SBs for retail. The campouts were nice; You’d make new friends, share discussions, and even get some grub the next day after that fulfilling sneaker purchase. I don’t think kids today will ever experience those type of campouts.

My last “campout” was late 2018, I tried lining up for the first time in a long time in PH for the Off-White Converse Chuck Taylor at One Rockwell. I was in-line with a few homies. Two Words: NEVER AGAIN. 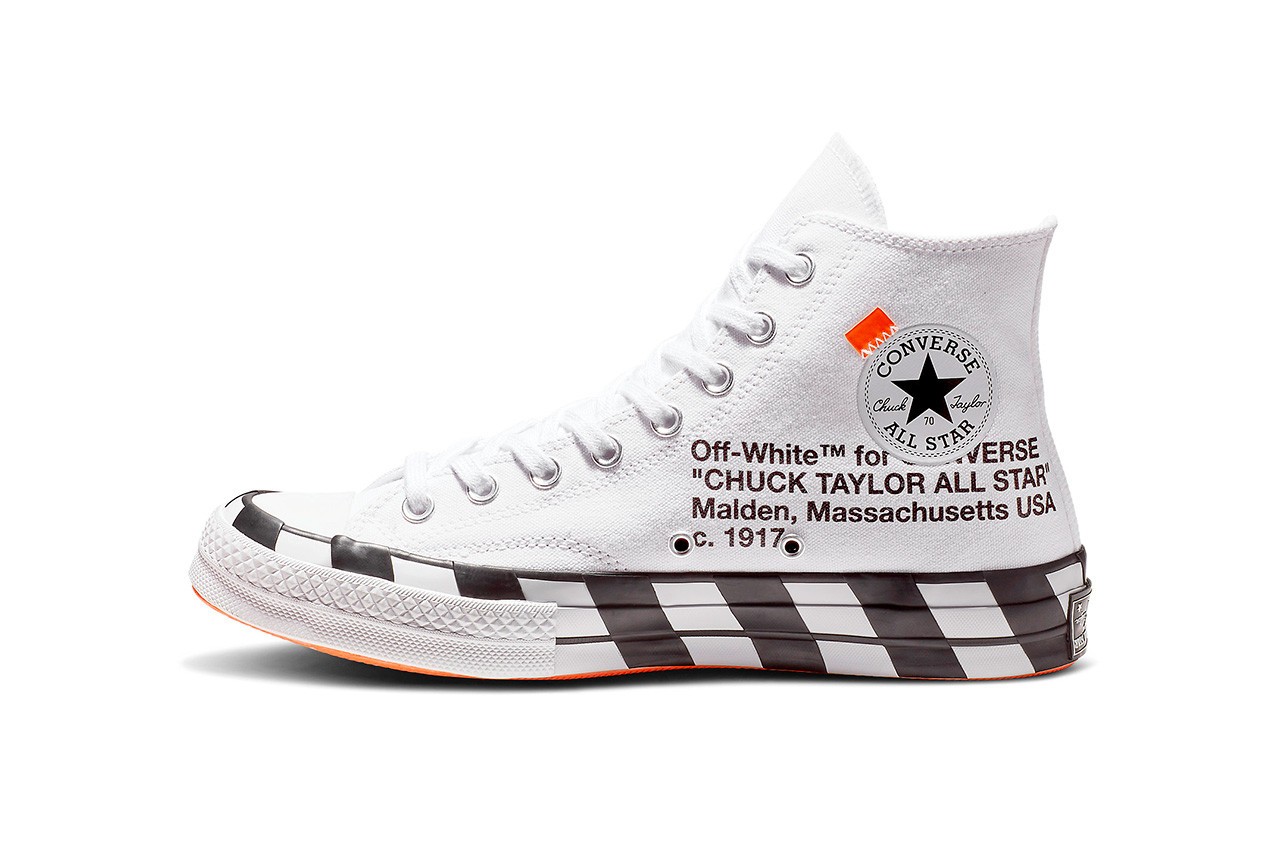 Some crazy woman tried to cut in line and even clawed me. Thankfully OW management banned her and her boyfriend lol. I was so pissed that day cause it was scorching hot, the mechanics were confusing everyone, and everyone was tired etc. Times have changed indeed. The line was insane, and I’d probably say 90% of the people in line were resellers. No one discussed/shared each other like they were interested in sneakers. All they did was talk about how much profit they would get if they won. 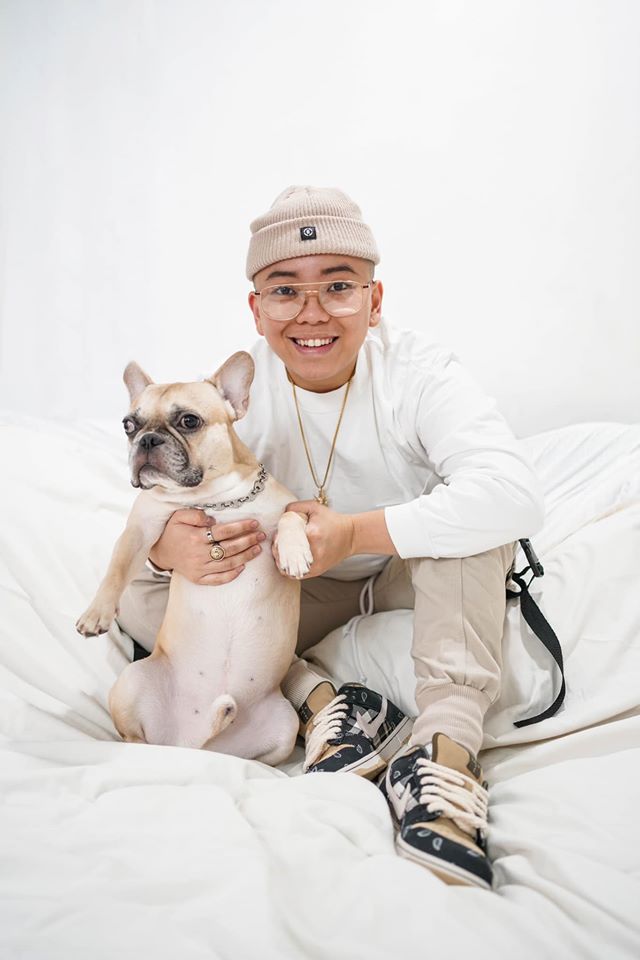 As for “streetwear,” I think I’m over this term, but I’m happy that the local community has had so much growth through the years. Again, there are pro’s & con’s to this. If you decide to sell out, then that’s on you. All I have to say is support local only if you believe in the brand. Don’t support it if you don’t like it. You have to understand what their message is, and if you don’t, then no one’s forcing you to like them. It’s tiring to see repetitive designs, but it’s all part of the process. If they choose to stay in one dot, then let them be, but if they’re willing to learn and absorb new information, then good for them. All of us remain students of the game; We learn something new each day without us even knowing it.