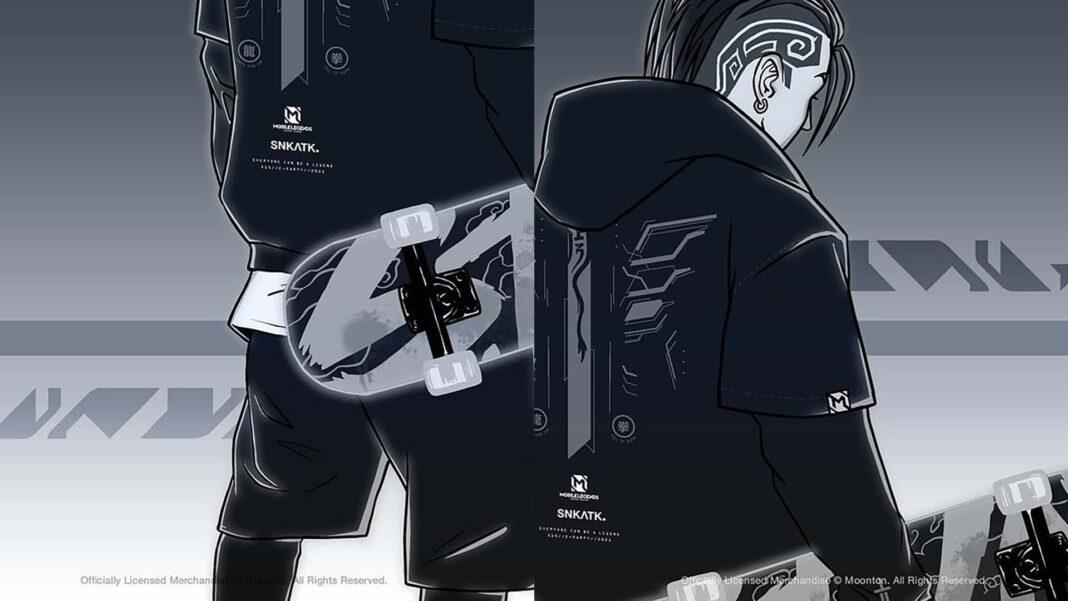 Fresh from their Japanese workwear-inspired collab with Project 7 to 1, SNK ATK has another major collab, and it involves Mobile Legends! This latest project of theirs is definitely their biggest one to date, as it makes their unique aesthetic part of the official merchandise for one of the most popular mobile games in the country.

“The opportunity to collab with [a] well-known game that we admire is something we couldn’t pass up, Managing Director Dwight Santos said, adding that it is a dream come true for them especially since Principal Designer Psalm Alfafara and CFO Kirby Gonzaga are into games and are collectively involved with eSports.

“So when the opportunity presented itself, the fit felt really natural,” Psalm adds.

For the first set of collabs, SNK ATK’s debut collection will be the 515 Party, which features pieces inspired by the new STUN virtual group made of the characters Chou, Selena, and Brody. Channeling in SNK ATK’s premium outerwear and bold graphic design, Psalm explained that the challenge with the collab is finding the perfect balance of techwear, streetwear, and gaming-infused merchandise. “We see ourselves as caretakers of every brand we collab with, and we take that responsibility very seriously.”

What makes the SNK ATK and Mobile Legends collab more awesome? Dwight teased that it is “only the first part of a multi-part collab.” 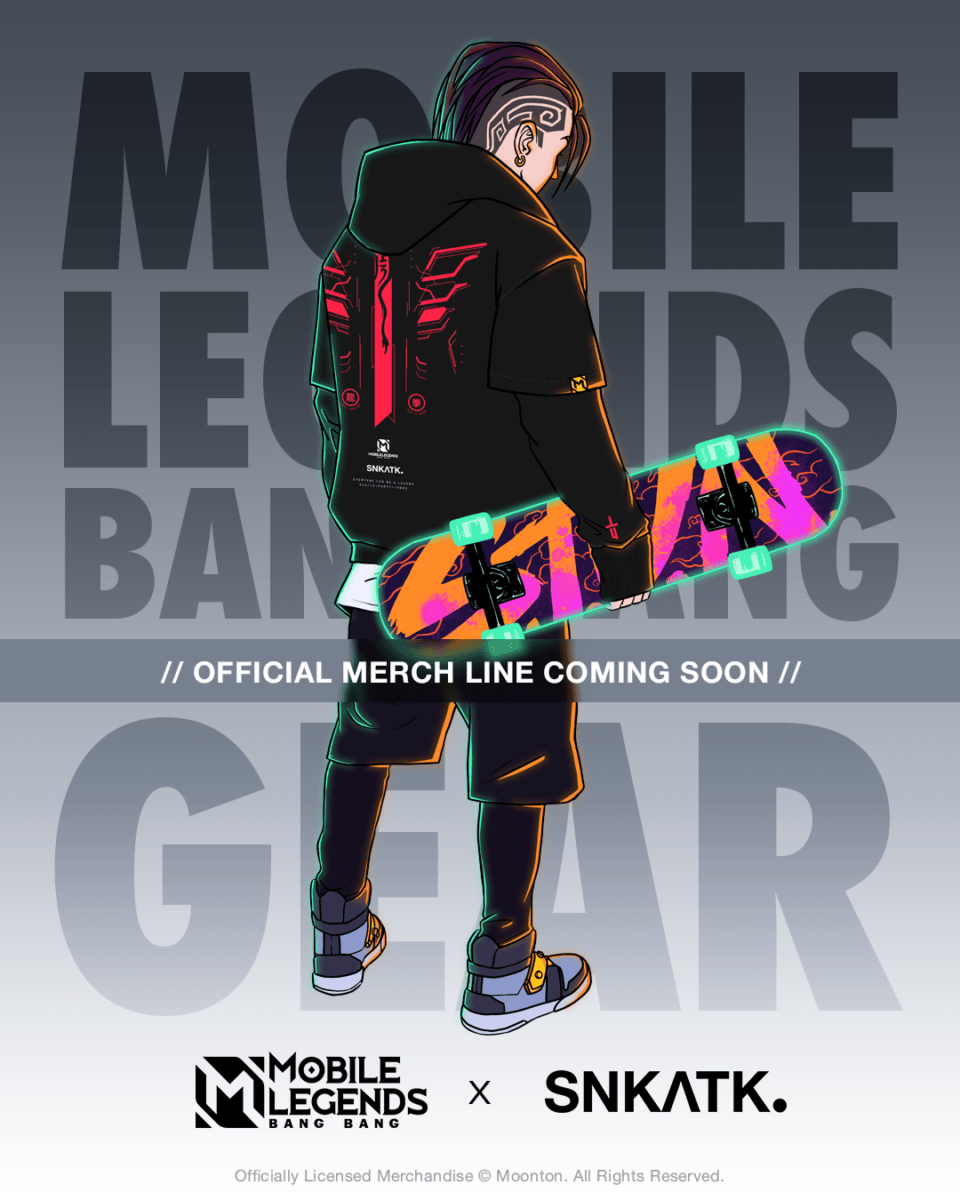 “You heard it here first – this is just First Blood. We’re not just running it down mid, the whole squad is here and they got our backs. We’re going for that Monster Kill and we’re taking you with us,” Psalm said.

When we talk about multi-part collabs, the trio shared that there is a possibility that their merch designs might make it as skins in Mobile Legends. After all, that has been a trend in some games as of late (take Pokemon Go and Fragment for example), and the SNK ATK team is down for it. “To be able to immortalize something and have it in a game is on my to-do list,” Kirby said. 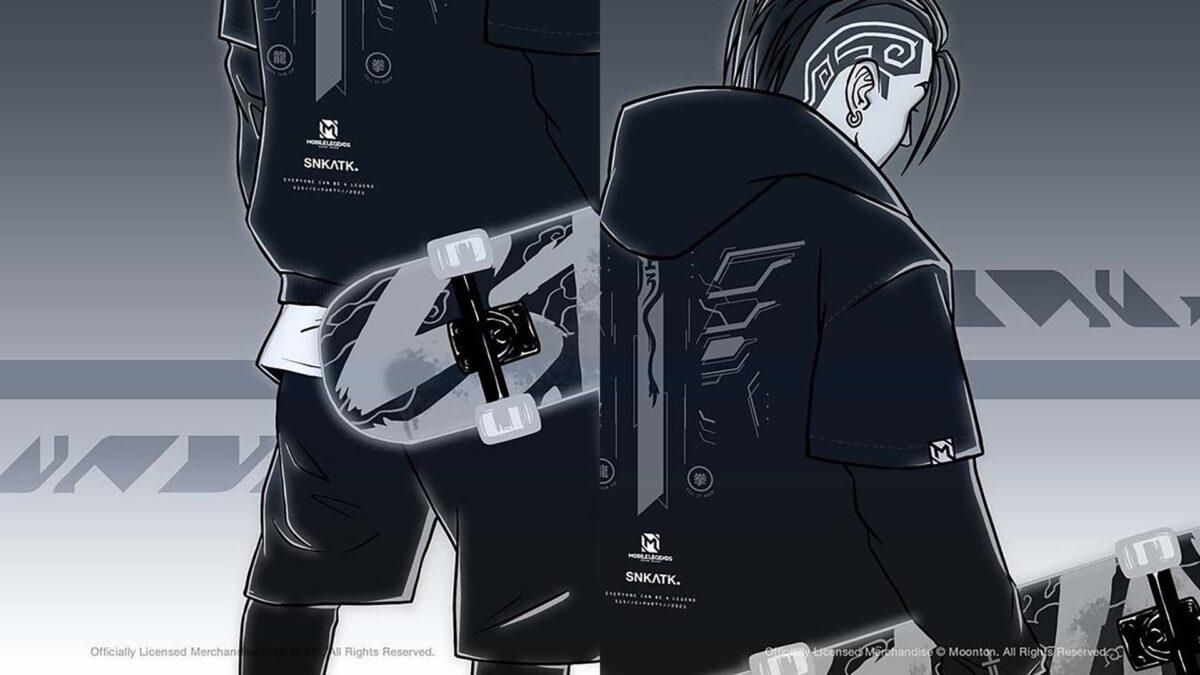