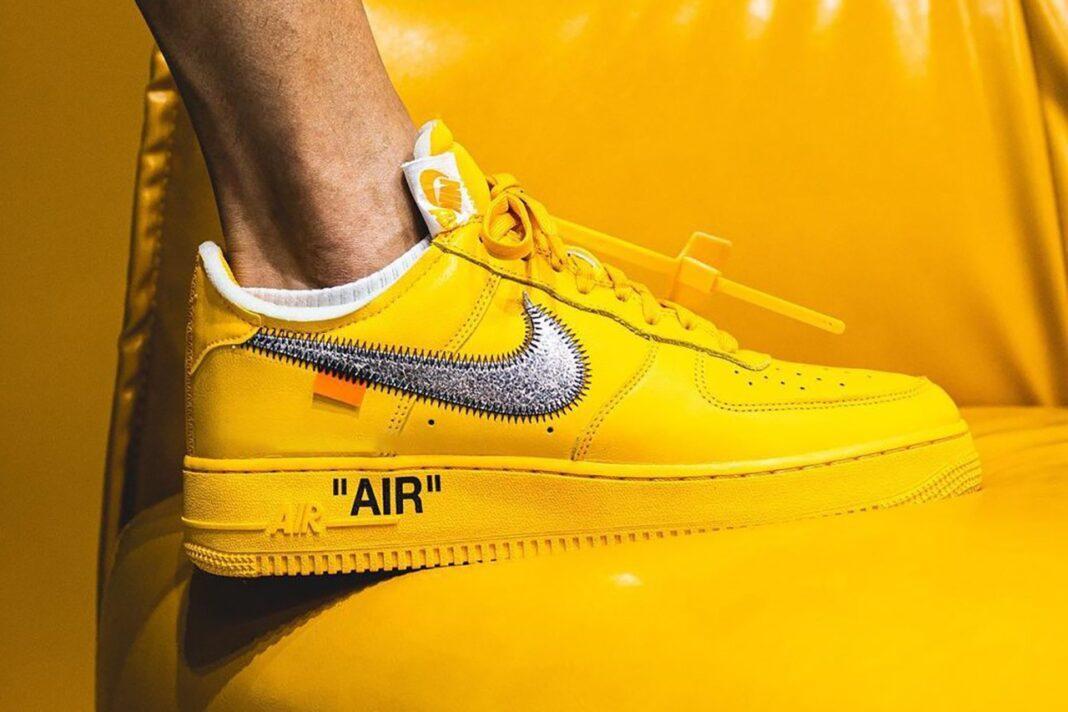 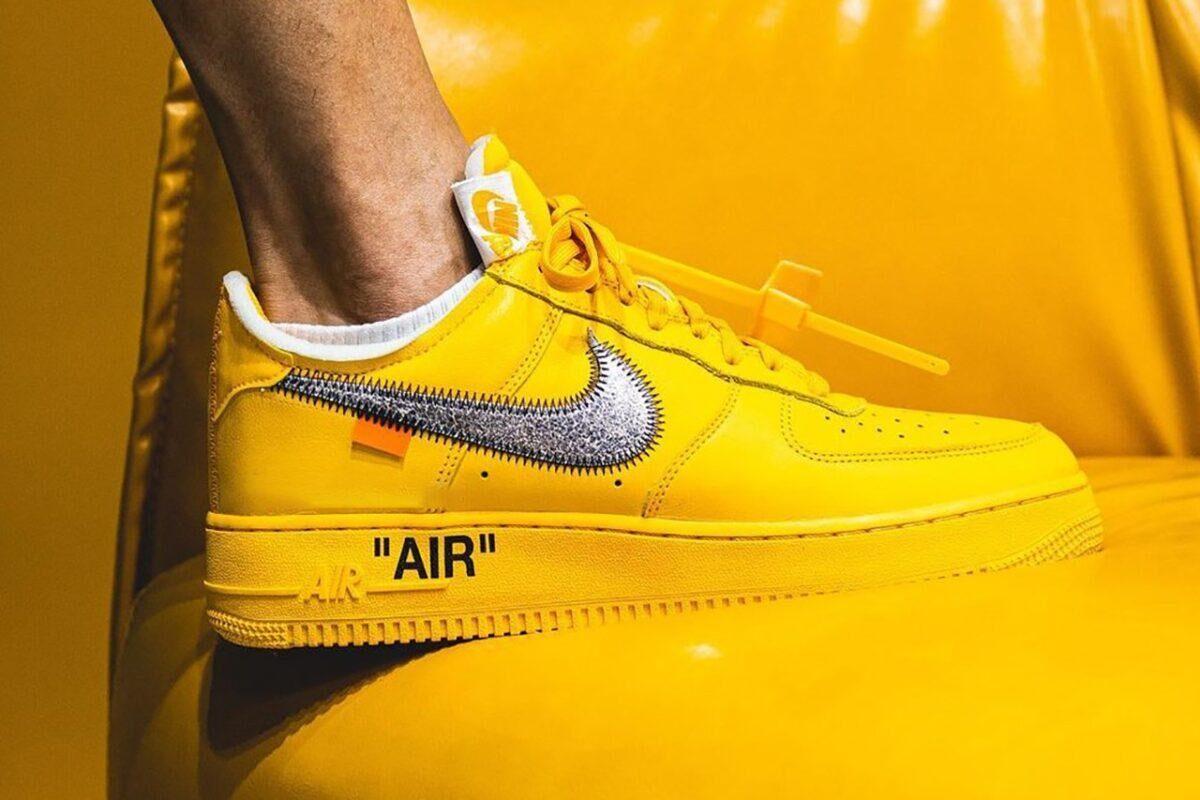 There will always be the “hottest new thing” in the world of sneakers. It takes a certain talent and a lot of charm to reel people in, especially when a lot of cash is involved.

Virgil Abloh and Nike seem to have mastered the art of creating hype with the smallest of efforts. These two entities are still on it with more crazy collaborations, the latest being the Off-White X Nike Air Force 1 Low University Gold.

The Nike Air Force One seems to be enjoying the limelight as of late. With Nike pulling out classic colorways from their archives, it seems that the Swoosh has big plans coming probably making it the next Nike Dunk.

Known for its chunky profile, LeBron James is no stranger to the said shoe. Having colorways of his own back then, it’s pretty much a no-brainer that he would love rocking this silhouette especially in this colorway and Abloh’s treatment.

Virgil Abloh has been known for taking regular iconic Nike sneakers ang giving it his own design treatment. His collections have been the stuff of legend making completists go crazy on every collection he creates. This shoe is bound to rack in a lot of value given the attention it has been getting. 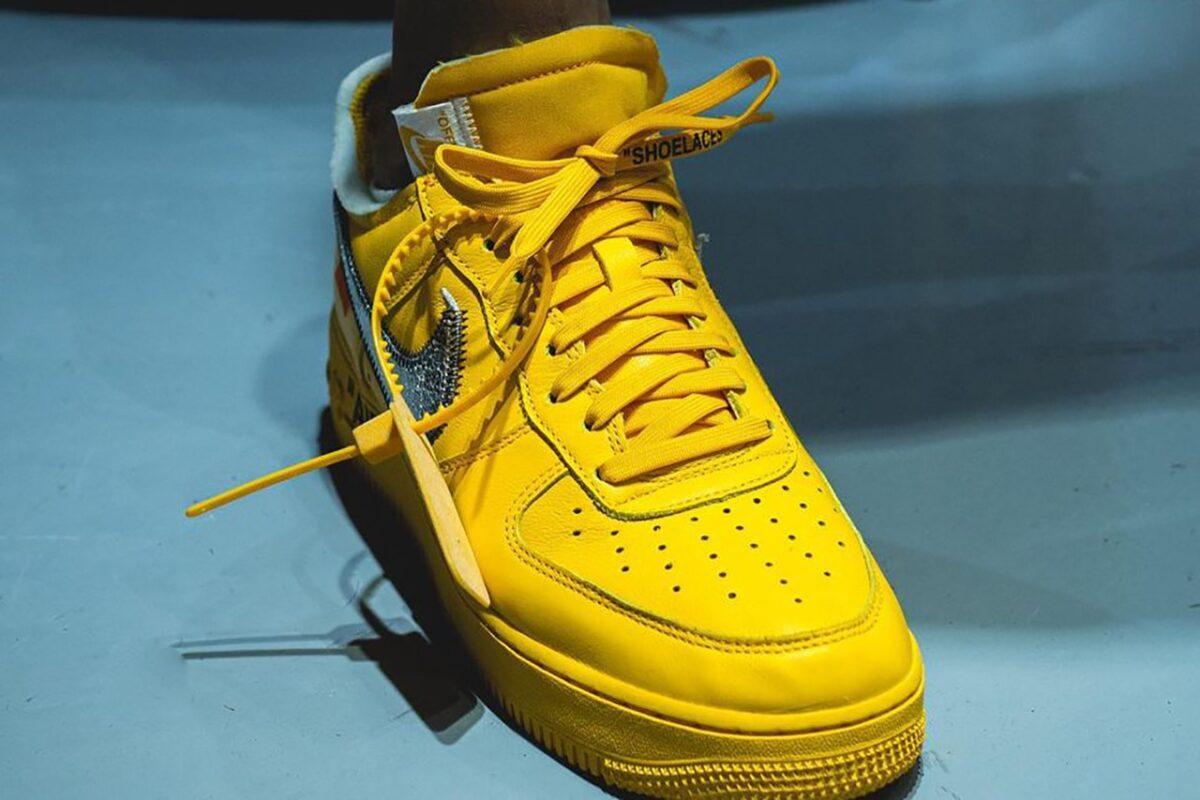 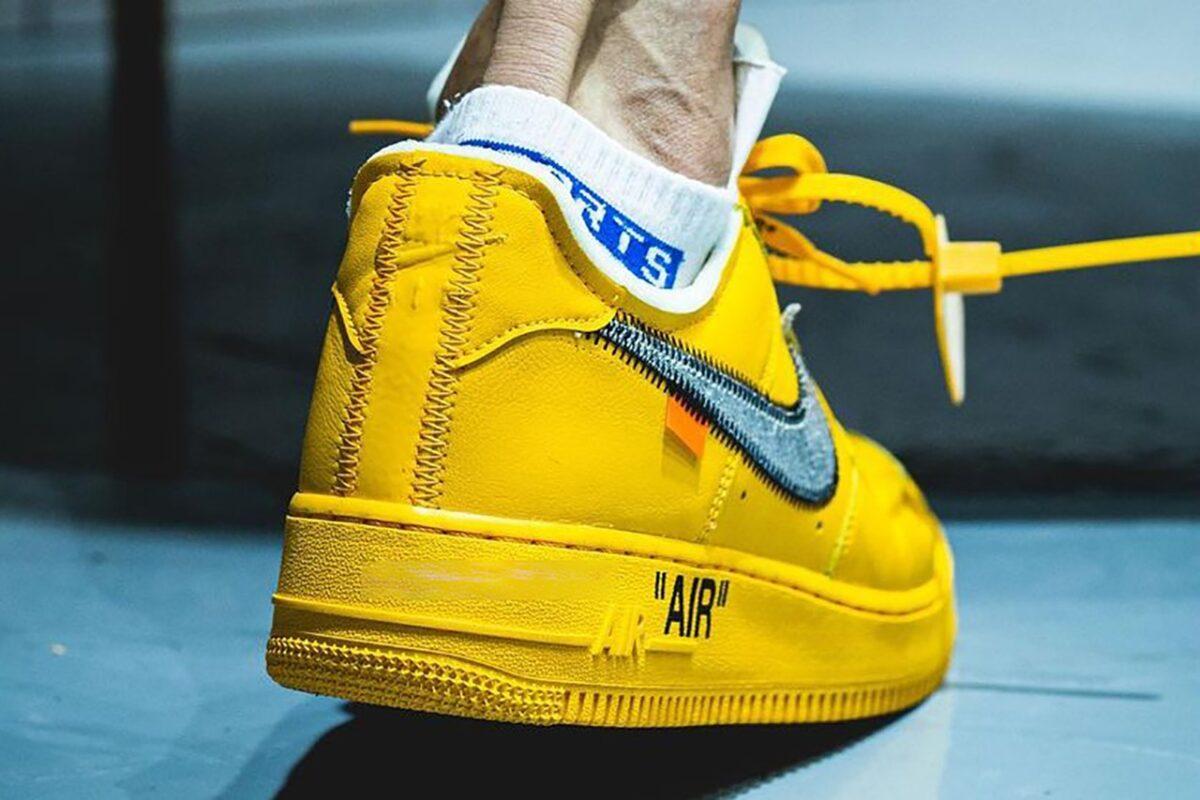 Seen real life from the designer himself as he gifted the particular pair for the NBA champ, the shoes can now be seen up close with these on foot photos.

Nothing new here really, as the Nike Air Force 1 is given metallic Swooshes and the standard Off-White treatment with “AIR” on the midsoles and the “Beaverton” spiel on the other side. The star of the show here is the University Gold color blocking which makes it really pop. 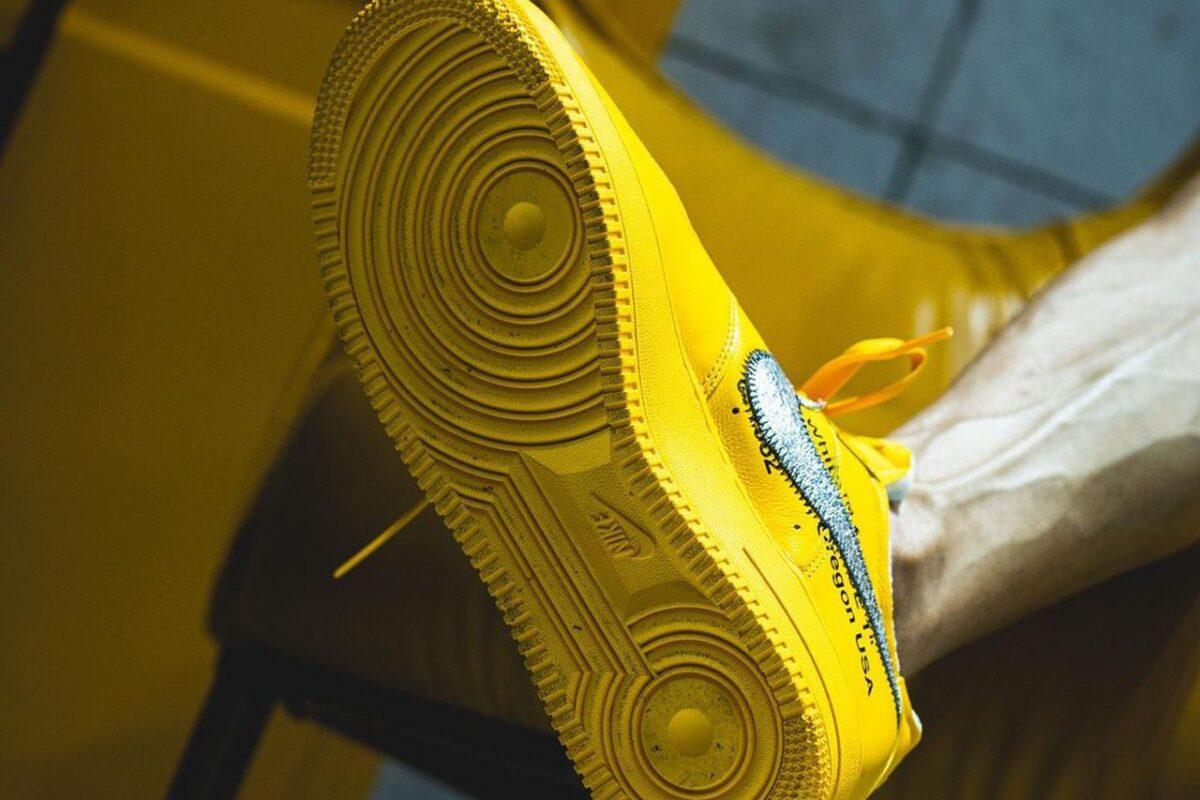 Rumored to drop sometime in July 2021, this is all up in the air now but for sure there will be an actual date to watch out for soon.

In other news, you should check out our feature on Swoosh Effects and his vintage obsession. 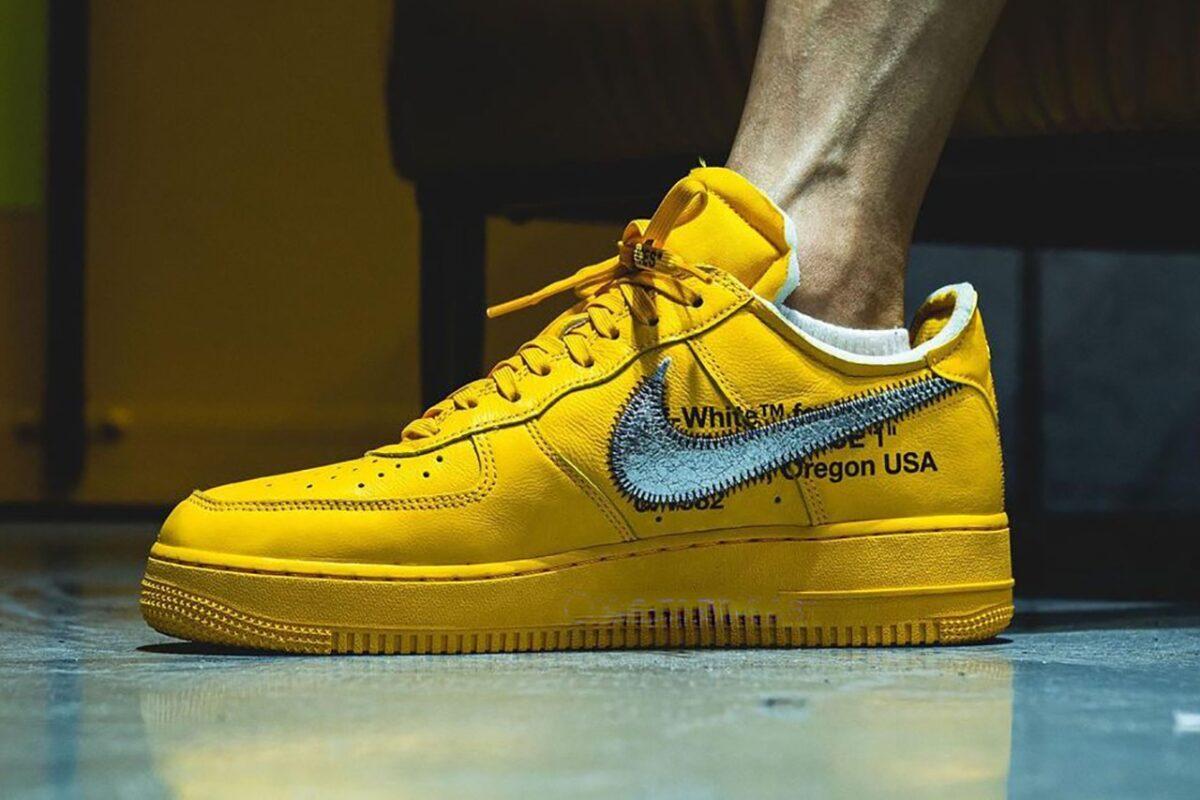