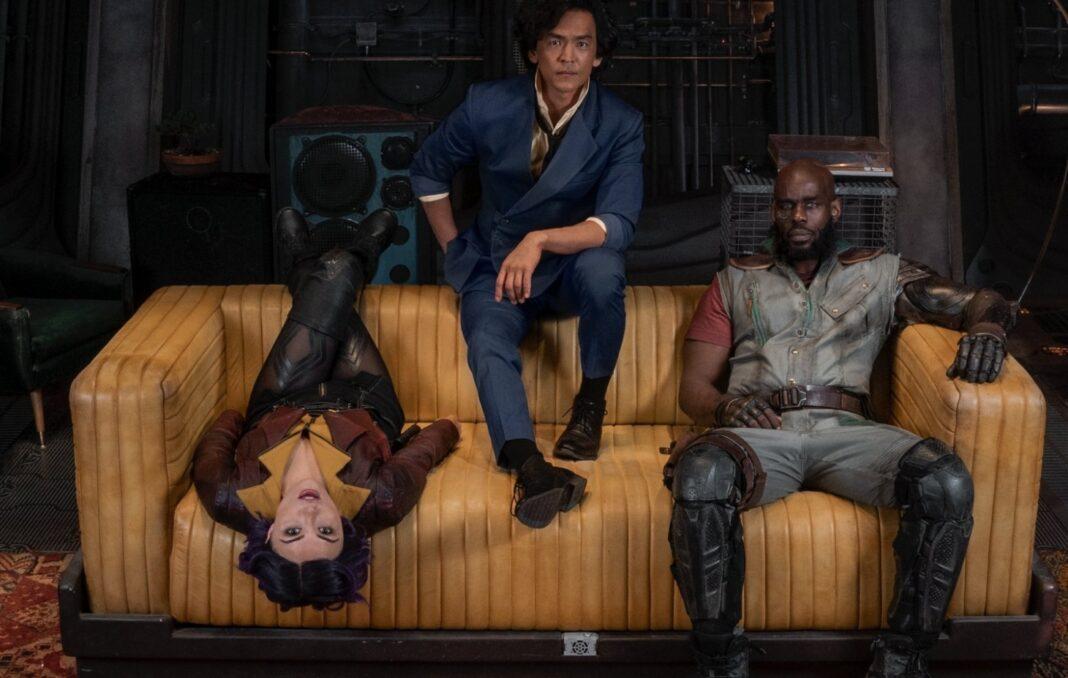 There are a lot of reasons why we are excited about the arrival of the live-action version of the popular anime, Cowboy Bebop, on Netflix. The first is the immensely popular and rich source material on which the series is based. It gets even more exciting from here with the accurate casting choices, retro-pop theme mixed with classic western elements, and an overall exciting and thrilling sci-fi western adventure story. But unless you follow original anime religiously, you probably have very little idea regarding the rich and colorful worlds and characters found in Cowboy Bebop. We’ve done most of the legwork for you – here’s your complete guide to everything that you need to know before watching Cowboy Bebop:

What is Cowboy Bebop All About?

Cowboy Bebop was a TV anime series that aired from 1998 to 1999 and it was directed by Shinichirō Watanabe. The series is made up of one entire season comprised of 26 episodes. However, due to the story’s popularity and the lovable characters from the hit show, Cowboy Bebop eventually birthed into a manga series, a feature-length anime film, several video games, and now finally a live-action series from Netflix.

The original anime’s 26 episode run focuses on a group of traveling bounty hunters — Spike, Jet, Ein, Edward, and Faye — in the year 2071. Due to a cosmic accident, a hyperspace gateway has made the Earth practically inhabitable and therefore humanity has colonized most of the planets and moons of the Solar System. The crime rates throughout the galaxy have continued to spike and therefore the Inter Solar System Police or the ISSP, hire contractual bounty hunters referred to as Cowboys. These “cowboys” chase down such criminals and bring them in alive in return for a substantial reward. Spike and his unlikely gang of hunters travel around to achieve such jobs and they do so through their ship called the Bebop. 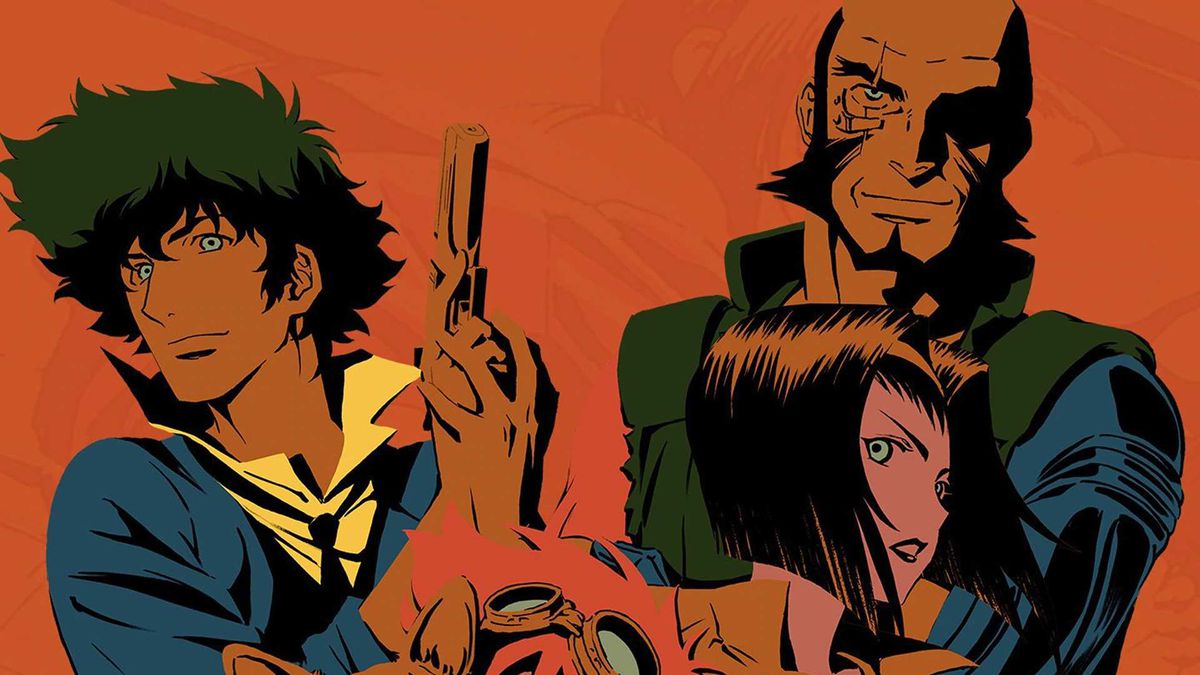 One of the elements that make the source material so engaging and interesting all throughout its run is the attention and care spent on developing every character in the show. We are given characters whose lives and backstories unfold right before our eyes and in turn making them so relatable despite the disparity in their setting and circumstances. We have gathered some of the notable details that you may need to know about the characters that you will encounter in Cowboy Bebop: 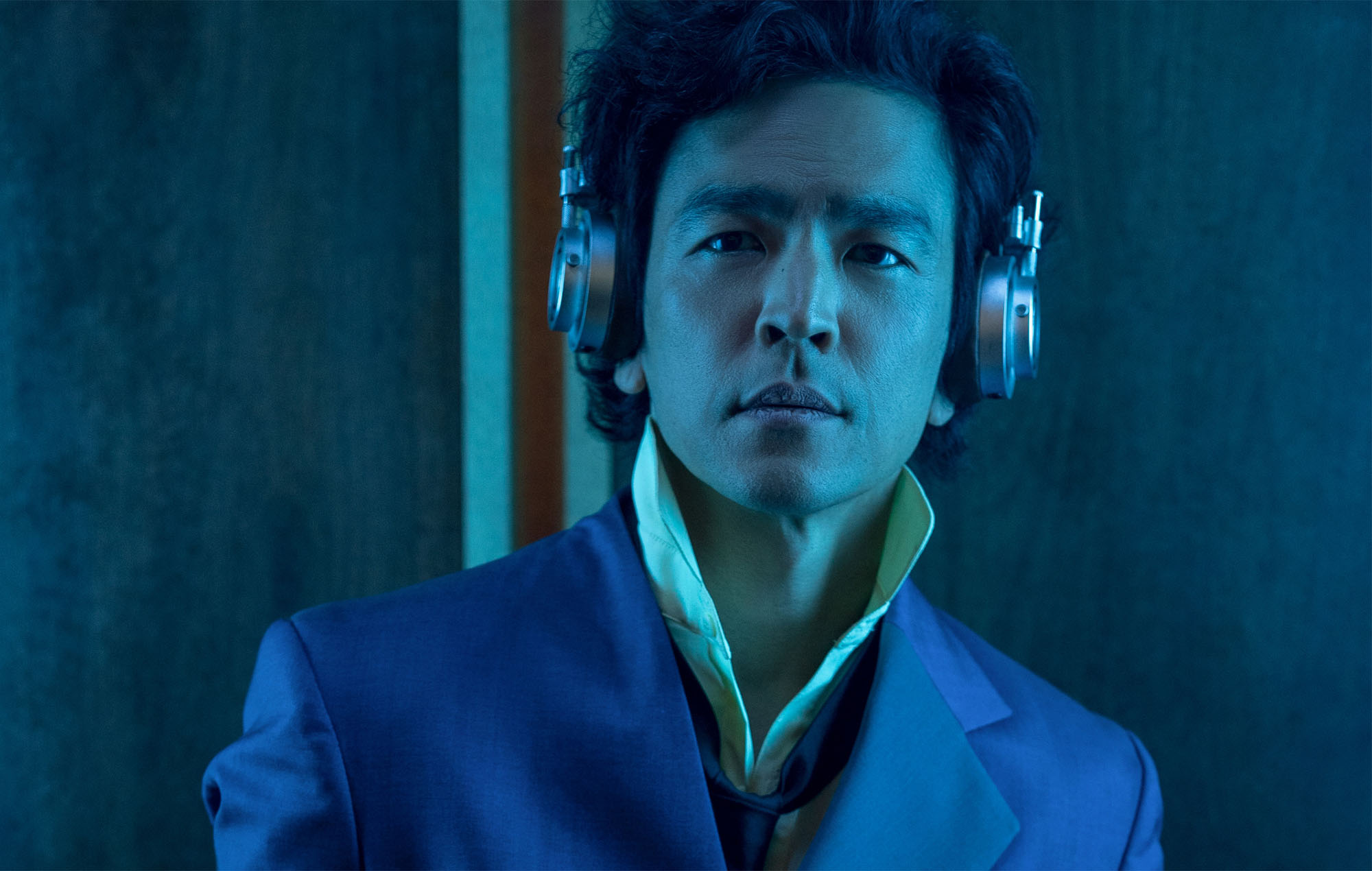 Abilities/Skills: In the original anime, Spike has a cybernetic eye which gives him exceptional hand-eye coordination with firearms and various kinds of weaponry. 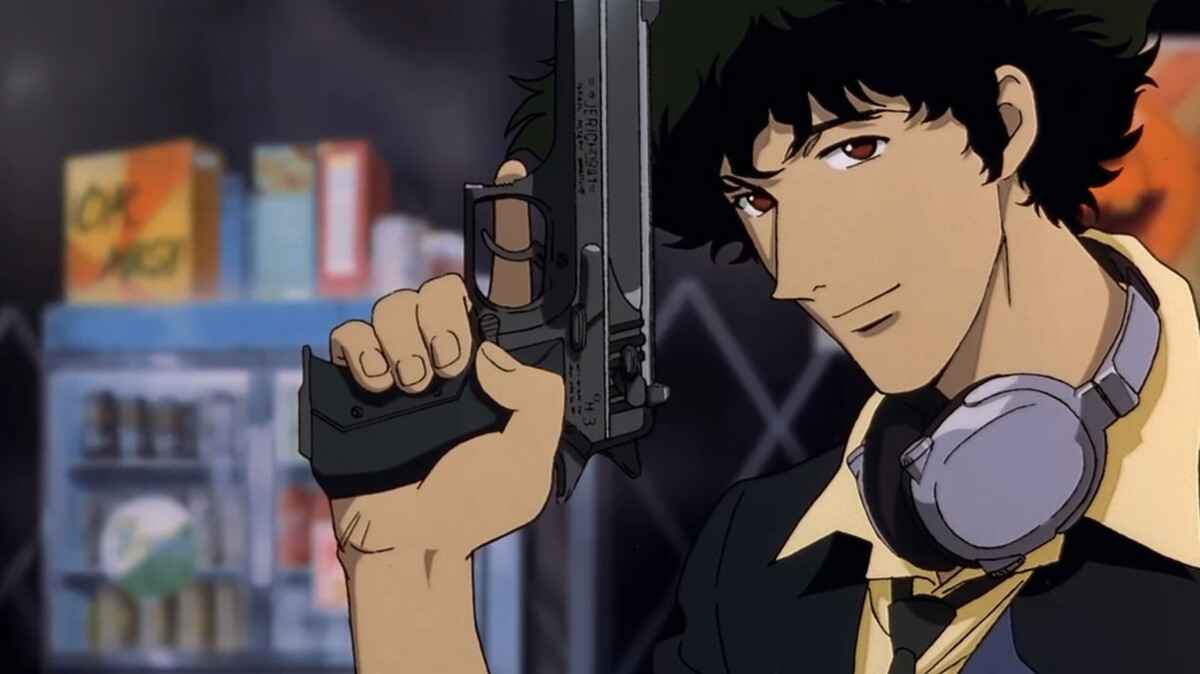 Spike is a tall, lean yet slightly muscular, 27-year old bounty hunter with flowing thick locks of hair who was born on Mars. Spike used to work for the Red Dragon Syndicate which was where he took part in more violent activities. He eventually left the Syndicate all thanks to a special relationship with one of his fellow Red Dragon members, Julia. The two decided to leave the syndicate together despite knowing the repercussions of such actions — their untimely death. Spike was presumed dead and eventually was recruited to become a bounty hunter aboard the Bebop. Spike has huge reservations regarding animals, women, and children in general which can be seen in the latest trailer with his consistent and humorous desire to kill Faye. 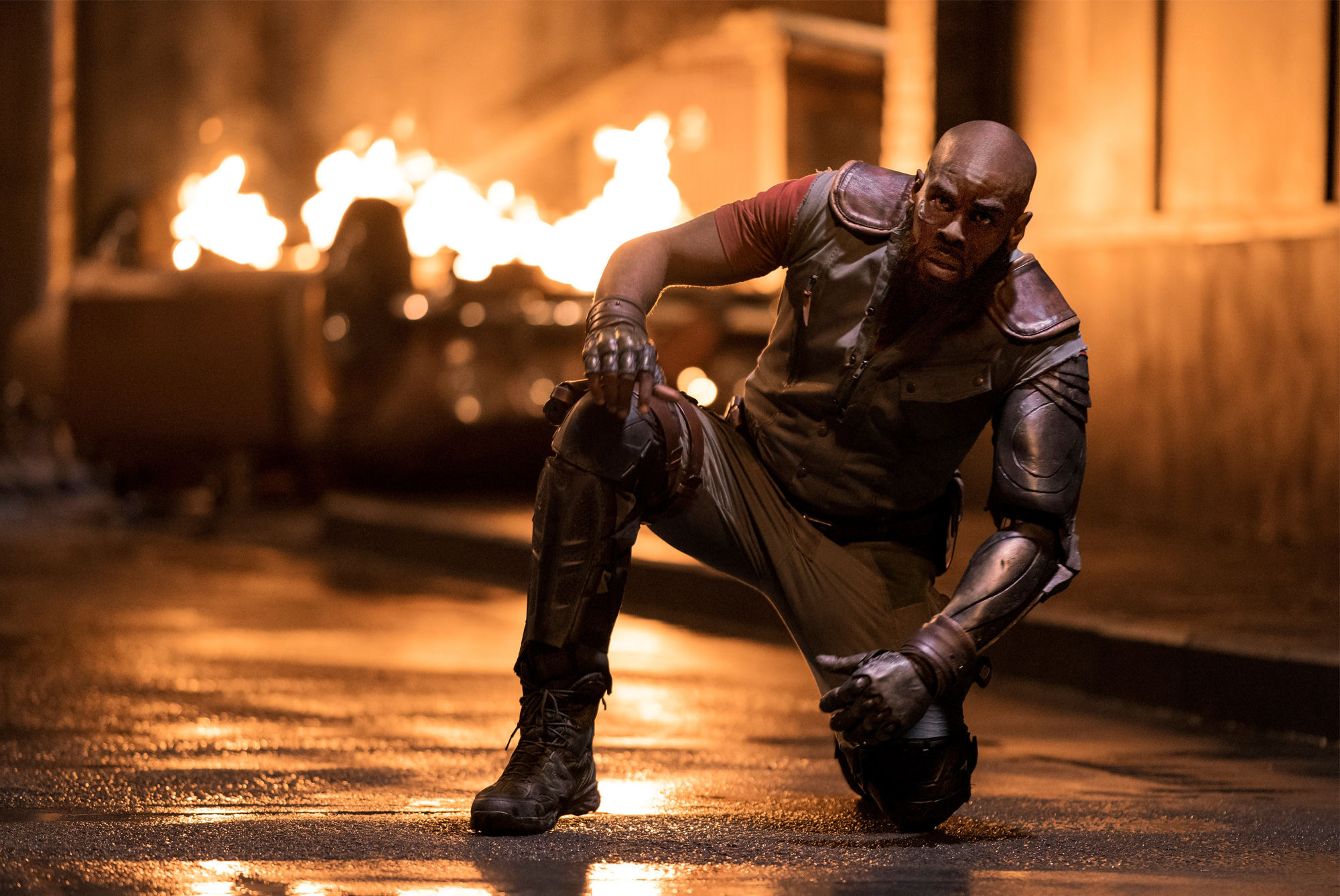 Abilities/Skills: Jet is skilled with handguns, the net-gun, and hand-to-hand combat as well. He is also a skilled mechanic and pilot. Compared to Spike, Jet tends to use more raw muscle than technique. 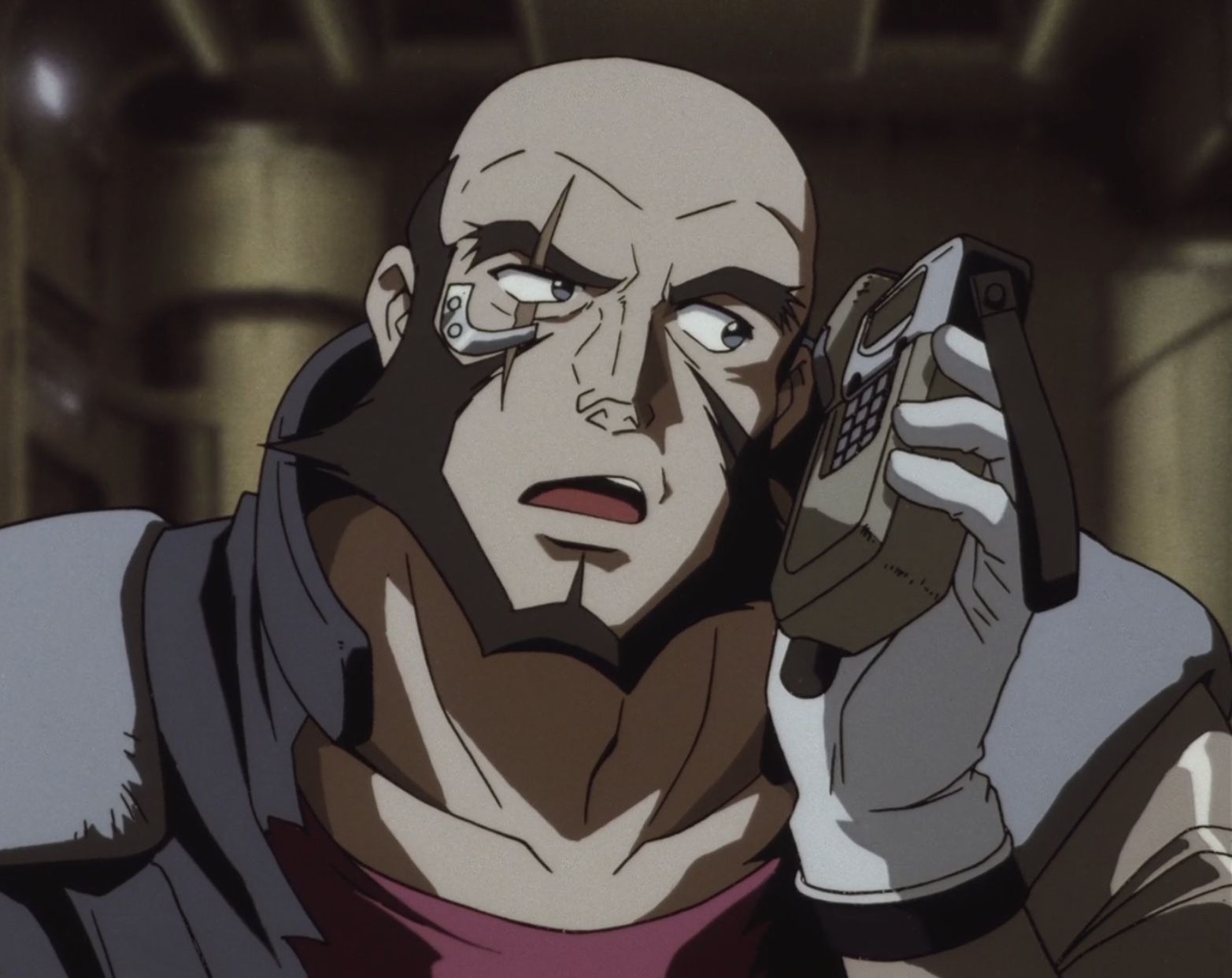 Jet Black or also known on his home satellite as the “Black Dog” is a former cop for the ISSP. Jet is known for his tenacity and muscular built which always comes in handy for the Beebop crew especially for his role as captain. During his days as an investigator for the ISSP, Jack inadvertently lost his arm when his corrupt partner betrayed him during an ongoing investigation. Eventually, his arm was replaced with a cybernetic limb which often serves as a reminder for Jet regarding the consequences of his actions. Losing his arm was the reason for Jet leaving the ISSP to become a freelance bounty hunter. 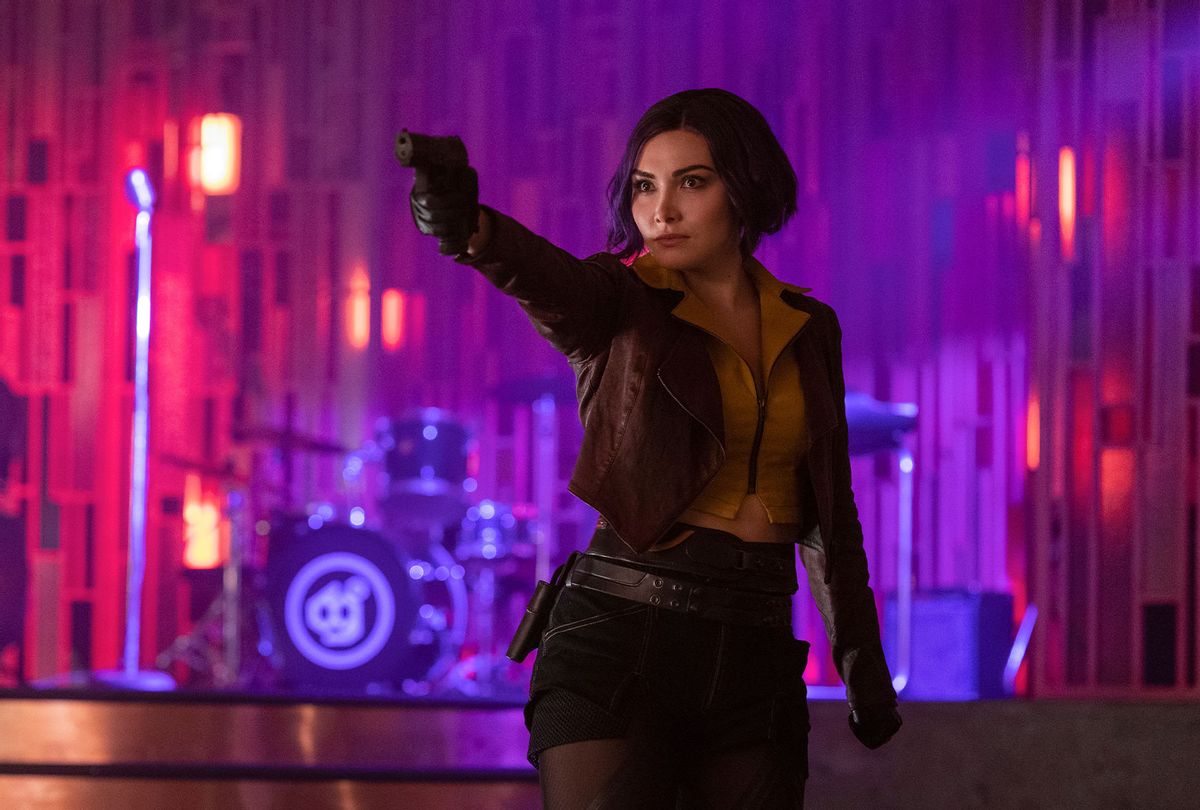 Abilities/Skills: Despite seeming to be a little more than a thorn in her partners’ sides, Faye is actually a well-rounded member of the team. She is adept in handling guns as well as being able to hold her own in a fistfight. 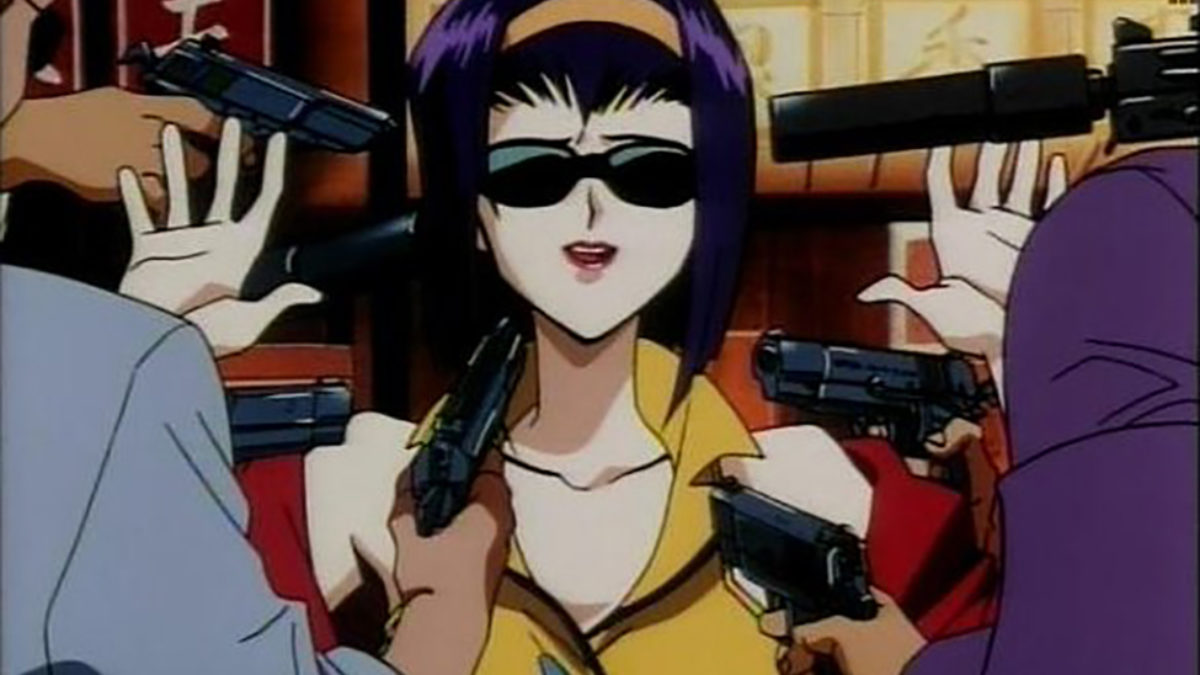 Faye in appearance looks to be no more than 23 years old in age but in reality, she is actually around 77 years old. Faye was placed into a cryogenic freeze after a space shuttle accident causing her to become stranded in suspended animation in space for fifty-four years. In the anime, Faye encounters Spike and Jet on two occasions, eventually making the Bebop her home during the second encounter despite the disapproval from both men. Faye has several bad habits, such as drinking, habitual gambling, smoking cigarettes and cigars, becoming unnecessarily violent, and turning on partners when the profits seem too skimpy. 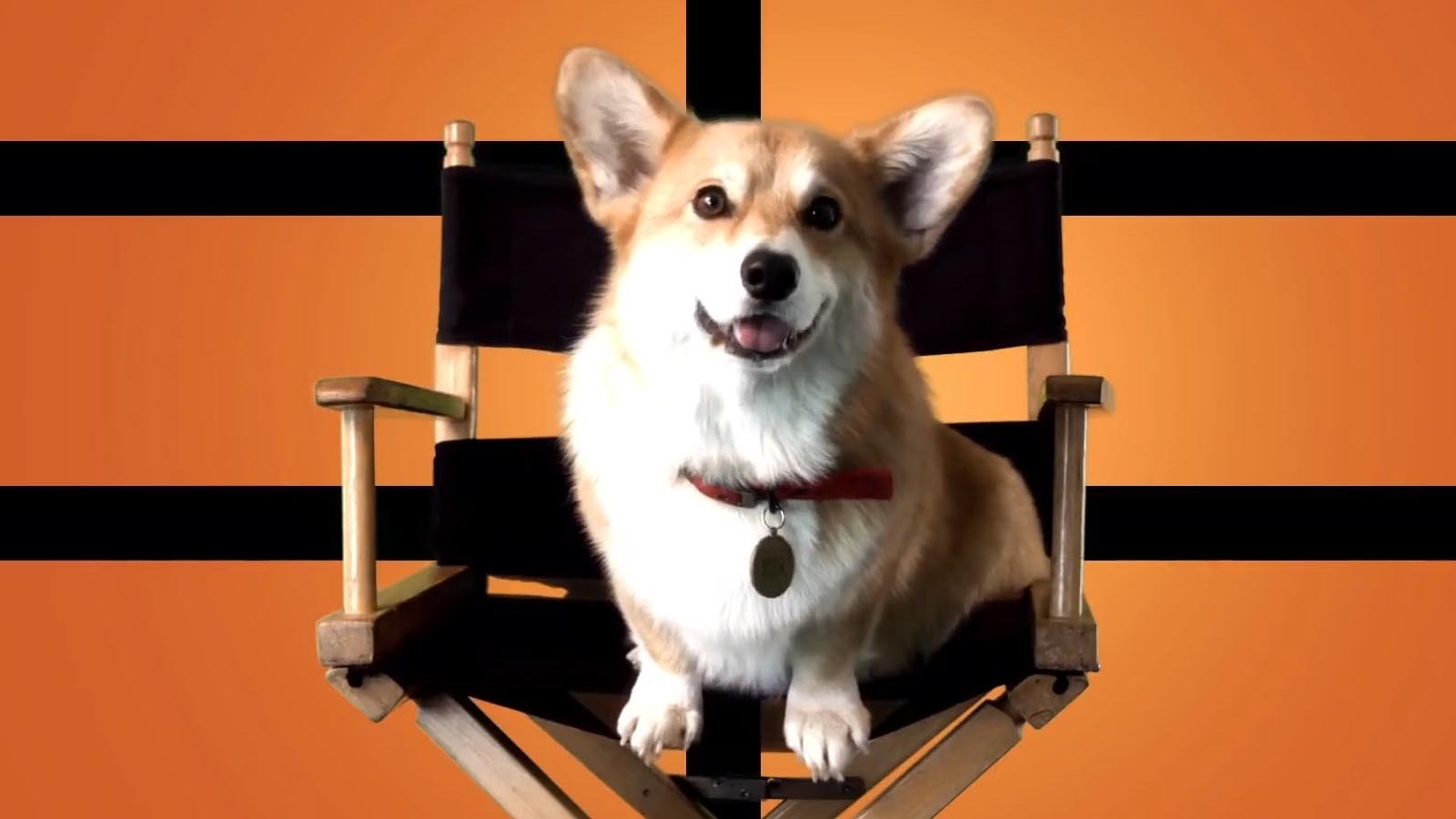 Abilities/Skills: Ein often shows heightened awareness of events going on around him and it has been hinted in the show that his brain has somehow been enhanced. 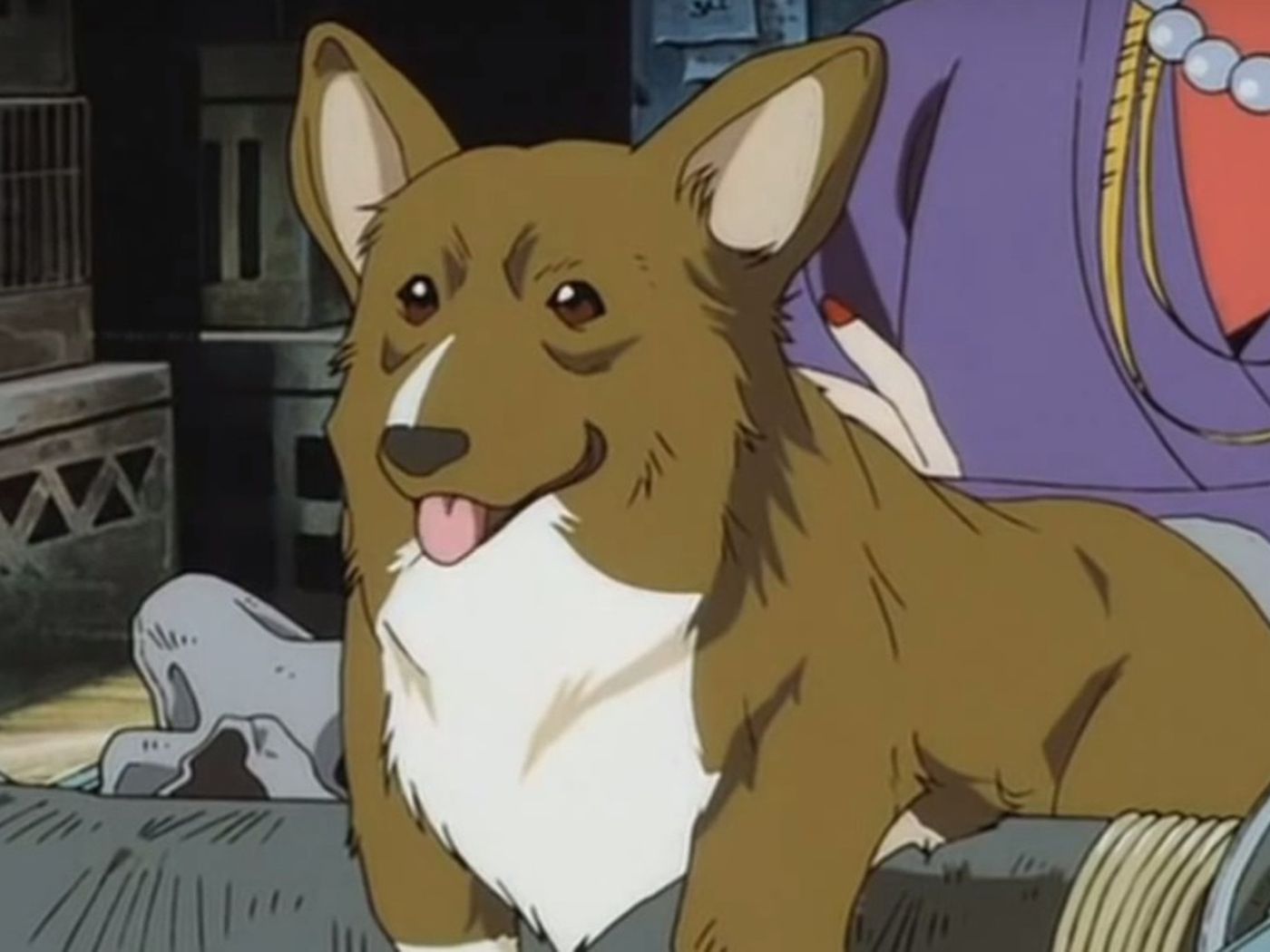 Ein is the Pembroke Welsh Corgi brought aboard the Bebop by Spike after a failed attempt to capture a bounty who grows fond of Spike despite the latter disliking animals in general.  Over the course of the original series, Ein is able to answer the telephone, steer a car, play shogi, and generally is able to perform tasks that an average canine would not be able to accomplish.

Abilities/Skills: Ed is the intelligent and extremely gifted tech expert and hacker from the group. 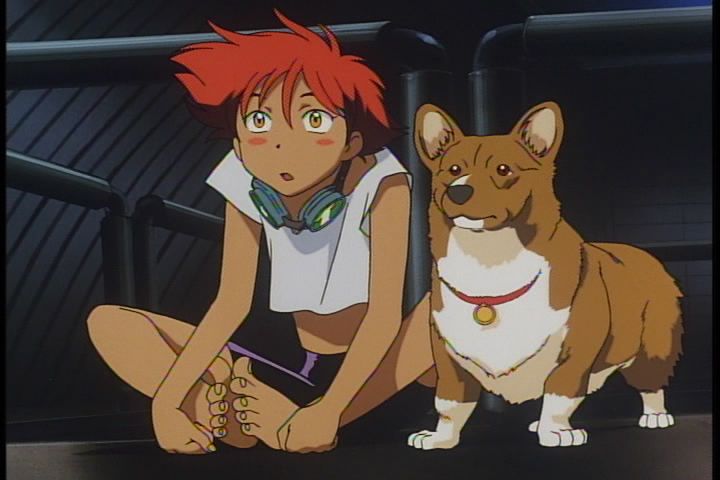 Rounding out the crew is Edward Wong Hau Pepelu Tivrusky IV or Ed for short, who is the resident and elite hacker prodigy from Earth. Do not let the name fool you for Ed is actually an extremely intelligent teenage girl claiming to be around 13 years of age. She is very strange and somewhat androgynous. Ed’s generally carefree attitude and energy act as a complement to the more solemn and dark aspects of the show. As of writing, it has not been confirmed if Ed or a variation of her character will appear in the Netflix series but fans are definitely clamoring to see this quirky character. 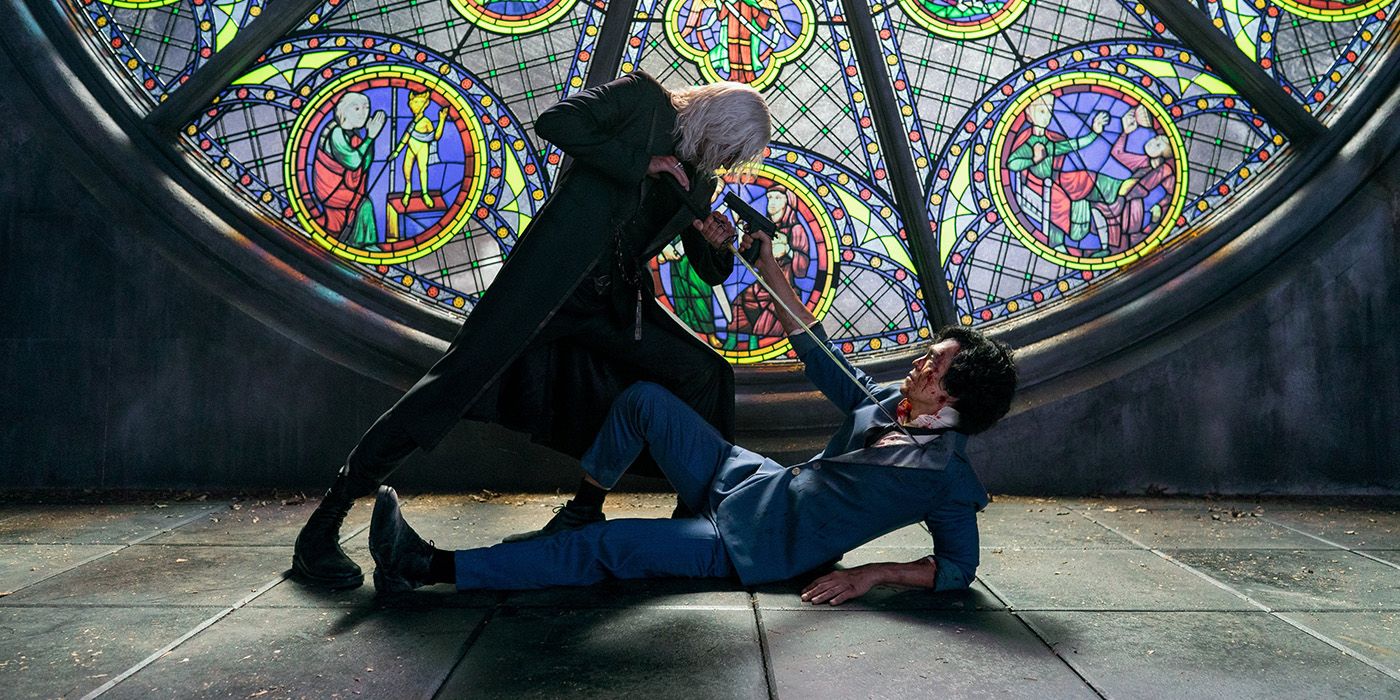 Some of the other characters who will be crucial to the story are Vicious and Julia just to name a few. Vicious played by Alex Hassell, is Spike’s arch-nemesis. He is a ruthless, cunning, and power-hungry member of the Red Dragon Crime Syndicate in Tharsis who eventually uses such lust for power to become the head of the syndicate. His weapon of choice is a katana which he wields skillfully, even against gun-wielders. Julia played by Elena Satine (Revenge), on the other hand, is a beautiful and mysterious woman who was initially Vicious’ girlfriend and a Syndicate member herself. Julia and Spike would later start an affair that led to Spike offering to abandon the Syndicate and elope with her.  The complicated love triangle between Spike, Vicious, and Julia is one of the intriguing storylines in the series that adds depth and complexity to the story. 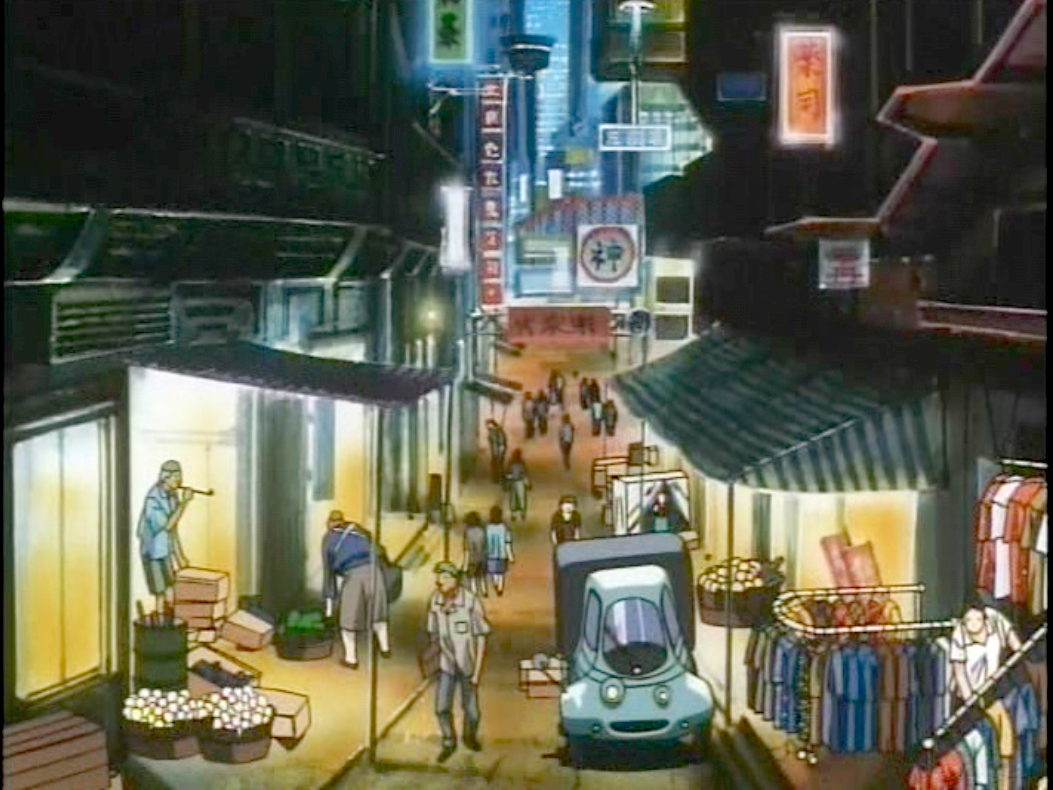 The themes and overall mood are truly unlike anything that has been released all due to the elements and various genres that the show was able to incorporate. The genre in itself is a culmination of science fiction, western, and noir films or shows — providing a much-needed throwback for viewers of varying ages. There is also a beautifully ladened musical scoring or theme throughout the entire show that somewhat resembles the treatment that was done for Guardians of the Galaxy. All of these elements weave together a unique experience that touches all of our senses. In regards to the themes on the other hand the story is able to dive deep into existential questions and even tackle mental health issues at some points that serve as a great juxtaposition to the overall fun and exciting adventure that the entire story arc takes us on. 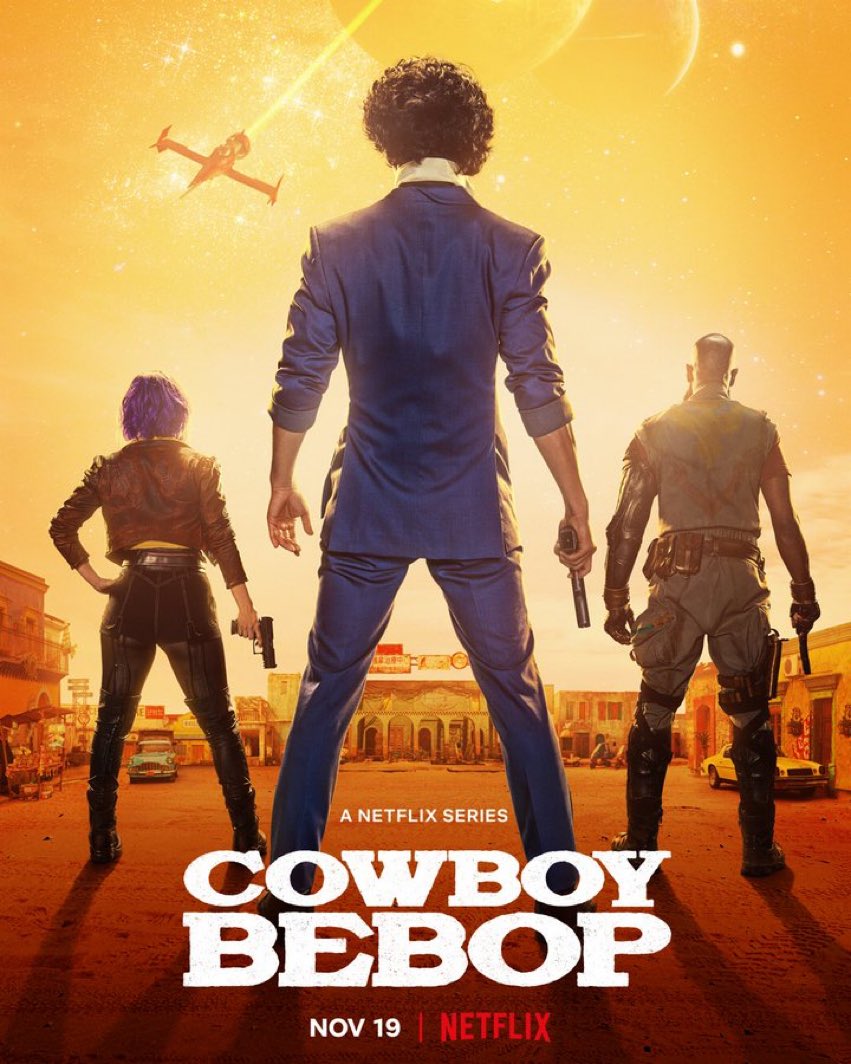 Truth be told, any new live-action spinoffs or retelling can bring about either excitement or apprehensions for fans of the source material. No matter which side of the spectrum you stand in, however, Cowboy Bebop still stands as one of the must-see shows for the year. It all goes back to the success of the original show which critics have hailed as one of the greatest animated television series of all time. These are truly huge shoes to fill for the showrunners, directors, and cast of the live-action series but we are extremely excited to see how this version will breathe new life into this classic story.

Add Cowboy Bebop to your list of must-see shows as it drops on Netflix this November 19.

For more on anime: