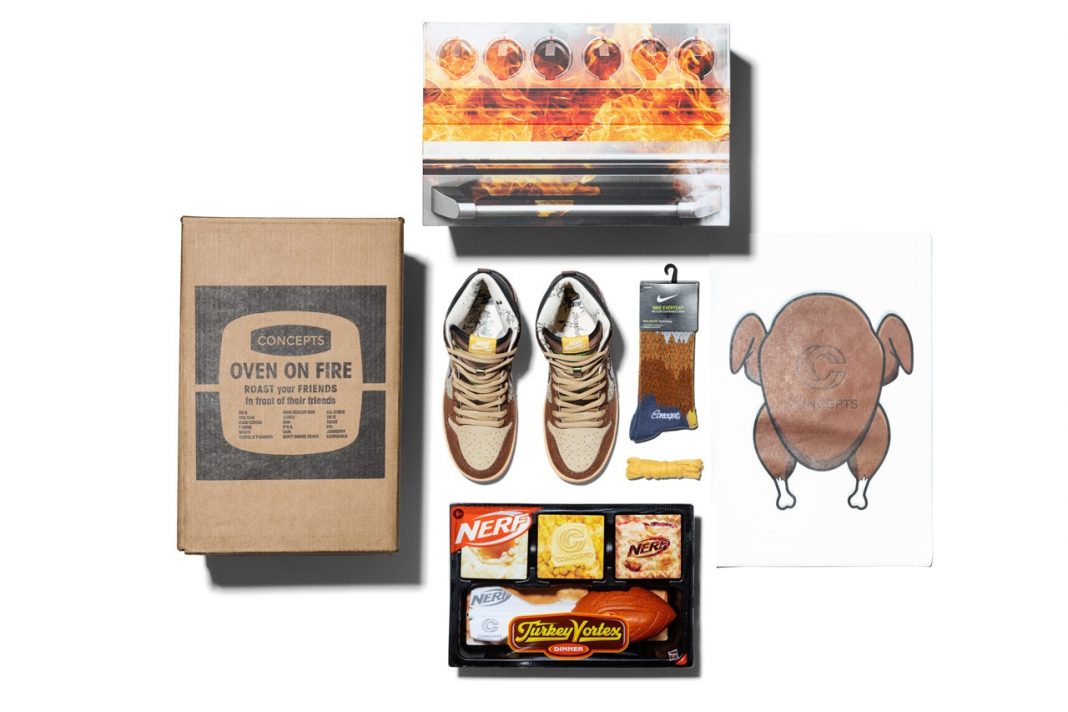 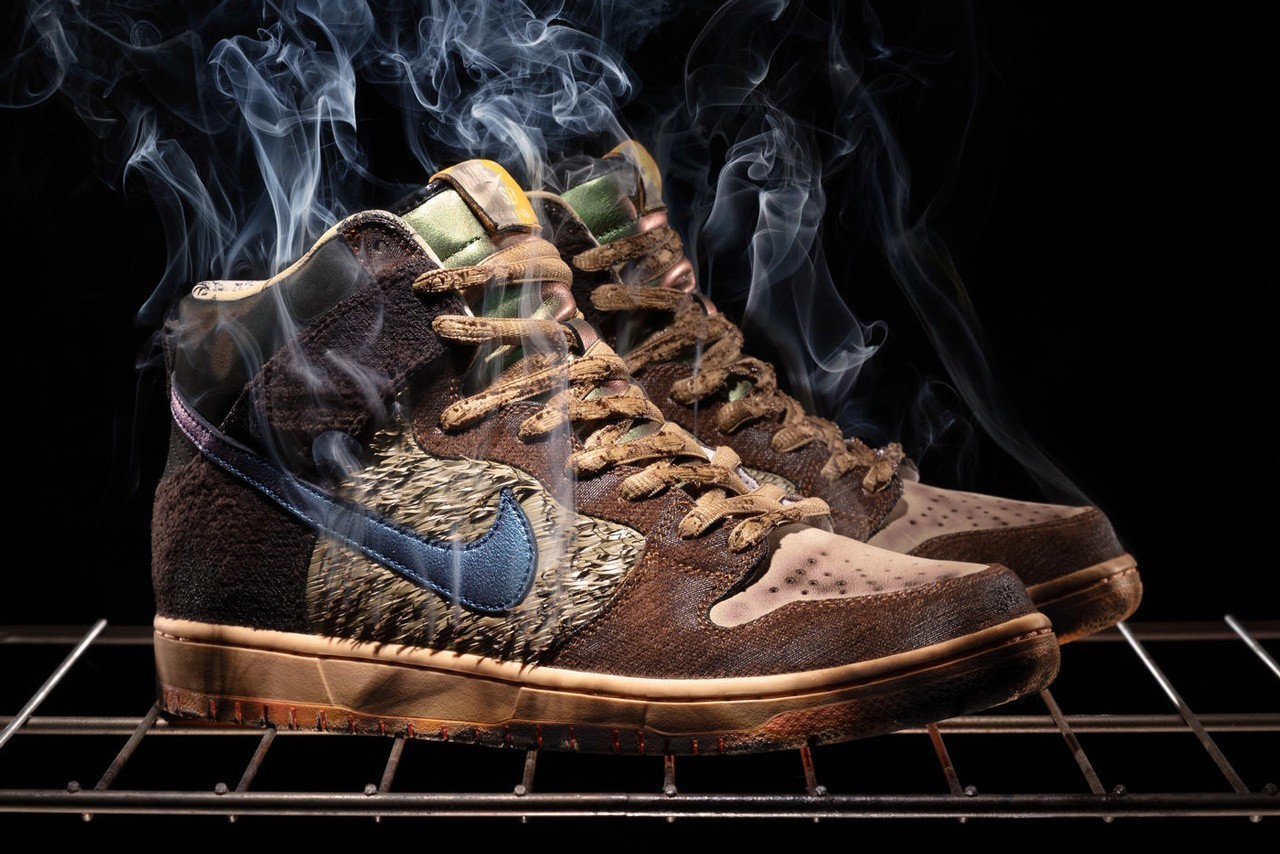 Known best for the “Lobster” Nike Dunk SB, Concepts has become one of the most iconic shoes under the Nike SB Label, the two are up in arms once again this time for a fun collab- the SB Dunk High “TurDUNKen.” 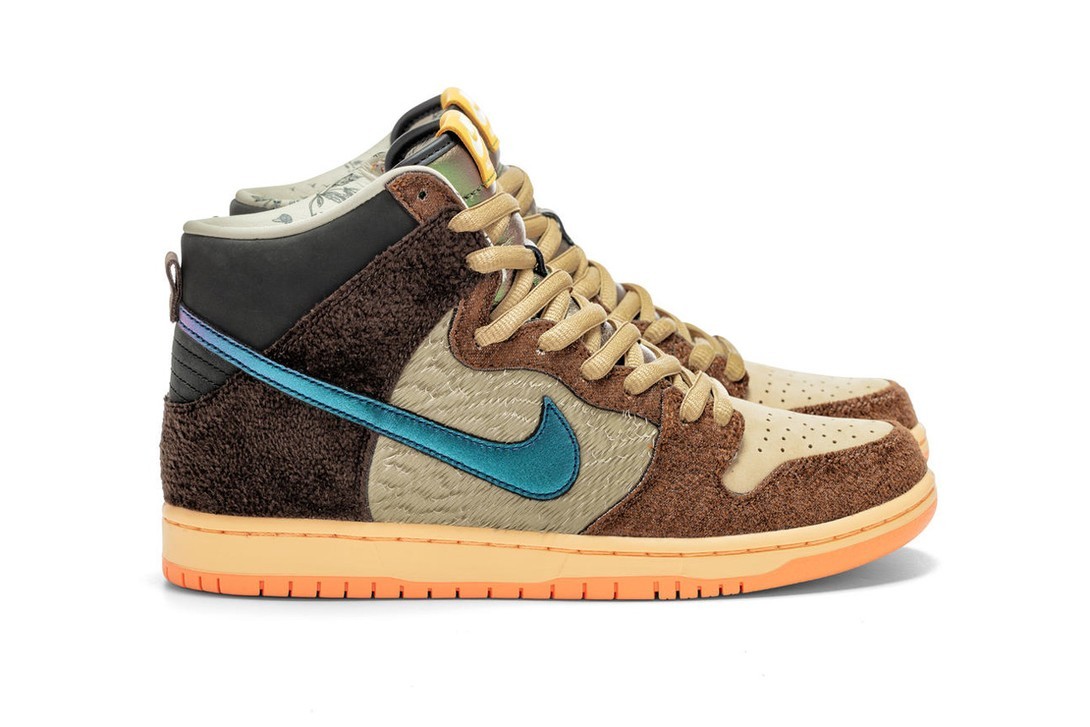 If this had been a standalone collab, it would have been questionable, but the two have been coming up with off-kilter efforts like 2012’s “When Pigs Fly” and 2015’s “Holy Grail”- their themes are extra creative yet on strat.

“We’ve definitely never taken ourselves too seriously. We’re well versed in sport. We come from luxury. But, the thing with us that always gets overlooked is our sense of humor. We love to have fun,” Concepts Creative Director Deon Point said. 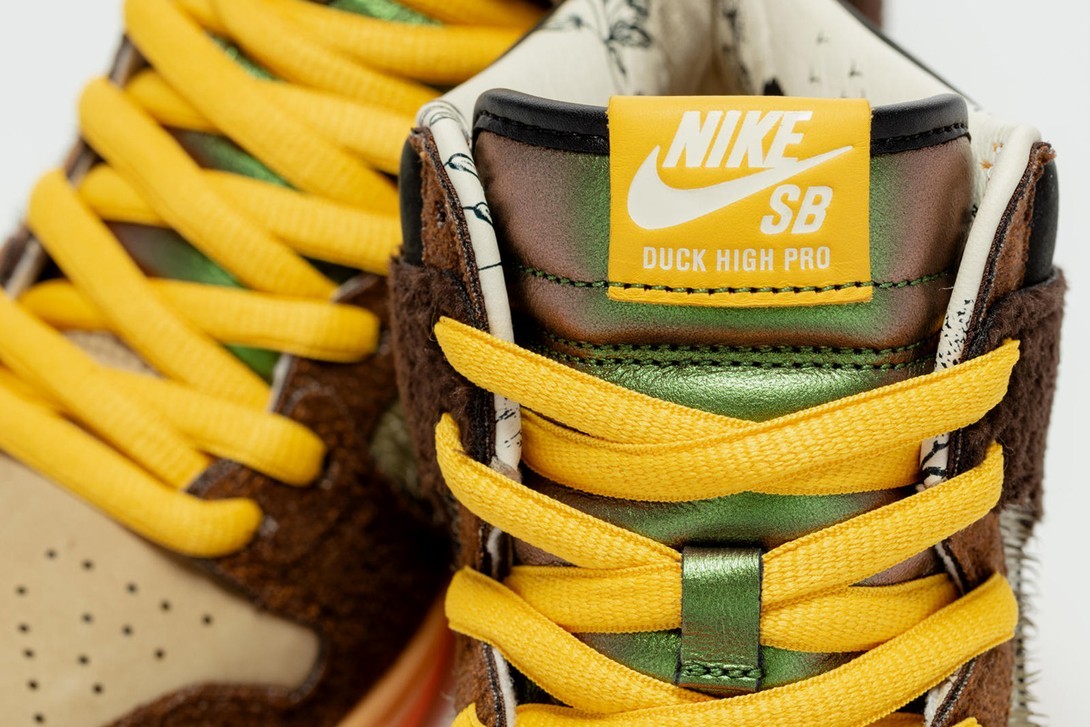 Another funny element to it is the altering of the label to “Duck High” which sends a nice comical twist to the affair!

The shoes are rounded out by some nice clothing offerings that include socks, a jacket, a t-shirt, and a beanie. 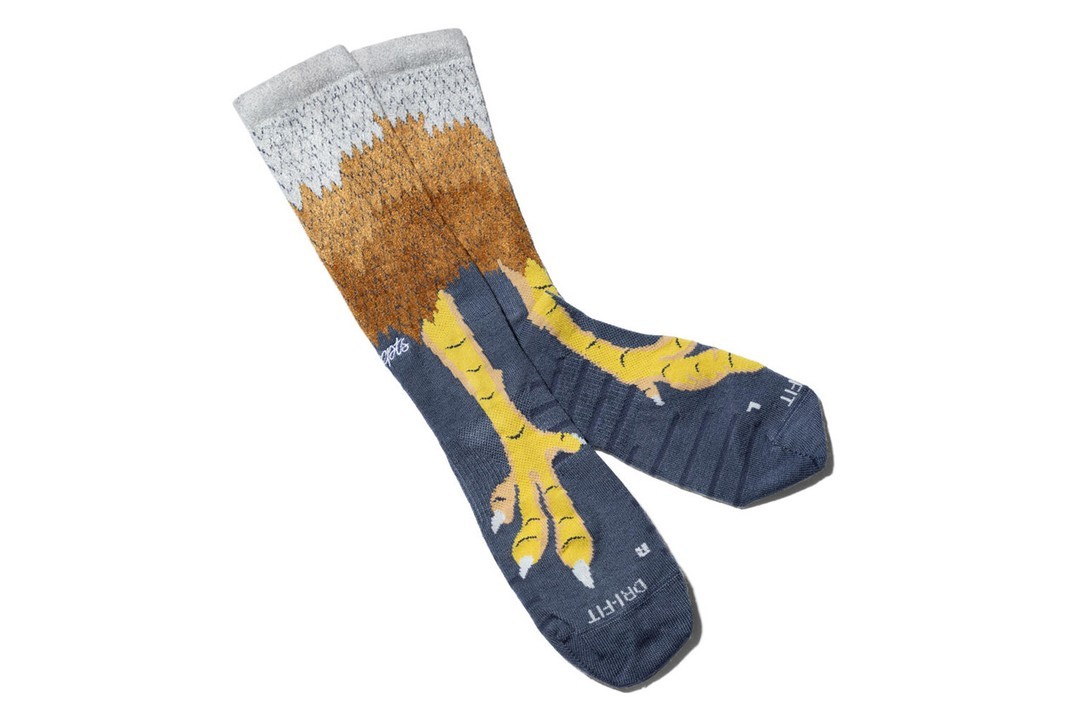 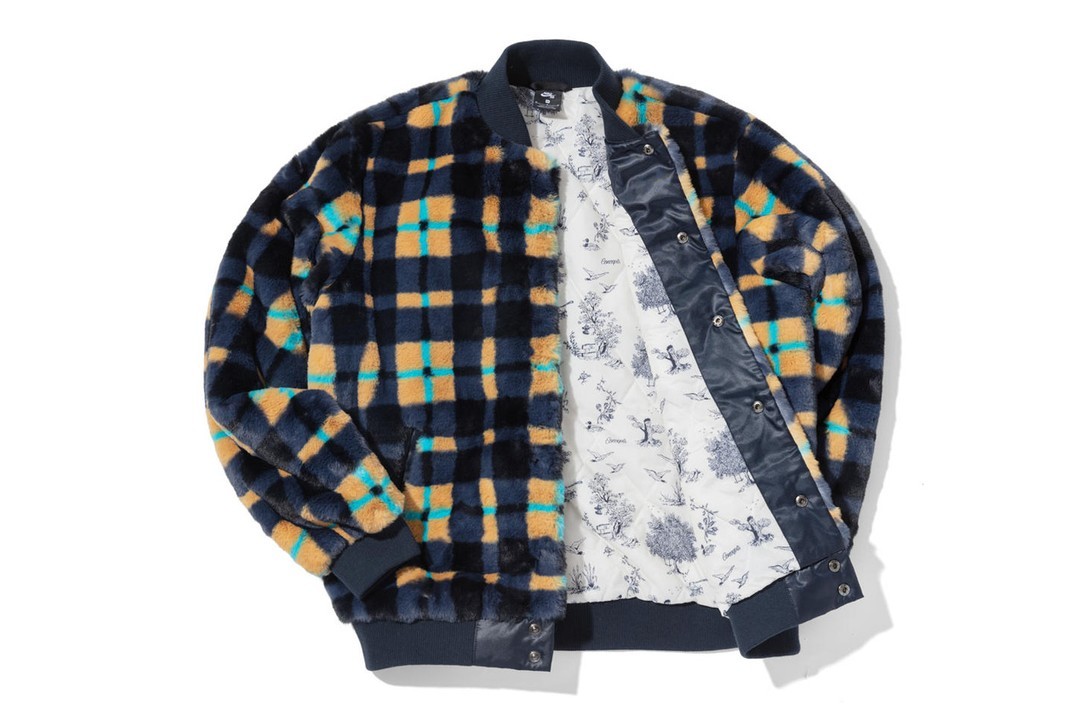 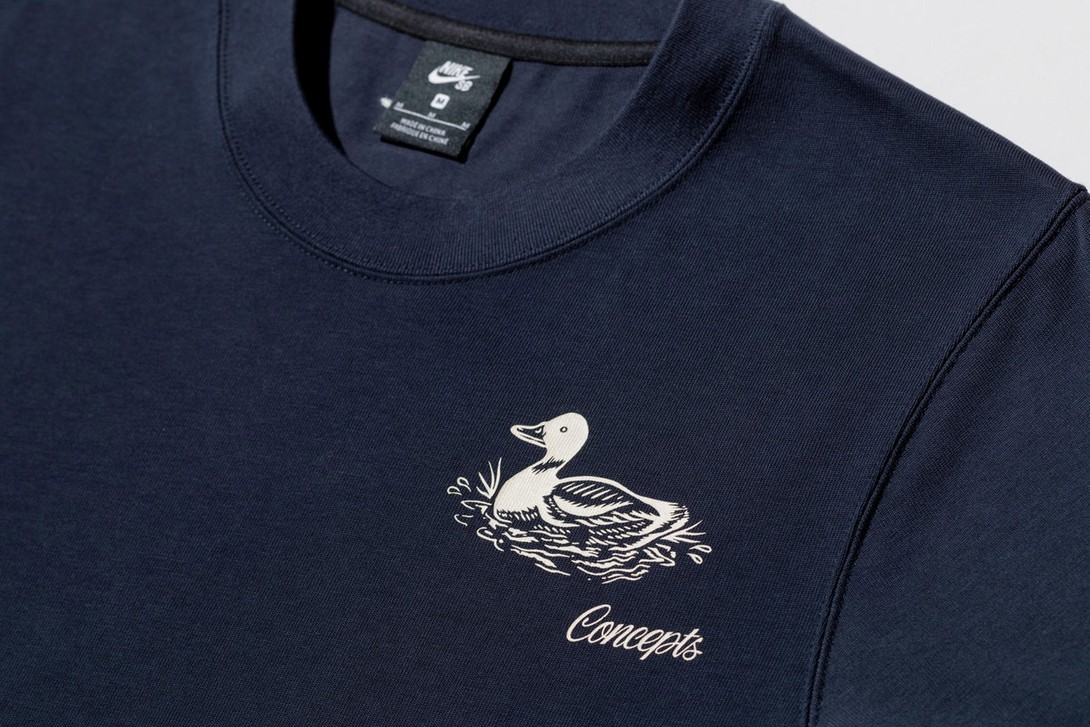 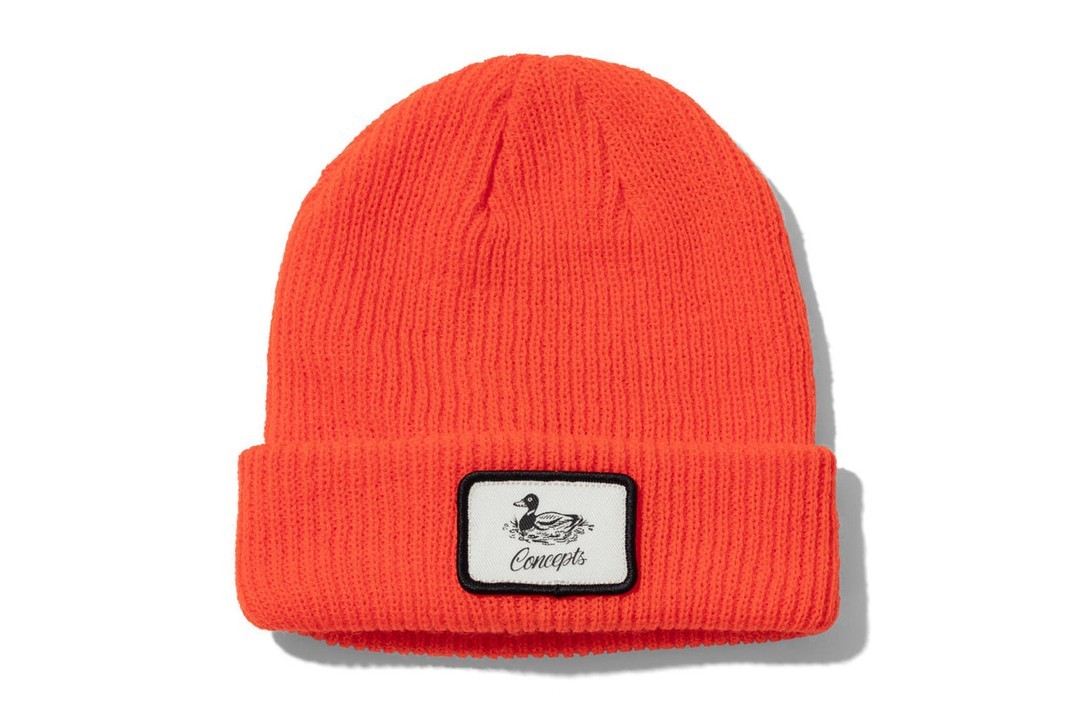 The collection is inspired by the hybrid turducken — a tasty combo of turkey, duck, and chicken meat, as popularized by American football announcers. The “TurDUNKen” visually takes inspiration from the mallard dunk, where you get a sly mix of brown suede with a sandy toebox. Laser-cut detailing on the quarter panel is also present. The tongue give off a color-changing hue with swooshes that feature both shimmering blue and green similar to a mallard’s feathers. 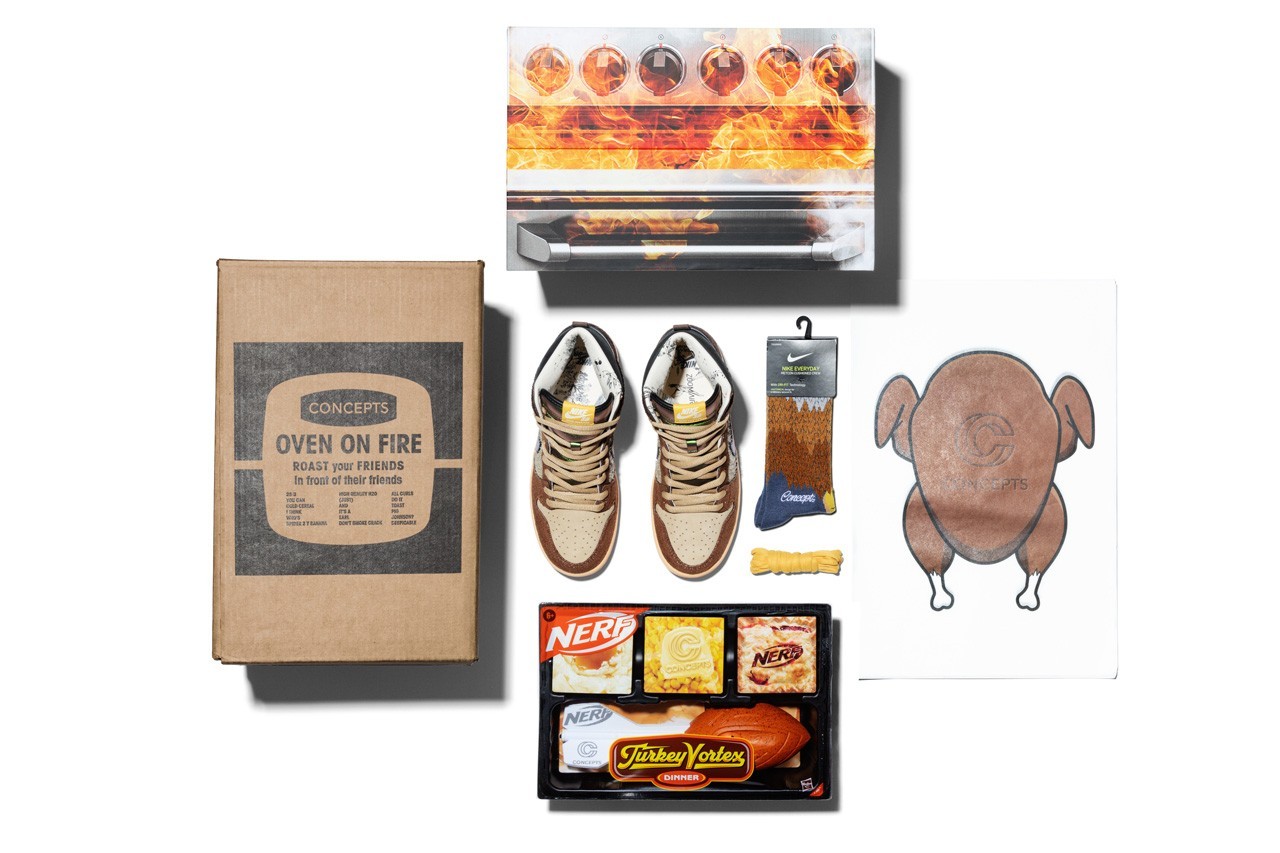 If you think these collabs are sick, wait ’til you see this new collab by adidas X BAPE X UNDFTD.