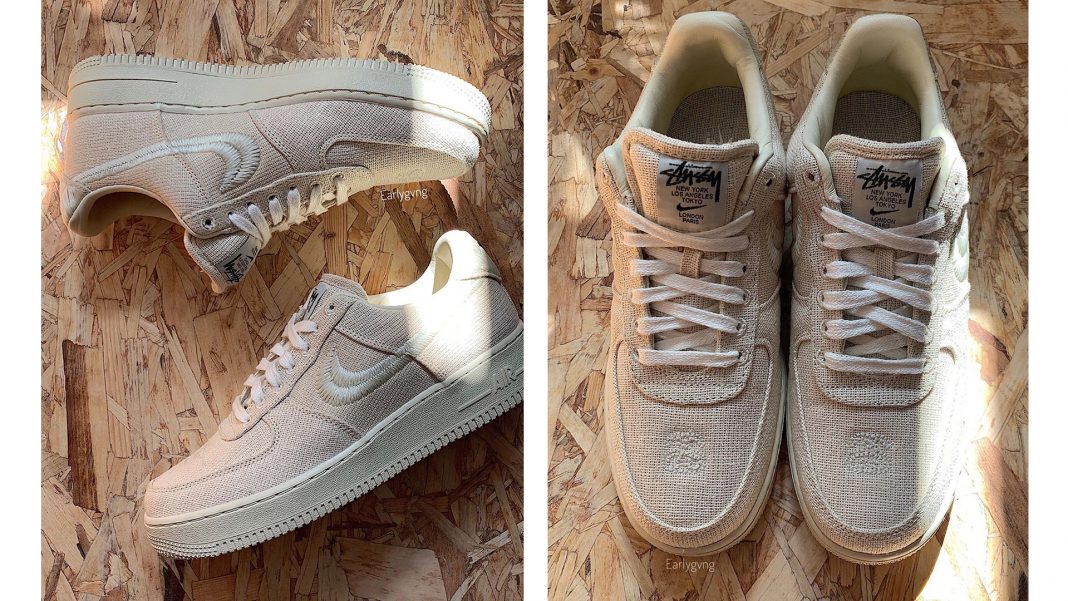 Looks like Stussy is keeping itself busy with a myriad of Nike collabs this year. After seeing the return of the Zoom Spiridon Cage and a hybrid Spiridon Kukini, along with various Nike x Stussy merch that includes Stussy-branded Benassi slides, the two are working on a third pair. 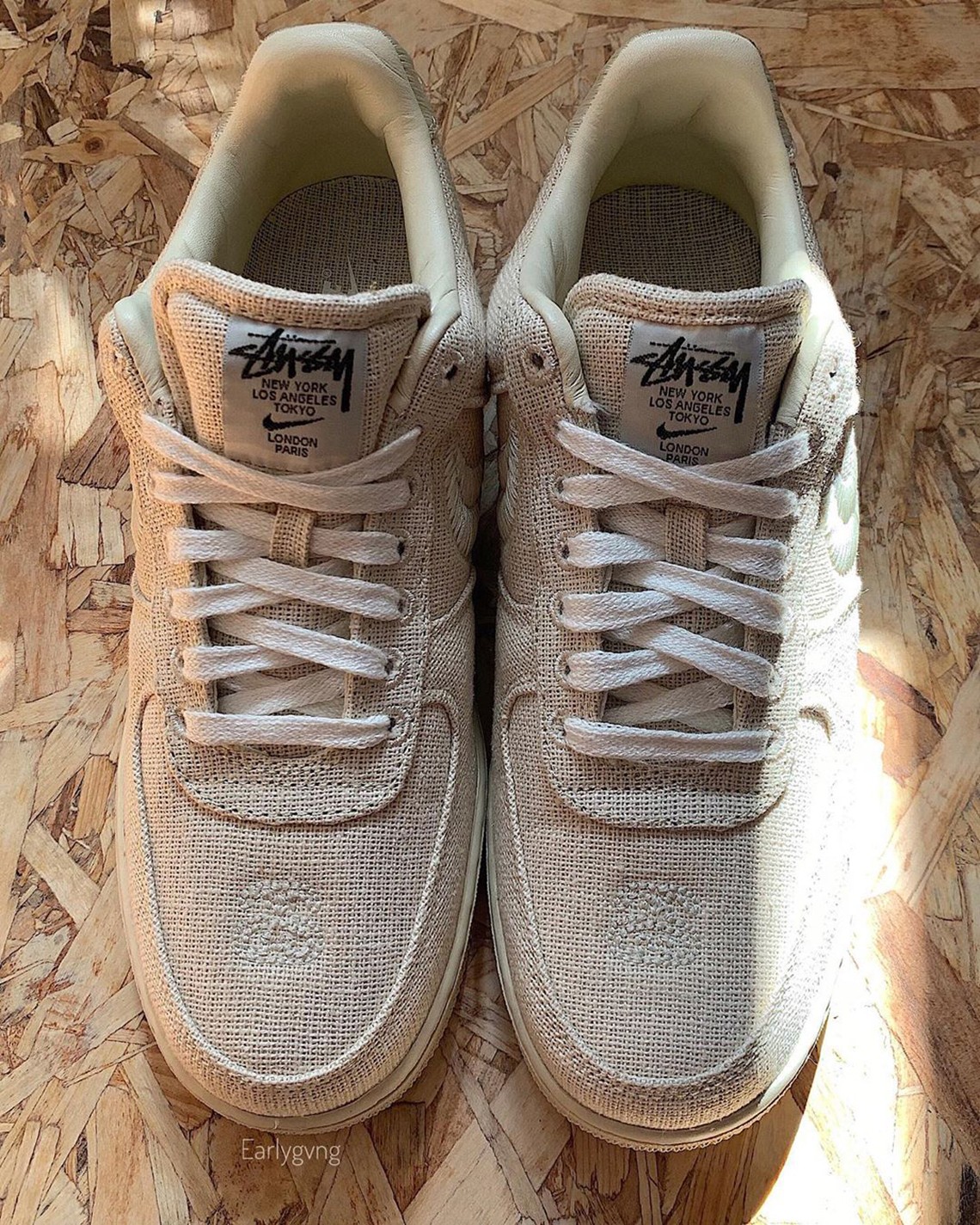 Utilizing the Air Force 1 Low silhouette this time, this upcoming model is similar to the “Fossil” Zoom Spiridon Cage with its beige raw hemp upper, You get Stussy’s logo embroidered on the toebox, along with an embroidered Swoosh to match it. The sneaker has a beige cup sole to give it a monochromatic look, and the tongue sports an updated Stussy World Tour logo that incorporates the Swoosh in it.

The insoles also get a similar raw hemp treatment, while the sock liner appears to be using tumbled leather—indicating that this will be one premium pair of Air Force 1s. 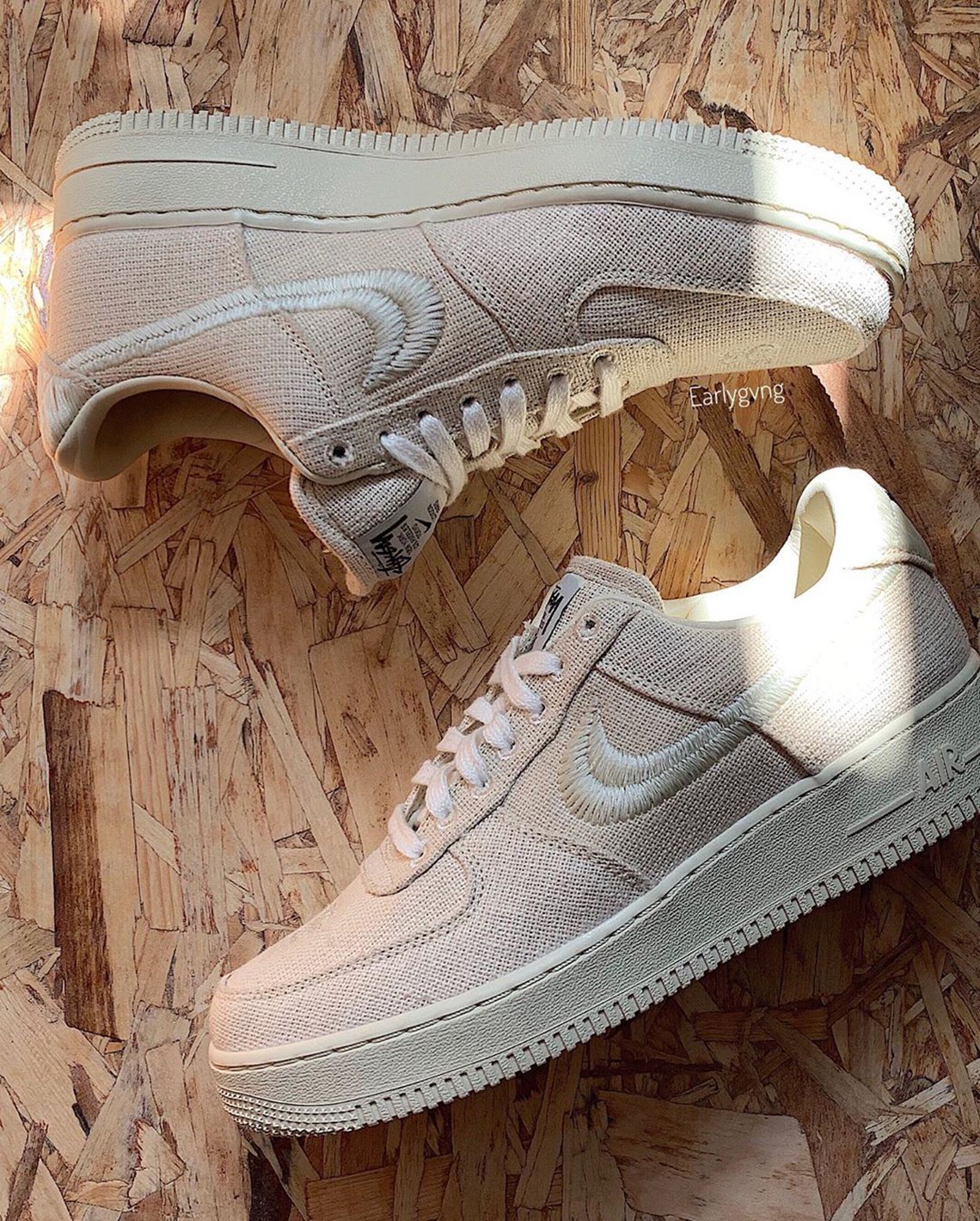 There’s no word yet as to when they will officially drop, so stay tuned to the site for updates. Speaking of Air Force 1s, check out this video on the “Korea” Air Force 1 Lows: