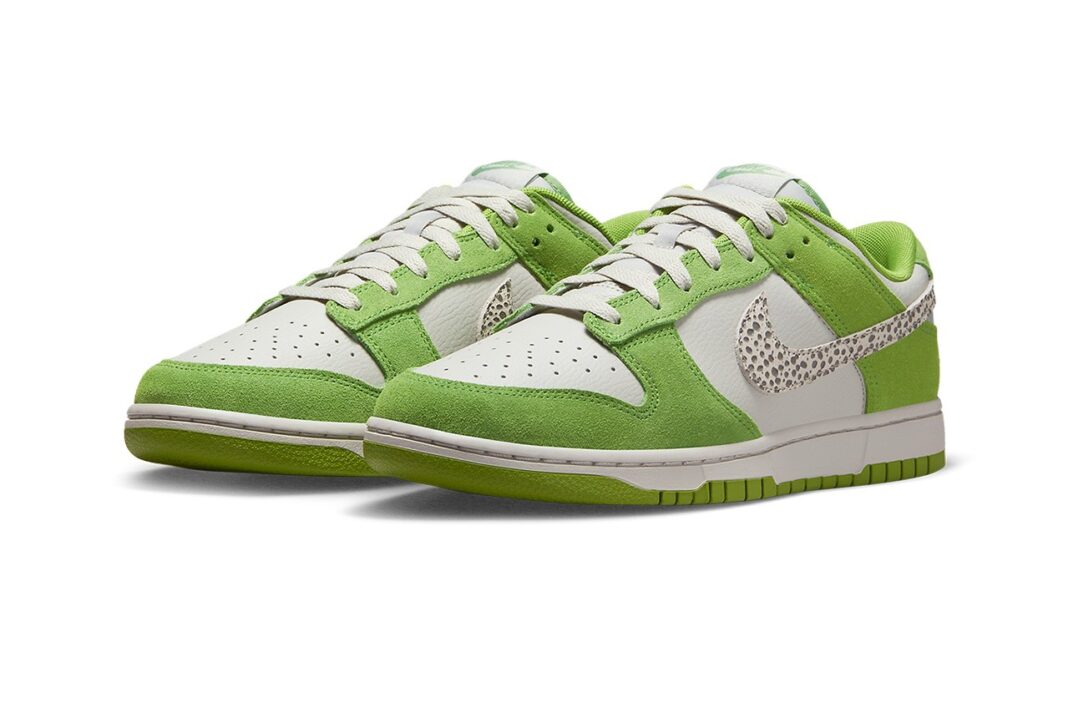 The Dunks are not slowing down anytime soon despite reports that 2023’s It sneaker for the Swoosh will be the Terminator. There are countless new (and retro) colorways that are scheduled to release this 2022, and one of the more interesting ones is this Dunk Low with a Safari print.

Set to be available in Orange (Kunquat) and Green (Chlorophyll), both colorways have a classic color blocking scheme, with cream complementing the various panels of the upper and the midsole. The unique touch on both Dunk Low colorways is the Safari print on the Swoosh–which is a nice design tweak for any pair of Dunks in 2022.

The Safari print is a staple design from the Swoosh, marking its origins from the late 80s by legendary Nike sneaker designer Tinker Hatfield.

Aside from the usual Nike branding, the leather used on both pairs seems to be more premium than usual–a closer look at these renders reveals that they appear to be using a mix of pebbled leather and suede for the uppers.

There’s no word yet as to when both colorways will release to the public, but we do think that they might be a general release pair–so copping one might be easy.