Whether we talk about his work with Louis Vuitton, Nike, or adidas, Kanye West definitely made an impact. While people may have different opinions—some of them even criticisms about his designs—there’s no question that Kanye has made an influence in the fashion industry, despite starting off his career as a musician.

While Kanye has been focused on upscale, high fashion designs, he’s planning to do things differently. Recently, The New York Times reports that Kanye West signed a deal with GAP for a new clothing line called Yeezy GAP. Slated to launch in the second half of 2021, the line is said to “create modern, elevated basics for men, women, and kids at accessible price points.” What does that mean? Kanye is changing directions by focusing on fashion that is more accessible to everyone.

The deal, which is said to be a 10-year deal, aims to strengthen GAP’s revenue especially at a time when the brand is struggling through the fashion industry—made worse by the COVID-19 pandemic.

Why is this deal noteworthy? Because it fulfills Kanye’s goal of making his products accessible to everyone—a promise he made when he started working with adidas for his Yeezy brand. Through this deal with GAP, Kanye is not just making his designs more accessible, but he is focusing on more essential pieces—ones that people can wear on a daily basis, like how GAP lives up to its branding.

“I believe that things can be simplified. We’re over inundated with everything and now we have the opportunity to readjust and focus on the essential and the simple things,” Kanye said in an interview with ID, where he and Pharrell Williams talk about doing things differently in a post-COVID-19 scenario.

Is Kanye—whose designs are usually for the high fashion crowd—is ready to tackle fast fashion? That’s the big question that needs to be answered. If Kanye plans to make a new line under GAP, he has to find a way to differentiate his high-fashion works from fast-fashion works—just like how Alexander Wang did it with Uniqlo.

This will definitely be a new territory for Kanye, of which he can’t use his current strategy with adidas to make his Yeezy GAP line a success. Remember—GAP’s audience is very different from Kanye’s target market with adidas. Even if Kanye did work for GAP during his early years, actually designing pieces for GAP to fit their current target market is a different story.

Whatever Kanye has in mind, he might be able to give GAP the Midas touch it needs to revitalize itself as a fast-fashion brand, just as how his brand helped adidas rake in profits. After all, Kanye’s dream was to be the “Steve Jobs of GAP”—and that will soon be a reality. 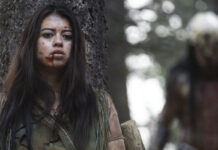