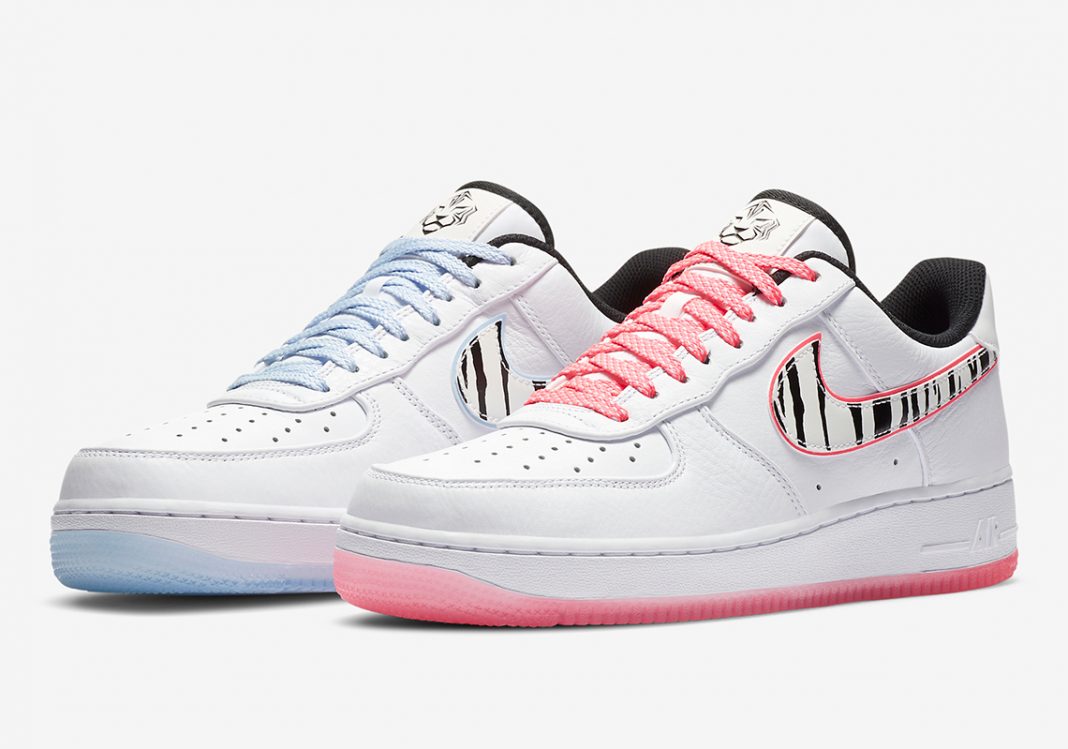 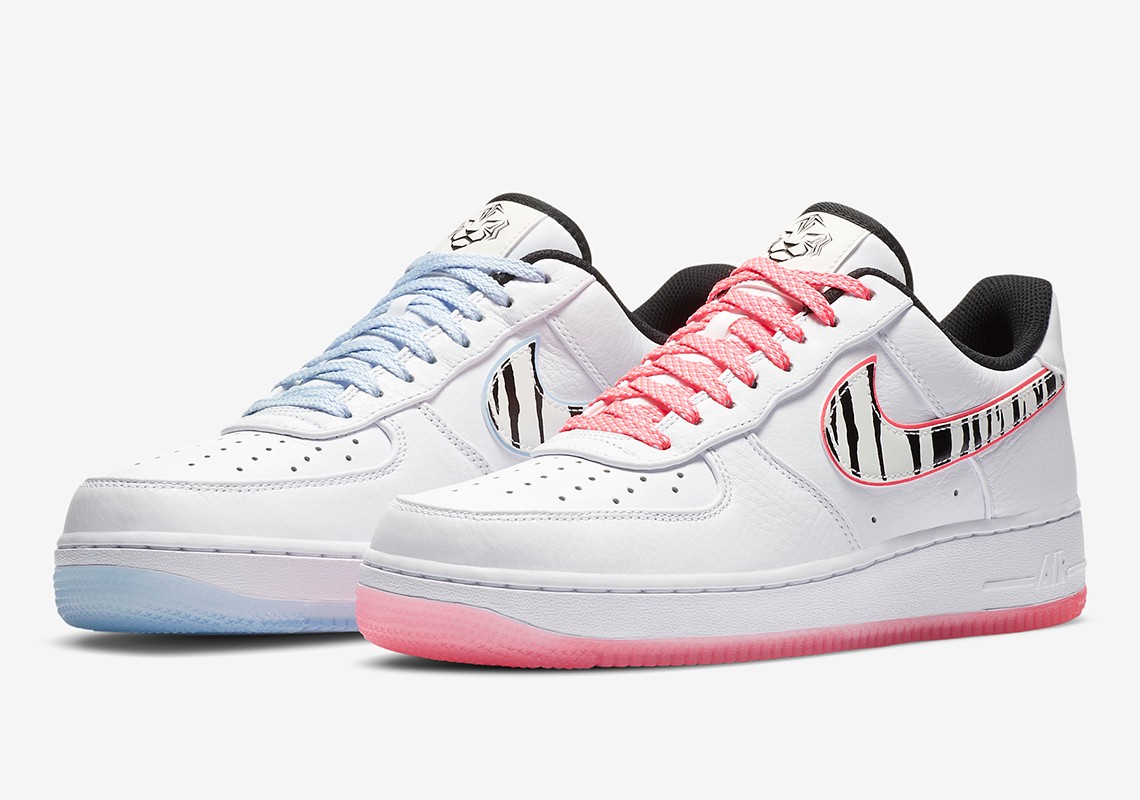 If the Korea Prestos are a bit too wild for you, Nike revealed that they will be giving the Air Force 1 Low a similar but subtle treatment.

Sticking to a dominant white upper, the Korea Air Force 1s have tiger-striped Swooshes and mismatched color accents for the laces, Swoosh accent, and outsole: light blue for the right pair, and light pink on the left pair. 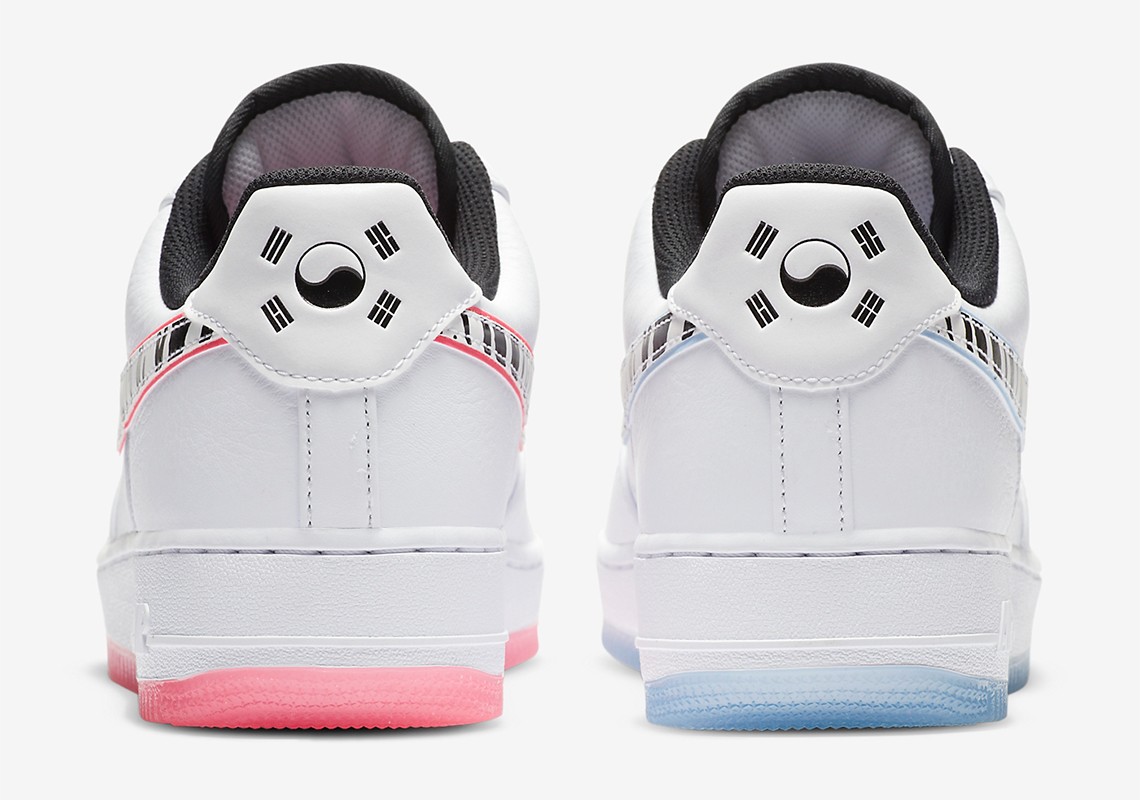 Like the Prestos, you get Korea’s flag on the heel tab. Korea’s lion logo adorns the tongue tags.

While this pair is relatively subtle on the outside, the insoles are another story: aside from bearing tiger stripes, they have both light pink and light blue colors as well. 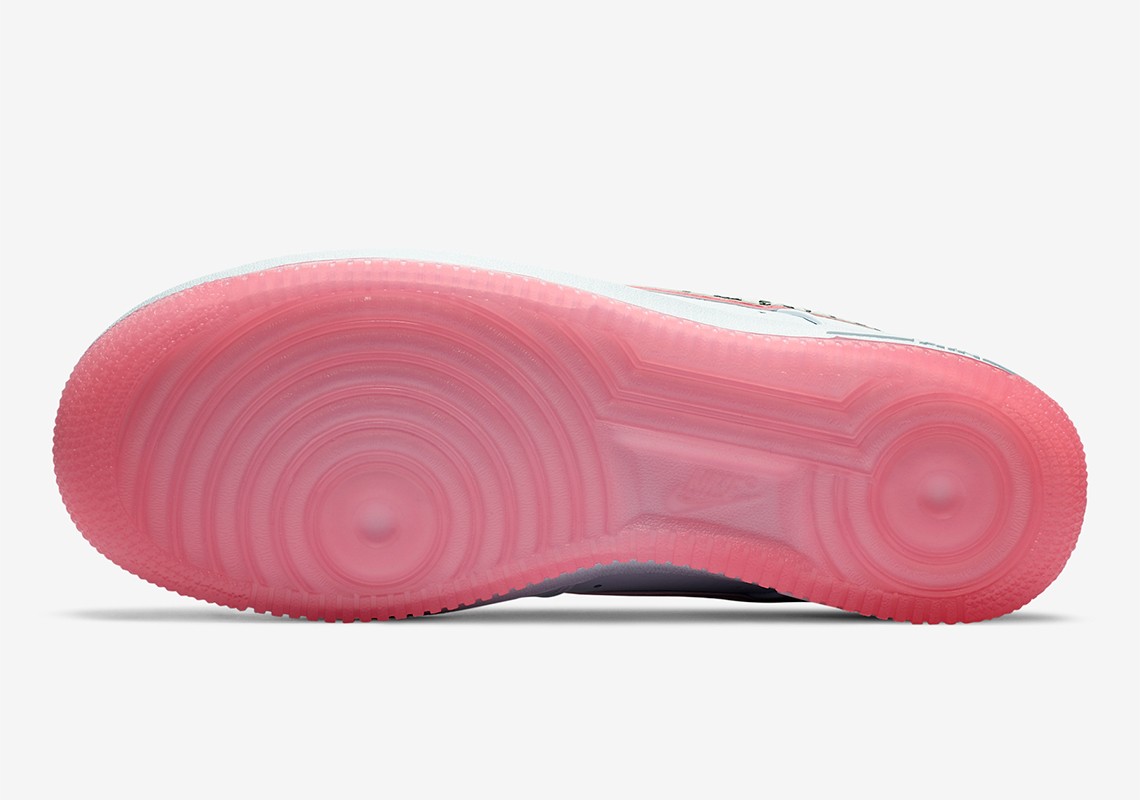 There’s no word when this will drop, but we presume that this and the Presto will release together as part of an upcoming Korea collection.