2021 showcased a plethora of highs in the film industry as filmmakers boasted their creative masterpieces in an effort to regain a resemblance of normalcy. Towards the latter part of this year we, here in the Philippines, experienced a huge milestone as well as cinemas once again reopened their doors for movie patrons. Whether it be through streaming platforms such as Netflix, HBO Go, or Amazon Prime or those that were shown on the big screen, 2021 wasn’t short on amazing content and stories for movie fanatics to enjoy. It may be a daunting task to narrow down the list to a mere 10 selections but despite this, we have done our best to gather This is Hype’s Top 10 Movies of 2021.

Zack Snyder together with Netflix gave us a brand new apocalyptic action flick entitled The Army of the Dead, which dropped early on at the start of the year. Snyder’s persistence in expanding the world-building of his new creation was very much evident when Army of Thieves dropped on Netflix with only a few months shy from its predecessor’s release. Army of Thieves is an exciting heist flick that dove deep into safecracking as Ludwig Dieter is thrown headfirst into the dangerous world of a criminal. Despite being different in tone and pace from the zombie-infested first installment, this prequel on one of the franchise’s most interesting characters provided fun and exhilarating ride from start to finish.

Check out our review of Army of Thieves.

Great stories and great men will all eventually have their curtain call. This year, we all had to finally come to terms regarding the end of Daniel Craig’s illustrious portrayal as James Bond. The final installment of Craig’s James Bond franchise was a fitting conclusion to the actor’s run as the iconic character. No Time to Die brilliantly tied up all loose ends from all the previous films in the franchise while simultaneously giving bond a shot at romance and an opponent which may truly be too much for him to handle.

Check out our review of No Time To Die.

This year was also abundant in musical films such as Dear Evan Hansen, Camilla Cabello’s Cinderella, and even animated shows such as Encanto which gave us colorful stories paired with astounding songs to sing along with. One of the men who continued to shine the brightest in this genre is the musical genius, Lin Manuel-Miranda. In fact, the next two films on our list were either produced or directed by Lin himself. In the Heights is based on the Broadway musical of the same name as it follows the story of Usnavi, a New York bodega owner who dreams of a bigger and brighter life for himself and those around him which they gladly proclaim through dance and musical numbers.

In yet another Lin Manuel-Miranda masterpiece, tick, tick…BOOM is the musical prodigy’s directorial debut. The film tells the story of Jonathan Larson, another musical genius who wrote the titular musical that is based on his early years as a writer, as well as the Broadway, hit musical, Rent. We follow Larson’s journey as a struggling musical writer as he traverses through the difficulties of finding inspiration and funds for his first-ever Broadway musical show. If this wasn’t hard enough as it is, the film also shows how Larson’s passion for the arts eventually takes a toll on himself and on the relationships that he has with the people closest to him.

This satirical dark comedy is the brainchild of Adam Mckay, the director of hits such as Anchorman and The Big Short. Don’t Look Up doesn’t just boast a huge and phenomenal cast of A-lister actors and actresses but its story truly takes center stage. It goes beyond just entertainment or a source for good ole comic relief but it’s a very bold and intellectual statement. It centers on two astrologists who discover a comet whose collision with Earth will bring about the end of all life on the planet. If this discovery wasn’t scary enough, the quick realization that the dissemination of such information which is immediately prevented by politics, media, and capitalism is the true horror behind Don’t Look Up. It’s truthful by all definitions of the word — providing a social commentary on the true priorities that our world has today while creatively delivering its hard-hitting message in a creative and comedic manner.

Check out our review of Don’t Look Up.

The Green Knight is a 2021 epic medieval fantasy film that is also an adaptation of the 14th-century poem, Sir Gawain and the Green Knight. This film goes beyond being a retelling of a literary classic as its stunning visuals and artistry pair perfectly with its story. The story itself is filled with so much depth and symbolism while simultaneously still becoming appealing for this generation and generations to come. The film follows Sir Gawain (played by Dev Patel), a nephew of King Arthur, who goes on a perilous journey in order to test his courage by battling the Green Knight. Patel also delivers an astounding performance which is just one of the many reasons why this film is worth watching.

Western films have always had a certain appeal to them. It may not be for everyone but there is still nonetheless a unique experience that the simple cowboy life brings. The Netflix film, The Power of the Dog is hands down one of the great movies of this year due to its ability to deliver a very thrilling and gripping story that tackles themes such as love, grief, resentment, jealousy, and sexuality. It honestly has a lot going for itself as a movie from the acting of a phenomenal cast of actors down to the overall direction of the film — proof that when done right, stories have the power to transcend time and make a huge and long-lasting impact.

Kristen Stewart delivers without a doubt, her best performance in the psychological drama, Spencer. Spencer is inspired by the story of Princess Diana as she wrestles with her decision to end her marriage with Prince Charles and in turn, leave behind her life with the royal family. The film is creatively done to showcase mental health issues which are further elevated by its top-notch cinematography, sound mixing, musical scoring, and as mentioned the phenomenal showcase of Stewart’s acting prowess.

Check out our review of Spencer.

Director Wes Anderson (The Grand Budapest Hotel, Isle of the Dogs) returns to direct this anthology film which follows three different storylines as the Liberty, Kansas Evening Sun newspaper creates its final issue after the sudden death of its editor. Anderson proves why he is an amazing director once again by giving viewers an amazing visual experience with a complex and riveting story (or in this case three) that is so engaging and enchanting to watch until the very end. Furthermore, the number of amazing cast members each give an amazing performance which elevates The French Dispatch even more into an astounding aesthetic and artistic masterpiece.

Dune rounds out our list of Top 10 movies for 2021 and fittingly lands itself at the number one spot. With a great cast and phenomenal direction from Denis Villeneuve, this science-fiction epic is transformed into a visual masterpiece that showcases a spectacular story. Despite being a lengthy movie, it still manages to keep its viewers entranced with the progression of its story. There is also the grandeur that Dune provides that is unique to any other film that we have been given this year. With political-related themes at the center of this movie, Dune is able to elevate the sci-fi genre to a whole new level — depicting the endless creative possibilities that can occur when filmmakers step out of the conventional storylines.

Check out our review of Dune. 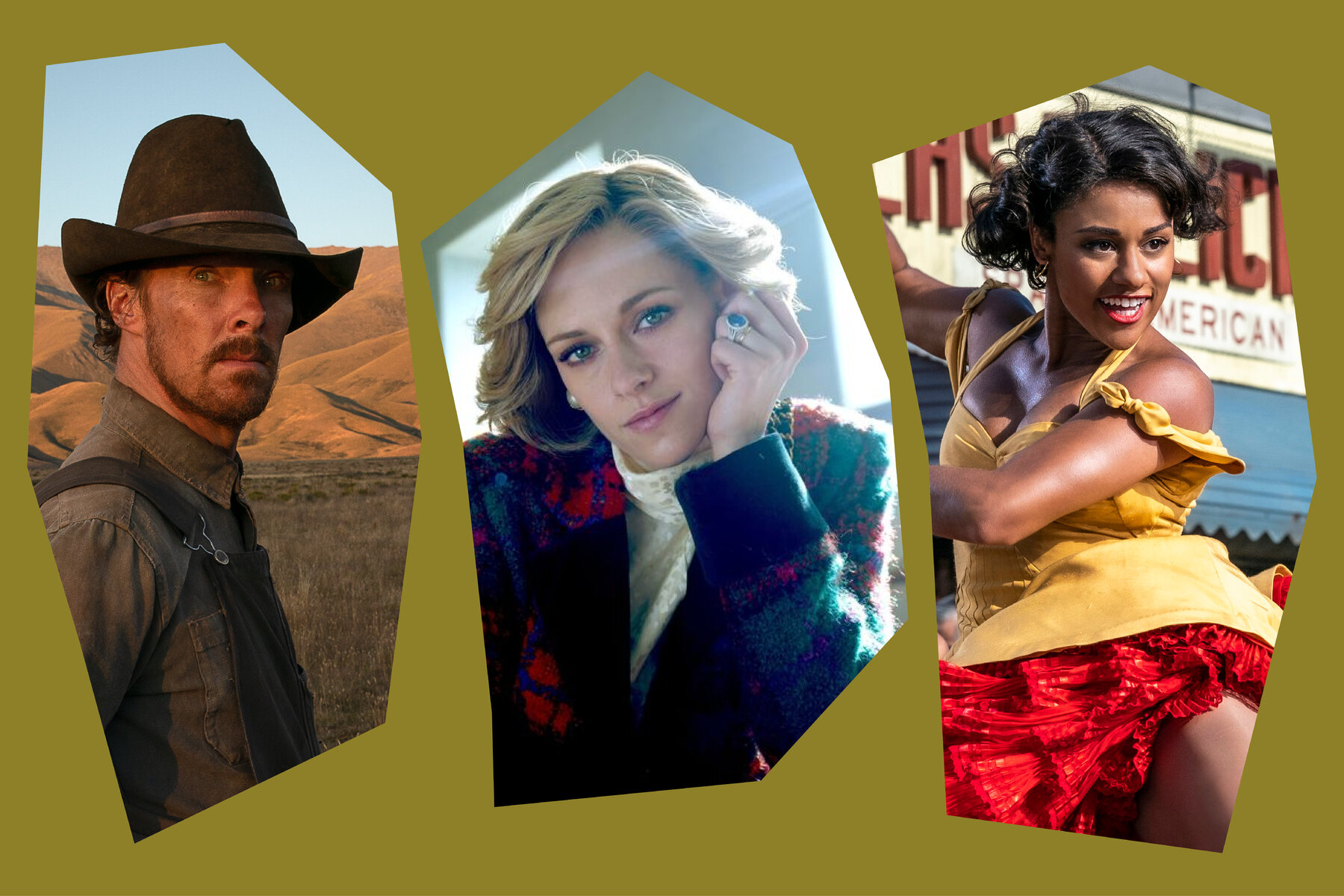 Our Top 10 Movies List for 2021 barely scratches the surface. This year was filled with just an abundance of great films from animated movies, to superhero-themed plots which were amazing to see despite our predicaments. We were also able to enjoy the reopening of the cinemas which all the more showed the power of stories and the film industry specifically in delivering such tales for us to enjoy. Through some of these movies that we chose to highlight as the top 10 films for 2021, we were able to laugh, cry and most importantly learn from great storytellers. We are looking forward to what 2022 has in store which by the looks of it will be another exciting year ahead in the world of movies.