2022 is an important year for Twice: this is the period where KPop groups would struggle with staying together for more than seven years—and Twice was able to break that barrier. Fresh from all nine members renewing their contracts, Between 1&2 marks a new era for the popular KPop girl group. It’s also a stable era for them, with everyone in the group (including Jeongyeon) being healthy and free from health issues.

We took our time to listen to Between 1&2, and we break down in this review about Twice’s 11th mini album and this new era they are in.

If the teasers were not enough to convince you, the music video for Talk that Talk takes on a retro, 80s-inspired vibe that’s being adapted by most musicians nowadays. We were not expecting KPop to adopt a similar vibe completely, and this move by Twice is a testament to their versatility—after all, being in the industry for 7 years is enough for the members to try out new things and go out of the box.

Despite the retro theme, the music video still has elements that preserve the signature identity of Twice. You still have the quirky transitions, emphasis on Twice’s key visual members (emphasis on Sana and Tzuyu), rap lines from Chaeyoung and Dahyun, and Nayeon and Jihyo handling most of the vocals. 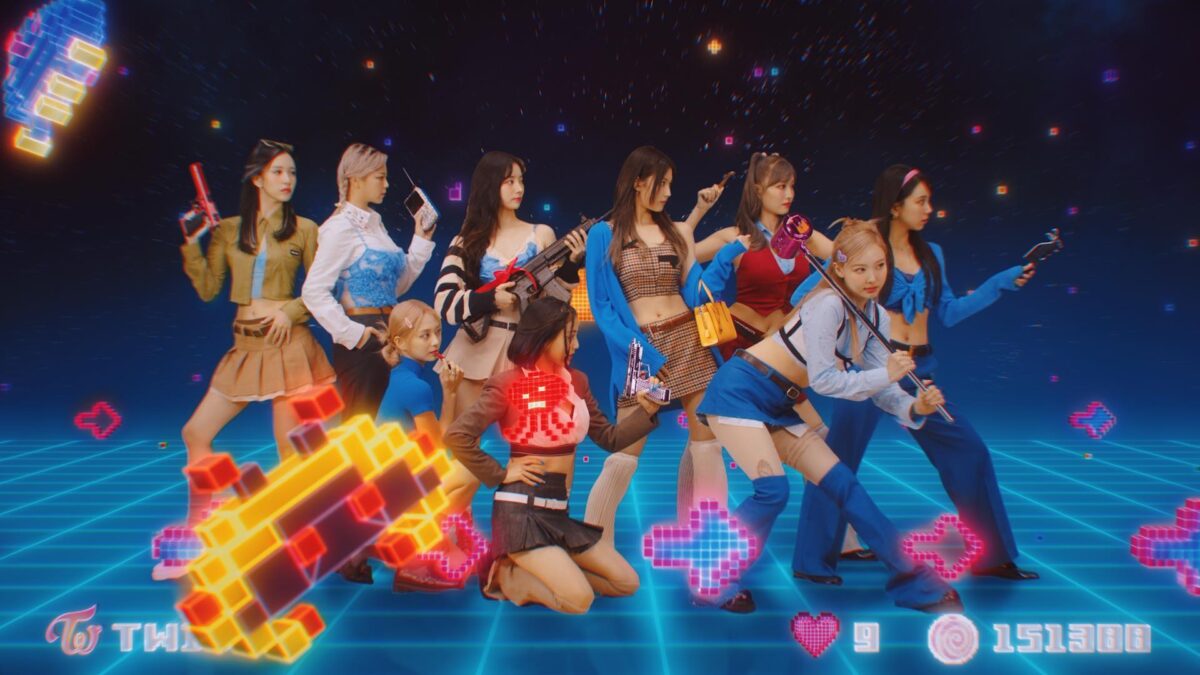 As they are one of the older active KPop groups, the general sound of Between 1&2 is very different from Twice’s previous albums. It’s no longer the bubblegum pop sound that most fans are familiar with—instead, you have a mix of 80s-inspired music with Talk that Talk, Basics, Gone, and Brave, upbeat music with Trouble and Queen of Hearts, and a soft ballad with When We Were Kids.

Unlike with Formula of Love: O+T=<3, fans of Twice will need to take some time to get used to the more Western sound of Between 1&2. We don’t find the change in overall sound as a bad thing honestly; KPop is already a non-niche and global genre, and seeing groups be more experimental with their sound is always welcome–provided that they get it right, which is definitely the case with Twice’s 11th album. 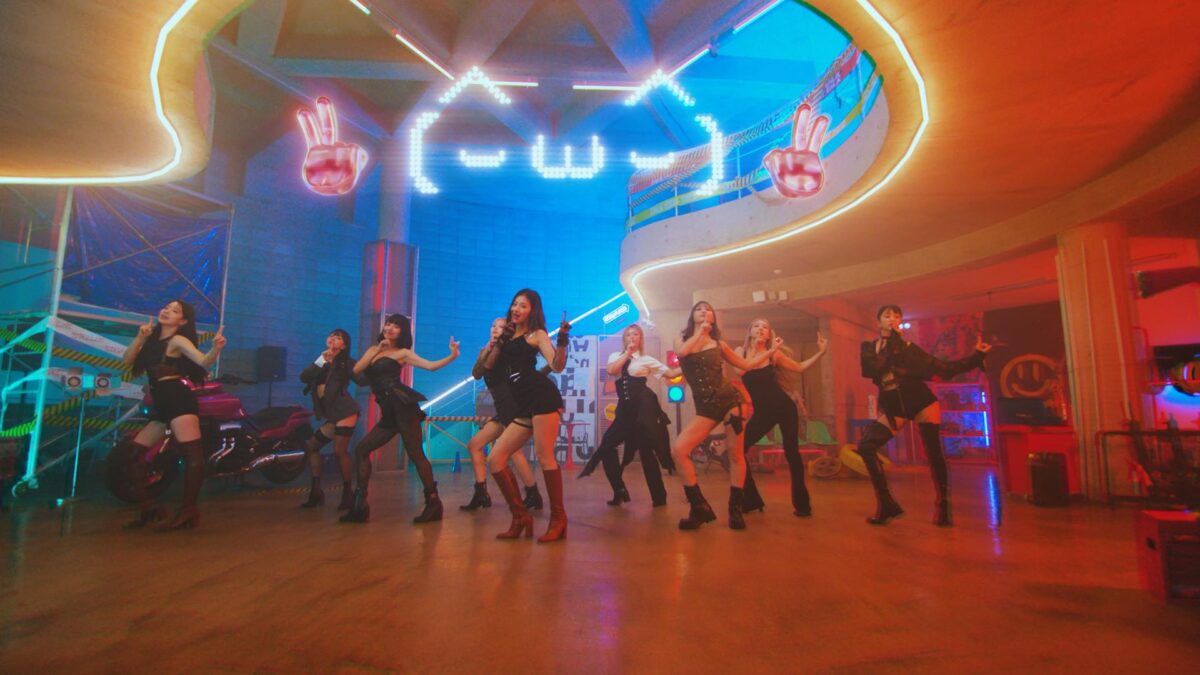 Being their first album after renewing their contracts, we do think that Between 1&2 is a pivotal point for Twice as they transform their overall sound to best represent their respected tenure in the KPop industry. Despite the rise of multiple groups from the fourth-gen era, this album is proof that Twice and other active third gen groups (Red Velvet and Blackpink, to name a few) continue to evolve through their career.

The ballad song When We Were Kids best defines the group’s entry into a new era: that they are no longer young rookies, and that they are setting an example to younger groups on how to evolve. While they are not as established as Girls Generation (who surprised everyone when all 8 members reunited and created a new album to celebrate their 15th anniversary), Twice is on the right path on how veteran girl groups keep their career-long despite KPop, in general, being a very fast-paced industry. 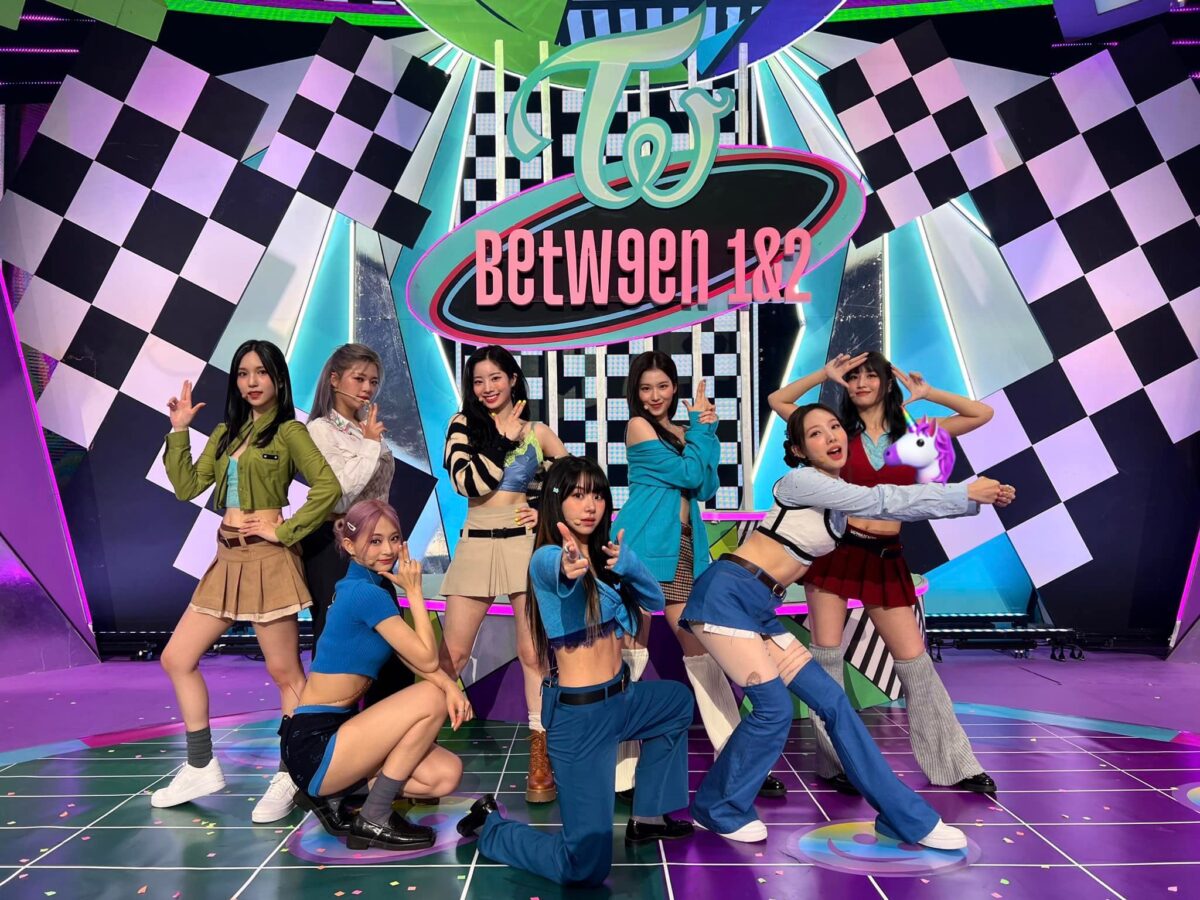 As they officially enter a new era into their career, Between 1&2 is a great representation of what Twice is as a seasoned KPop girl group. A rather notable change in their sound for this album may take a while to get used to, but this is a necessary chance for the group as they continue to evolve into their careers. We do think that this album stands out better than their previous albums (from More&More to Formula of Love: O+T=<3), and Between 1&2 makes us excited about what new things the group has to offer—even if they will eventually start working on their individual projects. 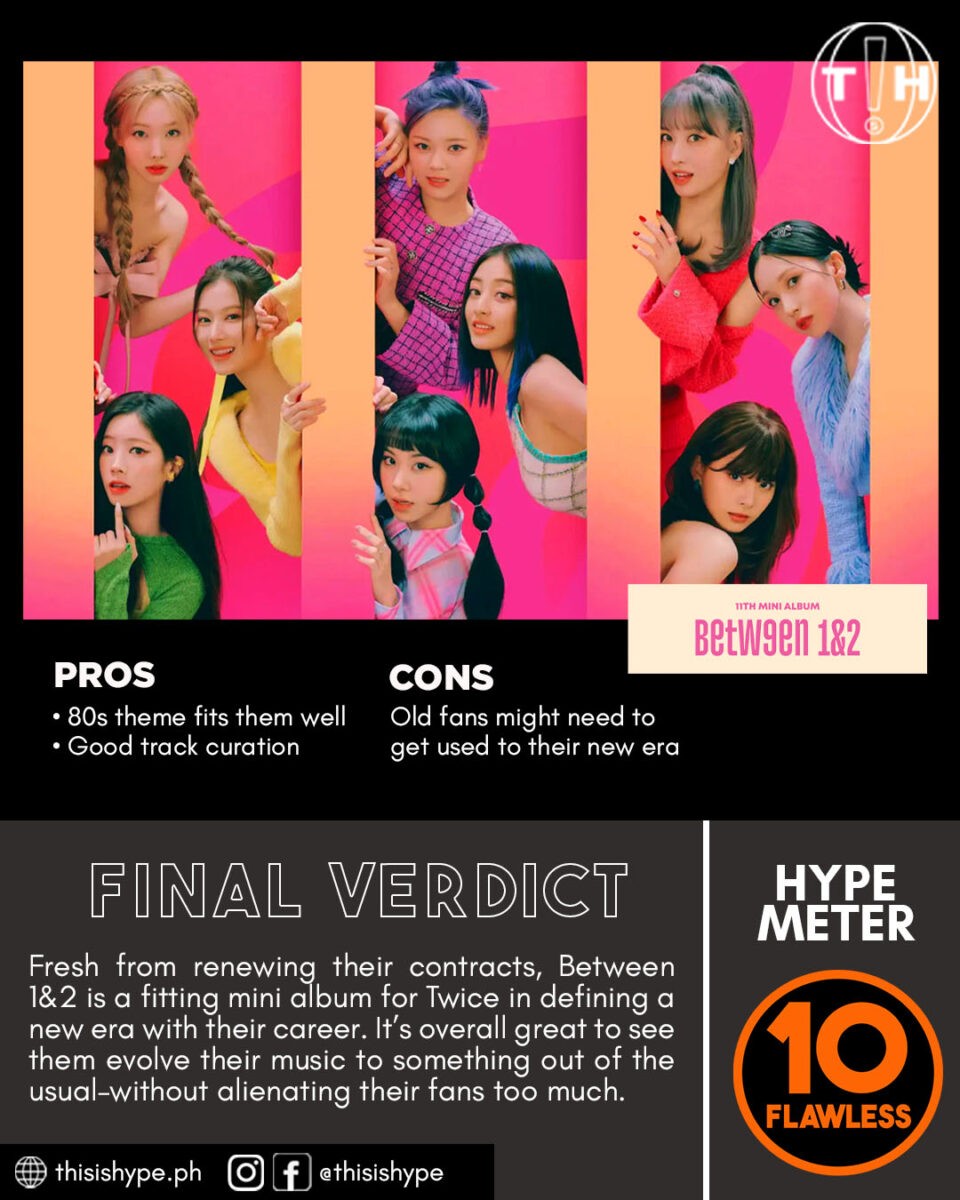 With this, we give Between 1&2 a perfect 10 on our Hypemeter. We really think that this might be the best *mature* Twice era we’ve listened to so far, and we believe that it deserves that perfect score.