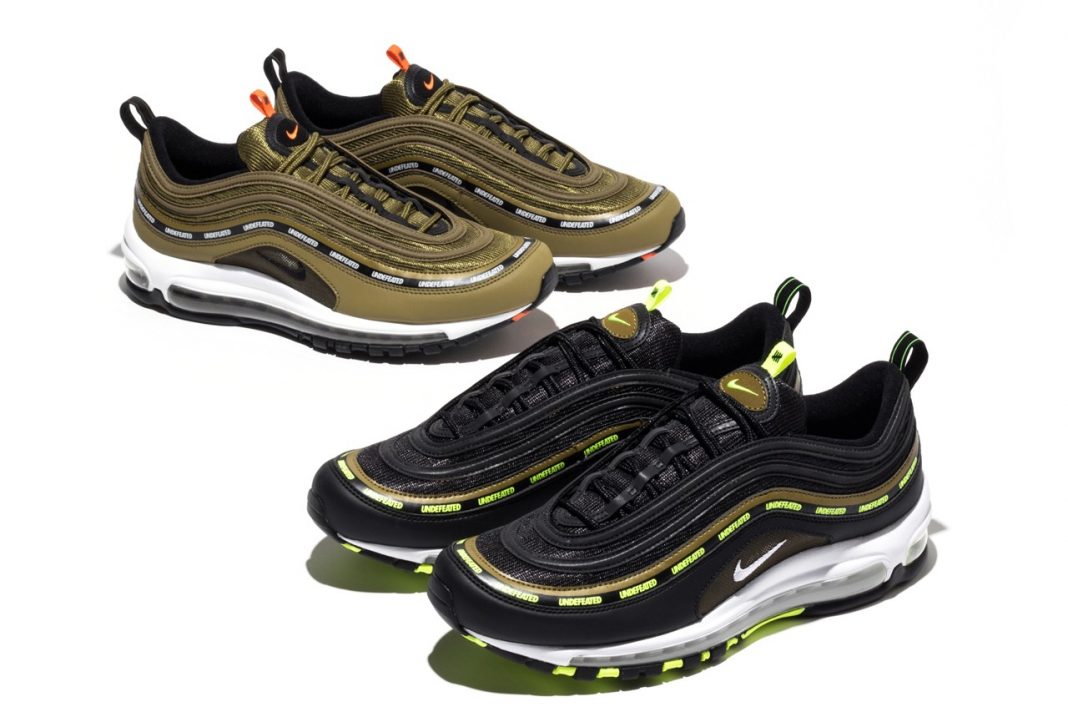 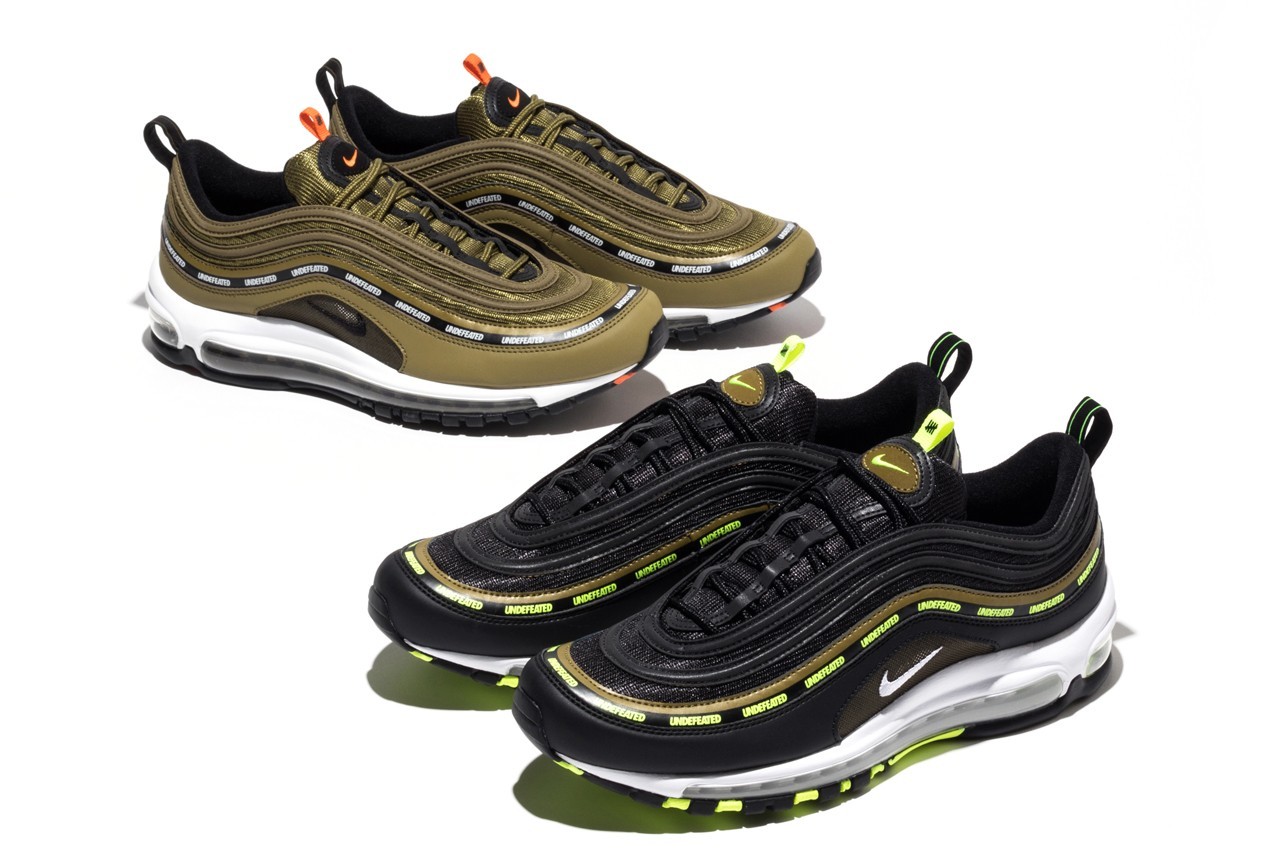 UNDEFEATED is known for a lot of things under their belts, starting out as a streetwear brand with athletic/sports overtones, they have grown into one of the biggest sneaker collaborators for anything cool and relevant. This time, the brand is finishing 2020 real stong by dropping two Air Max 97 collaborations.

The first one is done in a “Black/Volt” style while the other one seems to be reminiscent of a friends and family exclusive from 2017–a remix of the “Flight Jacket” trademark colorway. Both have their respective charms that highlight the 97’s cool details and nicely placed branding. 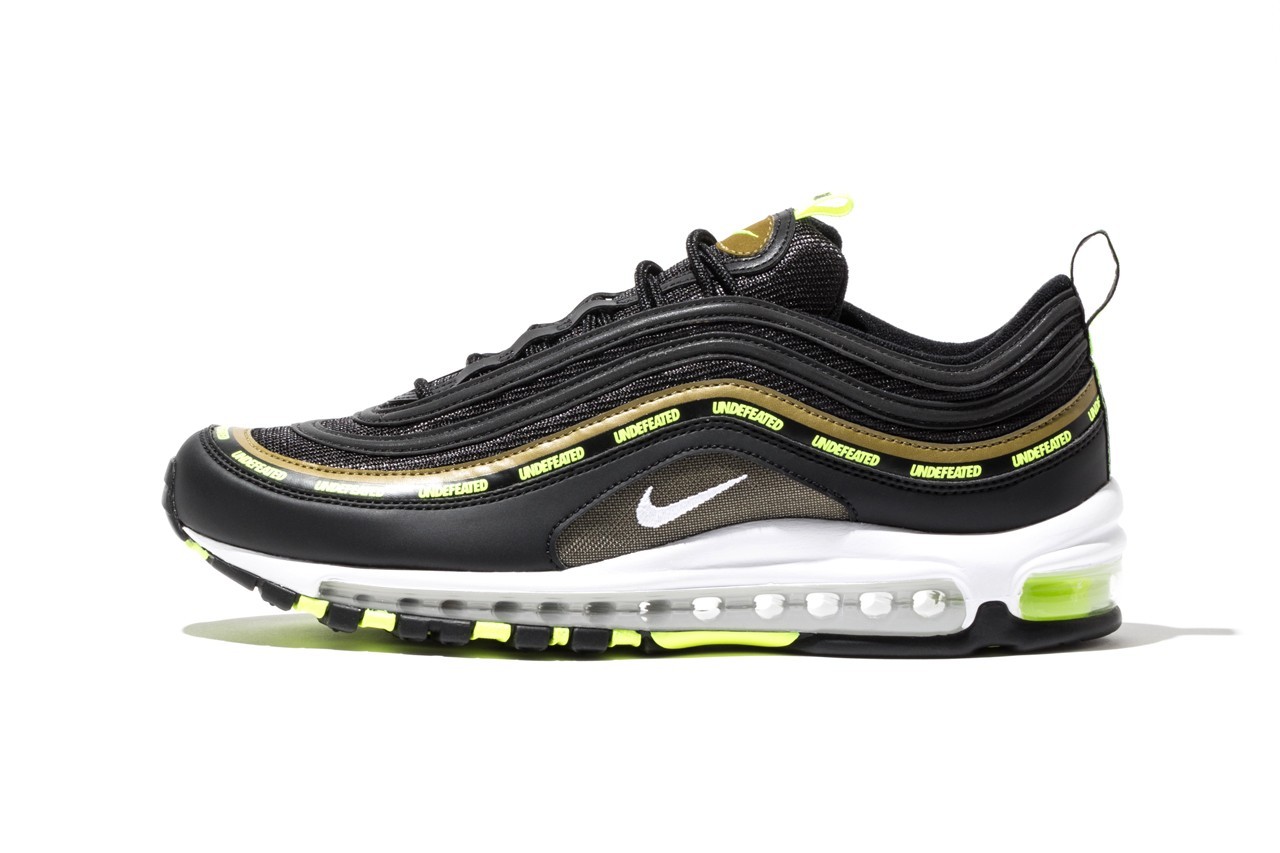 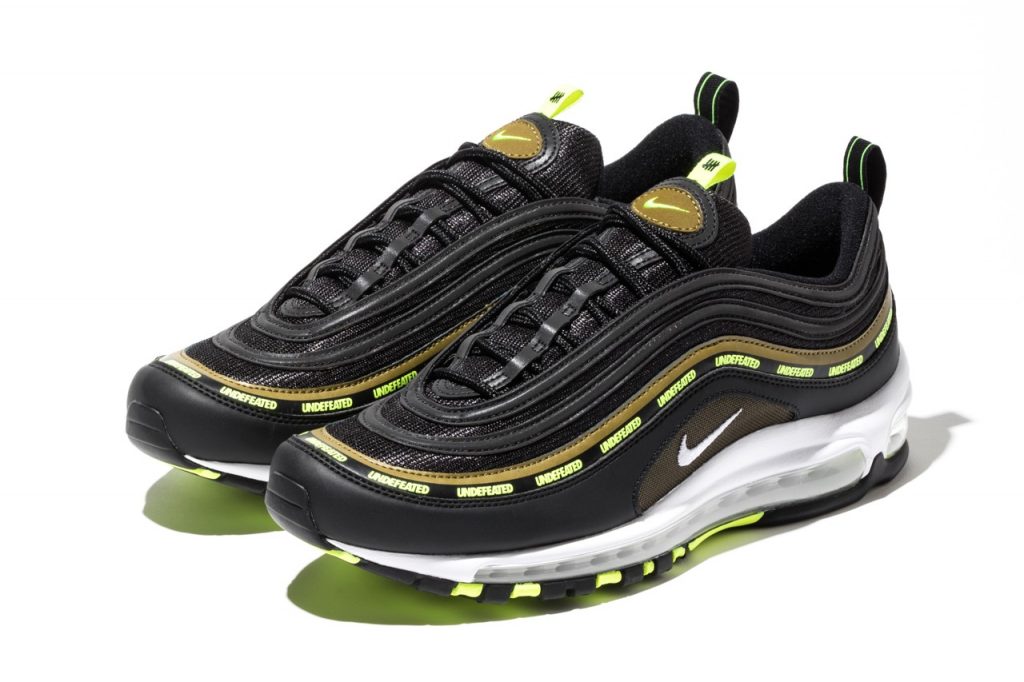 The Black/Volt shoe seems to be leaning on the conservative side with a predominantly black colorway. The volt accents the dark color with some branding, same with the swoosh. The Swoosh is accentuated with an olive patch. The white midsole with a gray air bag unit balances out the whole colorway. 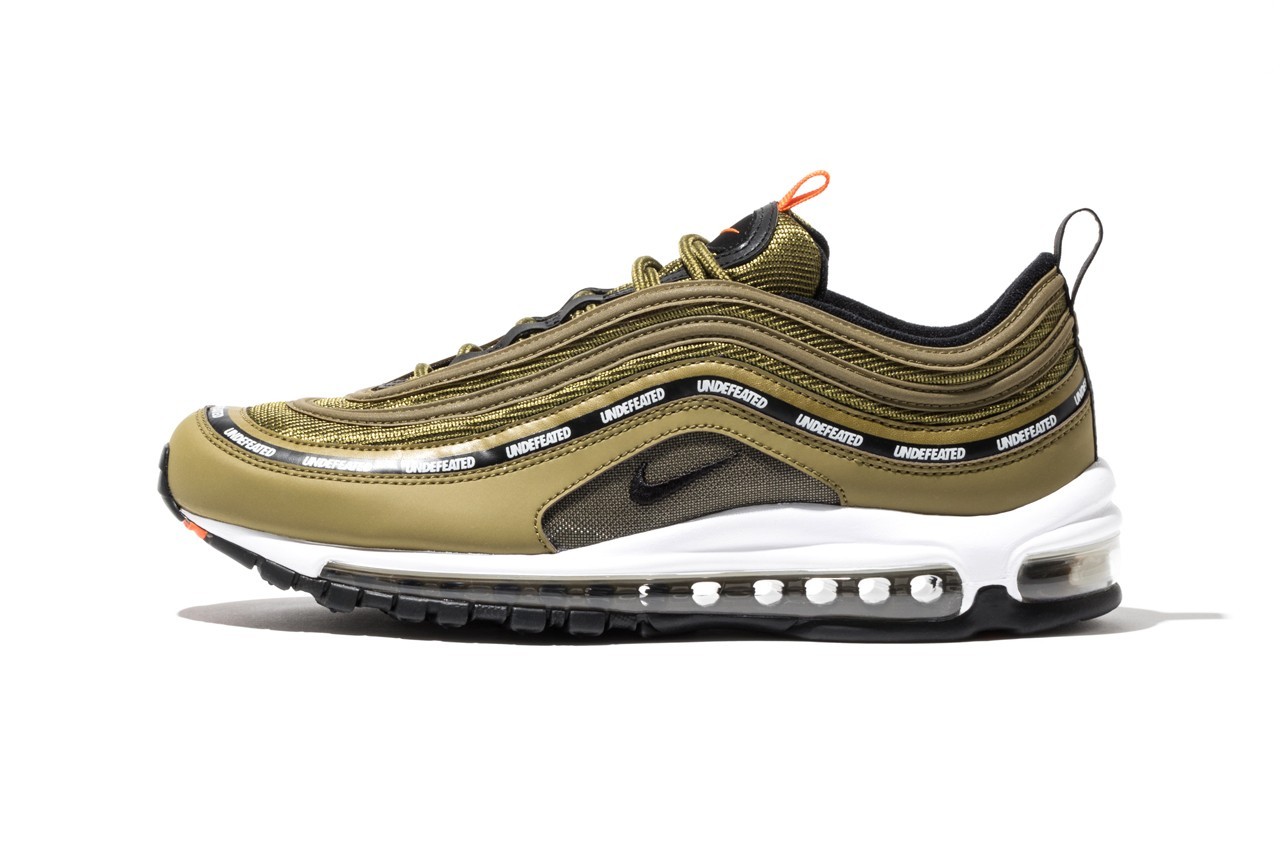 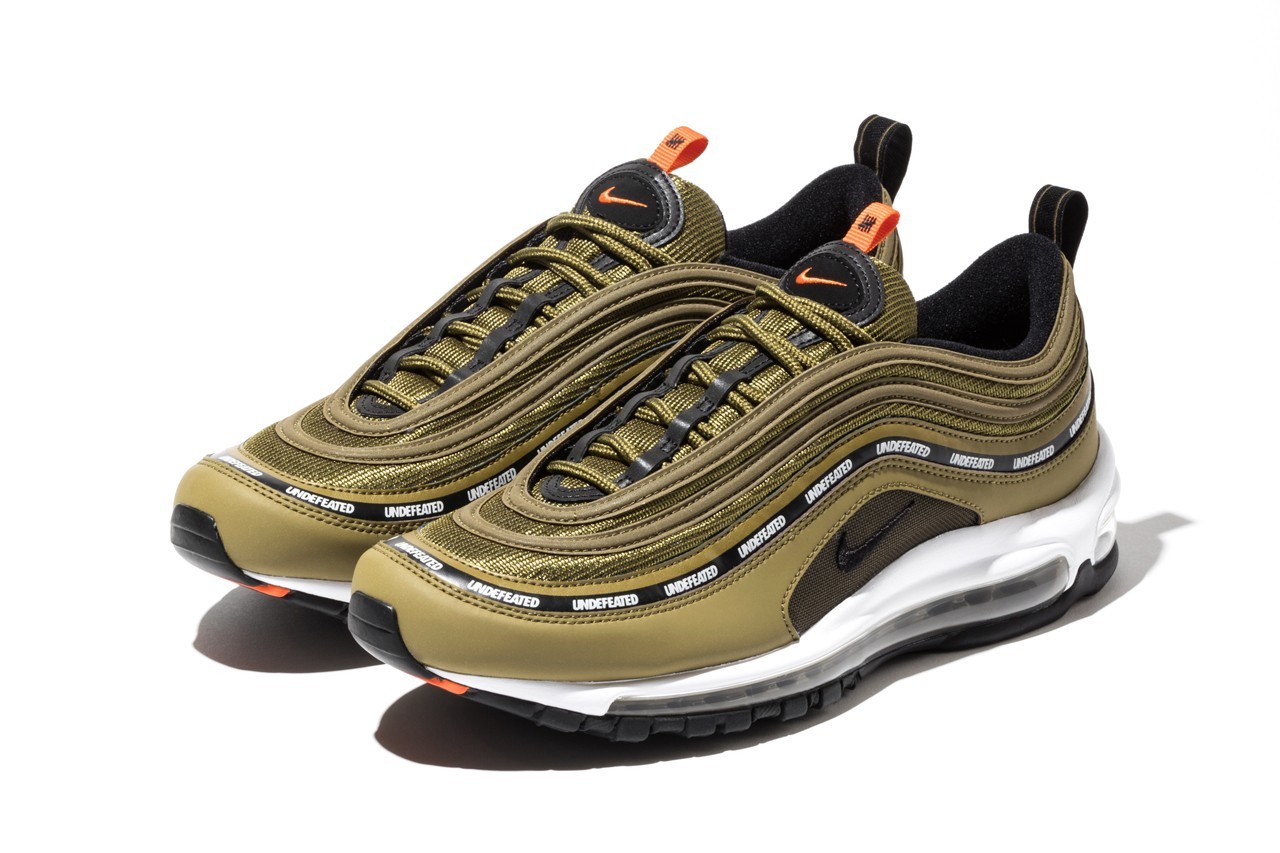 The more military-looking colorway of the two, the “Flight Jacket” presents in what looks like the full study in UNDEFEATED’s trademark colorway and look based on their iconic Air Jordan 4 shoe.
Full military regalia adorns the shoe, armed with a strong olive hue with pops of orange thrown in for a good measure. The black trim with white UNDEFEATED text adorns the affair. White midsoles with black air bags accent the shoe with a bang!
Fancying one, or aiming for both? These gems are dropping via the UNDEFEATED webstore this December 29.
Speaking of UNDEFEATED, here’s why patience pays in spades when it comes to releases. 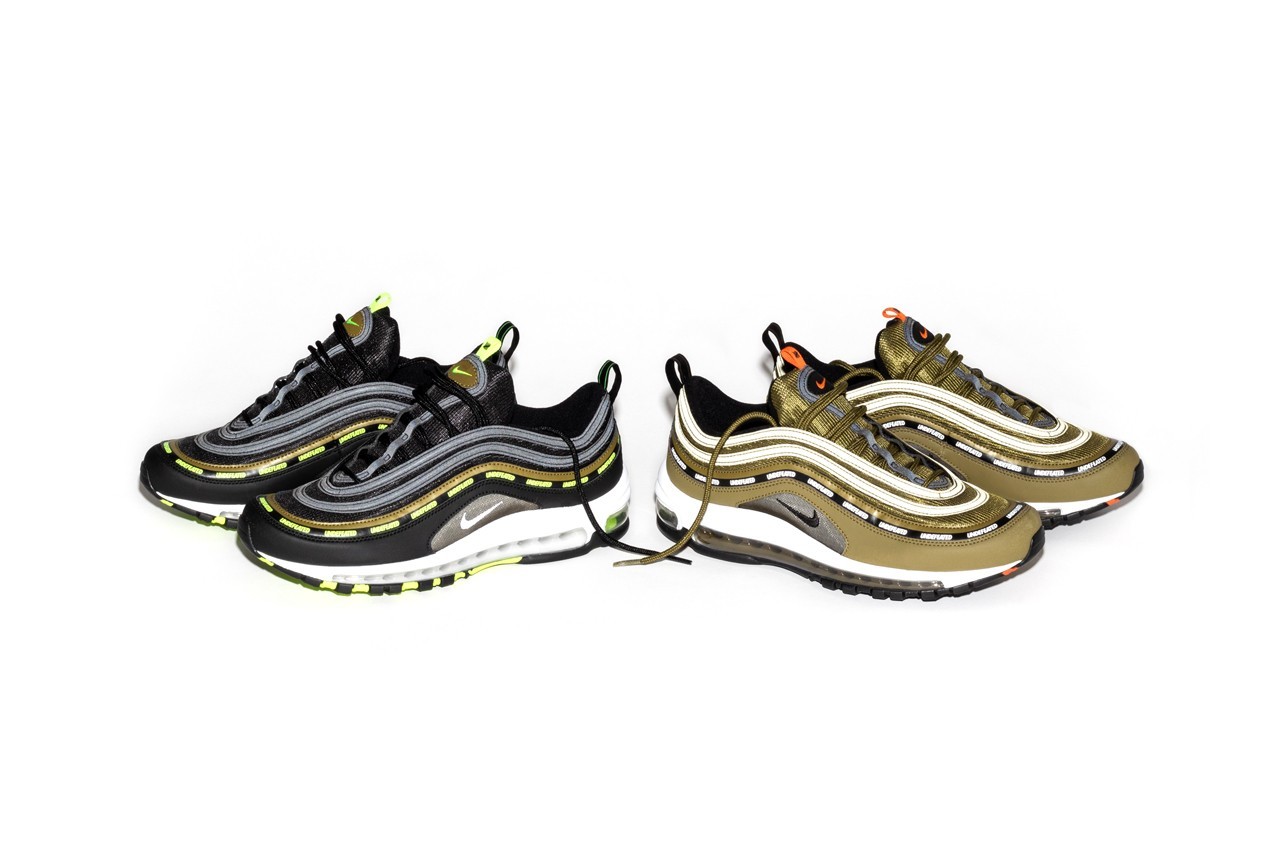