A Pigeon Dunk? With the Jason hockey mask for a swoosh? Imagine that.

Warren Lotas has been gaining more publicity as of late. He has released 3 unofficial SB Dunks under his brand. The first one was on point with a horror theme, twisting the look of actual coveted Nike SB Voorhees samples. Though it had negative reactions, it had a theme, a story. It was a Jason Dunk with a hockey mask Swoosh—makes perfect sense! 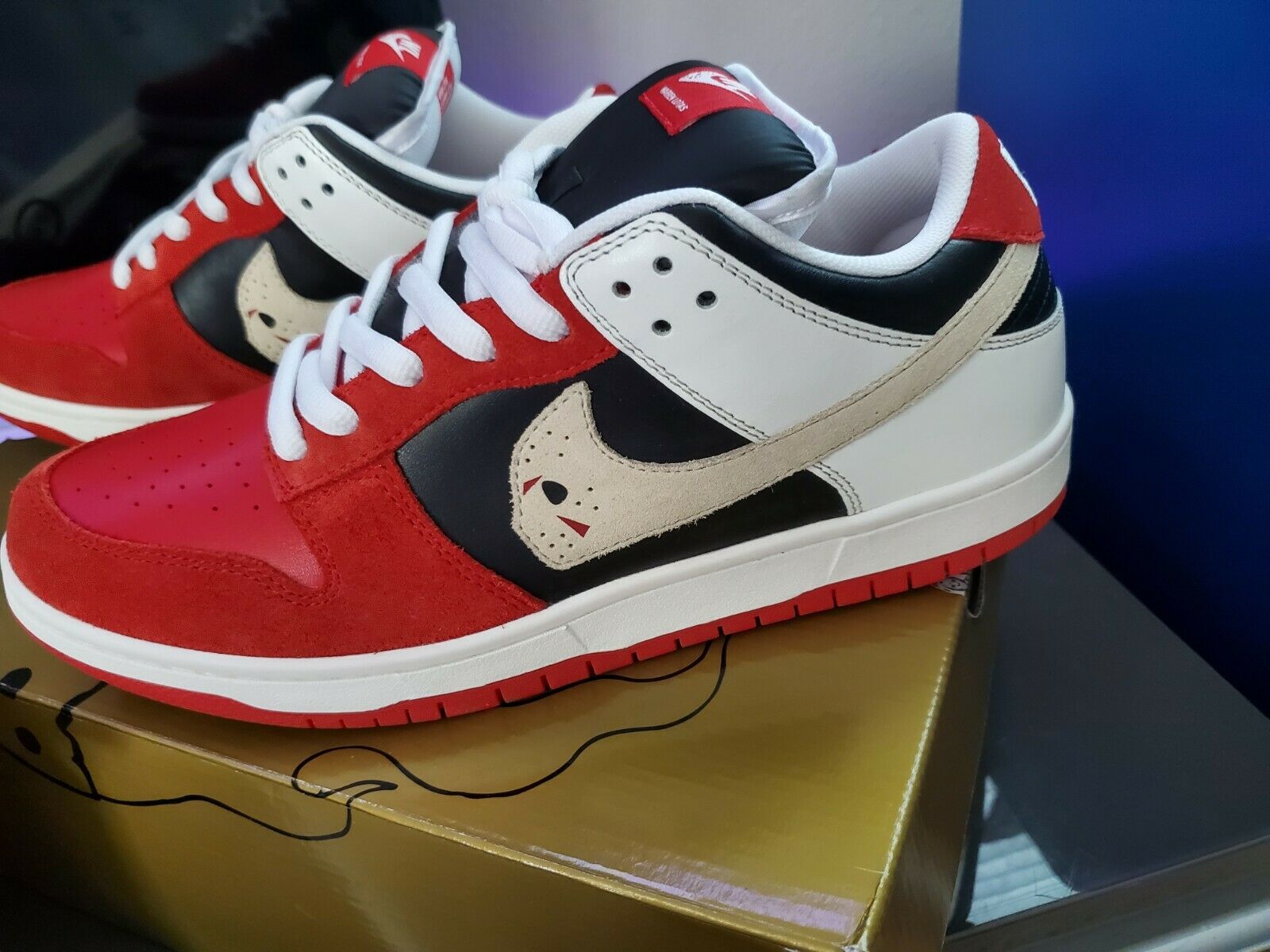 The Heinekens and the Stussys were so-so… but this latest one we’ve got to talk about.

How would you react to this? Seriously? I mean there is a reason why Nike is not re-releasing the classic Nike Dunk SBs especially the iconic ones like the NYC Pigeons. Originally from 2005, it has caused much history and impact and still rakes in thousands of Dollars from the reseller market. It’s special, it caused a riot, a newspaper headline, and even made it to the evening news.

You know why? Because it had a story. It catapulted Staple Pigeon and Jeff Staple to unimaginable heights. It was iconic, the work of pure genius. The color blocking was brilliant and the pigeon icon was synonymous with New York City’s overall vibe. It was a shoe that signified the grit and attitude of the city which resonated not only with shoe collectors but to art fans as well.

Personally, I would expect Jeff Staple to refuse a collaboration like this out of respect not only for Nike but for his body of work. I can understand if Lotas went ahead without permission because that’s what makes it rebellious, like treading on dangerous ground. That is the punk nature of customization!

But that’s the off thing about it: Jeff Staple approved of it! That shoe was his finest moment. I have interviewed the guy and I respect his decision, I just am not a fan of it. 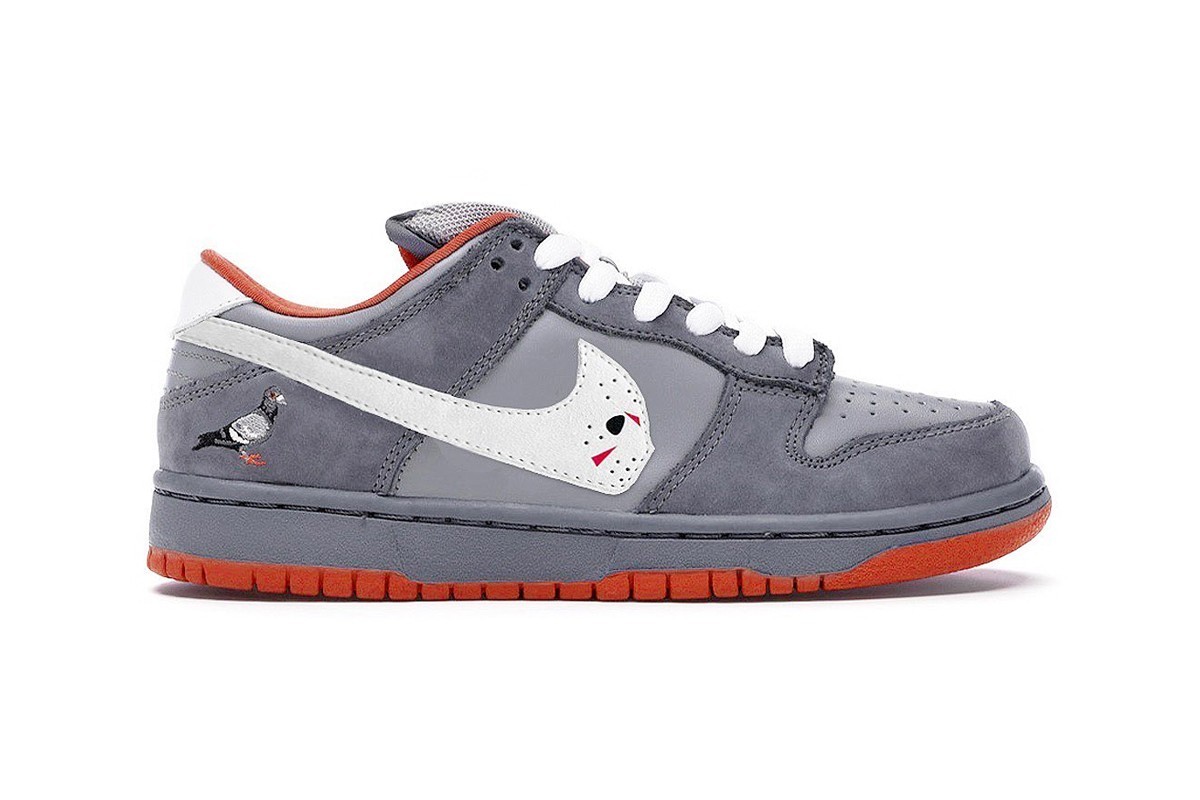 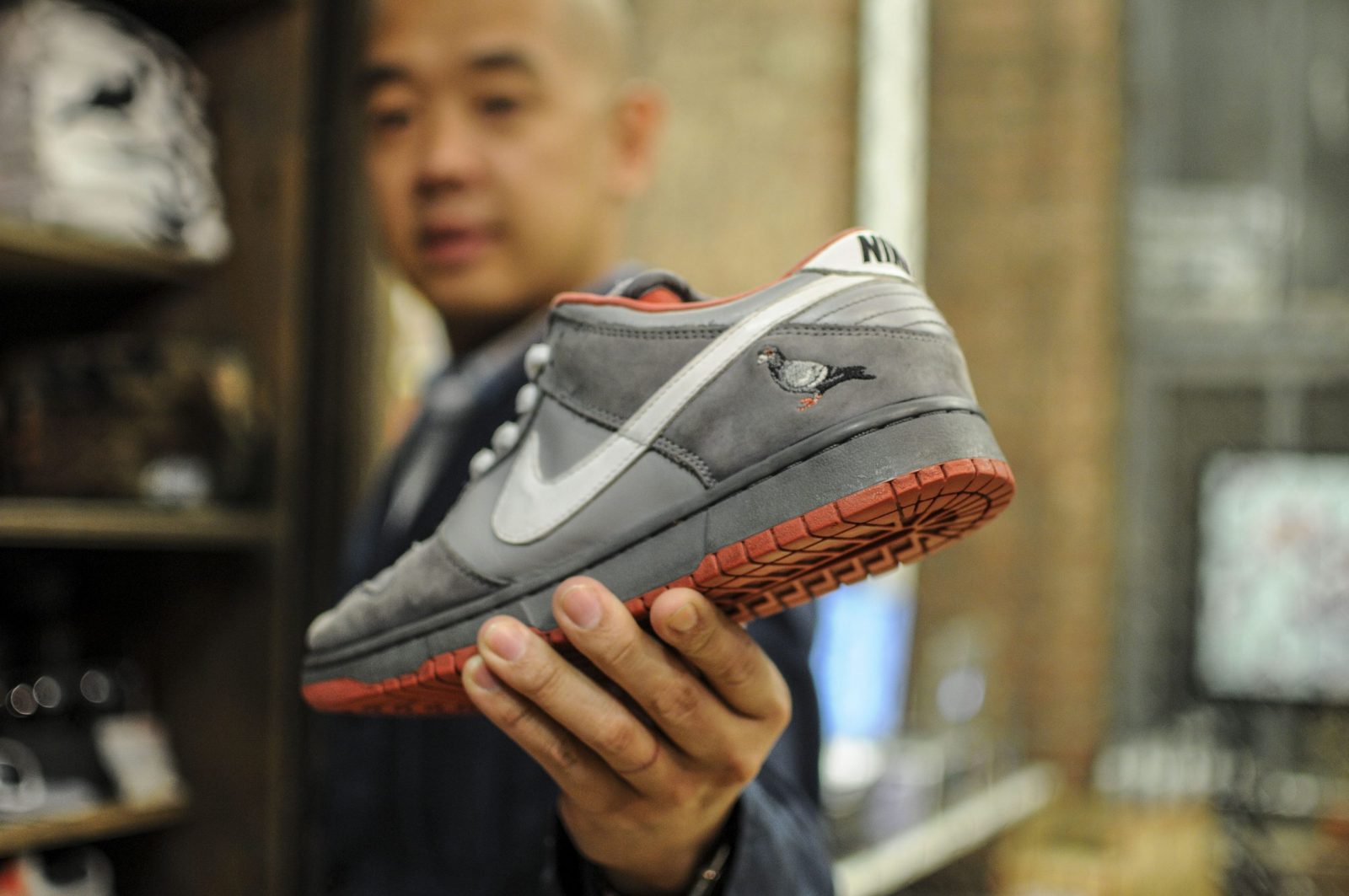 As a fan of both, I just can’t understand why they can’t come up with something new and fresh. I still am a fan but it’s safe to say I am speaking for a lot of people—that they had a chance at an iconic collaboration but they just went lazy on it. To call it a “reappropriation of a classic” is a bordering on BS.

“Inspired by” the Nike SB Dunk Low Pro “Pigeon” released back in 2005, the shoe is the same mix of gray suede and mesh uppers and orange outsoles- the only difference is the Swoosh which bears the iconic Voorhees mask.
It was sold on a Pre-Order basis, so I guess we’ve got to wait out for images of the actual product and give it a proper review, for now? we’re basing it on the promo mockup.

We’re really split on this conversation. There’s that aspect that makes us cheer for Lotas and Staple but on the other side of the coin, question the integrity of this particular project. That’s the good thing about streetwear, you can be a fan of the artist but you don’t need to approve of everything they do.

Speaking of Dunks, these are straight-up made of trash! No joke! Check it out here.