About four years ago, Nike debuted its first commercial self-lacing sneakers with the HyperAdapt 1.0. Then in January 2019, Nike returned with the same technology incorporated into a performance sneaker with the Adapt BB. While both releases were newly designed silhouettes with self-lacing capabilities, Nike has now introduced the technology to an existing Air Jordan pair.

It’s been 25 years since the Air Jordan 11 made its debut on the feet of Michael Jordan during the 1995 NBA season. As decades have passed, the shoe still remains to be sought after and highly respected. Through the years, we’ve seen the Air Jordan 11 experience new colorways and several retros, yet the incorporation of self-lacing technology will be the first time the sneaker has undergone such treatment. 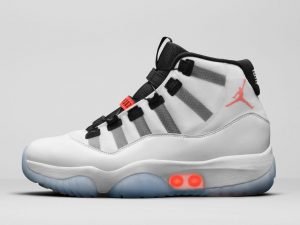 While this release preserves the overall aesthetic of the Air Jordan 11, some minor modifications have been made. A translucent layer is found on the pairs upper which overlay the lace eyelet strips and the Jumpman logo on the heel. Due to the self-lacing mechanism, the traditional Air Jordan 11 rope laces are replaced with thin cords. Lastly, an icy sole falls under the trademark lights we have seen on other Adapt pairs. 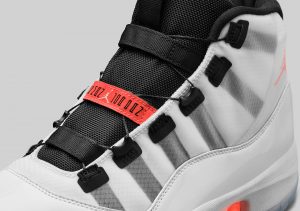 The Air Jordan 11 Adapt can be tightened through two options. The first, through a downloadable app on a smartphone, to be paired with the sneaker. The second, through the analog buttons placed at the midfoot of the shoe. the sneaker comes with a wireless charging pad to prepare the sneaker for use while it is not being worn. 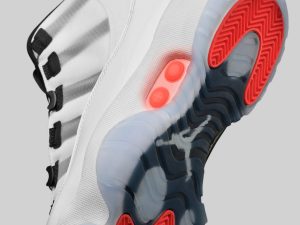 The sneakers are scheduled to release on December 30, via Nike SNKRS. While the price tag has not been set, make sure to keep your eye out for further details! To check out another recent Jordan Brand release, head over to this article on the Air Jordan 1 Midnight Navy Quick Review.