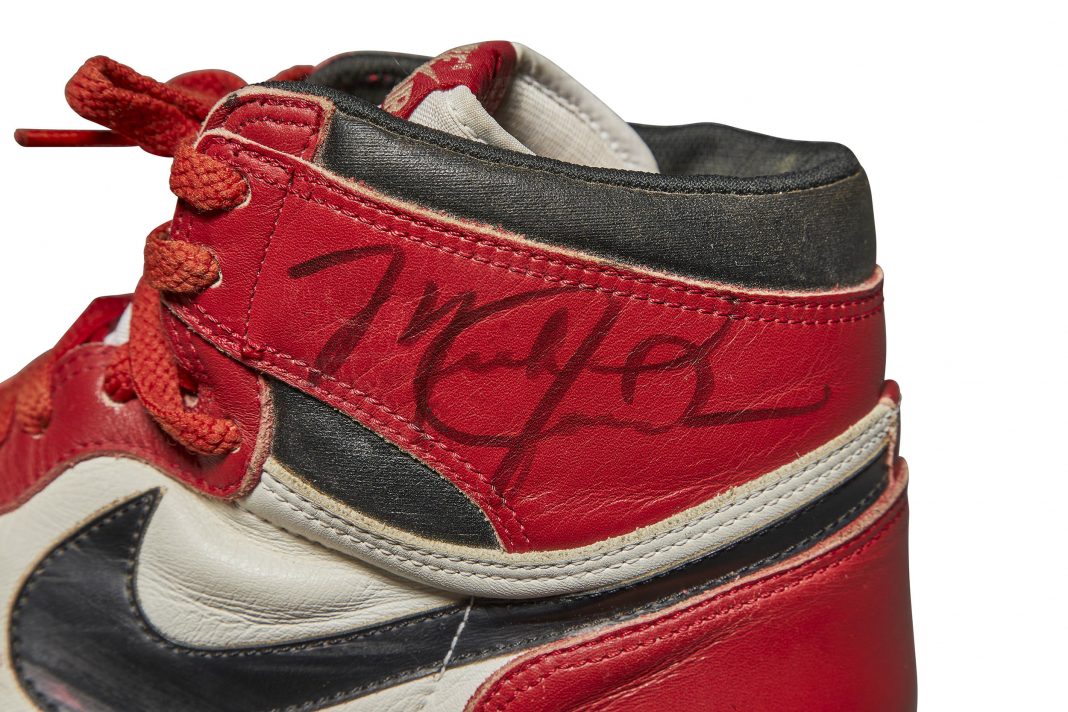 Share
Facebook
Twitter
Pinterest
WhatsApp
Linkedin
ReddIt
Viber
The Air Jordan 1 has has always been a much revered shoe. Heralded as the shoe that started it all. Its legacy and staying power can never be denied.
Just recently, it also tested how far a collector is going to go for a signed piece of history.
A pair of Michael Jordan‘s game-worn shoes from 1985 just sold for above three times the auction price last Sunday. According to auction house Sotheby’s, a record breaker for the world’s most expensive sneakers.
The prized item? An autographed Nike Air Jordan 1 shoe in the Chicago colorway was won at $560,000, according to the esteemed auction house. That translates to roughly Php 28.5 million!
The said shoe broke the record for the Sotheby’s auction of the Nike “Moon Shoe” for $437,500. Legendary yes, but Michael Jordan just proved once again that the love for basketball and sneakers has no boundaries.
The said game-worn Nike Air Jordan 1s were custom made for Jordan, noticeably featuring red laces instead of black and white, making it one of a kind.
“Produced between February to April 1985, Jordan wore the present pair of Air Jordan 1s during an early, pivotal point of his career and thus catapulted the sneaker’s popularity,” Sotheby’s said. “Wearing mismatched shoes most of his career, the pair is in a size 13 (left shoe) and a 13.5 (right shoe).”
The grail status marker? The right shoe carries Jordan’s signature in permanent marker! Truly one hell of a shoe to own!
“Jordan wore Air Jordan 1s until October 29, 1985, when he broke his foot and subsequently took off 64 games during his second season while healing,” Sotheby’s said. “He wore modified versions of the Air Jordan 1 upon his return to the game.”
The auction was done to match with the final episode of The Last Dance—a sly marketing genius move.
Here are the other OG Jordans that came out during that era. The Royals, The Shadows, The Black/White and the UNC’s:

If some friends and family of yours still doubt sneakers as profitable investments, then this should keep them at bay. And yes…hold on to your Jordans because they soaring and are on the up and up just like the Airness himself!