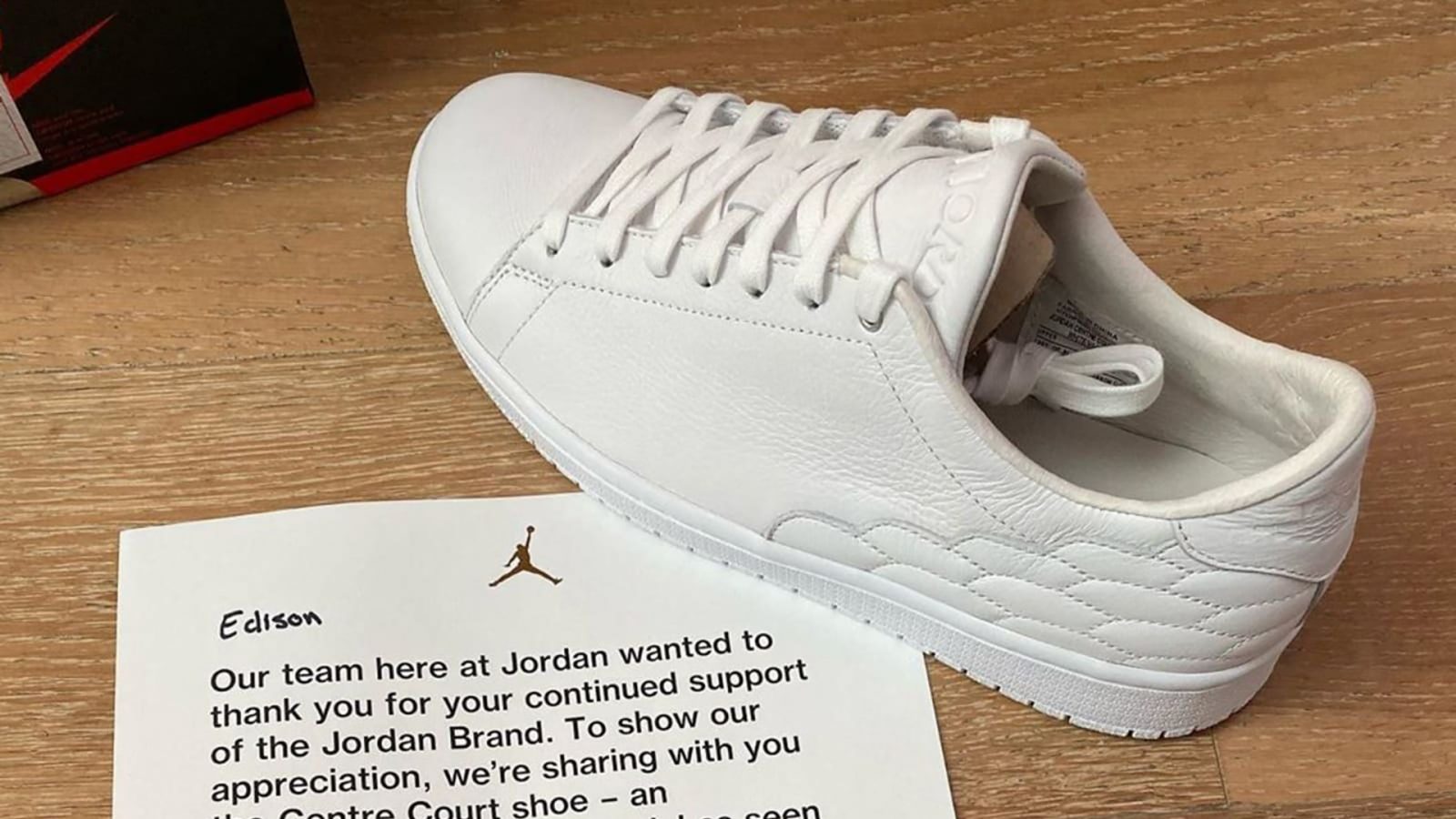 Currently an exclusive to collaborators

The Last Dance has recently come to a close, and a bunch of retro Air Jordans increased in their value significantly. Heck, the Air Jordan 1 Michael Jordan wore during his early NBA years sold for around Php 28.5 million at an auction!

Aside from those iconic Air Jordan kicks, His Airness himself wore a pair of unreleased Jordans on the first two episodes of The Last Dance.

The pair in question? It is an unreleased pair called the Center Court. While it uses an Air Jordan 1 sole, the Center Court has a sleek upper made from tumbled leather and has a cool wings-like leather overlay on the heel area. You get a debossed Air Jordan branding on the tongue and the classic Jordan Wings logo for the heel tab. This sneaker is dressed in white, and the white laces have silver aglets for that premium look. 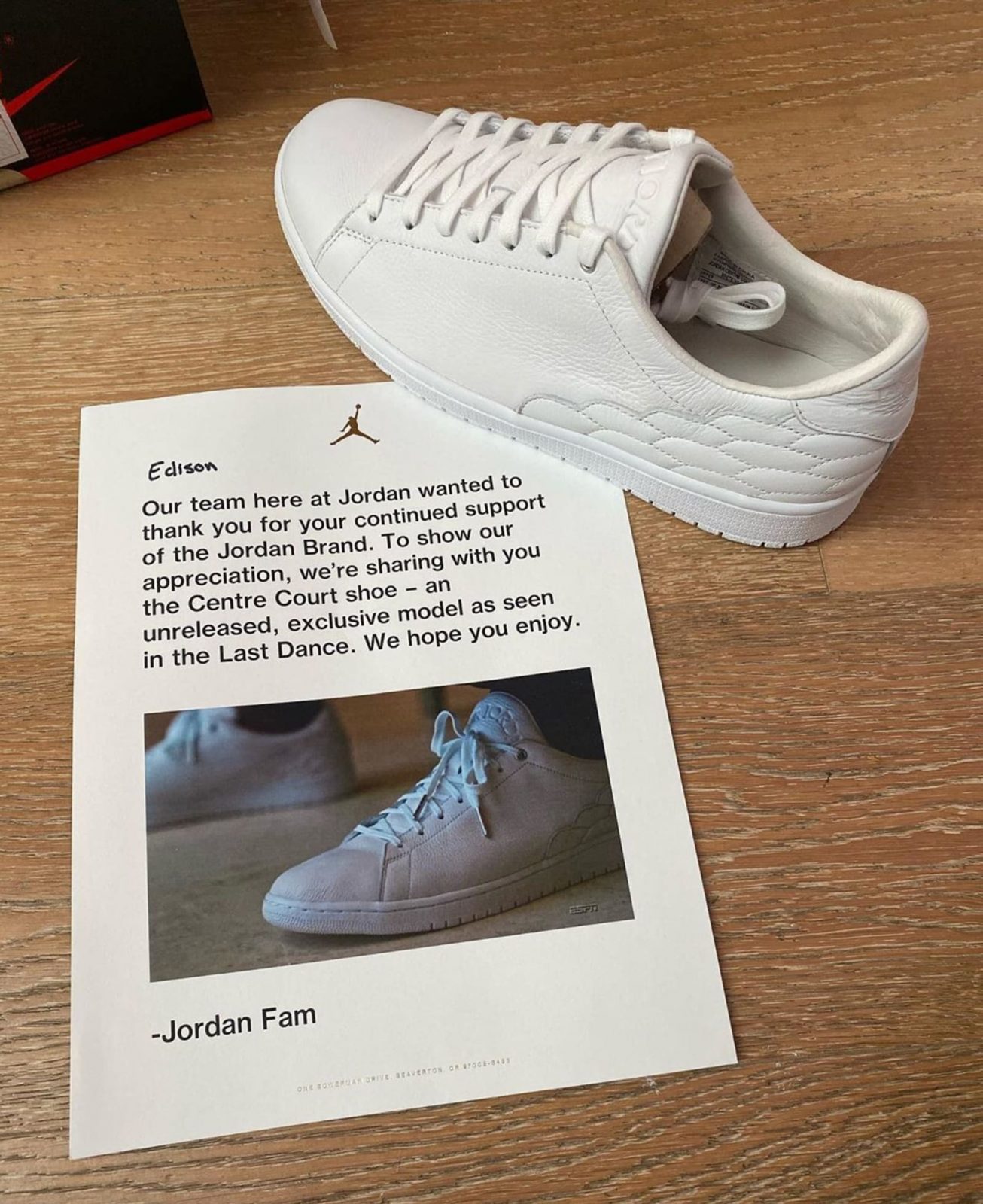 Streetwear icon Edison Chen is among those who received a pair of the Center Court, giving us a better look at the unreleased sneaker. The letter in Chen’s post says that the Center Court is an “unreleased, exclusive model”, which means this might be a friends and family pair—at least for now.

Given its association with The Last Dance, should Jordan Brand change their mind and make the Center Court available as a general release pair?