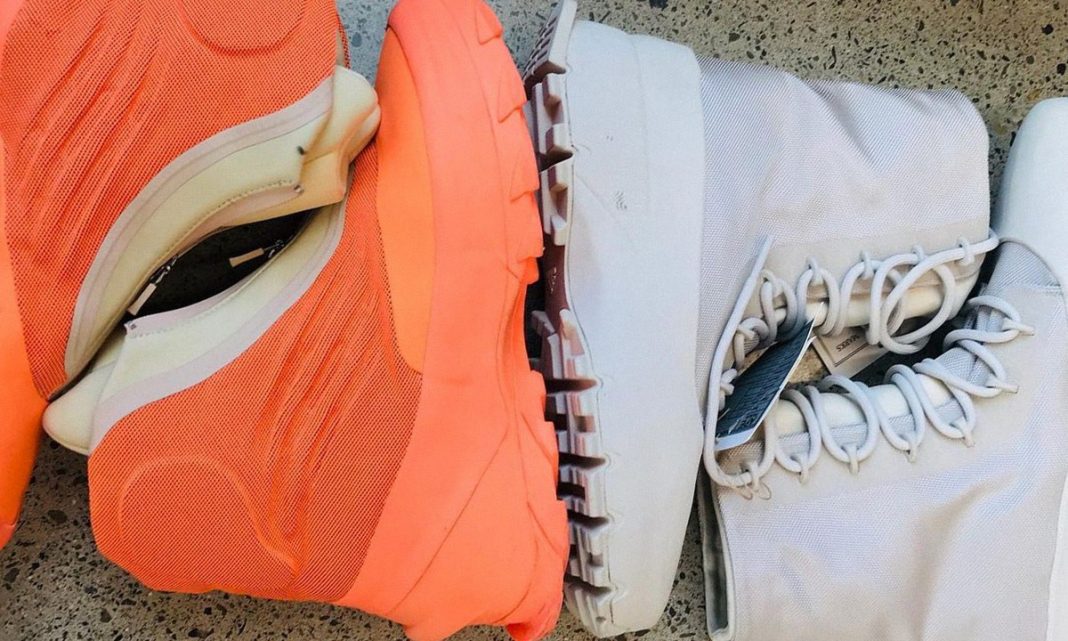 Nothing is more synonymous with “hype” than Yeezys. Since Kanye West’s first Air Yeezy with Nike back in 2009, the sneaker continued to amass a huge following. Fast forward to his partnership with adidas, and everybody got a new taste of what Yeezys had to offer. Although the initial sneaker iterations of the Yeezy line were extremely limited, Kanye made sure to stick to his promise that everyone who wanted to would own a pair.

As Kanye promised several Yeezy silhouettes have become more and more available, leading us to the recent leak of Kanye’s newest projects. Thanks to Yeezy Mafia, we have gotten our first look at three different Yeezy models.

The leaked Yeezy Season 8 sneakers boast a sock-like upper, partnered with velcro straps found above the ankle. Unlike other Yeezy sneaker designs, this silhouette does not make use of explicit adidas branding, which means it might be part of the in-house Yeezy line.  While Kanye’s Season 8 collection was showcased to the public back in March, very little details pertaining to the products have been released. 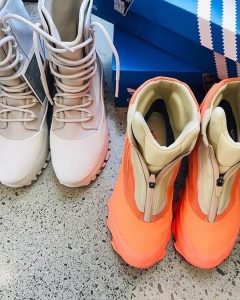 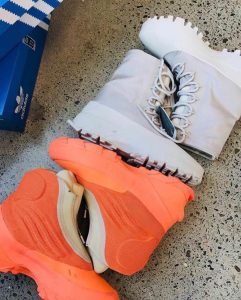 With two similar, but different designs, the Yeezy 1020 and 1050 V3 are both high cut sneakers resembling boots. The Yeezy 1050 V3 is seen in a grey colorway, which is nothing new as Kanye’s past boot designs used the same color motif. On the other hand, the Yeezy 1020 model is seen in bold orange makeup with a beige inner liner. The color combinations provide a great contrast as well as a military aesthetic – a common theme throughout Kanye’s different designs.

Judging from these photos, we can say Yeezy’s upcoming releases look much better than the Yeezy clogs, which gives us a little more hope for what Kanye has in store. As of now, all three sneaker silhouettes do not have official release dates and prices, but stay tuned for more upcoming details!

What are your thoughts on these sneakers? Is there a specific pair you’re thinking of copping? Let us know in the comments below! And while you’re at it, check out this article on this YEEZY x Derrick Rose Samples.