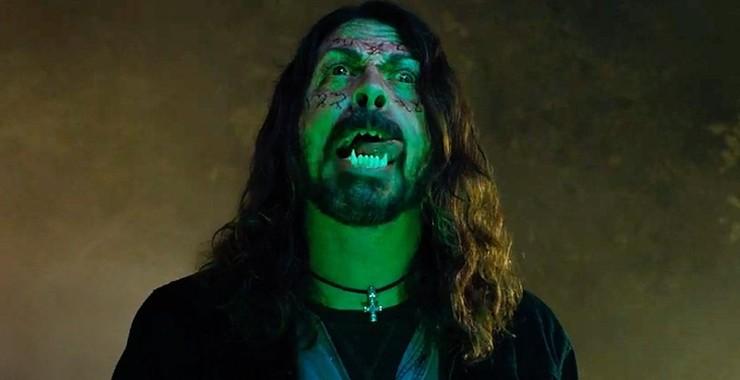 How do you get people drawn into The Dream Widow? You describe The Dream Widow as a metal project from Dave Grohl and that’s me being honest. The fact that the Foo Fighters frontman and Nirvana drummer has been dabbling with metal since he entered the scene is an understatement and was never a surprise to his most diehard of fans.

From Rock to Metal Royalty

From Nirvana to Foo Fighters, to his metal all-star project Probot, Dave Grohl has always commanded a strong pop sensibility which has him cemented on the mainstream rock pedestal. This album though doesn’t really care about none of that as it sounds raw, filthy, and kind of rushed in a very DIY manner which only adds to its charm. 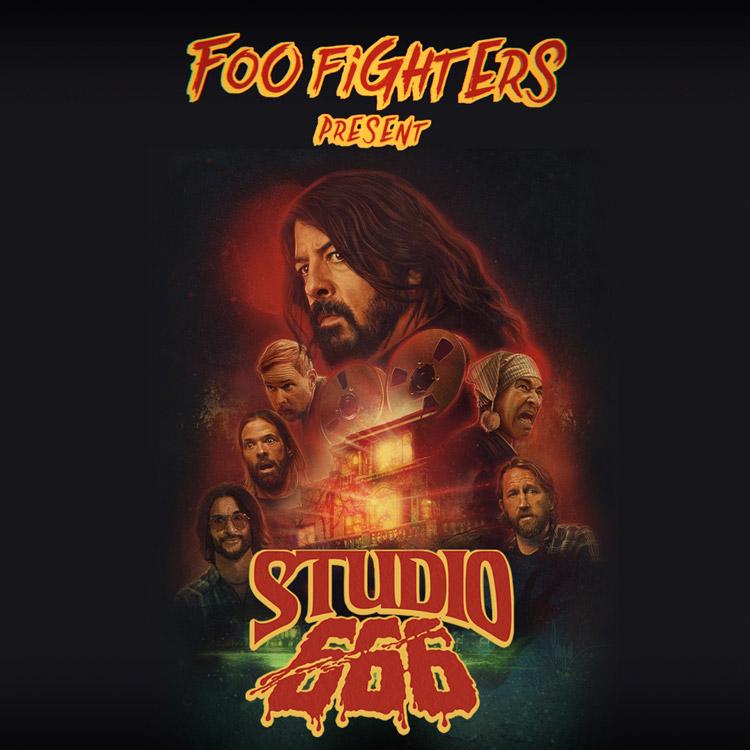 But then, Dave Grohl is really a dyed-in-the-wool metal fan as evident by his aggressive style of playing and the way he attacks the guitar. This time around, he takes all major roles for his tie-in band to the Foo Fighters’ comedy-horror opus Studio 666.

Don’t Call it a Cashgrab

The carrier single March Of The Insane is a straight-up aggressive banger of a tune that straight up justifies why Dave Grohl is LEGIT. It’s a thrash tune that sounds authentic on all fronts. But that goes without saying that skeptics will safely call the project a cash grab but the truth is, Dave Grohl doesn’t really care about what the critics think as he is doing this for the love of extreme metal.

The self-titled album is simply amazing as it captures the fan within this rock legend. He never compromises his musical style here as it’s full metal worship.

The album opens with Encino, a full-on thrasher that’s more grindcore and death metal than thrash and it just grabs you by the throat with some Sepultura groove on it. I mean, how can one not ignore this effort? Another great track is Angel With Severed Wings, which channels a bit of Iron Maiden and a bit of Axl Rose-isms thrown in. The Sweet Abyss comes off as a strong Carcass-like worship song that is until the clean vocals kick in which adds depth to the effort.

Throughout the album, there’s one undeniable fact that Dave is not playing for clout, this whole album reeks of his love for the genre, underground or mainstream for him is all under the same ball game.

The Dream Widow for sure is an artist’s effort to explore his roots. It’s all done in the name of fun but somehow somewhere it sounds like it’s serious enough to compete with real legit metal acts. Dave Grohl is definitely not playing around as he has enlisted some serious talent by way of a handful of musicians from Fireball Ministry and his mothership act but then let not that confuse you as this is THE Dave Grohl metal album. 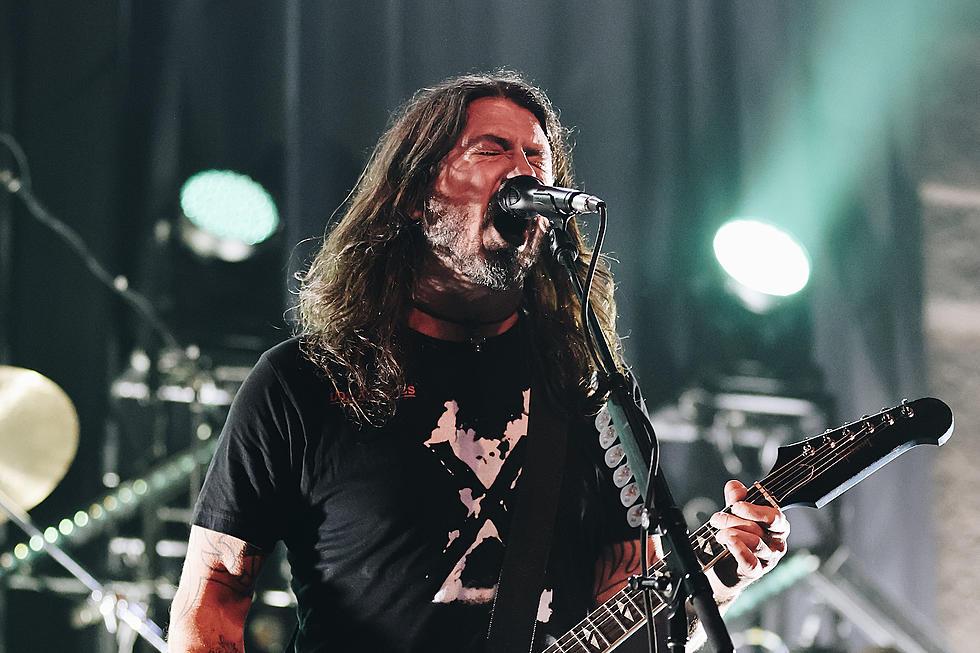 In our most humble opinion, it is a must-listen album — one that both heavy metal fans and those who don’t will still enjoy. Admittedly it isn’t for everyone but we still think that it is an epic album from a complete artist which is why we give it a 9 on our Hype Meter. 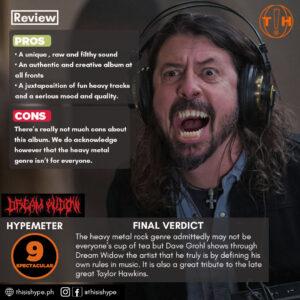 Not purely a thrash record by any stretch of the imagination, consider “Dream Widow” as Dave Grohl’s love letter to heavy metal. It may not be as groundbreaking as we’d want it to be but Dave knows his limits and he plays by his rules. Who said metal has rules anyway? Go give it a spin and get some neighbors raging! Highly recommended.