Unbox Con 2022 without a doubt went down as one of the best gatherings that celebrated pop culture at its finest. This can be attributed to the genius mind of Carlo Ople as he fulfilled two main goals for the event — bringing together the love for the arts, tech, streetwear, and toys in one place; and allowing men and women to showcase their businesses in one jam-packed event. ICYMI, here’s a recap of what went down in Unbox Con 2022.

One of the highlights that made this convention stand out was the brief discussions that Carlo Ople himself had with personalities, content creators, and influencers specifically with heskicks and Big Boy Cheng. Think of these segments as the awaited panel discussions during Comic-Con in San Diego. These conversations focused on entrepreneurship and how all three of these men built a career on their passions and hobby.

You can check our artist profile articles on Big Boy Cheng and Heskicks to find out more.

One of the highlights on these Fire Side Chats however came in when heskicks talked more about his love for collecting sneakers. Beyond the story of how heskicks started, the influencer talked about bootlegs and his heart behind collecting.

Heskicks went on to say “For me, there are a bazillion other sneakers I’d rather wear and have an authentic pair than buying the fake version or something else. I’m deep into the [sneaker] culture, I don’t want to misrepresent something”

What made these conversations all the more special was the inspirational heart and message behind them. They weren’t just moments with our idols on a stage but rather it was an opportunity to be inspired and moved to work harder and better than before. These talks were also a great way to showcase that work and play can come together and that we can make the most of our hobbies and earn from them. 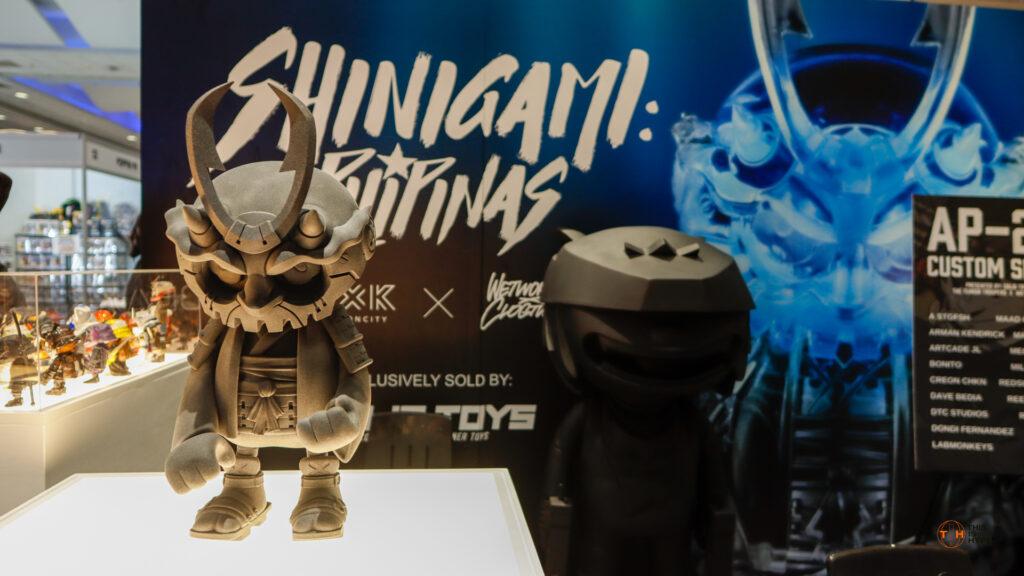 One of the surprising highlights also came in pretty early on in the convention through a toy auction that was held. There were several art toys from a variety of artists that were up for sale primarily from Wetworks, Mad Monkey, and CREON CHKN. The biggest sale came in the form of a Shinigami: The Awakening which boasted a black finish that stands at 2 feet tall. The said figure was sold for Php 400k which showed how love for art specifically that of Filipino artists has no price tag. 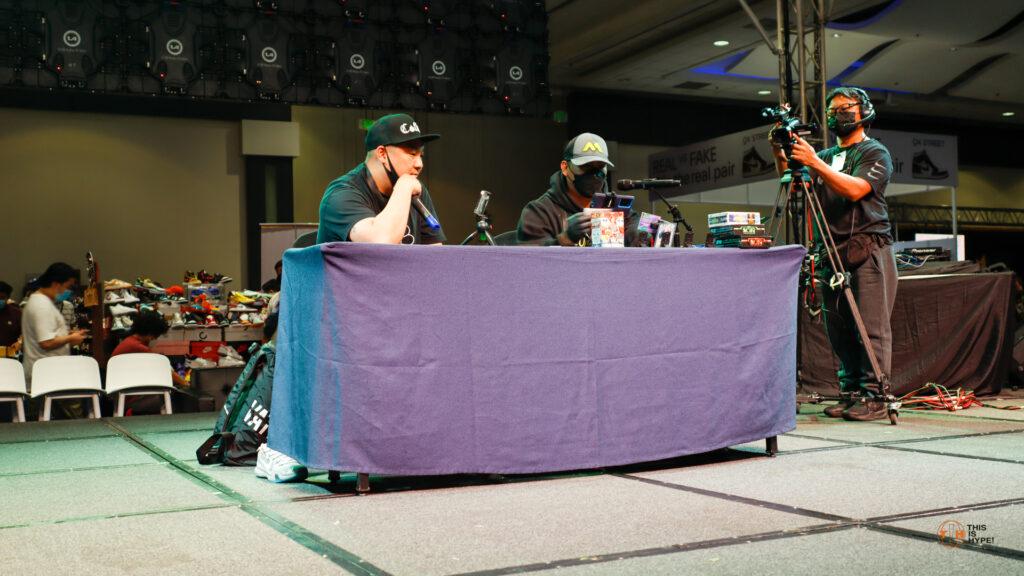 NBA fans and card collectors also had their moment to enjoy the convention which went beyond the variety and plethora of card booths that were available. There were also two box breaks that occurs on stage — one even featured heskicks himself. These live box breaks were truly special to witness as they broke the usual setup of having them done purely online. It was great to witness the excitement on stage as men reacted to the content of the NBA cards that they would receive in specific packs.

The booths during Unbox Con 2022 featured a plethora of collectibles attuned to a variety of preferences from sneakers, toys, apparel, and even tech. 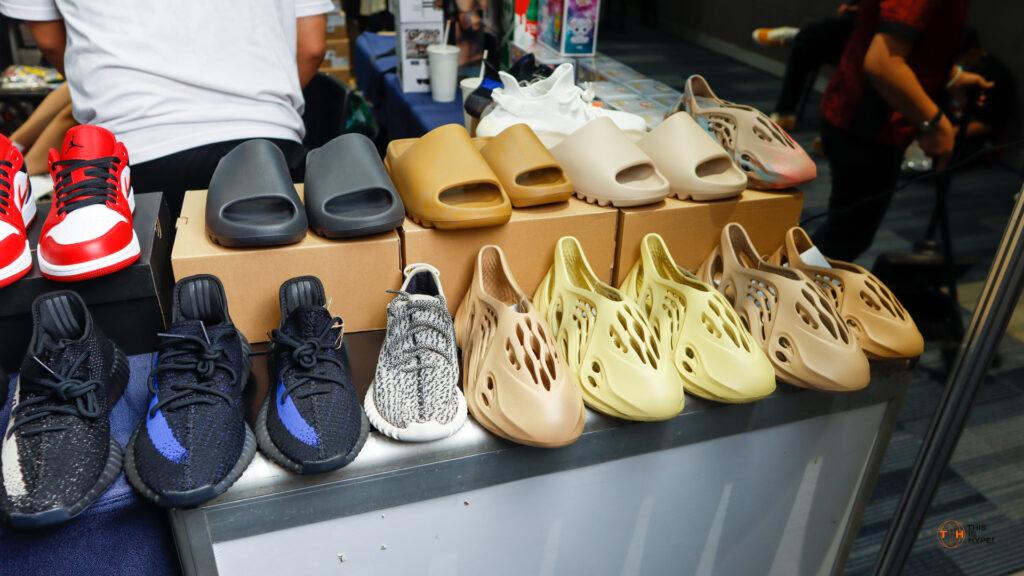 While wandering through the various booths I was able to spot several sneakers that come at a very reasonable price from Yeezys to Jordan 1s. I was even able to spot a pair of Quiccs x adidas James Harden Volume 5 collab at its SRP value of Php 8k. These deals would surely pique the interest of sneakerheads and the added bonus of variety in terms of choices in a one-stop-shop event such as Unbox Con is definitely an added perk. 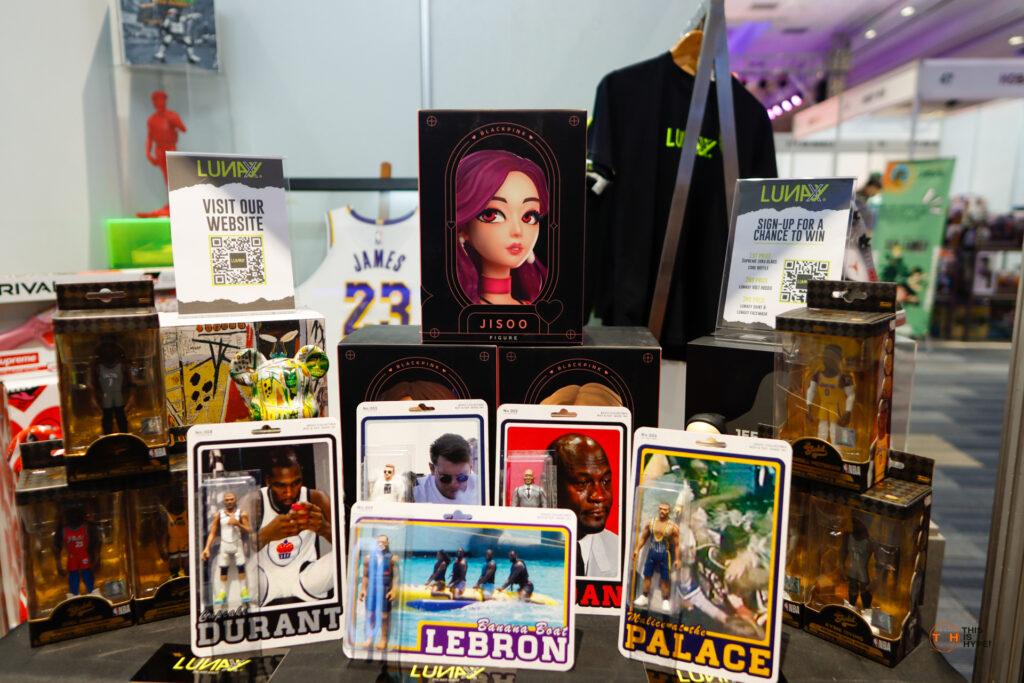 Collectors of toys also would surely go wild with the sheer amount of choices available. There were toys and collectibles that range from Funko Pops to Anime die-casts and statues. There were even Funko Pops that were sold at the convention that are difficult to spot. One of the biggest highlights in the world of toys however would have to be the sheer amount of Filipino art toys that were available from a variety of artists and personalities such as Wetworks, KLARIS, CREON CHKN, SLIM SULIT, and even OPM singer Jed Madela.

Our recap of Unbox Con 2022 shows the amazing experience that this one-day convention brought us. This is just the beginning, however. As announced by Carlo Ople, there will be an Unbox Con once again this coming November, and one of the perks for those who purchased the Platinum NFT tickets would be a free pass to this event — just make sure to hang on to that NFT. The November Con is already shaping up to be even more epic and bigger than this one with more surprises and guest appearances (including musical performers) in-store.

For more news on pop culture continue to follow us here at This Is Hype Ph.