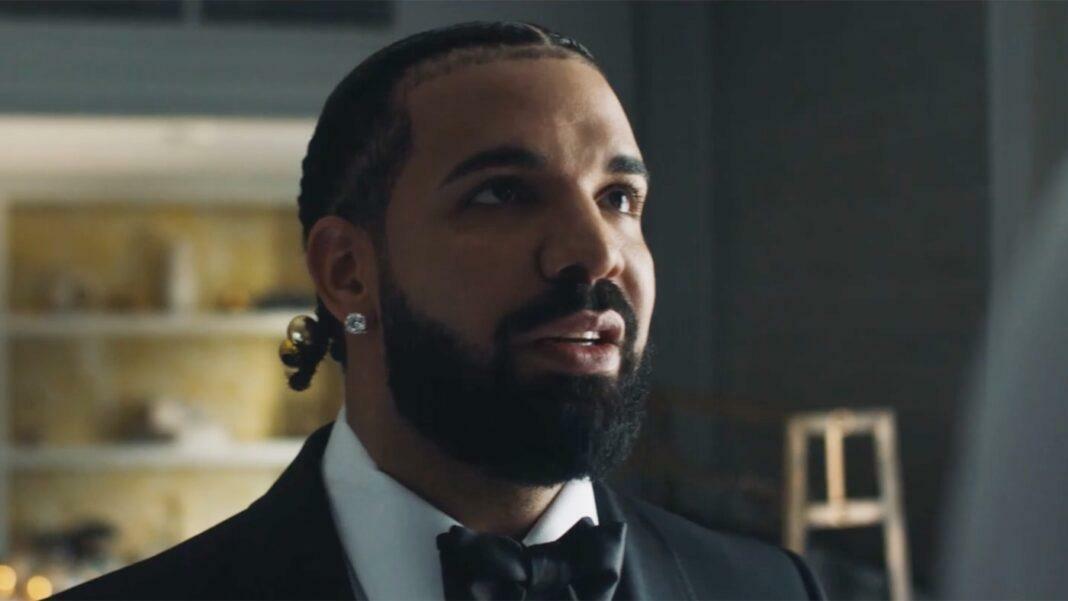 It has been barely a year since we got to listen to Certified Lover Boy, and we felt a little underwhelmed. Aside from the timing (a few days prior, DONDA was released so Drake was up for tough competition), Certified Lover Boy generally felt something that Drake has done before–not bringing anything new to the table.

We’ve listened to the surprise album drop over the weekend, and here’s our review of Honestly, Nevermind: 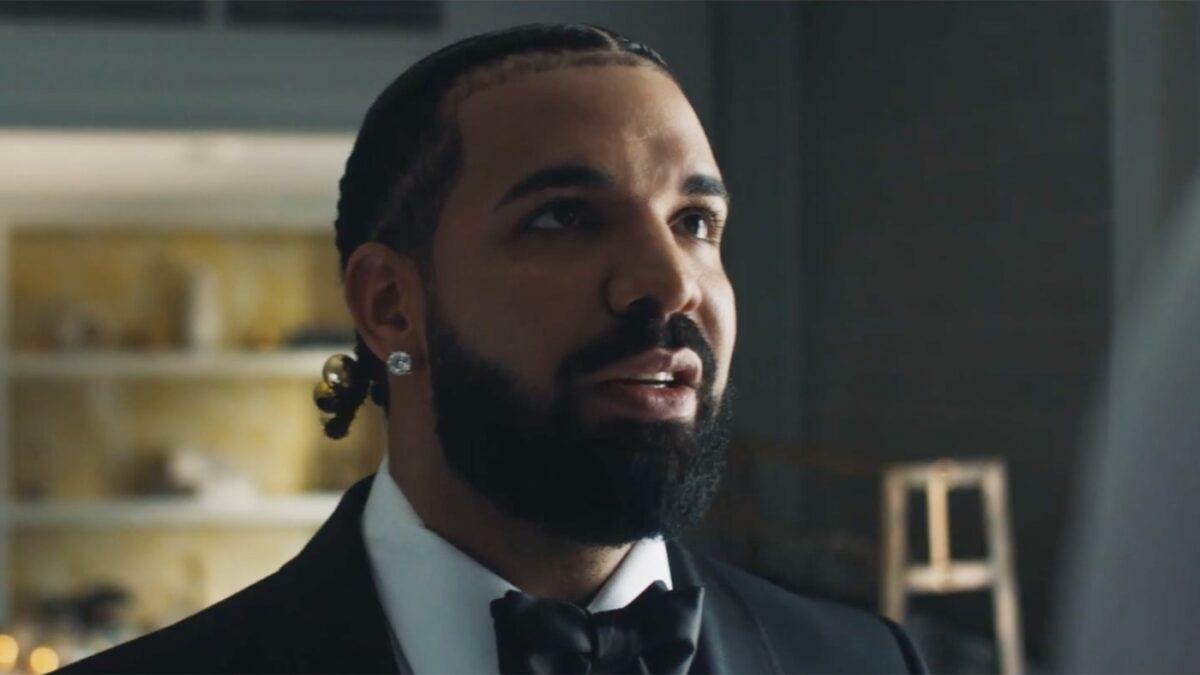 Drake as a singer, not a rapper

Fans of Drake might not get used to Honestly, Nevermind showcasing more of him as a singer, and we totally get it. It has been a while since Drake made an album that does not focus on rap, which is why Honestly, Nevermind reminds us of his earlier days–specifically, the Thank Me Later and Take Care era.

While it does gives us another glimpse of early Drake, Honestly, Nevermind does feel like a full extension of Passionfruit from his 2017 album More Life. We even dare say that Honestly, Nevermind is better than Certified Lover Boy even if it meant Drake not rapping throughout the album–save for Jimmy Cooks.

Being an album made for the summer, all of the tracks in Honestly, Nevermind contain club-like beats that are meant for you to dance along with the music–even if some of the lyrics have the typical sadboi, loverboy, and playboy theme that Drake is well-known for.

It’s just funny that Drake actually pulled off a meme-worthy playboy theme in the music video of Falling Back, where he “married” 23 Instagram models (23 perhaps being a Jordan reference). Along with such vulgar lines like “Your ***** is calling my name” on Calling my Name and other tracks, it’s no surprise that Honestly, Nevermind is meant as a summer anthem because the said season is commonly associated with short-term flings that are the norm with Millennials and Gen Zers in a culture where apps like Tinder are very dominant. 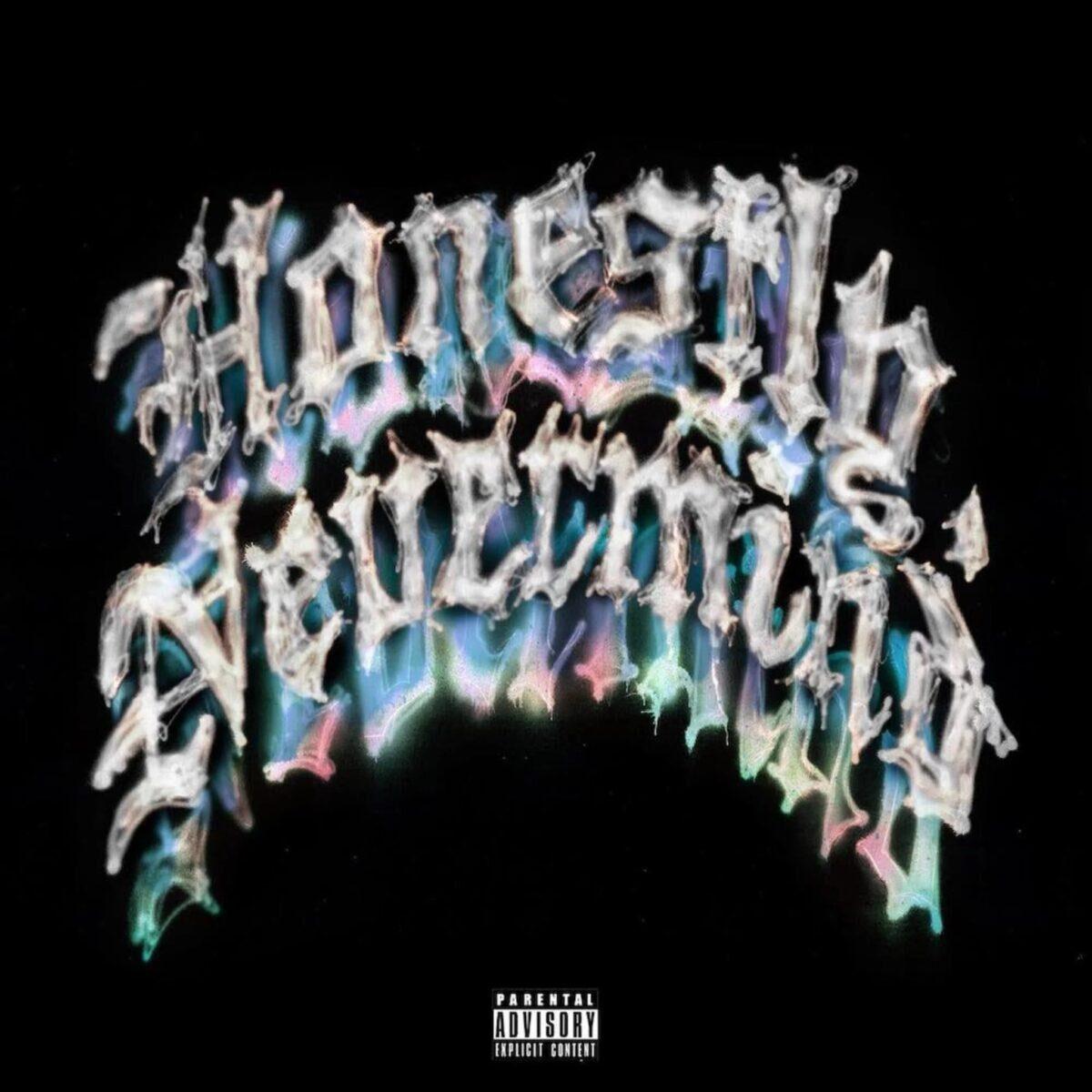 Honestly the same, but updated

Try listening to Drake’s entire discography for the past decade, and you’ll realize that regardless of whether he is singing or rapping, the revolving loverboy, sadboi, and playboy theme is almost always there. Whether you consider Drake as a pop, hip-hop, or R&B artist, there’s no denying that he is one of the very few big-name artists that are very resistant to changing their style.

Despite being typical Drake, Honestly, Nevermind is classified as a dance album. it’s no surprise why people, especially fans, are confused with Drake’s direction for this album. The only reason we could get from the direction of the album is that Drake dedicated it to the late Virgil Abloh–who, aside from being a visionary, is a DJ in his younger days.

While the album generally sounds typical Drake, Honestly, Nevermind for us is slightly better than Certified Lover Boy even if fans are confused with the direction of the album–and the fact that it’s classified as a dance album and not a hip-hop/rap album. 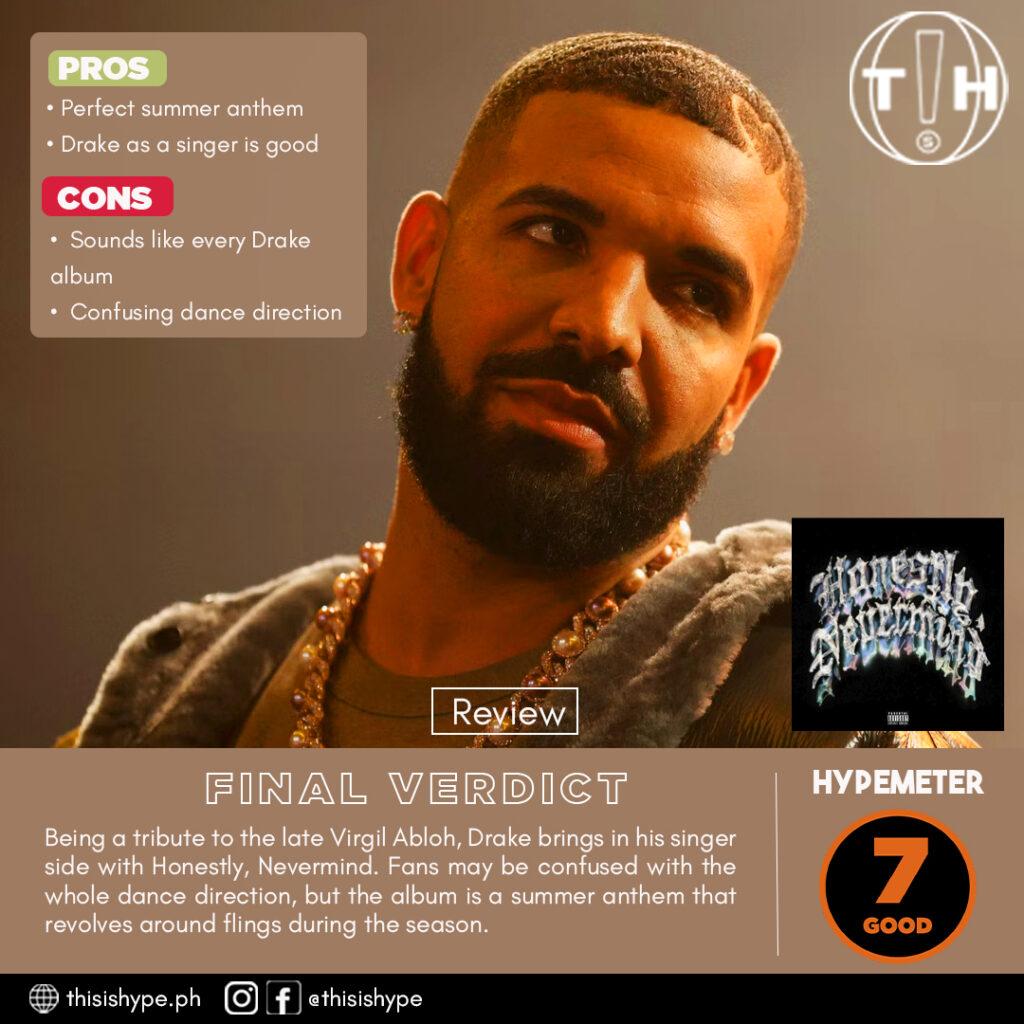 Overall, while it is not the best album from Drake, we’d give Honestly, Nevermind a 7 on our hypemeter. No matter how confused you are with Drake’s surprise drop, Honestly, Nevermind is a fitting summer album with dance-able beats and lyrics that reflect those flings we have during the season.

You can listen to the album below: