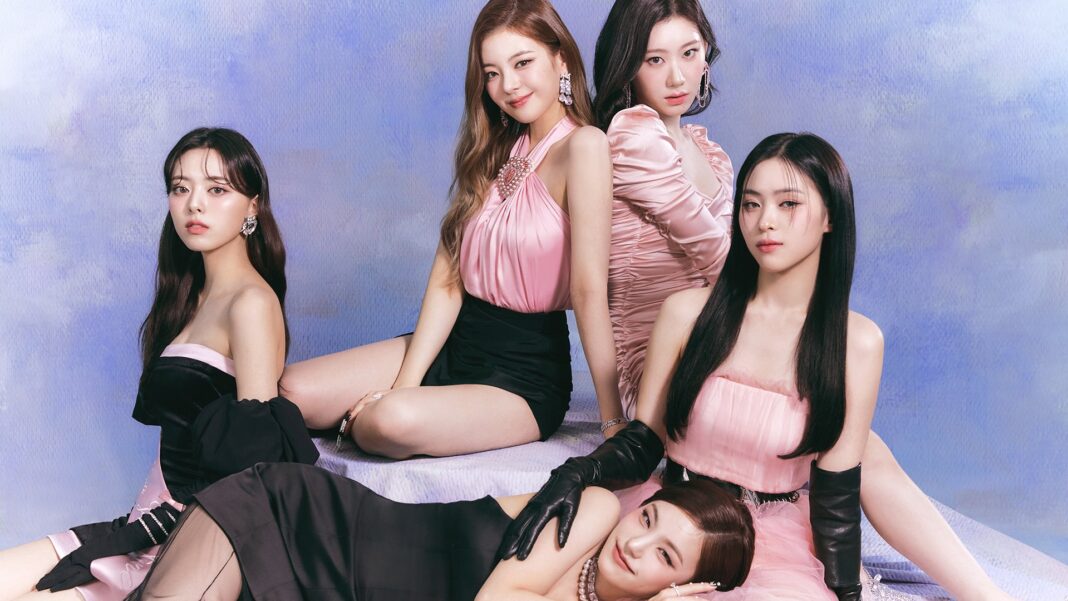 It has been close to 10 months since we last heard from Itzy with their full album Crazy in Love. Despite a rather long hiatus for KPop standards (if you don’t count their equally good Japanese Single Voltage), they have been busy with their endorsements (they are set to be the next biggest endorser of Adidas next to Blackpink), their quirky weekly cooking shows, and a couple of their vlogs and reality shows. Their hiatus in making music was not felt because they were still all over the place–but their new album Checkmate is their way of saying that they are one of the top KPop girl groups right now.

Days leading to the reveal of the title track Sneakers, Itzy has confused everyone with their concept. From an initial royalty concept to a Y2K-esque one, it was hard to imagine how they will pull off two different concepts in one album without looking like a hot mess. That being said, we have been listening to the mini-album for a few days, and we finally give our review on what we think about Checkmate and if Itzy pulled off their rather eccentric set of concepts this time around.

All of the confusion with their concept was cleared out with the music video of Sneakers, where they did not just two BUT three different concepts in one video. It was hard to imagine how they will pull it off (remember their juniors NMIXX and their messy debut single?). We were honestly hesitant if they could actually pull it off, and boy they did.

It was challenging to picture the relationship between their royalty and Y2K concepts, but the music video was creative to showcase rebellion and women empowerment in three different eras: the 19th century, 20th century, and present-day 21st century. What made the fusion of three concepts well-executed is how the music video was edited–comparing all of Itzy’s videos so far, Sneakers is better than their hit single Wannabe when it comes to the music video. 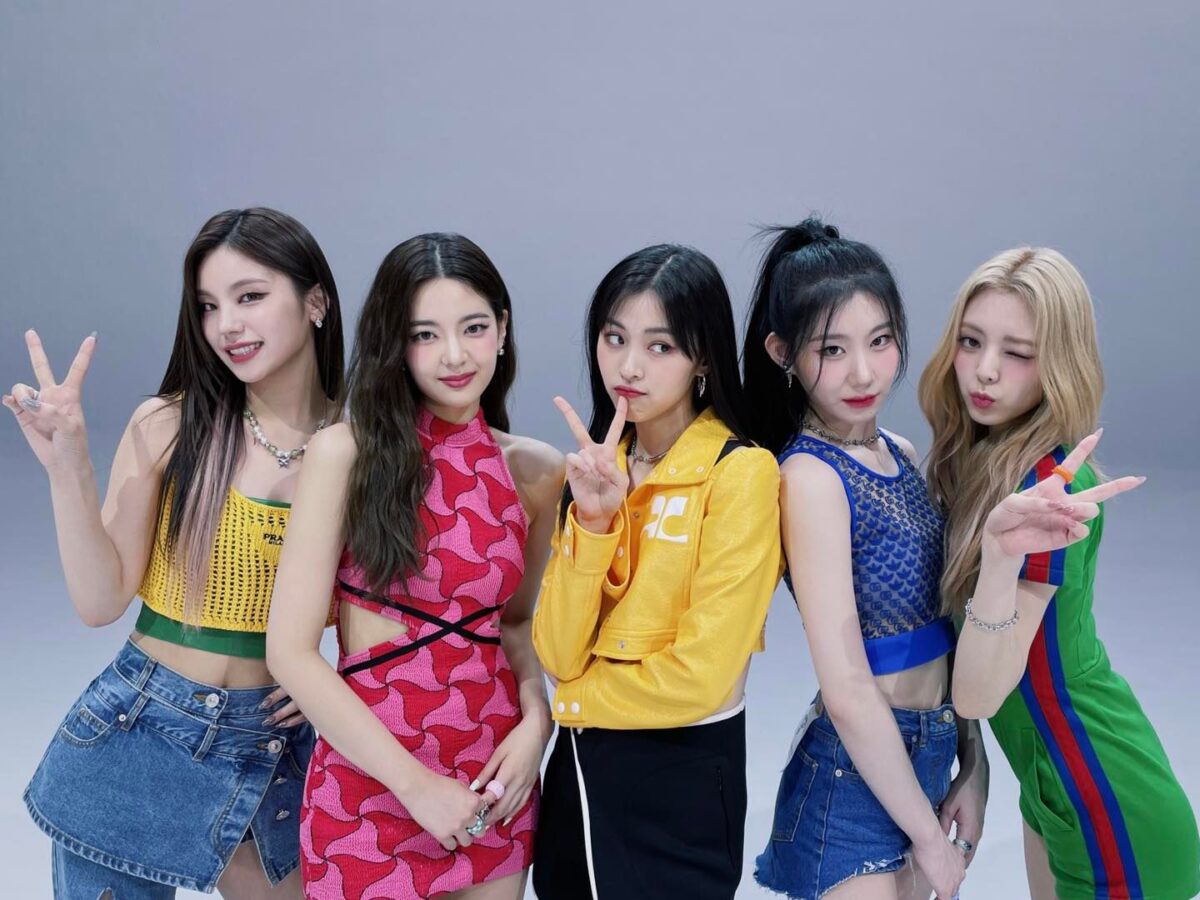 Itzy is no stranger to flexing–from dancing on the roof of multiple Kia Souls in Dalla Dalla to riding a Lamborghini Urus in Swipe, the girls do know how to make a statement in their music videos. In Sneakers, their main flexing point is showcasing what appears to be bespoke pieces from the adidas X Gucci collaboration–after all, they have all the rights, since they are one of the biggest endorsers of the Three Stripes right now.

Of course, the Sneakers music video is not complete without them showcasing their sneakers as well. We could not properly identify them, but in the royalty part of the music video, the group was rocking metallic silver adidas sneakers (Forum Mid for Yeji and Lia, and unknown silhouettes for Ryujin and Yuna), while the 20th Century part has some of them rocking Palladium boots.

The Y2k part, which has the most eccentric set of sneakers, is hard to identify, but at least one of them is a pair of Asics runners. 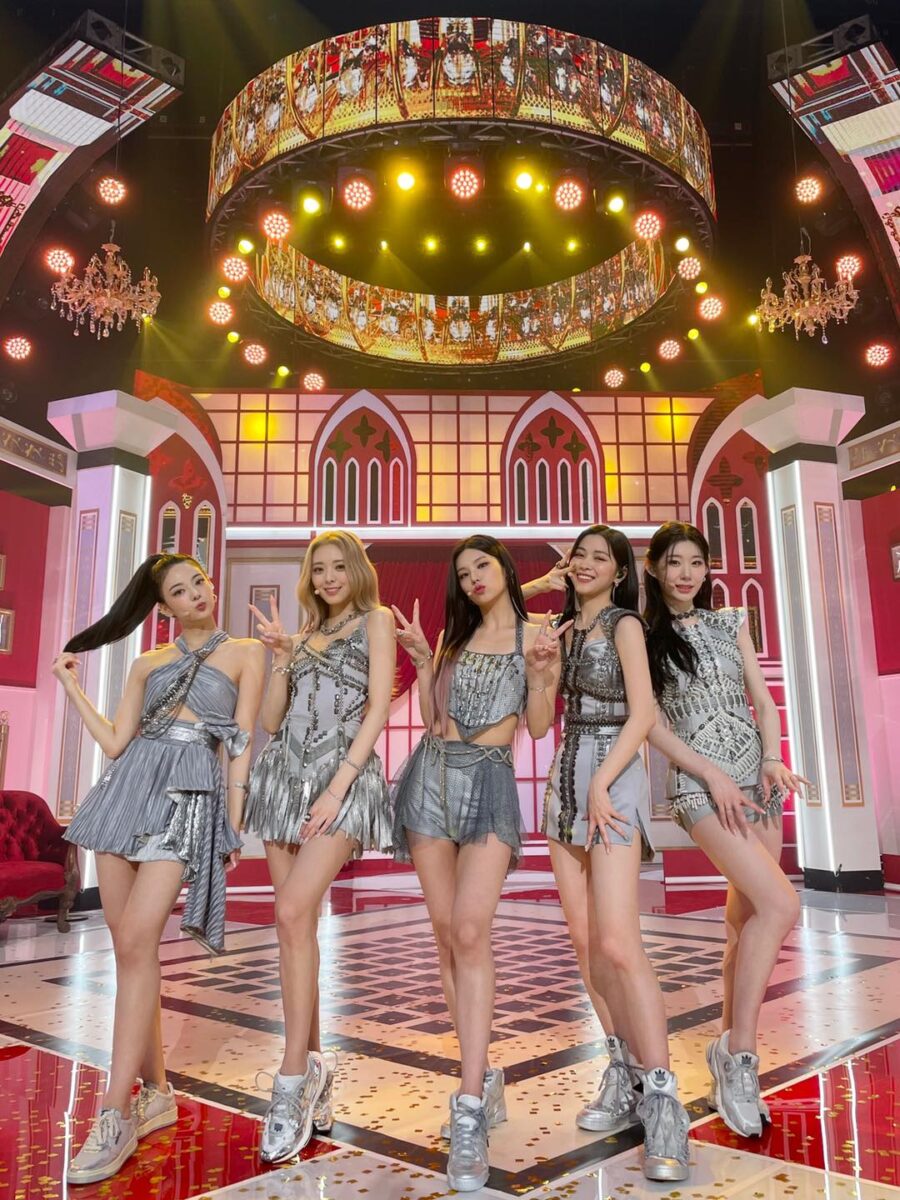 For the rest of the album, Itzy went for more rap-heavy tracks, giving almost all songs a hip-hop-like vibe. They did get cues from Aespa’s trap tracks in songs like 365, while What I Want gets inspiration from pop songs from the 2000s.

Racer, on the other hand, sounds very similar to their special track for reality show Street Dance Girls Fighter entitled Weapon–and we honestly wonder why that song was not included in Checkmate despite fitting the overall vibe of the album.

Like with all of Itzy’s albums, there’s a single ballad album to wrap it up, and Domino is good–but not as great as their other ballads like Tennis and Be in Love. One of our biggest complaints about this album is how short it is–excluding the English version of Sneakers, the album is just only 17 minutes long, and we expect an established group like Itzy to have more songs to boot. 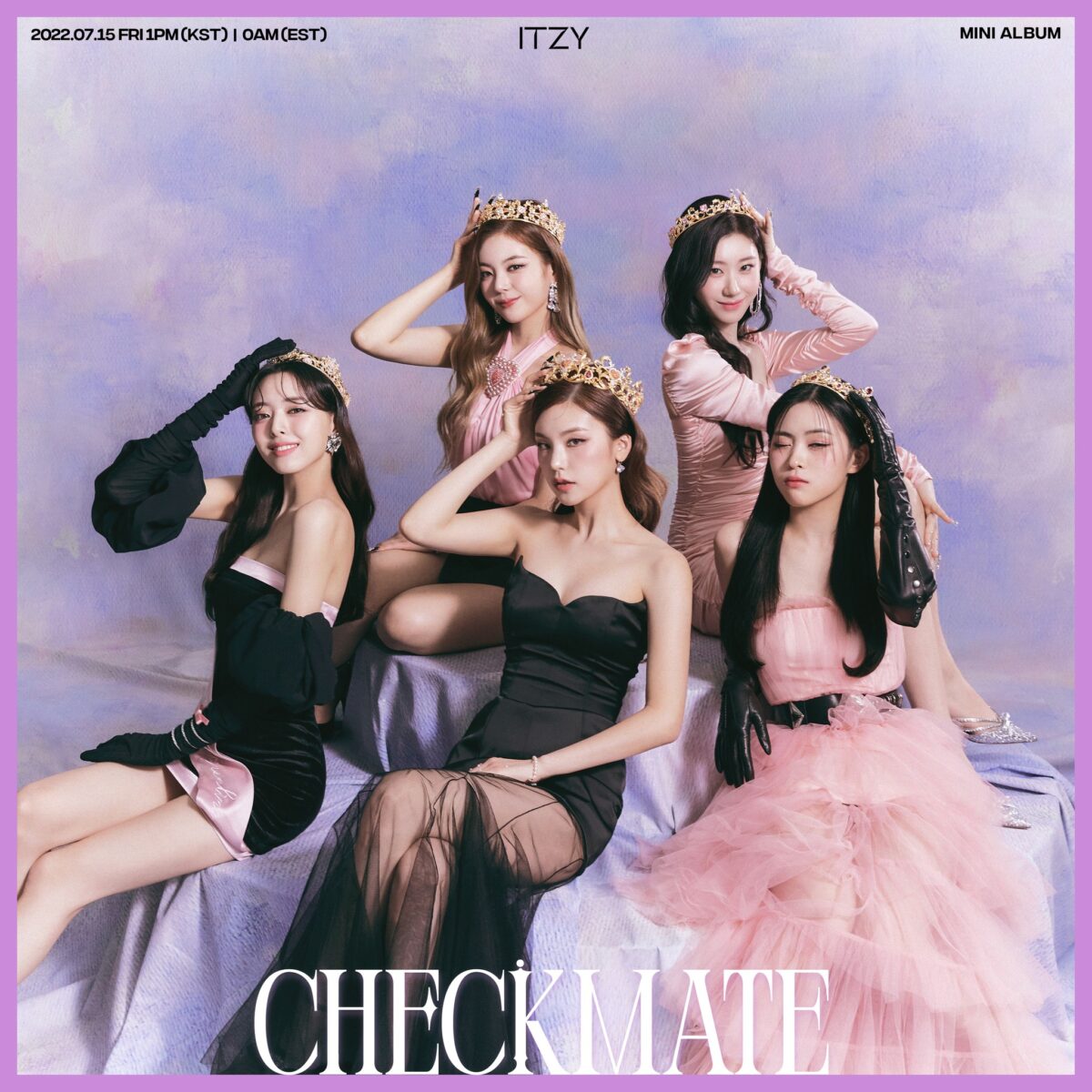 Our review shows that the overall concept for Checkmate is one of the most polarizing (if not the most) we have seen to date, and Itzy manages to pull off squeezing in not just two–but three concepts in one music video without looking like a hot mess.

Itzy decided to not play it safe and take a few risks with the other tracks of Checkmate, and while we felt that the mini album is short for their caliber, the hip-hop, rap-heavy tracks fit well with their overall image. 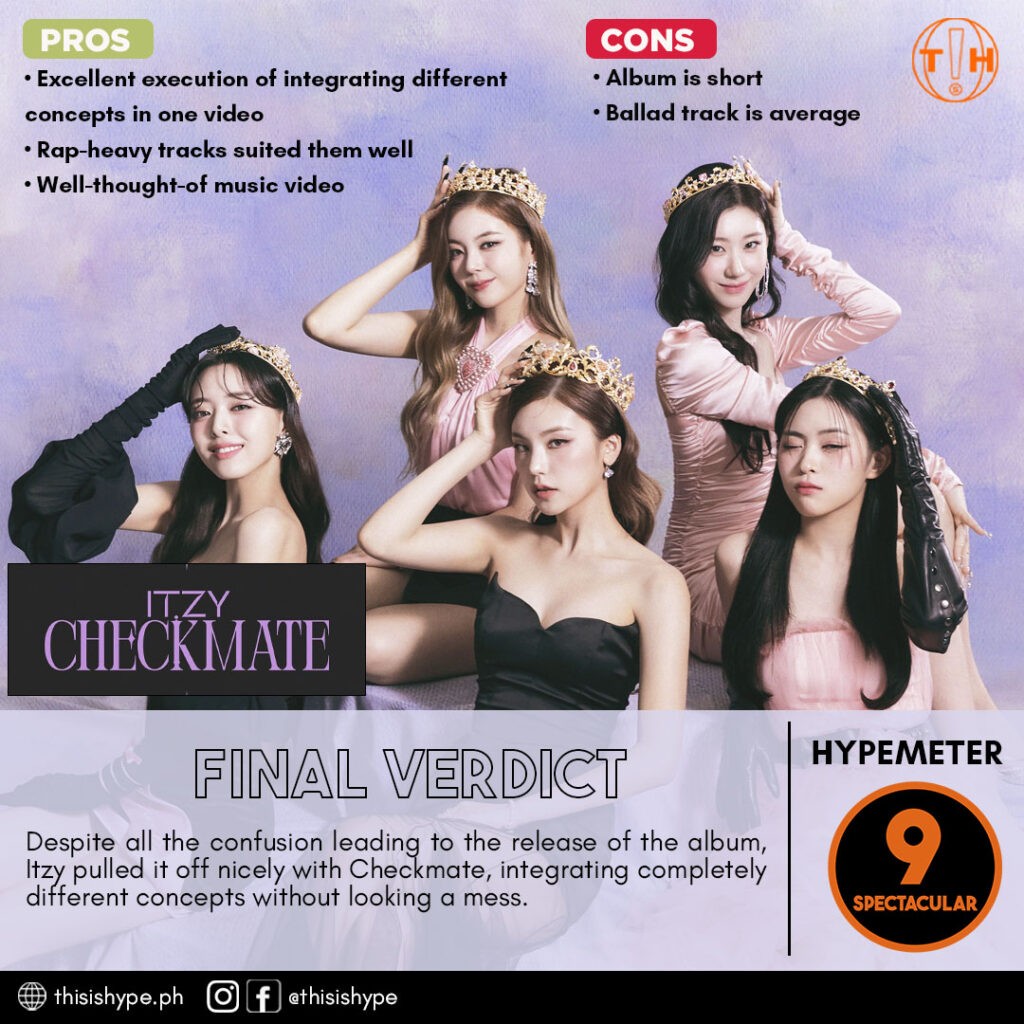 We had a hard time deciding what grade should Checkmate get on our Hype Meter, and we think a 9 is just right. The album has its flaws, but Itzy pulled off a big one here, especially in integrating two glaringly different concepts in one album.