Home Art and Culture ‘jeen-yuhs: A Kanye Trilogy’ Review: Understanding the Man Himself 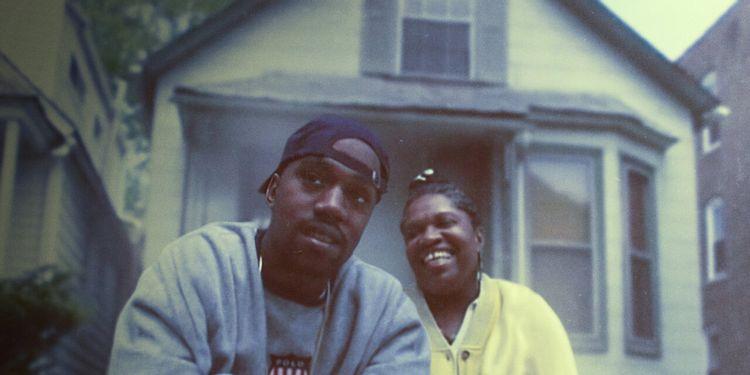 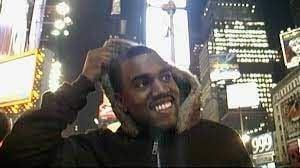 Kanye West has always been a man of epic proportions. His unwavering vision, his music, his fashion have all threaded the path of the left field and are unpredictable. It’s also safe to say that he is indeed a walking contradiction. But let not that fool you, the man makes that work to his favor most of the time if not all the time.

“jeen-yuhs: A Kanye Trilogy” explores Kanye West’s journey through his childhood friend Coodie Simmons who’s documented and narrated the man’s long uphill battle to where he is now. We review jeen-yuhs in its entirety to see if the documentary helps us understand Kanye better.

Through this documentary, the viewer is treated to a complete nostalgia trip. The documentary is not solely focused on the rapper as Coodie holds it down with his own life story and how he dips in and out of Kanye’s career. Through his own talent and connections, the documentary highlights how it has also enabled him to tread his own path. 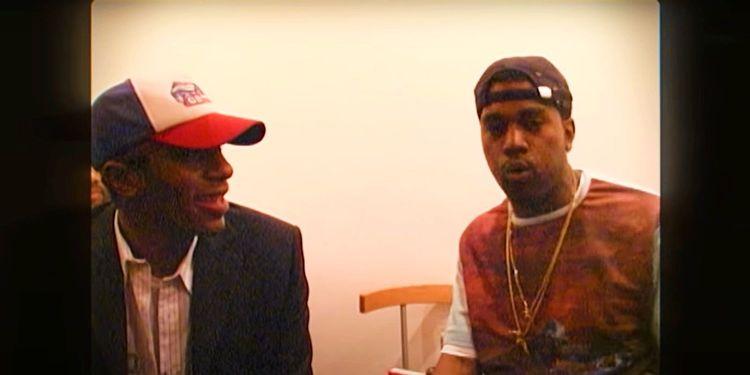 As the title is word crafted, jeen-yuhs: A Kanye Trilogy documents and presents the life of Ye in three one hour and plus episodes. The first one is “VISION” which shows a young and hungry producer who’s hellbent on getting himself signed as a solo artist and rapper. The second one entitled “PURPOSE” shows Kanye’s second life after his crazy car crash that almost destroyed his growing rap career and how he turned it all around with the success of “The College Dropout.” The final one is “AWAKENING” which documents Kanye’s media meltdowns, Trump affiliation, and finally his “Jesus Is King” era.

The hard road to success

The first two chapters are personally my favorite as we are given a glimpse of Kanye’s genius in its rawest form. His life as a producer and how bad he wanted to steal the limelight without the usual gangster rapper posturing is amazing. Jay-Z and Damon Dash definitely saw Kanye as a producer for the Roc-A-Fella roster and that wasn’t Kanye’s goal- he wanted a bigger size of the pie as a solo rap artist.

One notable scene was when he was playing his songs and rapping along with them at the Roc office. For sure, by the time it was documented it wasn’t their first time seeing Kanye do it. The mere fact that Kanye believed in himself so much that he had to do it on the regular is one for the books. Call it fame by repetition if you will, but it’s these self-deprecating things that he does to attain such greatness that sets him apart. Another one is how Pharrell Williams reacted to his song in the studio. As you know, Williams and West are behind-the-scenes artists who’ve come into their own and are now bigger than some of the artists they produced and supplied beats for.

Donda West also plays a huge role in Kanye’s character as she was behind him all the time. The documentary shows this period in time perfectly. Donda West was highly instrumental in Kanye’s go-getter attitude which borders on overconfidence which according to West is not bad at all as he wishes everyone to be overconfident. How can we argue with that, right? 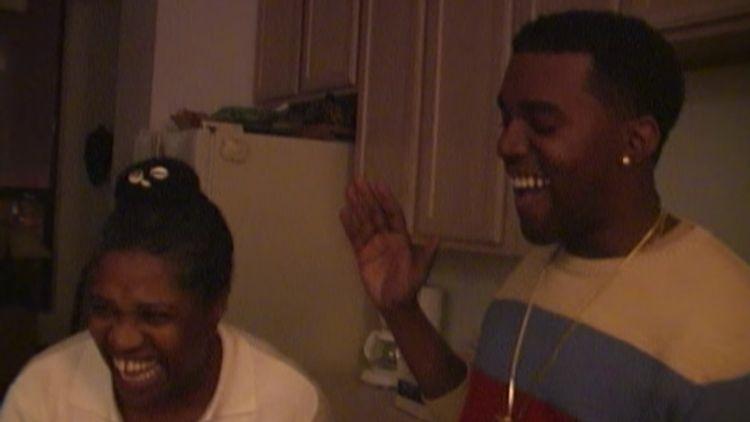 All in all, jeen-yuhs: A Kanye Trilogy is a trip down memory lane which gives us the perfect picture of why Kanye’s become who he is. He definitely is a character with iconic albums, crazy sneakers, an artsy fashion DNA, and most of all an overblown ego and mouth the size of Chicago. But I say that in jest as I am and will forever be a fan. 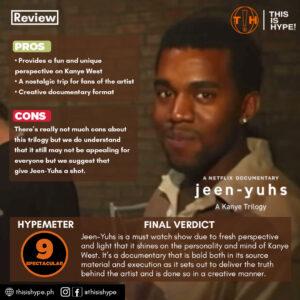 For this trilogy, I would give it a strong 9 on our Hype Meter. If you’re a Kanye fan, I would strongly recommend binge-watching the hell out of it, it’s that good.

Speaking of other things to watch, here’s a spoiler-free review of Batman.