Home Editorial Jeremy Scott x adidas Is Back and We Don’t Know What to... 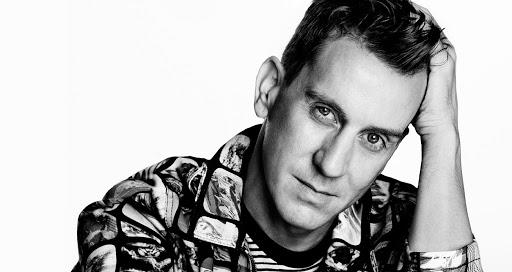 Who remembers those adidas sneakers with teddy bears on them? While those sneakers may be imprinted in our memory due to their out-of-the-box design, few remember who was behind it all; the answer to that is Jeremy Scott. Sneakers known as the JS Bear, JS Poodle, JS Gorilla, and JS Wings were all the product of the Jeremy Scott x adidas collab from the mid 2000s to the early 2010s. The ingenuity between both parties in the past crafted the sneakers below: 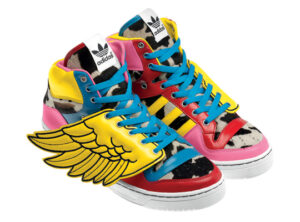 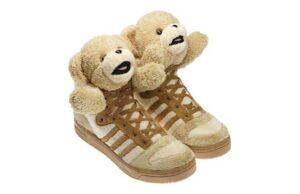 However, the reason why it has been a while since we’ve seen any of these pairs on the streets is that the Jeremy Scott x adidas partnership ended back in 2015. During the 12 year partnership which started in 2003, Jeremy Scott’s line of sneakers received both love and hate. Praise for the sneaker arose due to the fact that no one had seen anything like them before. On the contrary, controversy occurred as some of his designs were too peculiar for fans to get behind. Despite all of this, Jeremy Scott managed to influence the manner in which sneakers were designed for adidas and many other sneaker brands. 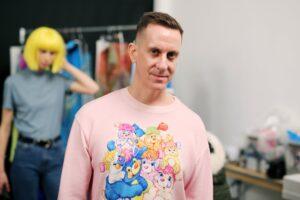 Roughly 6 years after the partnership between Jeremy Scott and adidas came to an abrupt end, the Three Stripes is hinting at a return of the partnership in the Fall of 2021. While a rough release date is all we know thus far, it can be expected that the products released under the collaboration will be nothing short of colorful, abstract, and fun.

In the past, pairs released by Jeremy Scott x Adidas garnered enough hype to be sold in the secondary market with a small price premium. Considering it has been a while since new sneaker designs have been released, it is likely that there will be hype surrounding potential upcoming pairs, although not enough to send resale prices through the roof.

Are you excited for the return of Jeremy Scott to Adidas? We are definitely excited to see what this collaboration has in store! While we wait for more official details to surface, head over to this article to check out Hare Force 1s: Space Jam x Nike Air Force 1.