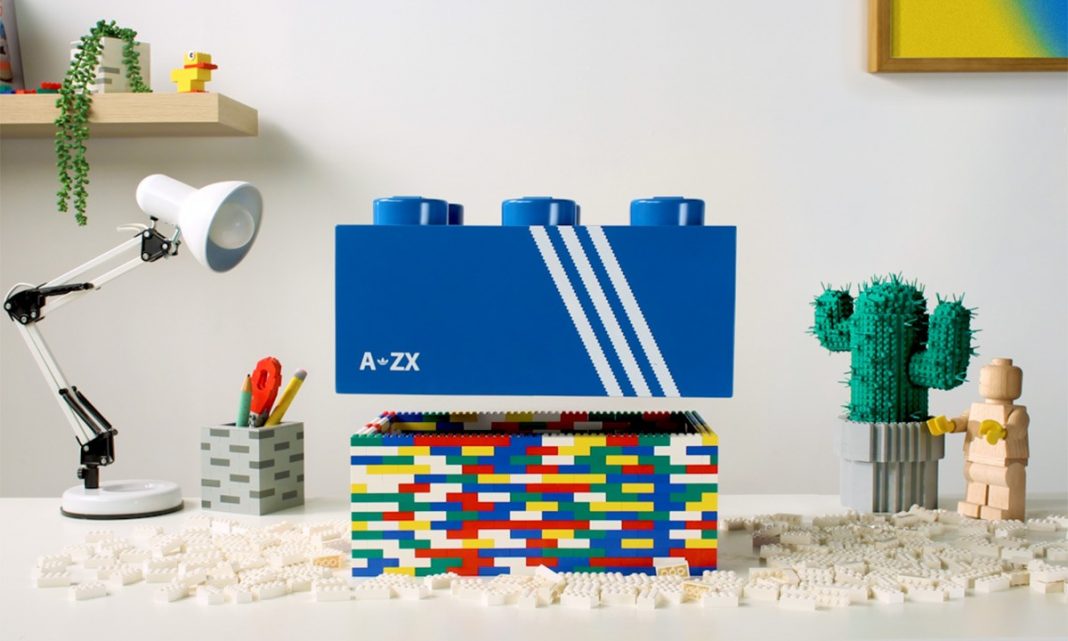 For almost a century, LEGO has been one of the most recognizable brand in the toy industry. Known for their interlocking LEGO bricks, their toys can be assembled to form just about anything. In the past, The LEGO Group has been known to collaborate with famous movies in order to create different sets inspired by the world of the film. Movies like Star Wars and Batman have jumped into the world of LEGO and have had figurines such as the Death Star and Batmobile.

Although this time, during LEGO’s most recent collaborations, the brand has decided to take a leap into the world of fashion. The German sneaker giant, adidas, and the world-renowned denim jeans brand Levi’s are taking their turns creating their iconic pieces inspired by LEGO. As both collaborations have just been announced, there is scarce information about the upcoming drops, but this is what we know thus far.

As seen in the teaser video above, a shoebox assembled by LEGO bricks contains the Adidas ZX 8000. In line with the brand’s ongoing A-ZX project, which promises to release several modern renditions of the ZX line, this upcoming collaboration is one of these renditions. Although shown very briefly through the teaser, the ZX 8000 is primarily beige with tones of red, blue, green, and yellow, inspired by the base color pieces of LEGO. 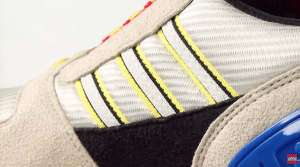 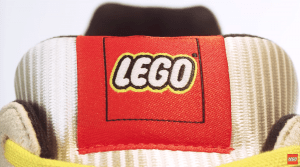 Whether you’re a LEGO collector or a fan of Adidas collaborations, this upcoming release is definitely something to look forward to. It’s the perfect balance of unique and classic. While the shoe retains the silhouette of the influential ZX 8000, it includes the use of LEGO bricks seamlessly implemented into the design.

As for the Levi’s collaboration, barely any information has officially been announced, save for a teaser for “Two iconic names, one colorful collaboration”. Aside from this, leaks regarding the upcoming release have indicated that a denim jacket, hoodies, T-shirts, a trucker cap, and a hip bag will be a part of the collection. Similar to the Adidas collab, this collaboration will also make use of small LEGO plates for the fixture of actual LEGO blocks.

As the launch date is set for September 10, you can expect more official information to surface to answer your questions about what is to come.

These collaborations are very promising amidst the ongoing global pandemic as it shows that despite all the disruptions, brands are not stopping. As more and more collaborations between music, pop-culture, and fashion surface, fans are given something to look forward to for the rest of 2020 and the year 2021—something everyone needs right now.