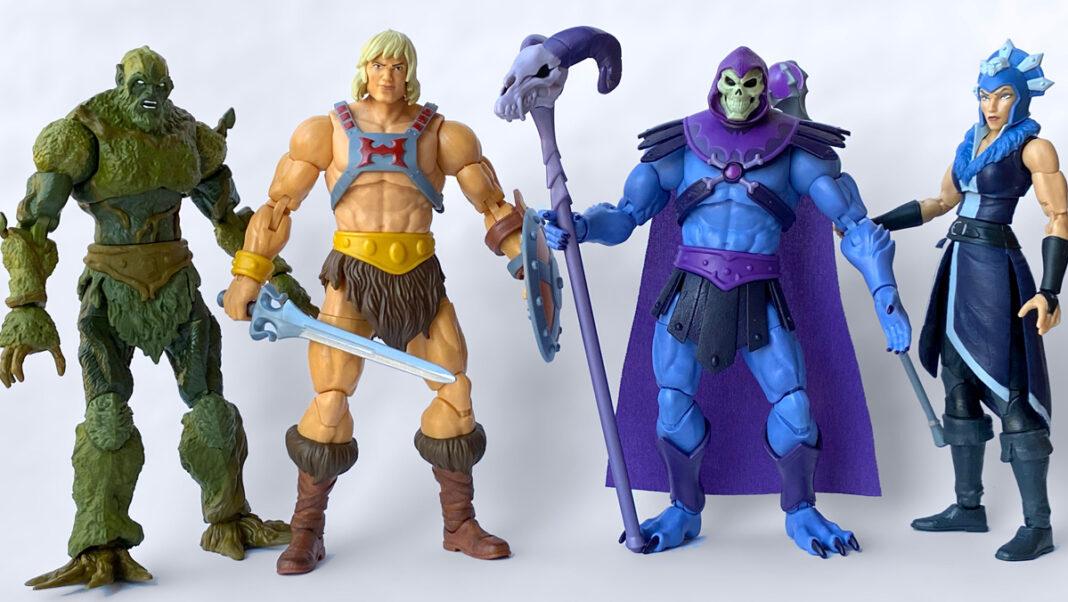 The news is out: Toy giant Mattel just revealed a hot set of ‘Masters of the Universe: Revelation’ Action Figures up for pre-order!

In the 80s and 90s, it was common to see cartoon franchises bring in action figures. It’s just simple logic: send these kids into a frenzy over the cartoons then sell them the toys that they can pester their parents with.

Nostalgia now is a big thing. To celebrate its Friday launch on Netflix, this first series of toys is definitely a reason for fans to celebrate and start a new collection under the Masters of the Universe Lore!

On the starting line-up of things will be well-loved arch-enemies He-Man and Skeletor–both boasting of more than 30 points of articulation. Bear with us as we plunge into the old school and describe this starting lineup of characters… Take note that there may be changes to the characters as the series develop.

He-Man is dubbed as “the most powerful man in the universe” and the alter-ego of Prince Adam.

Armed with a harness that enhances his strength. He carries the Sword of Power, a battle axe, and a shield. His alter ego Prince Adam is fun-loving, lazy, and cowardly while He-Man is the exact opposite. He was granted the Sword of Power by The Sorceress of Castle Grayskull, upon lifting his sword and saying “By the Power of Grayskull… I Have the Power!” he is magically transformed into He-Man, defender of Eternia.

Skeletor is the arch-enemy of He-Man, basically the Megatron to our Optimus Prime. Skeletor is an evil demon from another dimension. In the ’80s, he started out as a purely evil character only to, later on, be injected with funny and sarcastic one-liners that have proved his meme-worthiness.

To join in the fun is Evil-Lyn: a malevolent sorceress, whose powers seem to be second only to Skeletor’s. Exceptionally cunning, she’s merely on evil’s side for her own selfish ends.

Skelegod is basically a new character that we are all excited to see. One thing though, he looks tougher than Skeletor!

Moss Man’s power is to camouflage into foliage and other green areas, as well as control all plant life. He lives in the Ever Green forest in harmony with the animals and plants.

Rounding up the lineup is Ultimate Battle Cat, an 80’s favorite is also known as Cringer. A large cat and loyal to Prince Adam AKA He-Man Whenever Adam transforms into He-Man, he uses his Power Sword to transform Cringer into this guy to ward off Skeletor and his evil minions.

The series itself is nothing short of exciting with Kevin Smith behind the said reboot. Releasing in two parts, the first is comprised of five 30-minute episodes. Chris Wood is voice acting Prince Adam/He-Man while Mark Hamill will be the voice of the ever sinister Skeletor.

Locally, expect them to drop via our trusted local stores as Mattel has a very prominent and trusted Philippine distribution!

The said series is dropping this July 23, Friday on Netflix, so best get those drinks and snacks ready!

In other news, here are the 10 Best Pixar Films to Date!