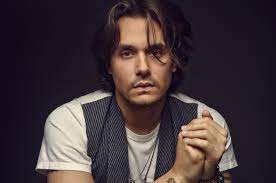 The music scene has had an abundance of great tracks so far for 2021 with more artists set to come up with more amazing content. Included in the long list of artists is the singer-songwriter John Mayer. He recently released his new album entitled Sob Rock last July 16 with a total of ten tracks on the record. We have devoured the new album, Sob Rock by John Mayer in its entirety and have come up with a track by track review:

Kicking off Sob Rock is the track Last Train Home which debuted as a single to promote the album. The song is heavily inspired by a rich ‘80s rock sound specifically serving as a homage to the band Toto. Despite the influences from the popular ’80s band that are evident throughout the entire song, Mayer is able to intricately and creatively add his identity to the song. The signature guitar riffs and heart-wrenching lyrics that are layered beautifully in the track make for a fresh yet familiar-sounding song that unarguably captures the creativity of John Mayer.

Shouldn’t Matter but It Does

John Mayer’s new album takes a drastic shift from the get-go with its second track that brings us into a sentimental and emotional ride. Shouldn’t Matter but It Does, unlike the previous aforementioned song, is a ballad-like song that brings its listeners into a state of reminiscent daydreaming. The simplicity of the song’s melody and guitar strumming is matched by a beautifully layered lyric that keeps on building up until the very end. Mayer is able to perfectly capture heartaches and how the past can still linger on — emphasizing that those moments shouldn’t matter but somehow they do.

John Mayer is so strategic in the way that he devices his tracklisting for this album (but more on this later). New Light brings the energy back up as a song that is easy to bop and dance to. The track literally brings new light and a breath of fresh air to the album as well as a new meaning to the very emotional lyrics which focuses on the persona’s desire to break free from the so-called “friend zone”. The melodies and rhythmic beats of the song serve as a well-ladened juxtaposition which makes the song so easy to listen to despite its deeper meaning.

Why You No Love Me

Leave grammar rules out of the window for this one, please. The title and repetitive nature of the song’s lyric “Why you no love me” may sound like a joke when you hear it for the first time. It is however a poetic statement of posing such a question in a child-like manner. Mayer for the lack of words reverts to speech uttered by a kid that seems silly but is completely bare and vulnerable in mustering up a question that most adults don’t have the courage to ask. The pace of this track diverts once again to a slower pace with a song that most likely would be played in a bar, with a drink in your hand as you are stuck in a deep emotive state.

The emotional ride that this album takes us continues and has no signs of ever stopping. Midway into the album, Mayers gives us a chill and seemingly joyful sound which masks the deep cuts we received from the lyric. This track sounds so distant from what a breakup song should be — which it is. Its smooth rhythmic and upbeat patterns constantly change giving us a new experience altogether as the song progresses. And when you get to the sweet guitar riffs that Mayer has been known for, Wild Blue suddenly transforms into a song that you would want more of.

Shot in the Dark

The opening of Shot in the Dark, the sixth track in Sob Rock, provides a more optimistic vibe from the get-go. It is resemblant to Mayer’s earlier works such as Why Georgia and Your Body is A Wonderland. The positivity and ‘90s retro sound in the instrumentals serves as a backdrop for the message of the song. Shot in the Dark is a revelation of track in encapsulating within the lyrics the necessary risks that are to be taken when it comes to love. Furthermore, Mayer is able to vividly paint a picture of pursuing love despite the uncertainties and messy nature that comes along with it.

The progression of each song just keeps getting better. Just when you thought you knew what to expect from this album, Mayer keeps us on our toes with a song better than the last. I Guess I Just Feel Like is an honesty session from the artist that is rid of any inhibitions — willing to lay everything on the line for all to hear. There is just an overwhelming amount of honesty in this song that permeates from both the lyrics and the mood that it melodically sets. This is a track that you simply can’t get enough of and one that begs its listeners to settle into an emotional trance.

Til the Right One Comes

Amidst the tracks that leave us an emotional wreck, Mayer has been known to also deliver songs oozing with a positive and encouraging message. Take his 2006 song Waiting On the World to Change for example and then add one of his more recent masterpieces Til the Right One Comes. This is a song that also rides on the concept of waiting but this time around it refers to the opportune time for love to come which Mayer is positive will come. He openly tells neigh sayers that the right kind of love is just around the corner in this song which contains both a positive lyric and mood.

This is a track begging for an escape from the ordinary and mundane into a life filled with unexpected and joyful abandon. It’s a track perfect to be played on the open road during a long drive as it is filled with a chill yet joyful sound that is just infectious. Carry Me Away’s message is clear and straight to the point about the power of love to take us away into an adventure of a lifetime. The lyric is matched by a smooth sound that automatically creates an atmosphere filled with positive and cheerful vibes.

All I Want is to Be With You

The last track in the Sob Rock album ties every song together with a slow-paced country-sounding song. The first few seconds of the song have an old Western film suspense kind of melody which immediately shifts into this soft lullaby-like song that contains yet another moment of honesty. The song is an artistic longing from a person who has tried to simplify his utmost desire which is uttered so brilliantly in this track. It is creatively layered and devised in a way that despite the lack of a defining chorus, the message in fact resonates within each line and each strum of the guitar and all other instruments combined.

As seen all throughout this review, Sob Rock offers an amazing listening experience like no other that only John Mayer knows how to do best. From start to finish, we are treated to song after song of pure brilliance that each showcases the creativity and talent of the singer-songwriter. He is also able to take us on a wonderful rollercoaster journey filled with ups and downs in the way that each song is plotted and ordered throughout the album. Mayer further achieves an amazing feat that most artists are unable to do when releasing an album like this which is to have an amazing track continuously progress into an amazing story. Sob Rock with each of its songs continues to get better pushing listeners to devour the entire album. 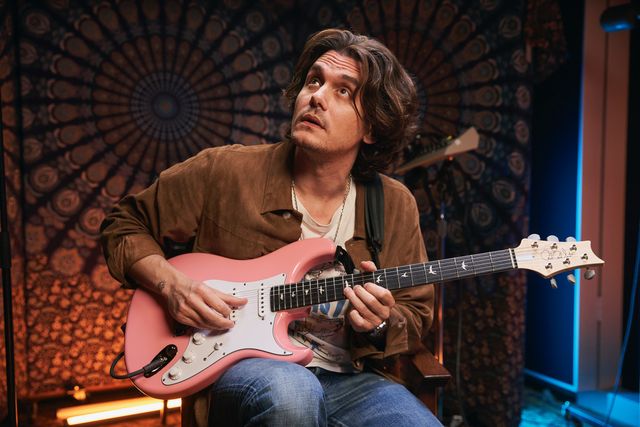 John Mayer has poured his heart and soul into Sob Rock and even our review wouldn’t even be able to encapsulate the unique experience that it offers — you will just have to listen to it and we suggest you might wanna keep the loop and repeat buttons on for this one. Sob Rock, as seen in this review, showcases amazing talent and it may have just opened the door for a desire for more from John Mayer and thankfully there is an abundance of great songs available from Mayer’s discography.

For more on the music scene: