Now more than ever, we’re left thinking about the much-needed break our Earth required from all the hustle and bustle of our cities. Thankfully, Adidas has been keeping this in mind since 2015, with the ocean at the top of their priority. According to their website, “adidas brought a prototype shoe to the United Nations to show what could be achieved in the fight to end plastic waste.” This shoe is known as, Ultra Boost Uncaged Parley For the Oceans. 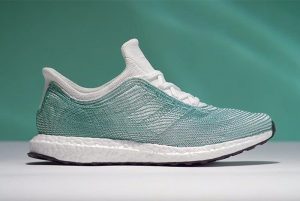 Unfortunately, despite the inspiring efforts behind this shoe, the silhouette was extremely hard to obtain. The production levels were too low for the shoe to make their way to die-hard sneakerheads’ feet. Fortunately, five years later there’s a glimmer of hope. A brand new silhouette inspired by the 2015 release just made its way to adidas.ph. 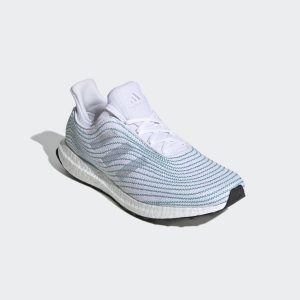 This year’s sneaker boasts an adidas Primeknit textile upper as well as a Stretchweb outsole with Continental™ Rubber. Now, if you’re not one to pay too much attention to the small details, the 2020 release is definitely a viable choice. The main difference between the two models lies in the light blue yarn spun from plastic found on the shoe’s upper.

And we forgot to mention, while the original Ultra Boost Uncaged Parley For the Oceans costs upwards of Php 150,000 on the secondary market, this year’s release only costs Php 8,900.00 on the Adidas Philippines website.

Lastly, for every pair of this limited edition shoe purchased between June 26th-30th, Adidas will contribute 30 EUR to support Parley’s clean-up operations on beaches and islands globally.

Let us know what you guys think in the comments below! Are you gonna cop these?