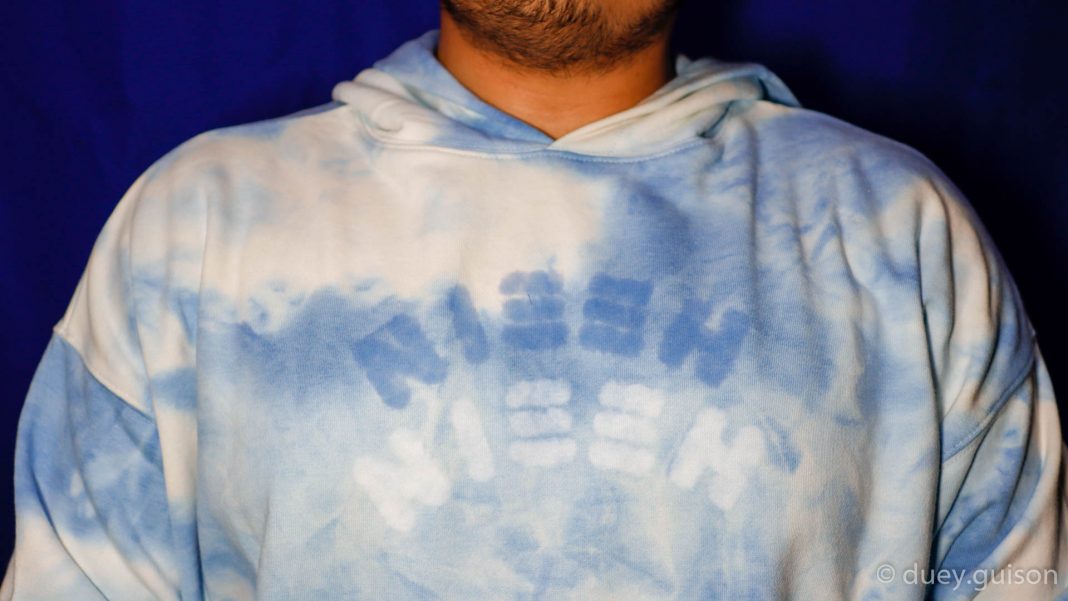 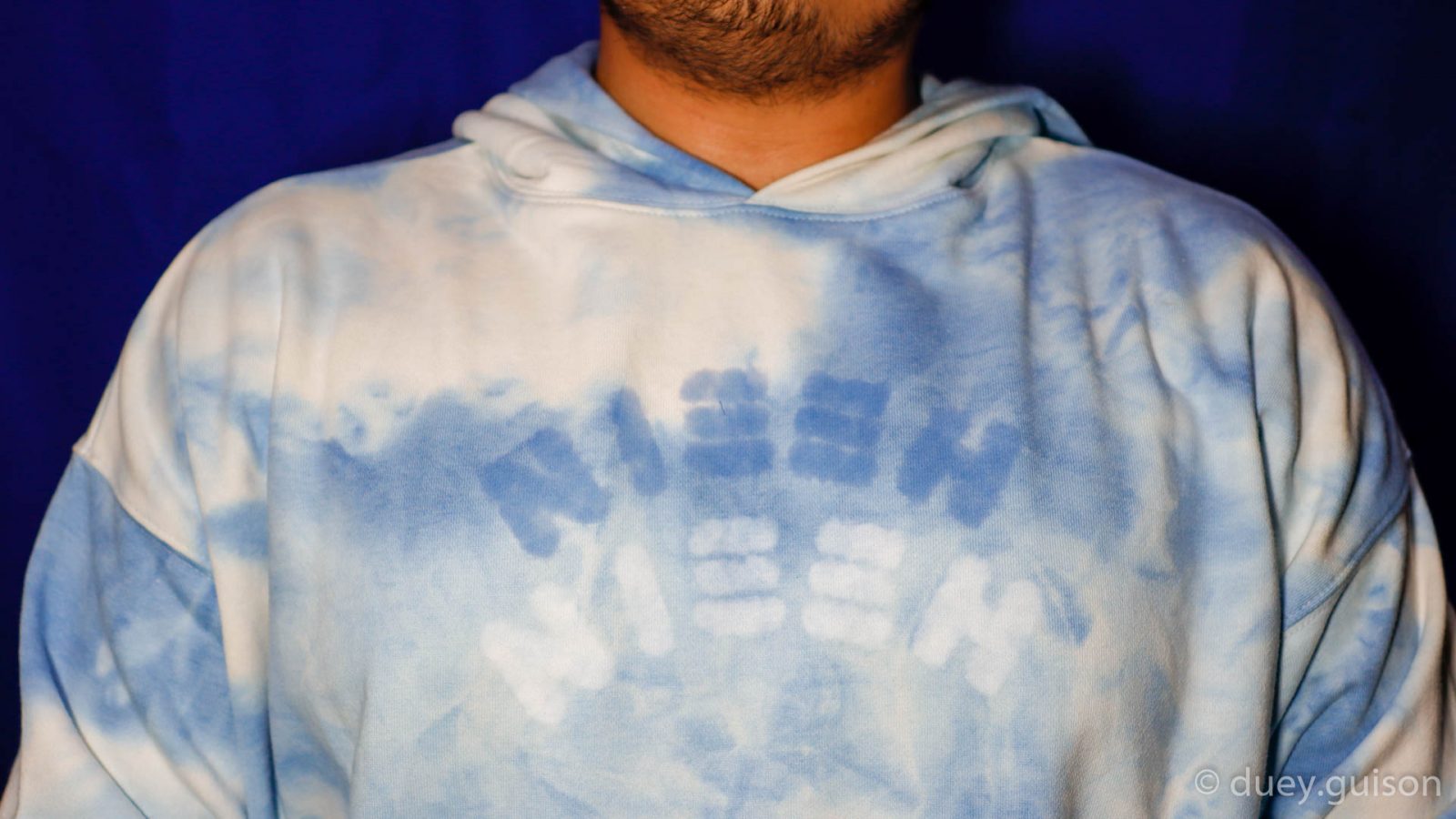 Around the world, there are tons of great streetwear brands that are less noticed compared to big names like Stussy, Supreme, and Carhartt. The Philippines alone has several interesting brands, and the same goes for Korea.

Among the Korean streetwear brands I have encountered—all thanks to my recent interest in KPop and KDrama, I got intrigued by this brand called Nieeh. According to its website, the brand was founded in 2020 but did not mention anything about the owners of the brand. Instead, Nieeh is described as wanting “to share positive energy from something formless throughout our products.”

Their inaugural collection consists of shirts, pants, hoodies, beanies, and envelope bags with a chain accessory. Among the collection, the “Cloudy Day” hoodie is one of their most interesting pieces, next to the envelope bags.

Things get more interesting from there. Prior to the “official” launch of the brand, Jennie Kim—best known as Blackpink’s lead vocalist and lead rapper—was spotted wearing the Cloudy Hoodie on several occasions, the latest during the official opening of the Jentle Home pop-up store in Seoul.

Jentle Home is part of Jennie’s collaboration with Korean eyewear brand Gentle Monster, where all of the pieces she designed (including the eyeglass chains) sold out instantly.

Jennie did wear some of Nieeh’s pieces in the past, and the same goes for fellow Blackpink member Rose and fellow YG artist Somi. Beyond YG artists, Red Velvet’s Yeri was also spotted wearing one of Nieeh’s beanies.

In an interview with Vogue Korea last April, Jennie did say that she considers launching her own fashion line in the future. “I haven’t thought about it yet but if I start, I want to express myself in a comfortable, natural way. A brand that is easier & more comfortable to wear rather than fancy,” she said.

While nothing has been confirmed for now, another possible theory is that Nieeh is a brand owned by Jennie and Melody Day’s Chahee. The two are close friends, and this theory might hold true since Nieeh is a combination of both their names.

Rumors and speculation aside, let’s just wait for further details about this new Korean streetwear brand. For now, let’s appreciate the potential of Nieeh as a brand.

While it is a bit on the pricey side (I paid around Php 7.5k for it since shipping and duties have to be factored in), I decided to get one (s/o to Ajummerch for helping me get one). Frankly speaking,  I like the idea of a cloud-like print on the whole hoodie and the double Nieeh branding in front. It took me almost two months before it got shipped to my house, but boy it is worth it. 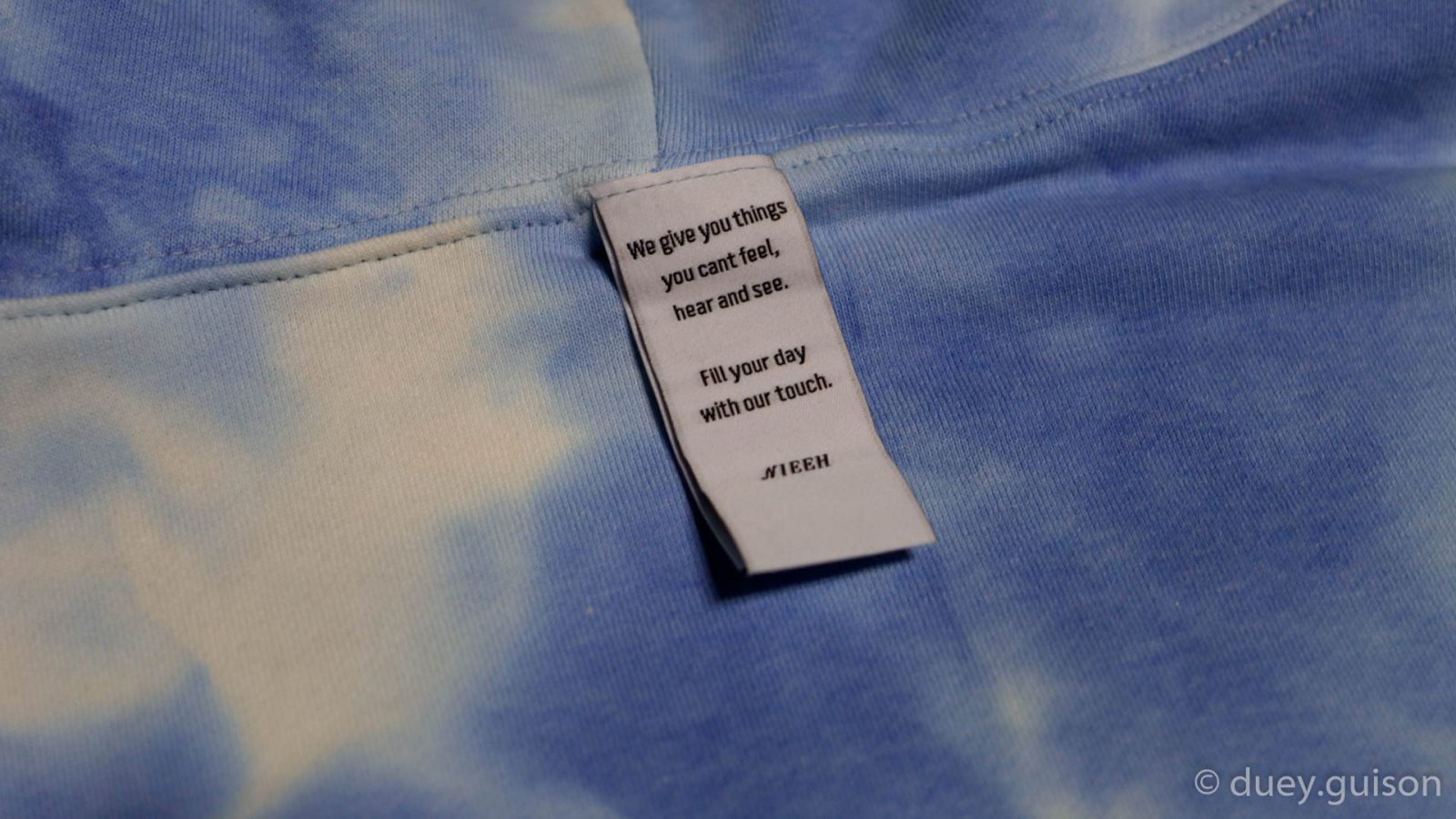 Aside from the cool, cloud graphic, what caught my attention is the tag that is placed outside of the hoodie. Instead of the usual wash instructions, the tag carries a somewhat philosophical message explaining Nieeh’s brand vision. Even weird is its sizing: on the website, you can choose between size 1 and 2. 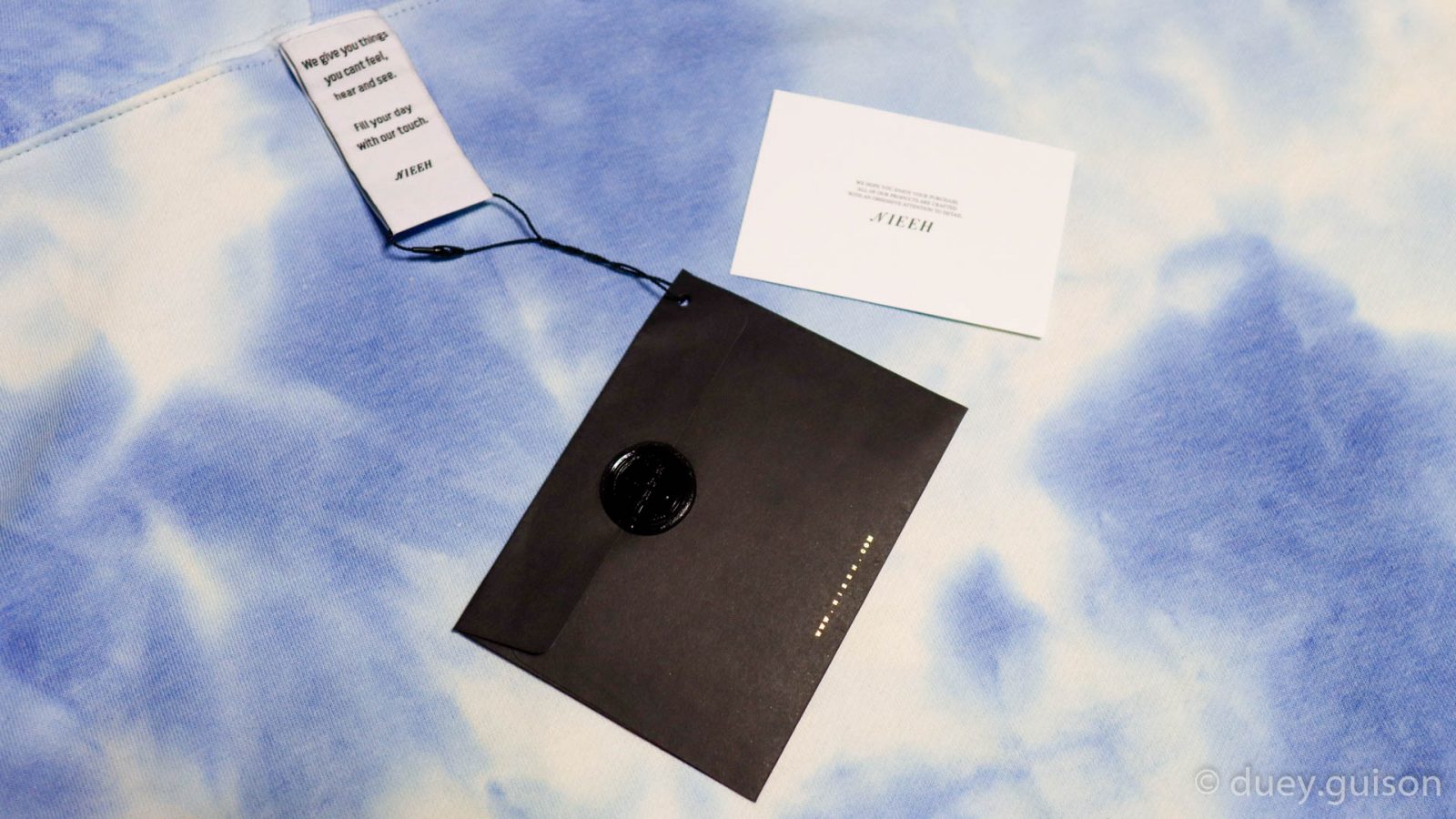 Confused? Well, I was at first, but upon reading the measurements, the simplified sizing basically means that size 1 is small/medium while size 2 is large/extra large. For obvious reasons, I got size 2, and it fits well.

The hoodie has an oversized fit, which explains the rather long sleeves that give it a modern streetwear vibe. Unlike other hoodies I’ve owned, this one has a thinner cotton material, making it suitable even for spring and summer (but not extra hot summer, like what the Philippines experienced a few months ago). 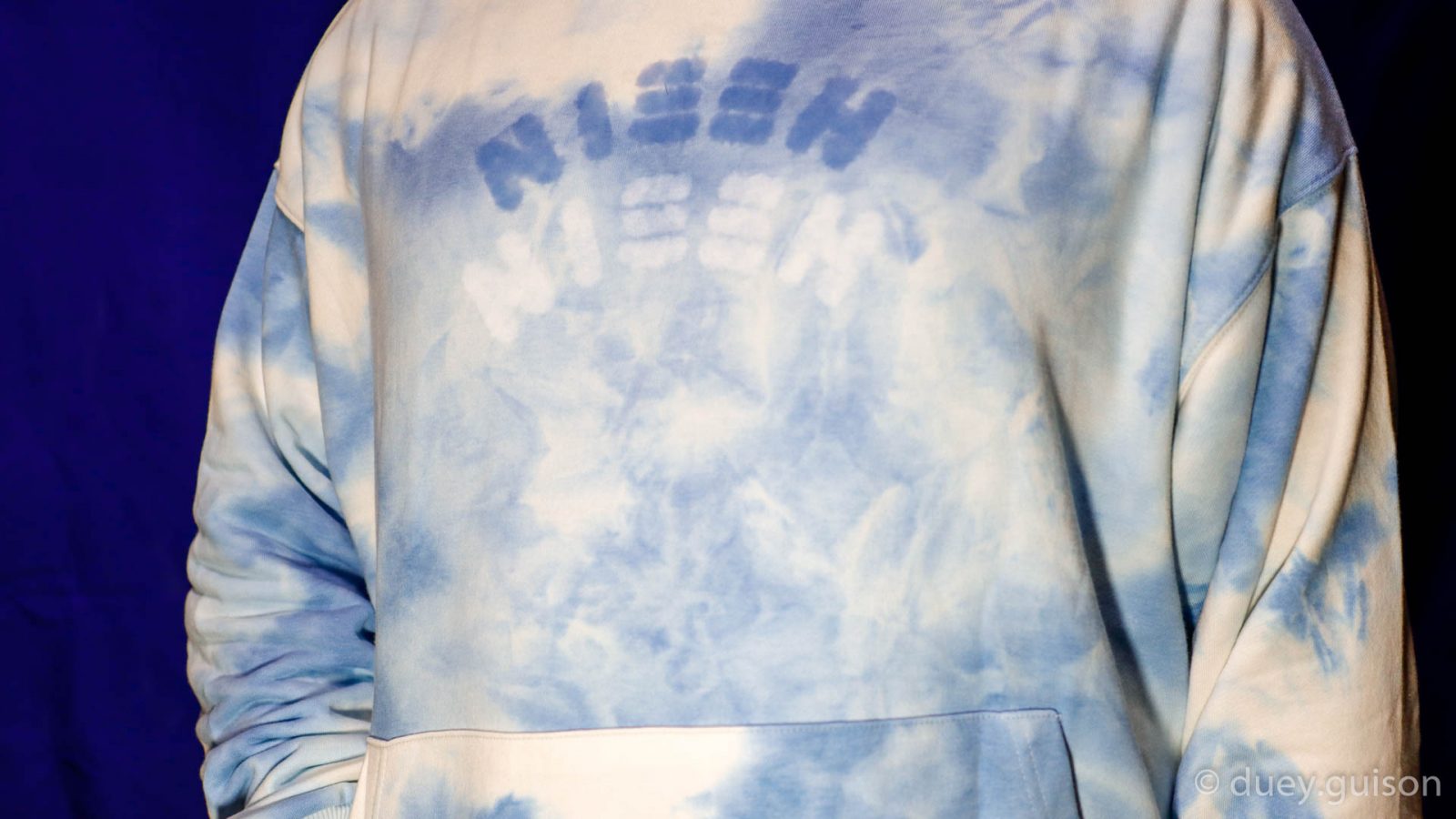 A closer look at the print shows that this hoodie has a unique tie-dye finish that focuses on two key colors (white and blue) with a double Nieeh branding in front. It’s a unique touch that makes this particular hoodie stand out.

Is this hoodie from a new Korean brand worth it? Regardless if it is actually owned by Jennie or not, Nieeh is a promising brand that people should look out for. While their current collection is pretty lean for now (with some pieces on backorder or sold out), I’m quite excited about this brand.

And I really hope we get to know soon if this brand is owned by Jennie or not—or why Korean celebrities are spotted wearing this brand.