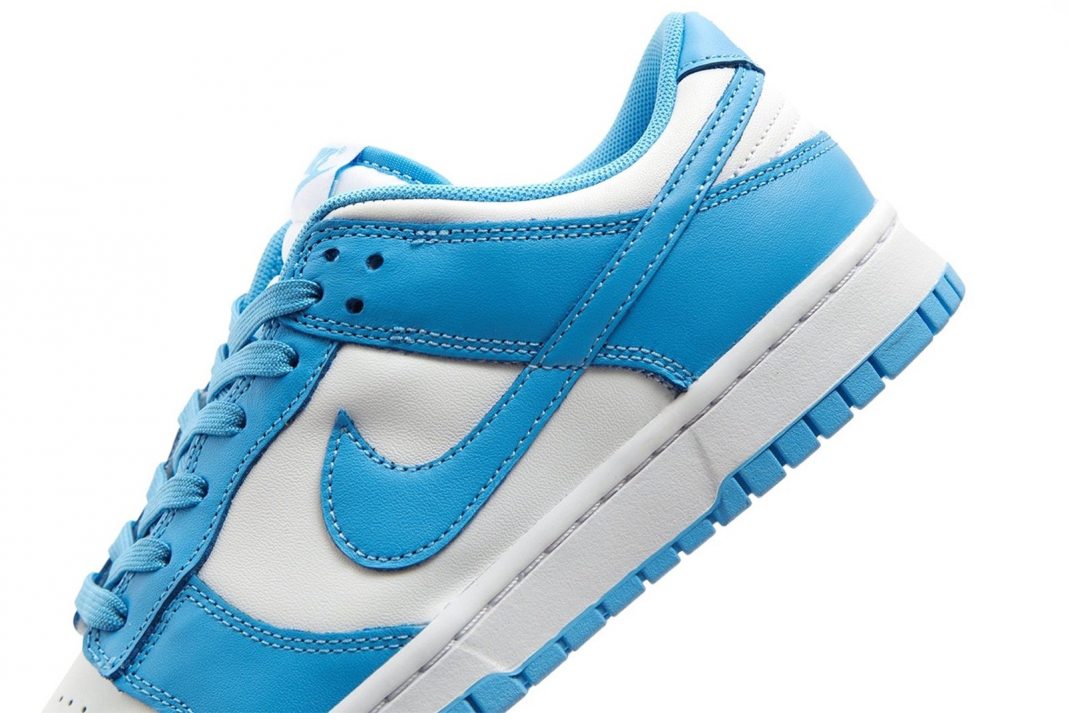 Just last month, Nike released a UNC-inspired colorway of the Nike Dunk Low Coast for women. Fast forward to a month later, Nike is back at it again with the release of the University Blue Dunk Low for men. As we all know, there has been a barrage of Nike Dunk releases, and it seems like it will not stop anytime soon.

Aside from this upcoming University Blue colorway, Nike has teased the return of the Fragment Design x Nike Dunk High pack, which is expected to come out later this year. 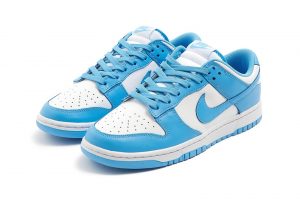 At first glance of the University Blue Dunk Low, not much separates the pair from the previous release of the Nike Dunk Low Coast. However, it’s all in the details. While the women’s release earlier this year incorporated yellow accents in the tongue, heel tab, and insole, yellow is not utilized in the upcoming release. 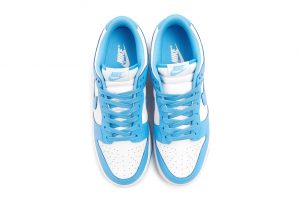 Staying true to the UNC color pallette, the University Blue Dunk Low makes use of only white and bright Carolina blue. If you were hoping to cop yourself a pair of the Women’s Coast colorway but were disappointed due to the women’s sizing, now is your time. 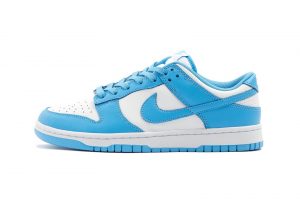 While the release date of this sneaker is yet to be officially announced, it is expected to have a retail price tag of $100 (~Php 4.9k). If you have your eye on this sneaker, be sure to stay tuned for more upcoming information!

In other Nike Dunk news, check out this article as we Take A Closer Look at the Nike Dunk SB “What The P-Rod”!