Home TV and Movies Our Top 10 Episodes From Friends 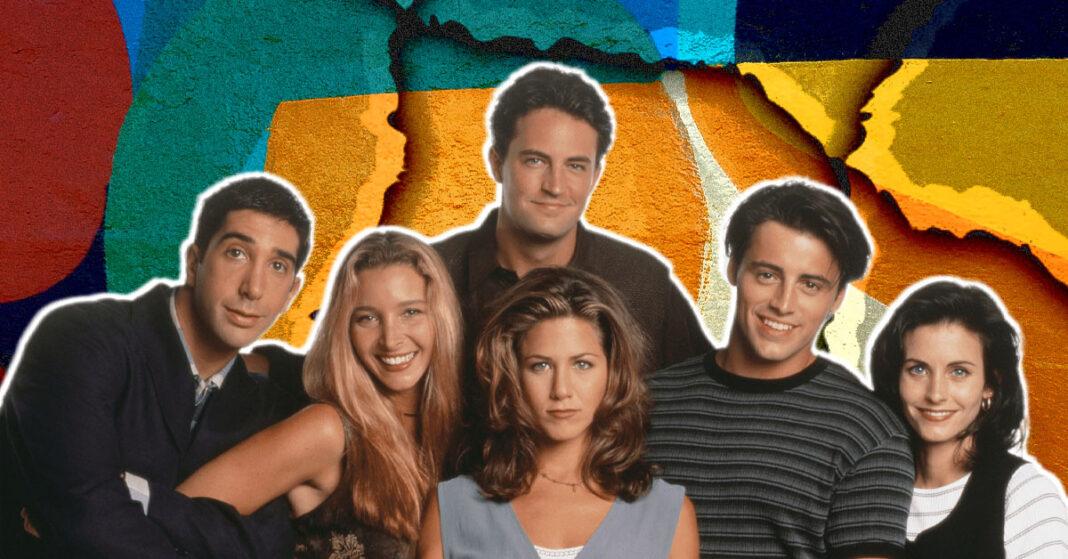 Fans of the ‘90s hit sitcom Friends were recently treated to a trip down memory lane with the show’s Reunion Special. The 1 hour and 40-minute film, formatted like a documentary/live talk show, allowed us to relive the best moments from the series. And since it’s been 17 years since the show aired its last episode, we thought it would be great to list our Top 10 episodes from Friends, since going through the entire ten-season, 236 episode catalog is pretty daunting, to say the least.

If you are new to the sitcom, our suggestion is to start from the very beginning and enjoy the ride that these 6 friends will take you on. Take note that some major plot points throughout the show, will be revealed in this article — you have been warned. 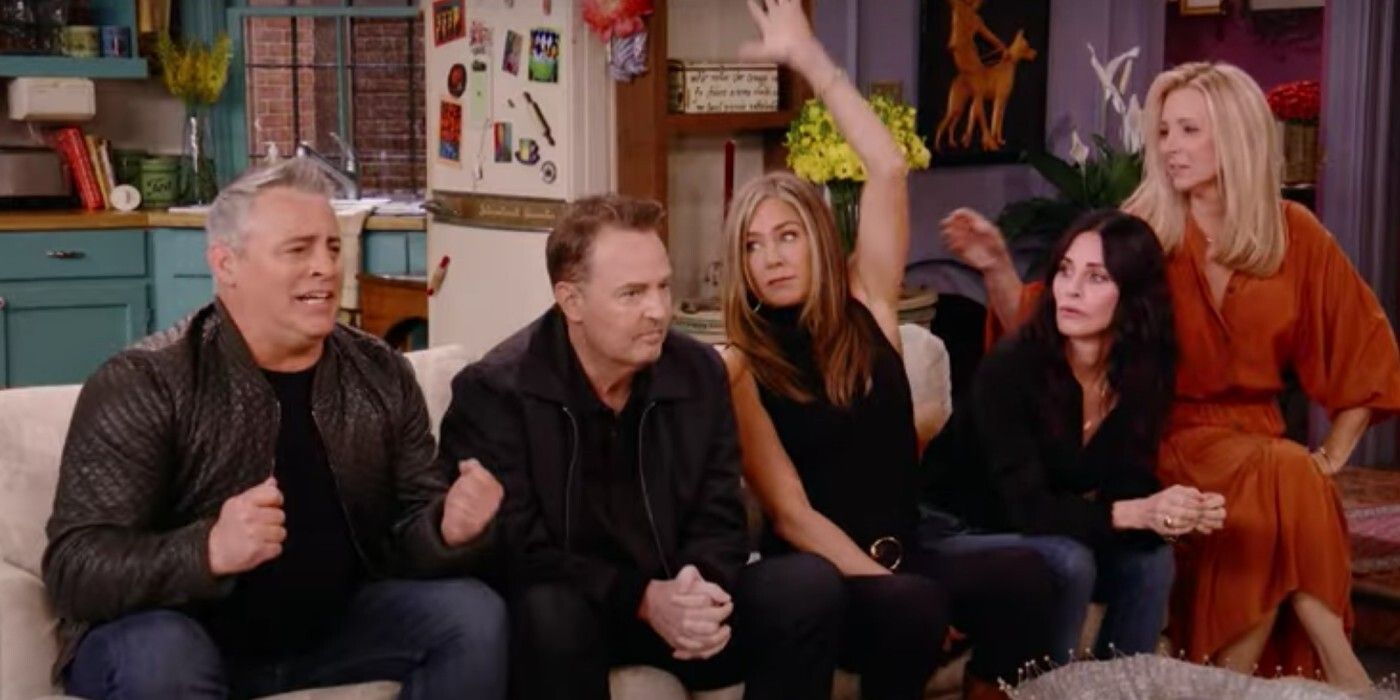 10. The One With The Blackout

In one of the earlier episodes in the series, the producers and writers showcase their talent in creating simple, funny yet meaningful stories from the get-go. One of the main focal points for this episode revolves around Chandler who is trapped in an ATM vestibule — a setting so dated that it may tend to be a foreign concept for younger audiences today. The situation it creates however with Chandler’s awkward demeanor with supermodel Jill Goodacre is just funny in its simplicity. The others also have their own moments amidst the blackout as they camp out at Monica and Rachel’s apartment, and magically the dark and intimate setting allows for emotional truths to surface.

The series finale has to make our list in some way, due to rare instances for a long-running series to conclude perfectly, which Friends does. This episode does not allow the well-placed comedic bits to distract us from the sentimental nature of the show’s conclusion. Despite being a tear-jerking and heartbreaking moment, it was about time for the friends to move on from their lives and ours. The ending ties everything together neatly despite being a little open-ended for us to create a hopeful and optimistic future for the characters.

8. The One Where Ross Finds Out

Ross and Rachel’s budding and overly complicated relationship take center stage in this one. This is when Ross and Rachel finally get together. Well, the first of many that is. This is the episode where the two share an intimate moment and kiss — still a standout moment as it perfectly captures the chemistry between Aniston and Schwimmer’s characters. This moment is the start of a relationship between the two that is rooted in more realistic storylines as it shies away from the typical cheesy rom-com journey of a couple.

7. The One with Monica and Chandler’s Wedding

The producers of the show took their time in milking the relationship between childhood friends Monica and Chandler as it took 3 seasons for the couple to finally tie the knot. However, it wouldn’t be a sitcom if their big day didn’t include a couple of hiccups. The episode brilliantly portrays hilarious wedding tropes such as Chandler having cold feet, an embarrassing rehearsal dinner, and even the unexpected news of a pregnancy which leaves the entire season on a huge cliff-hanger. The two-part episode delivers the right amount of humor in the exploits of the characters with a much-needed heart-warming milestone in the lives of the group.

6. The One Where Ross Got High

Unlike most sitcoms that celebrate holiday specials such as Christmas and even Halloween, Friends takes pride in celebrating Thanksgiving. In this special Chandler finally wins the approval of Monica’s parents after the siblings reveal each other’s secrets on a pretty momentous occasion on their own. This is also the episode where Rachel’s fail attempt in cooking is highlighted. Both sides of the story carry equal weight in the humor department, from Ross being too afraid to admit to his parents that he got high when he was younger, to Rachel’s cookbook having pages stuck together, producing a trifle consisting of beef nestled in between layers of ladyfingers, custard, and jam.

5. The One With The Proposal

There are a lot of classic sitcom tropes in the Sixth Season’s two-part finale, from Richard (Tom Selleck), Monica’s ex coming back in the picture at the worst possible time, to a couple of fake-outs as to whether or not the titular proposal would actually occur. Monica and Chandler’s relationship is the anchor of this hour-long arc and contains an unexpected but well-written ending. Through this episode, all efforts to create a meaningful story for Chandler and Monica finally pay off, as fans are left more than satisfied with the outcome.

4. The One Where No One’s Ready

Ross in this episode is in a state of panic and frustration as he tries to rush everyone out of Rachel and Monica’s apartment, for a special event. On top of this simple plot are layers upon layers of funny moments which all prove better than the next. From Monica spiraling out of control over an answering machine message from her ex to Chandler and Joey’s argument over a chair. There are a lot of exaggerated and amusing situations in this episode that shows how getting ready with your friends for an important event, can turn into a complete nightmare. This episode also includes the iconic scene wherein Joey wears all of Chandler’s clothes and even does lunges in them to annoy his friend.

3. The One With All The Resolutions

It is rare for an episode due to its limited time frame, to create individual moments for each character, however, The One With All The Resolutions is able to accomplish such a daunting task. We follow each of the 6 friends as they commit to better themselves as a new year starts with outrageous resolutions that have humorous outcomes. Take Ross’s resolution as an example. He commits to try something new every day which causes him to purchase a pair of leather pants which in turn results in a humiliating but hilarious encounter.

2. The One with the Embryos

In what can be considered as a truly classic episode in the series, this is one that is often remembered and referenced by fans. In this episode, Phoebe had just agreed to become a surrogate for her brother and his wife, hence the title. This sweet and slightly more serious story is balanced by the iconic battle of the sexes between Chandler and Joey who are up against Rachel and Monica. The stakes are high as the boy’s duck and rooster alongside the girl’s apartment are up for grabs. The witty exchange of interesting facts about the beloved characters is just too amusing to miss out on.

1. The One Where Everybody Finds Out

The cat is out of the metaphorical bag in this episode as Monica and Chandler’s relationship is discovered by the rest of the gang. At this point, Joey and Rachel already know about the said relationship, and Phoebe finally finds out as well. This revelation leads to an intricate web of mind games amongst friends, as she prefers to mess with the couple, rather than come clean. The climactic portion of this exchange is a sentimental moment that raises the stakes considerably for the next episodes to come. The episode is so steeped in the comedy ante, that it caps it all off with Ross finding out about the relationship as well, in the most hilarious manner.

This list barely scratches the surface in terms of the memorable, hilarious, and emotionally wrecking episodes that Friends has produced. And to be fair, it really is difficult to pick a handful from their library of 236 episodes. It is undeniable however that the show has left a long-lasting impact whose legacy will continue for generations to come. Beyond the show being a source of comic relief the show serves as an introspective mirror into our own lives and the friends that we hold dear to us. Producer David Crane encapsulates the premise of the show so brilliantly when he shared about the show’s inception in Friends: The Reunion.

“It’s about that time in your life when your friends are your family,” said Crane.

You can catch all of the antics of the gang on Netflix with all 10 seasons. And whether you are revisiting the show or it’s your first time to see it, this is the perfect time to be reminded of the important relationships that we must cherish even amidst all the ups and downs that we may face together. Check out some of our articles now for more of Friends and their Reunion Special and even our Top 10 picks ’90s films on Netflix.