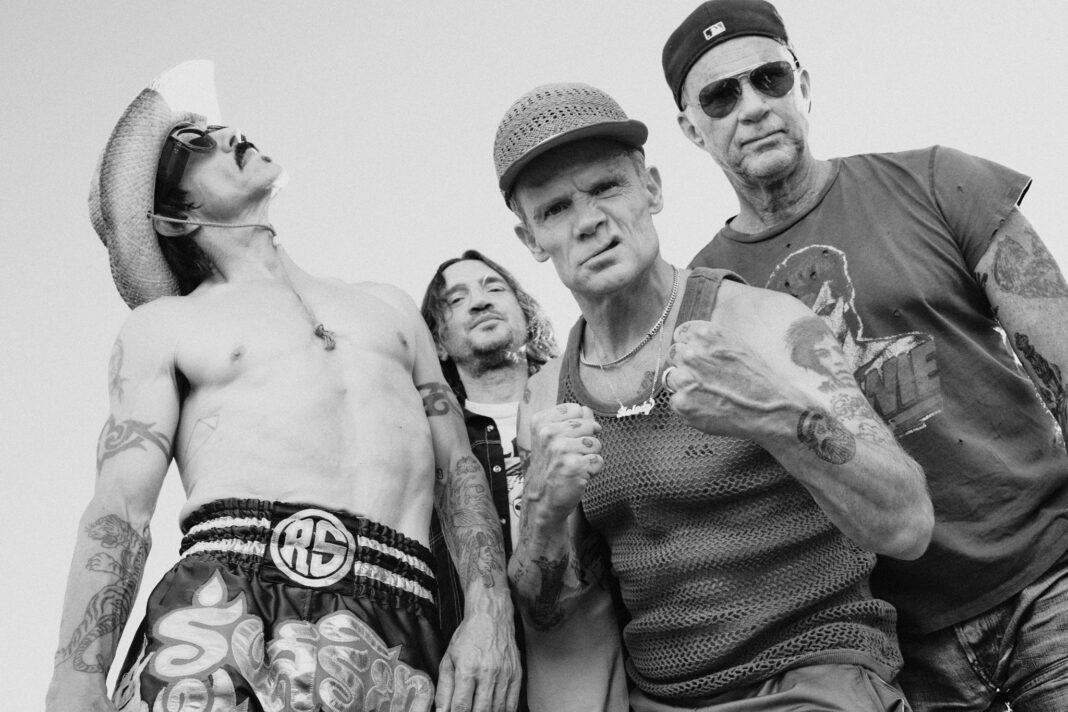 Music these days are more of a come-and-go affair: you’d be hard-pressed to see musicians dish out new music for decades. That’s not the case with Red Hot Chili Peppers: the legendary rock group proved that they are still strong with their latest album Unlimited Love.

What makes their 12th studio album special is that it’s a reunion with guitarist John Frusciante, who was part of the Red Hot Chili Pepper’s iconic albums Blood Sugar Sex Magik, Californication, and Stadium Arcadium. Despite the band being close to 40 years in the industry (Anthony Kiedis and Flea started the band back in 1985).

Is Unlimited Love a homecoming for the legendary rock band? Let’s hop in.

A throwback to their earlier works

While I was able to watch them live back in 2013, their overall sound was different since it was Josh Klinghoffer on guitars. With Unlimited Love, Frusciante’s signature guitar riffs are well felt, especially with Black Summer, which made me reminisce about their Californication days–it’s like a fun trip back to the 90s.

Other songs that best showcase Frusciante’s guitar riffs are The Great Apes, It’s Only Natural, and She’s a Lover. As someone who has been following the band since the 90s, there’s a different kind of magic with Frusciante on the guitars.

Aside from the signature guitar riffs, you get a dash of their older funk-rock vibe, especially with Kiedis’s talking-rapping tracks like Poster Child, One Way Traffic, and Whatchu Thinking. As a 90s kid, it’s fun to see these guys still have it–despite the majority of them entering into their 60s. 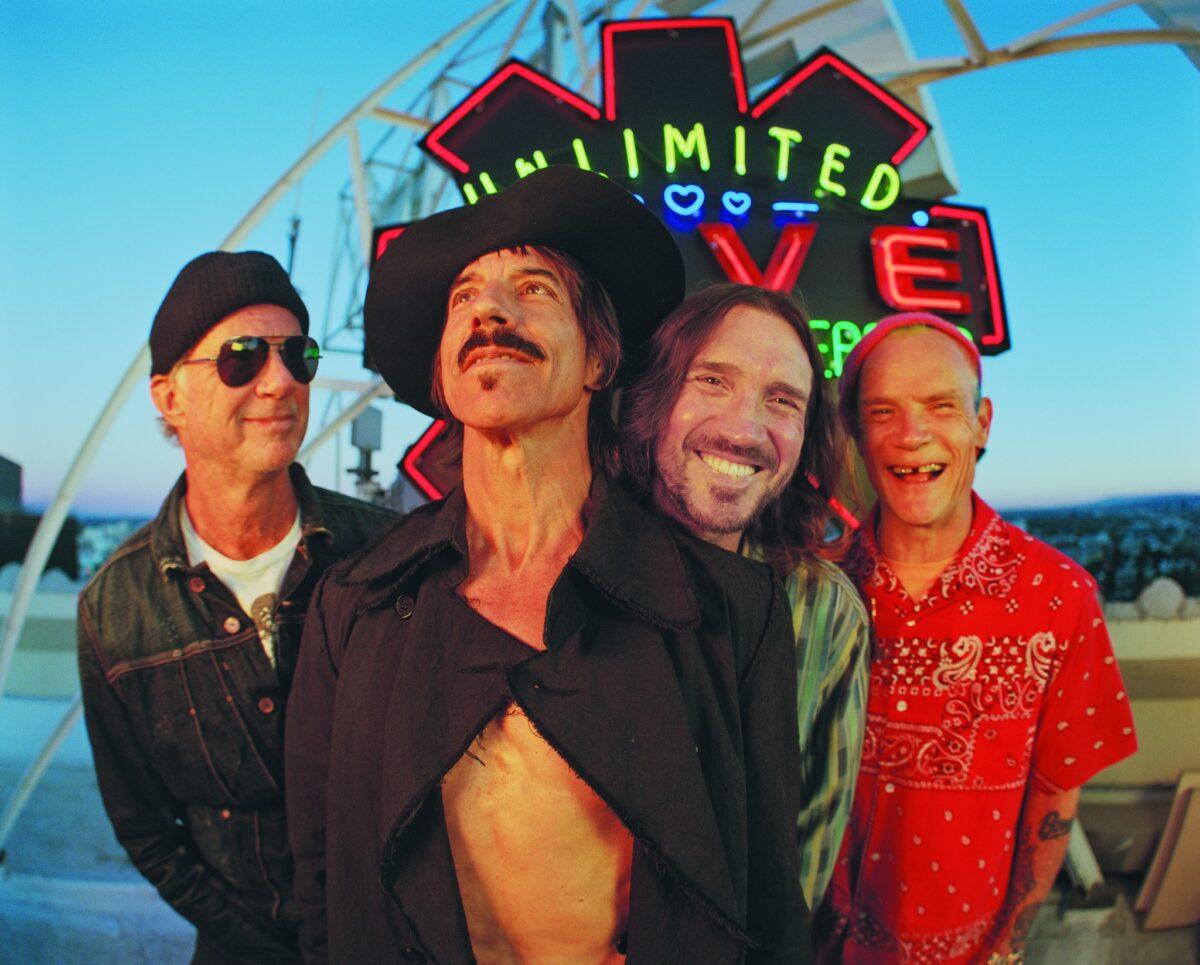 As subtle as their recent works

Just like The Getaway and I’m With You, Unlimited Love has a more mature vibe overall. Gone are songs where the Red Hot Chili Peppers would sing about drugs, sex, and other things (and if they did, the #MeToo movement will be hell-bent on persecuting them). Instead, the songs in Unlimited Love are more reflections of their lives. After all, we are talking about a group who has practically seen it all through their almost 40-year career.

Nothing new or groundbreaking

Unlike other musicians where you expect something new and groundbreaking with every album, Unlimited Love does not really bring anything new to the table. It’s not really a bad thing per se, since the Red Hot Chili Peppers have nothing else to prove–they have already been inducted to the Rock and Roll Hall of Fame, and recently received their very own star at the Hollywood Walk of Fame.

Even if there’s nothing really new about Unlimited Love concept-wise, the biggest factor here is their staying power–and especially the fact that the group got reunited with Frusciante after more than a decade. If that’s not how you define unlimited love for music, I don’t know what other things can best define the longevity of the Red Hot Chili Peppers. 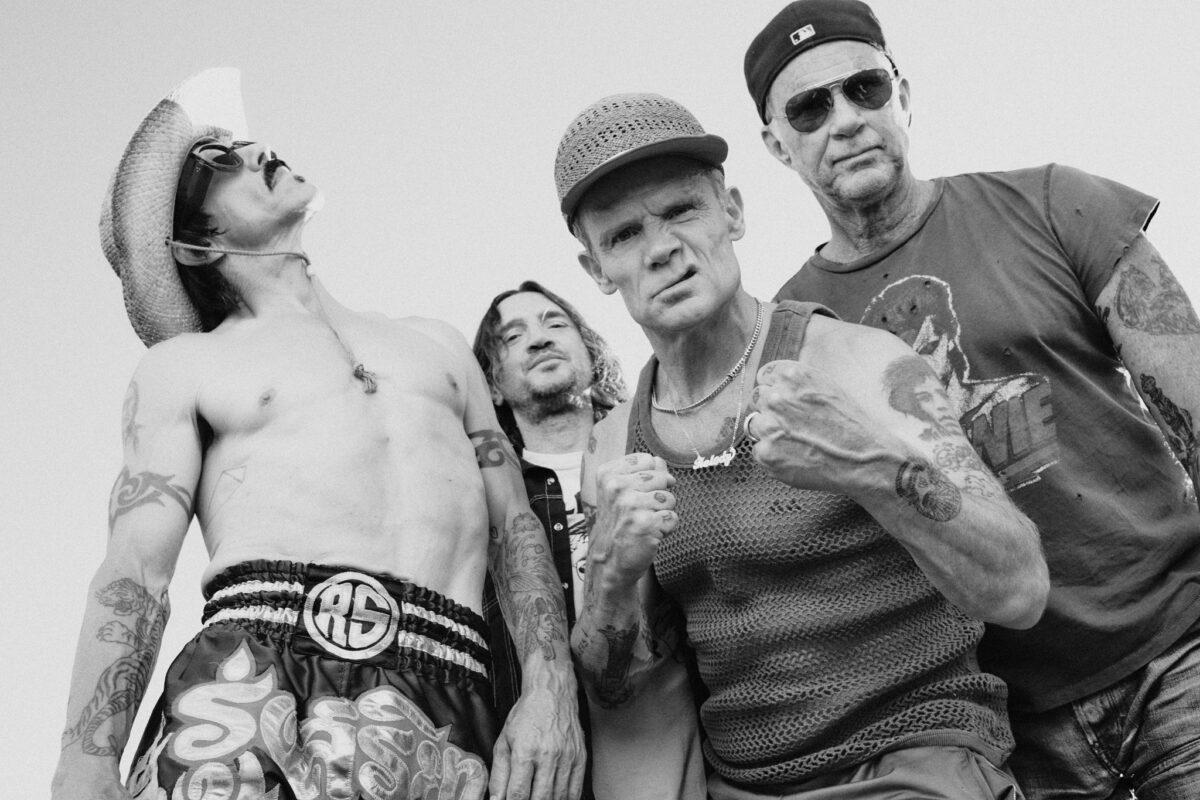 Let’s face it: even if the Red Hot Chili Peppers is not offering anything new or groundbreaking with Unlimited Love, it is still a great album to showcase that they are a living example of how to remain relevant in the music industry despite their legendary status. 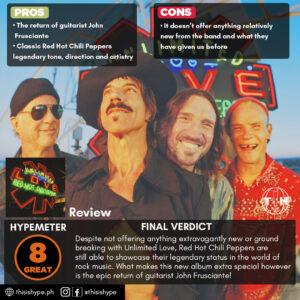